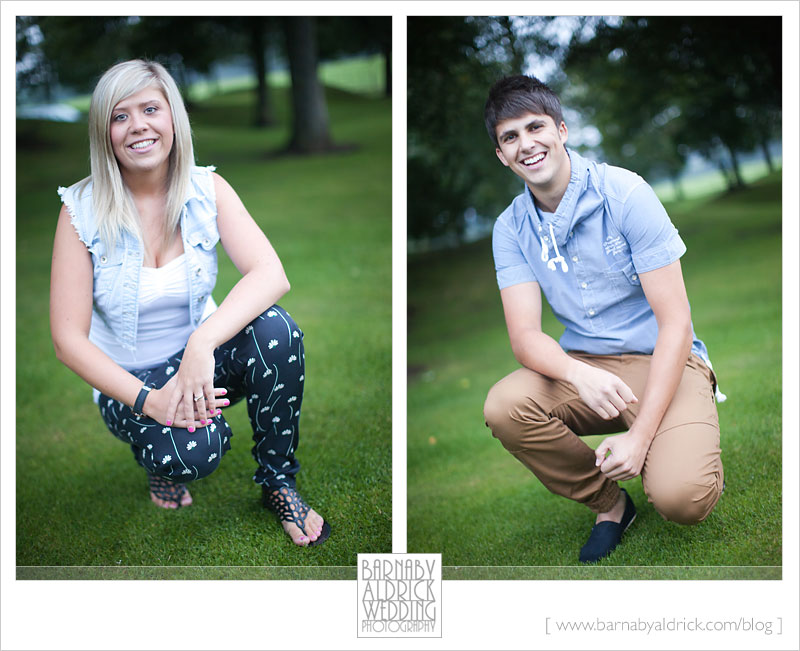 Last Friday I met Emma & Ryan for their pre-wedding practice shoot at Bolton Abbey in the Yorkshire Dales.

They’re getting married at Woodlands Hotel in Leeds, but as I’ve shot there loads of times before I asked if they fancied doing their shoot somewhere special to them.  As for me too, Bolton Abbey’s a place Emma & Ryan have visited many times over their lives, from picnics as kids right up to more recent romantic strolls, so they asked if we could meet there.  It’s a fab area and I’ve done a few pre-wedding meets there before, such as this one around the strid and this one in the snow. 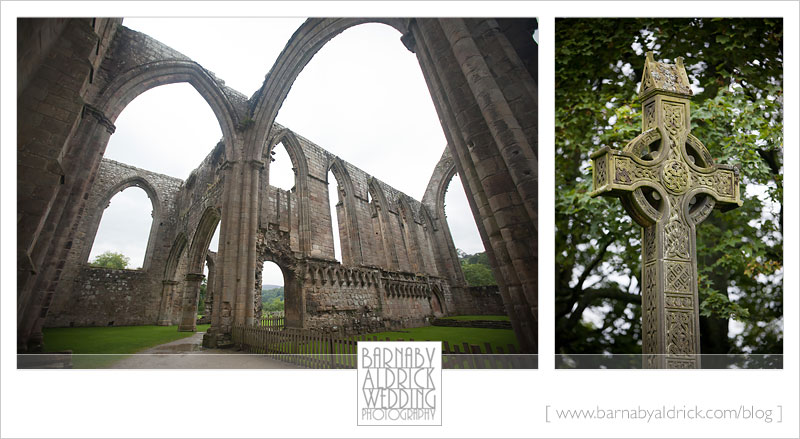 We met there at 7pm on a gloomily rainy day, but whatever the weather, the Abbey ruins and surroundings looked great. 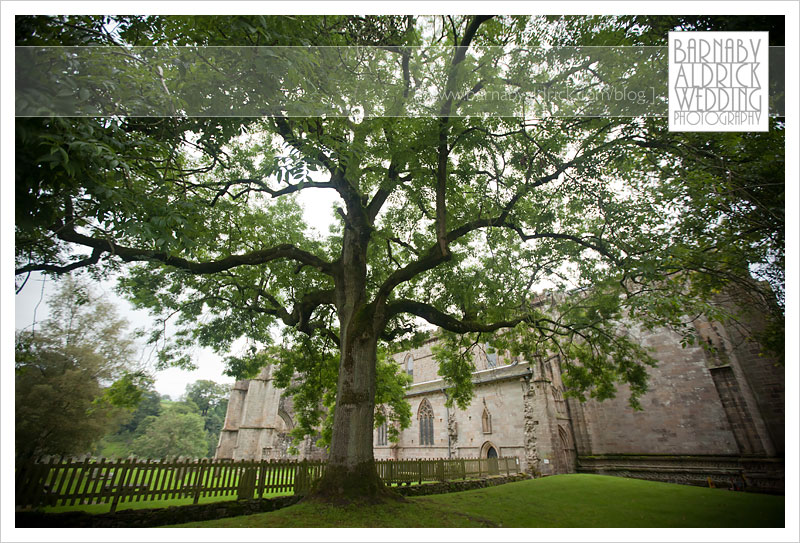 I arrived a bit earlier to scope the place out a bit, and liked the view from under this imposing, ancient tree. 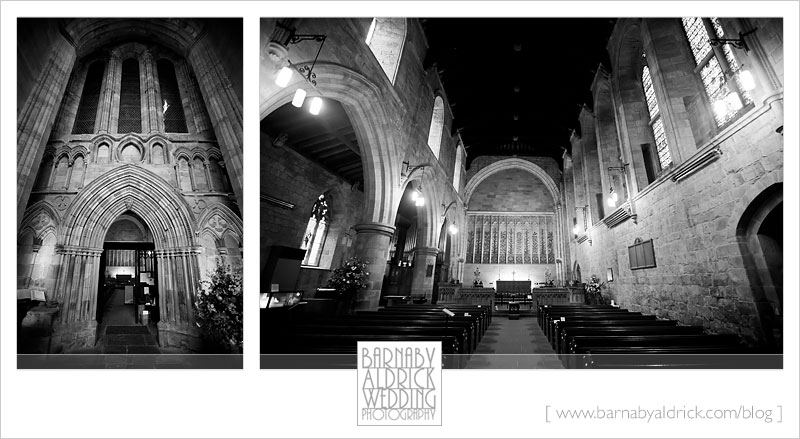 I’ve photographed weddings around and about the Dales, but haven’t actually ever shot inside the Abbey Priory.

So in I popped for a little nosey. 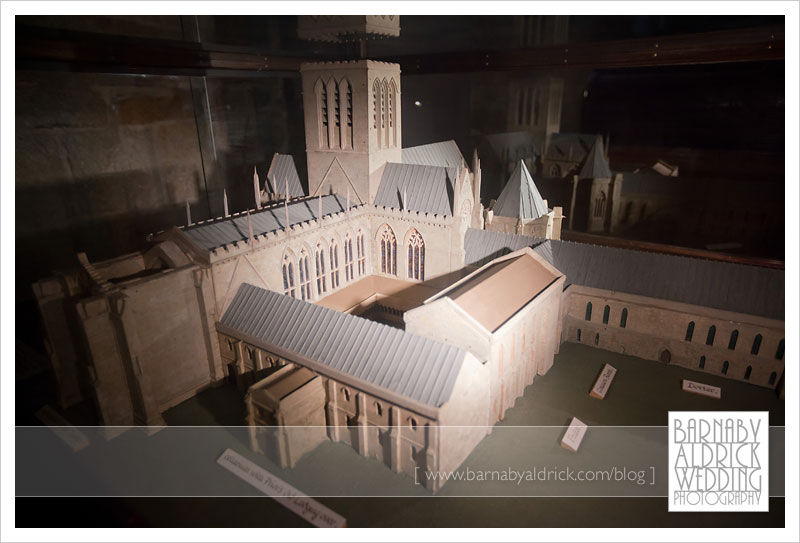 Inside there was an impressive model of how the Abbey looked before Henry VIII’s boys went and bashed it in. 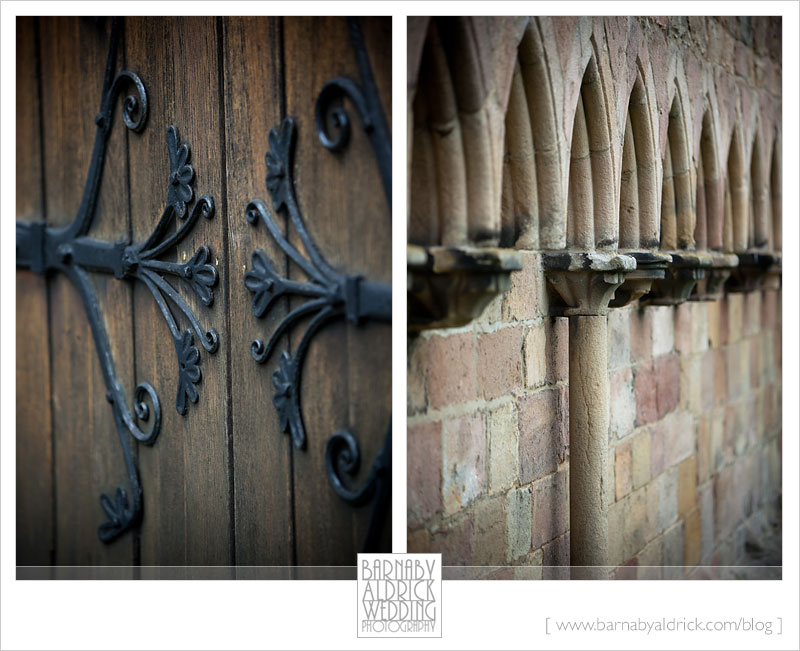 There are loads of ace details around and about 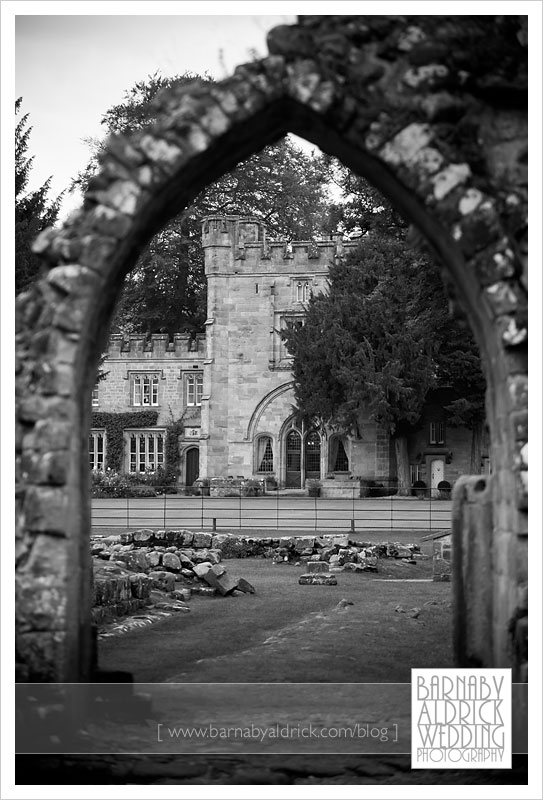 and loads of cool archways to frame people under.  I liked the look of the grand building in the background. 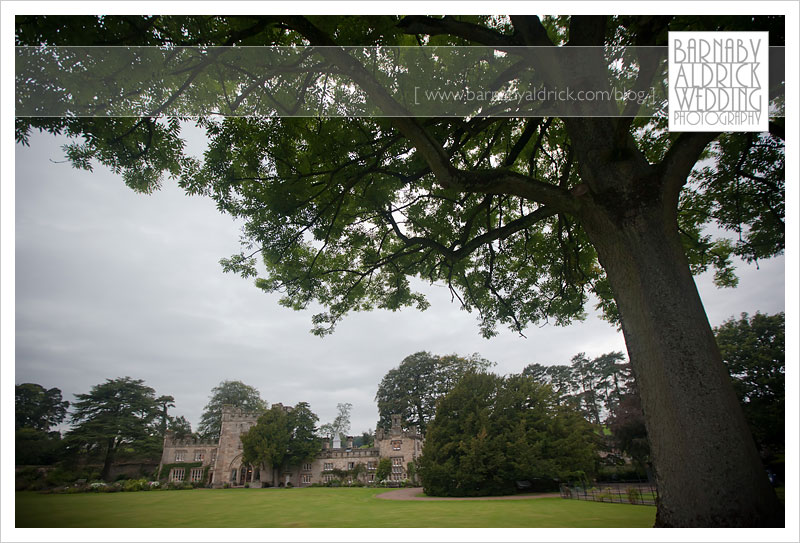 When Emma & Ryan arrived, I suggested we try a kick off finding a few spots in front of this ace building.

We wandered in, only to find a butler up in our grill telling us we’re essentially trespassing on Duke & Duchess of Devonshire’s property.

Turns out we were wandering around their garden.  D’Oh! 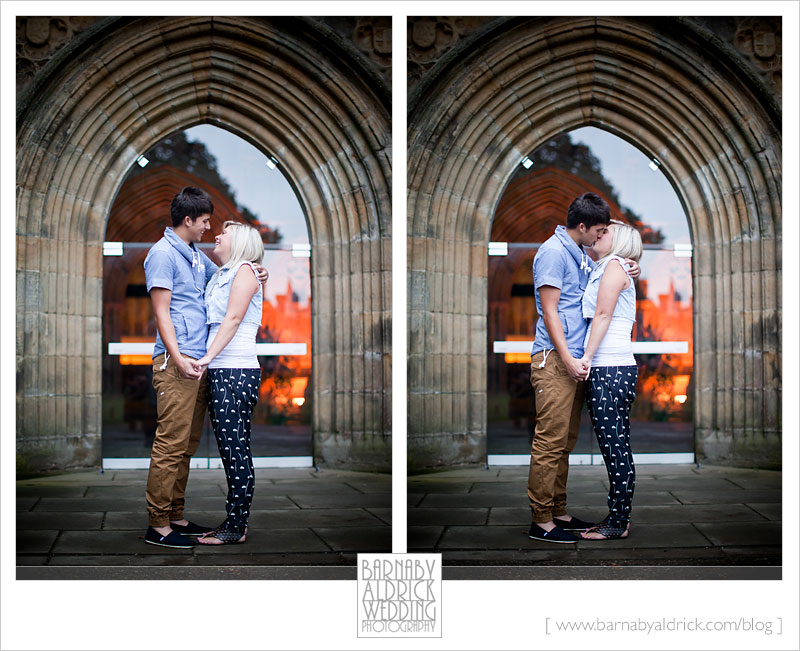 So we sheepishly headed back to the abbey church entrance and began the practice portrait shoot there! 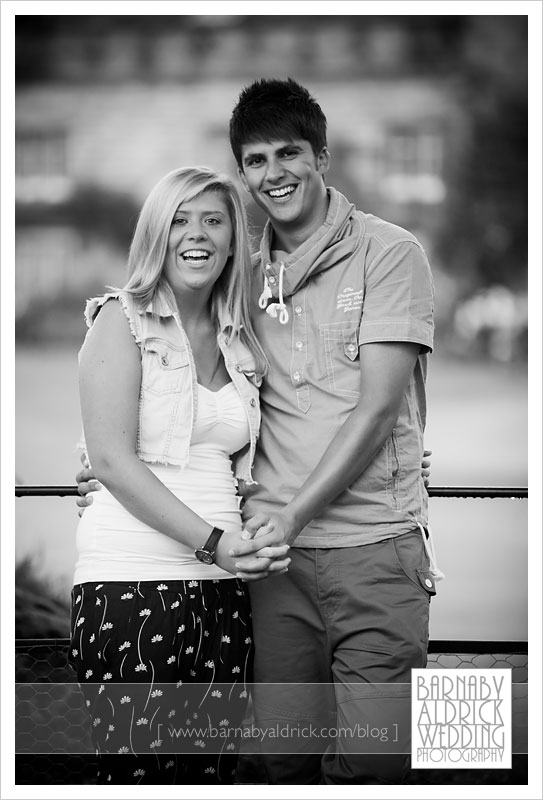 The practice shoots for me are so important.  They show my couples what I’m looking for and how it feels to be photographed, and also show me how awkward a couple find being publicly intimate in front of me! 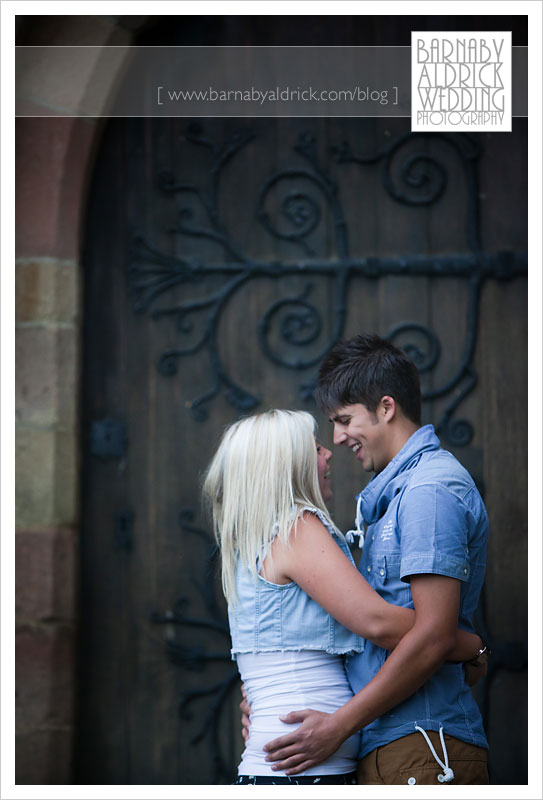 These two were really natural together, and seemed to find my chatter amusing. 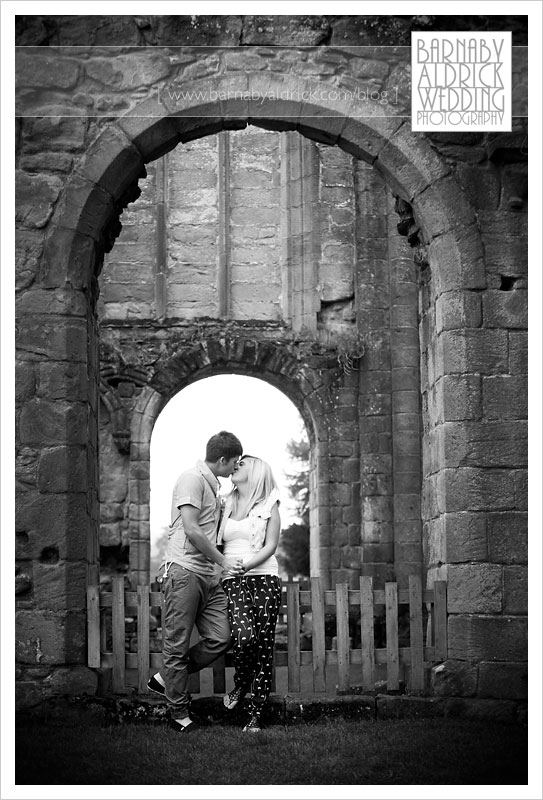 As I said, lots of arches to frame people in! 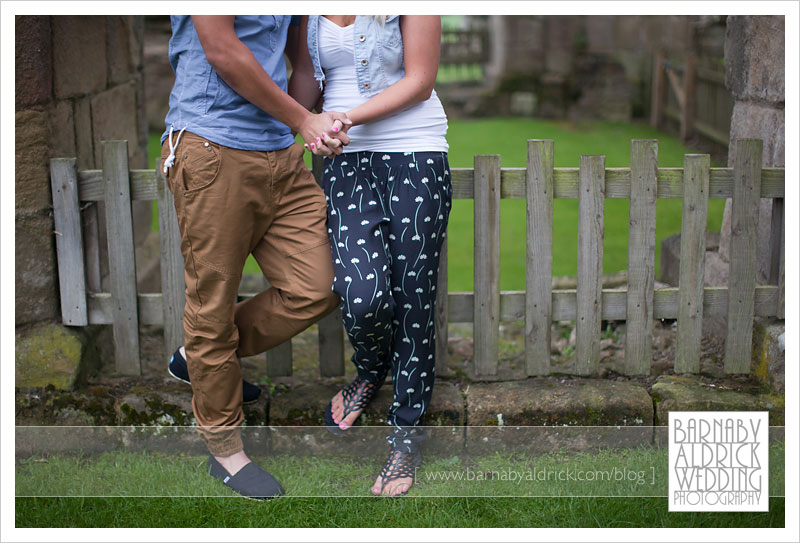 I loved their choice of clothes.

I’ve a pal who also own’s a pair of ‘Skinny Carrot chinos’ and I don’t think in a million years could I pull them off myself. 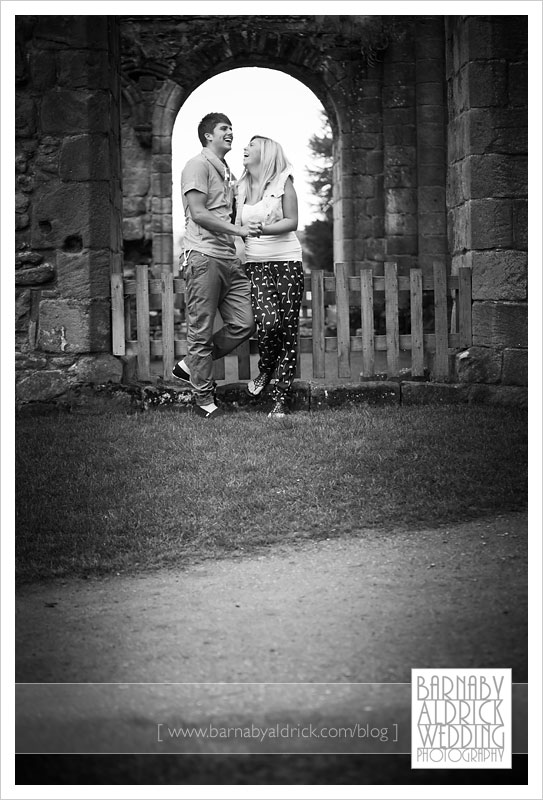 For me, it’s about showing couples enjoying each other… 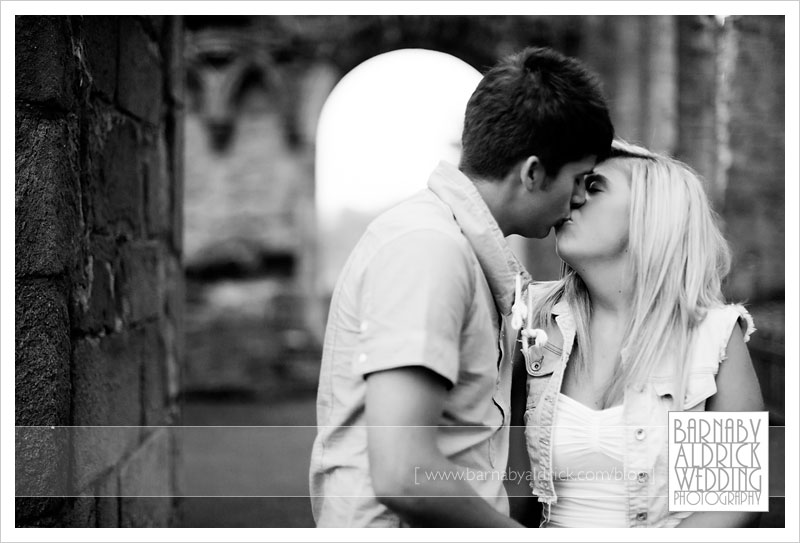 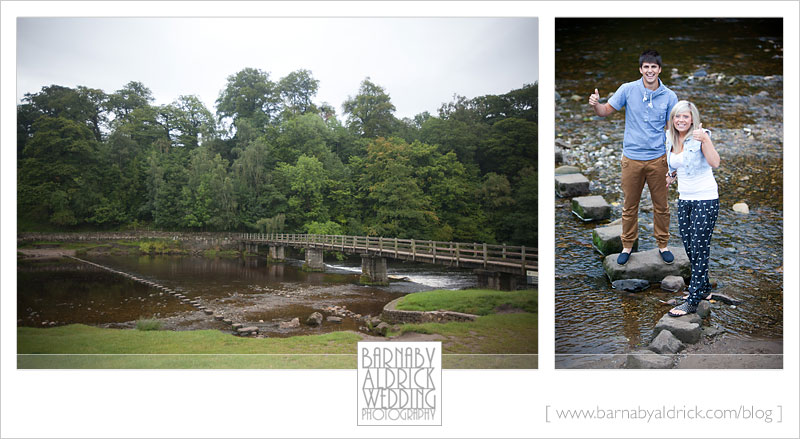 …and generally having fun!

There’s a cool set of stepping stones across the river at the abbey, so we had a little play there. 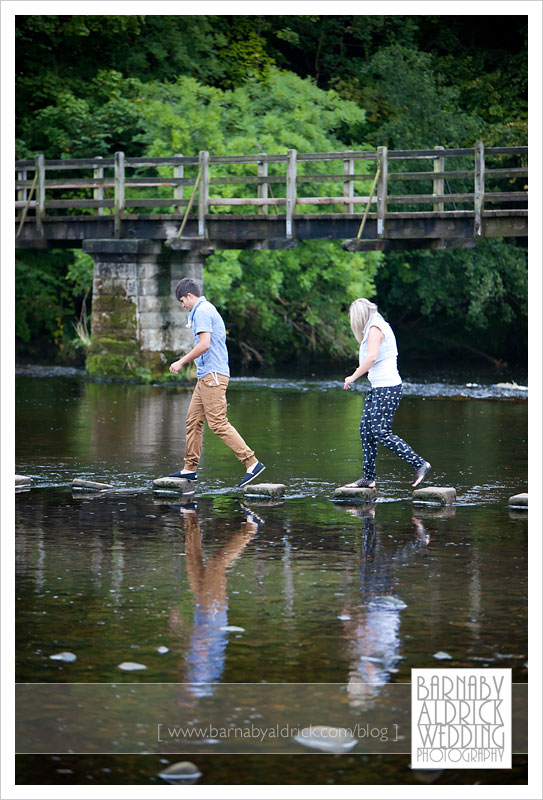 Some of the stones are actually impressively far apart! 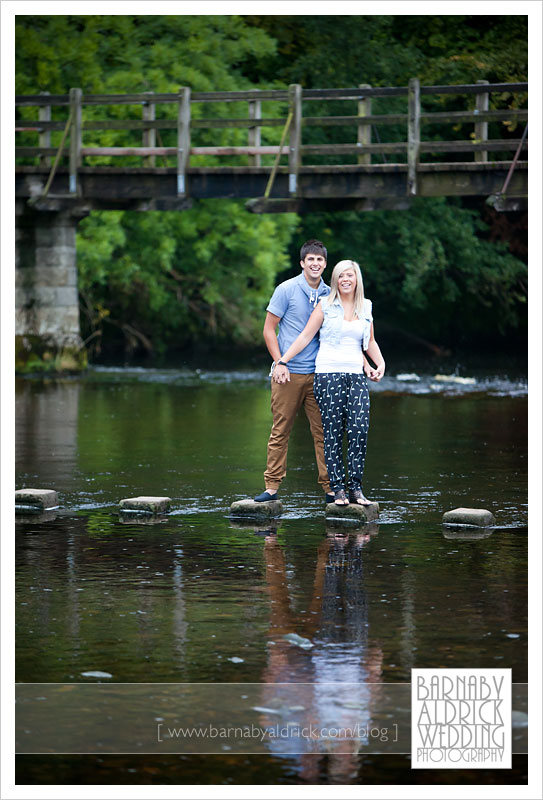 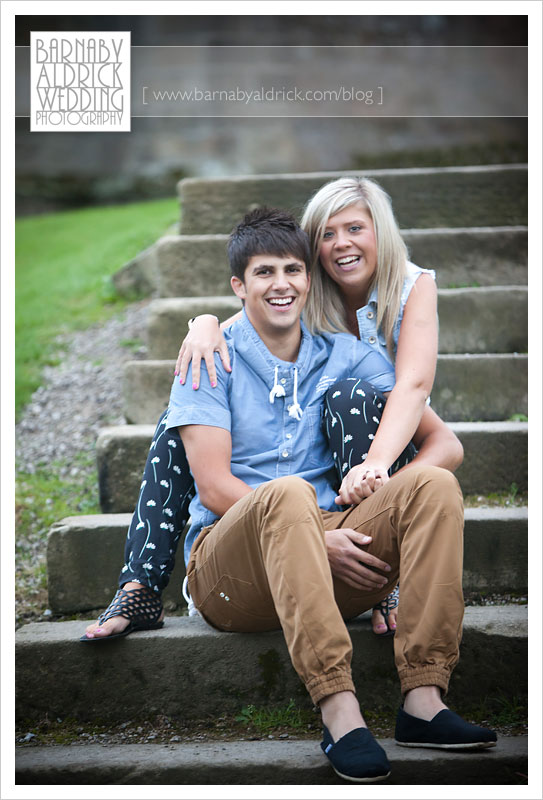 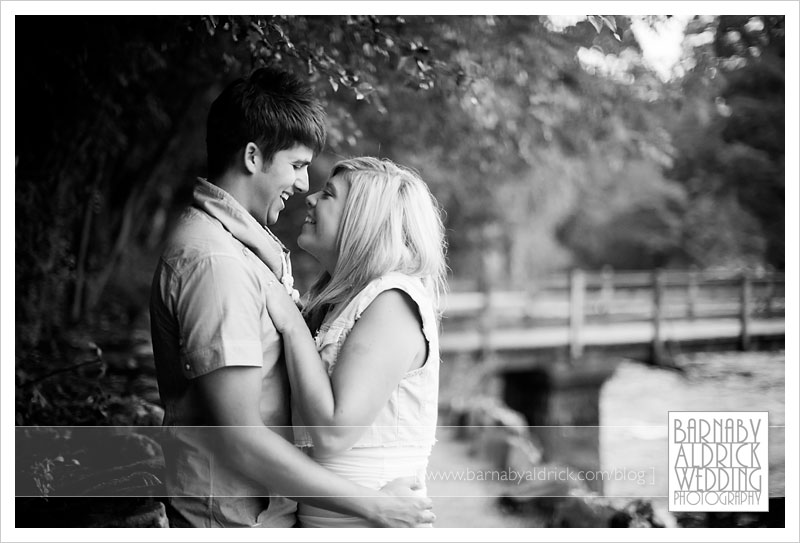 This one’s probably my favourite of the day.

At this stage I could see that they’d got through the weirdness and were much more relaxed about being photographed! 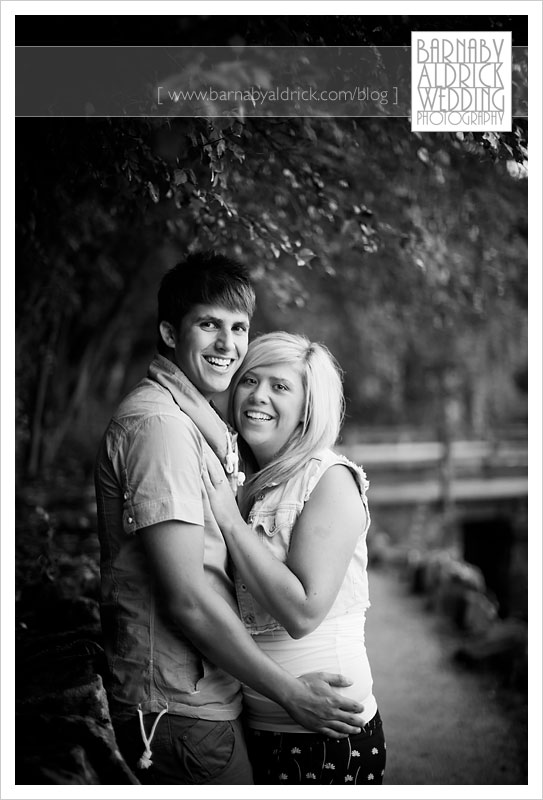 I love this natural portrait too. 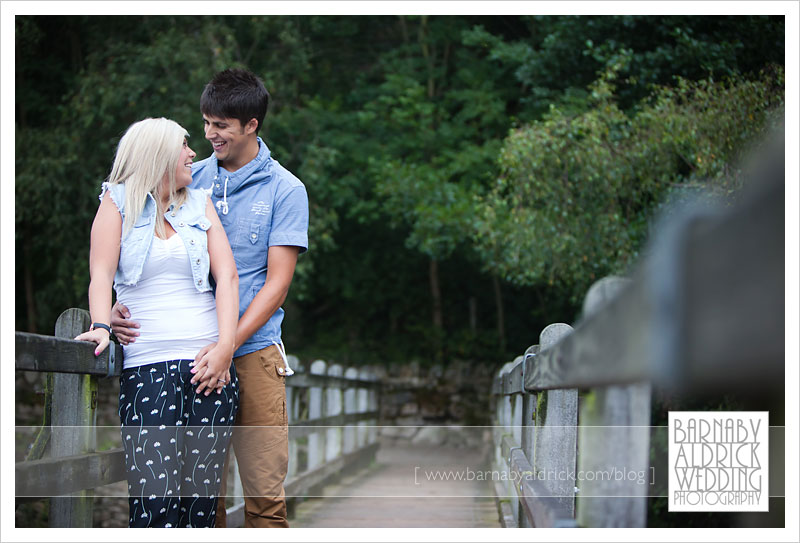