It’s pre-wed central at Barnaby Aldrick Wedding Photography at present; and I’m chasing up and down the country meeting couples ahead of a busy season! 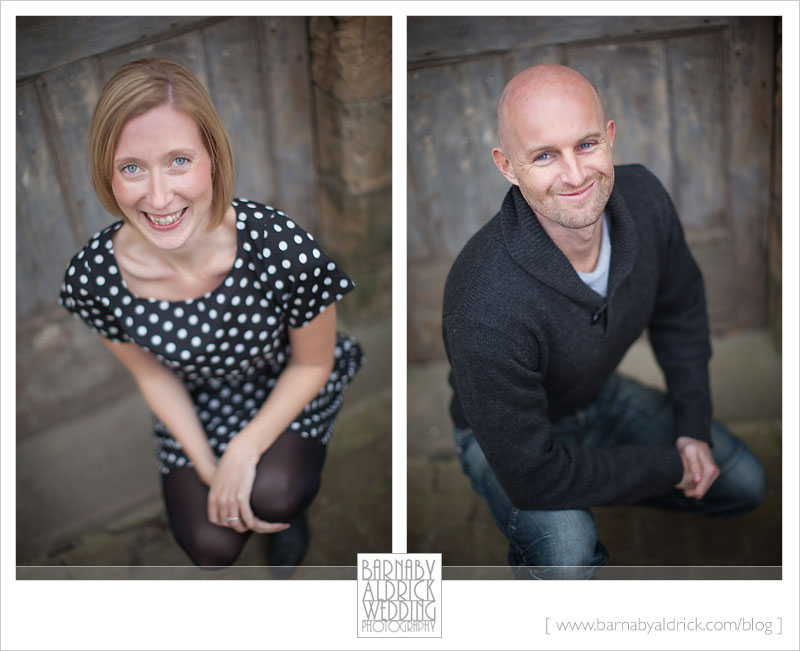 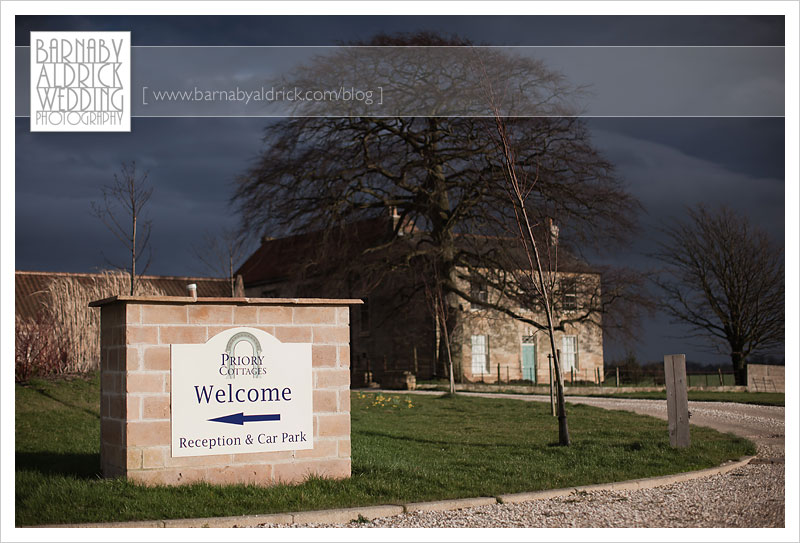 …Priory Cottages at Sinningthwaite, near Wetherby in North Yorkshire! 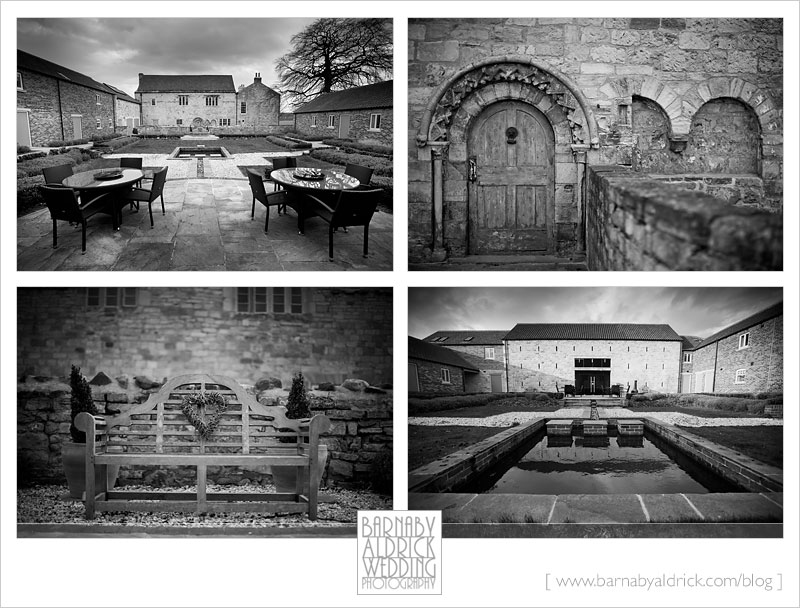 It’s such a stunning place to have a wedding (one of few I’d even consider having my own at!), and is based in a farm that contains the semi-runis of the 12th Century Sinningthwaite Priory.  The farm itself is mainly arable growing wheat, potatoes and oil seed rape, and in the summer the full fields of wheat make a great background in which to shoot (as seen at a previous pre-wedding shoot I did there – here).  However, in recent years, the farm owners restored a dilapidated barn and built seven new cottages in keeping with the Priory.  With the courtyard gardens it’s become a super popular, ultra-modern wedding venue!

I simply loved the last wedding I shot there (check out the highlights here), so I’m giddy about returning again! 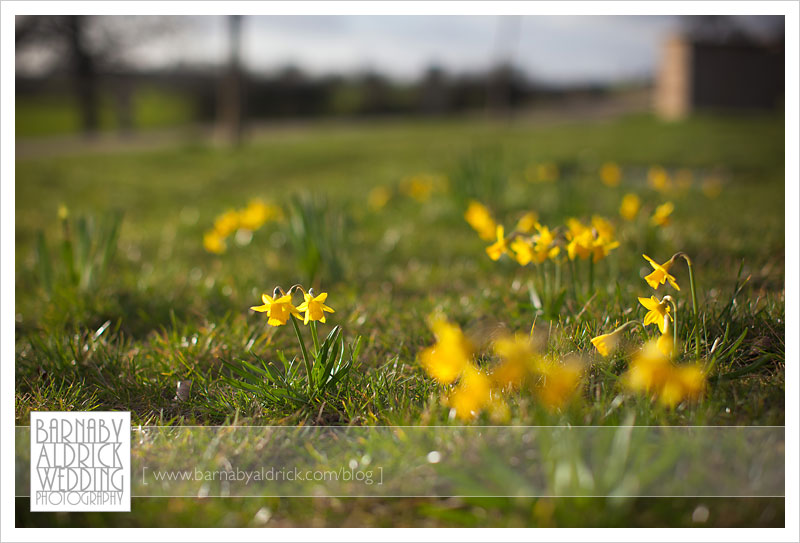 On this visit spring has clearly sprung, and there were loads of baby daffs poking their heads out & enjoying the sunshine 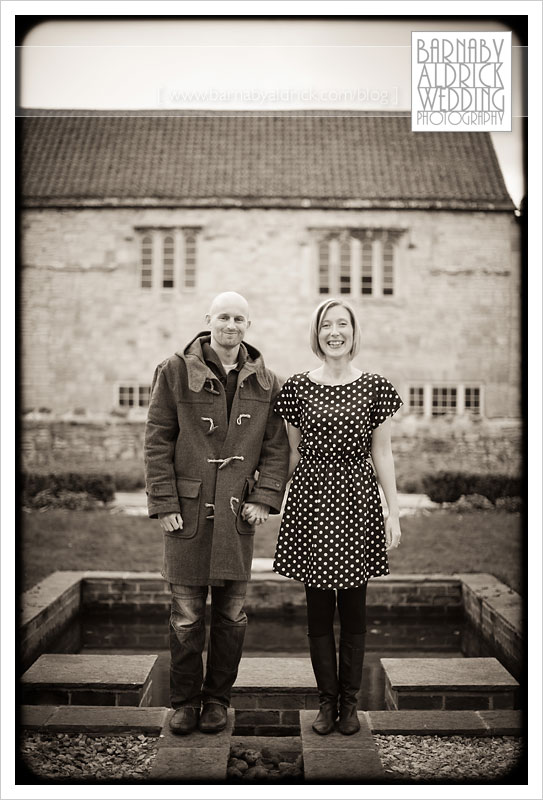 And here are our lovely couple, limbering up at the start of the shoot, getting used to the weirdness of being papped for the first time! 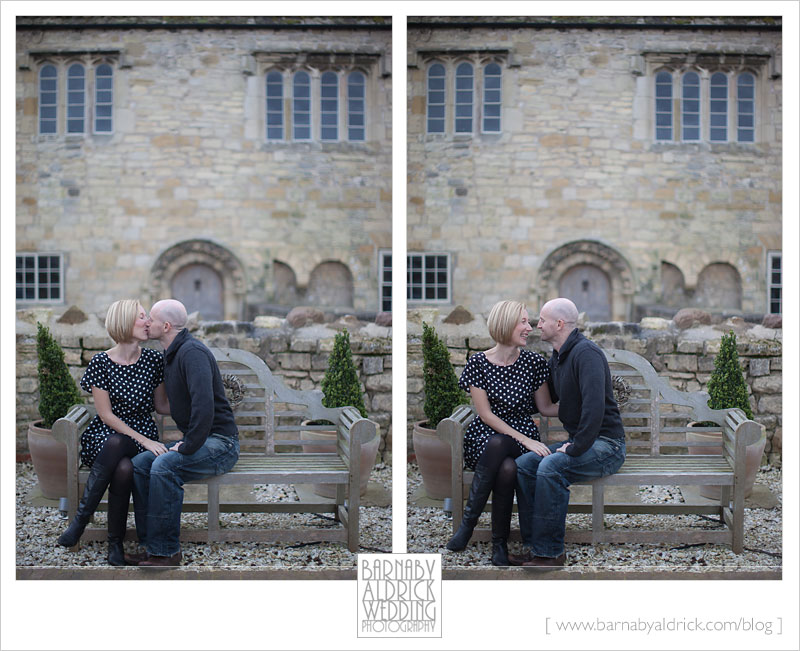 I let them settle on the Priory bench for a little smooch.

There are loads of spots to use, a stones throw from the main barn. 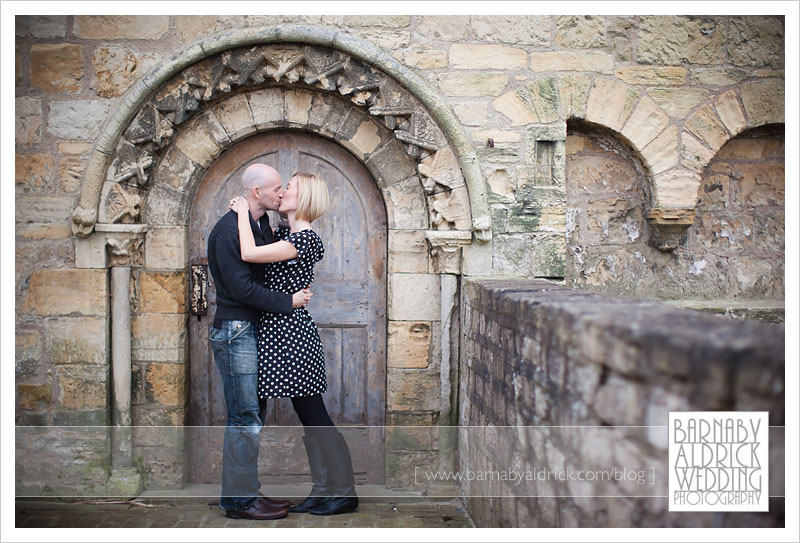 My fave spot is in front of the old Priory itself.  The arches make a great frame and the wall leads the eye in. 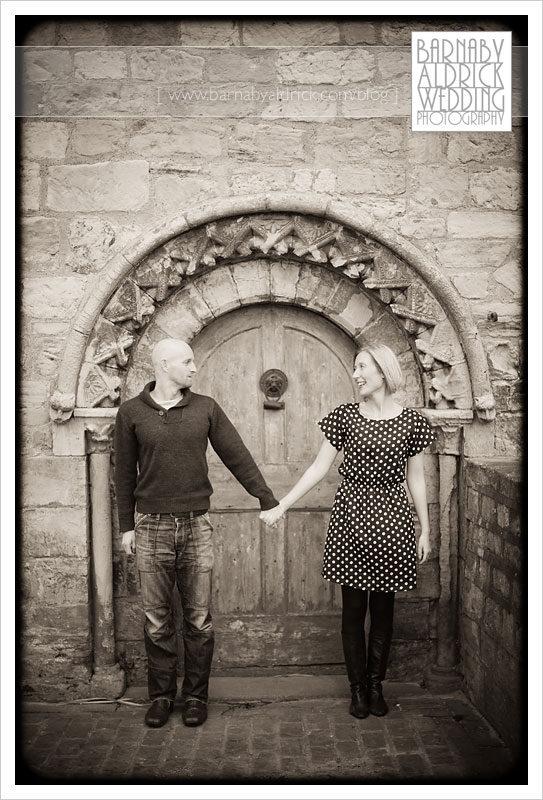 I quite like this stark kind of pose, standing apart looking at one another.

A natural pose, focussing on Katie, while Nick tries to keep a straight face givin’ it ‘strong man staring down the middle distance’ face

Completely unbeknown to both myself and Katie till we met, but Katie and I went to the same school and she was in the year below! 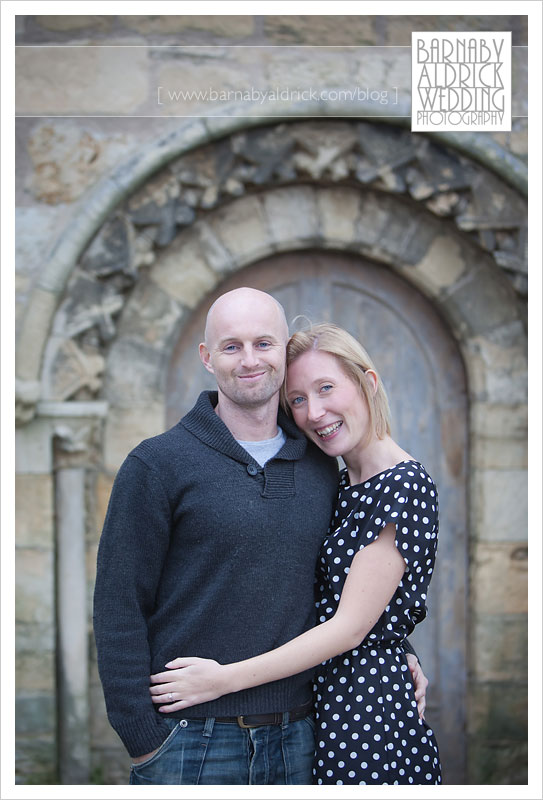 Alright for some eh?!

Because they’ve come so far, we’re doing their pre-wed shoot today before their wedding this Saturday!  So it’s all system’s go for them at the mo. 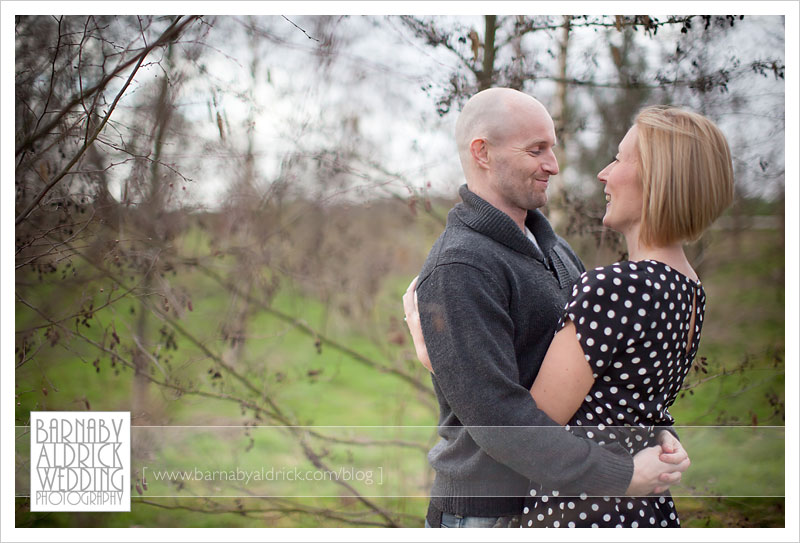 The gloomy grey, unpredictable weather wasn’t something they were used to in Bangkok! 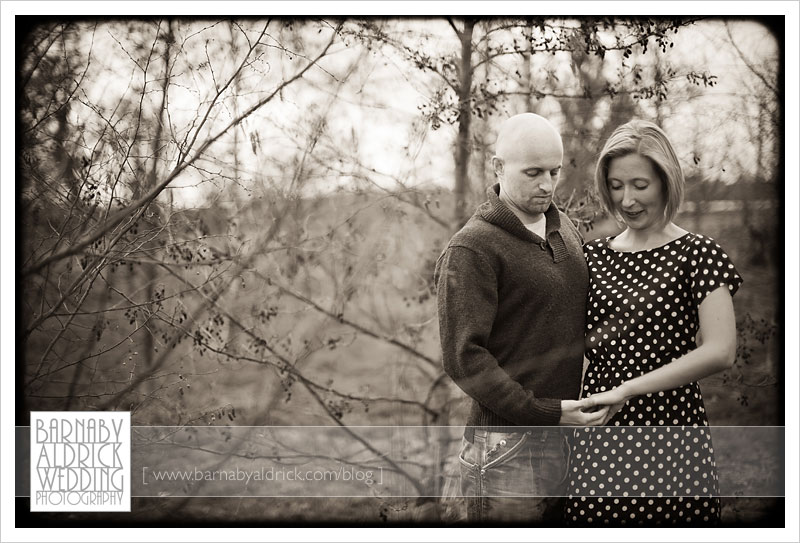 I like this natural one of them looking at Katies ring.  I didn’t ask them to do this, but rather like the result. 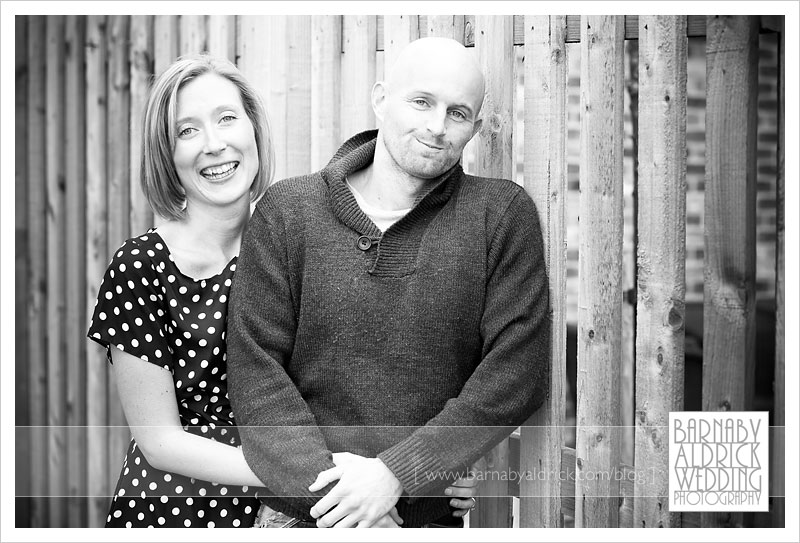 Getting slightly more used to the process, towards the end of the shoot! 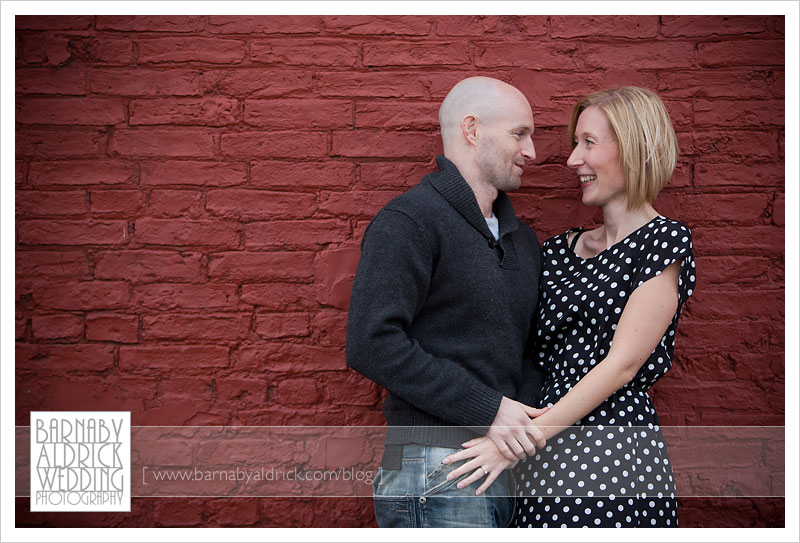 One of the farmers cottages by the carpark at The Priory has a wall painted red, and I think it makes a great full colour background!

You can find backgrounds anywhere, when you’re looking out for them! 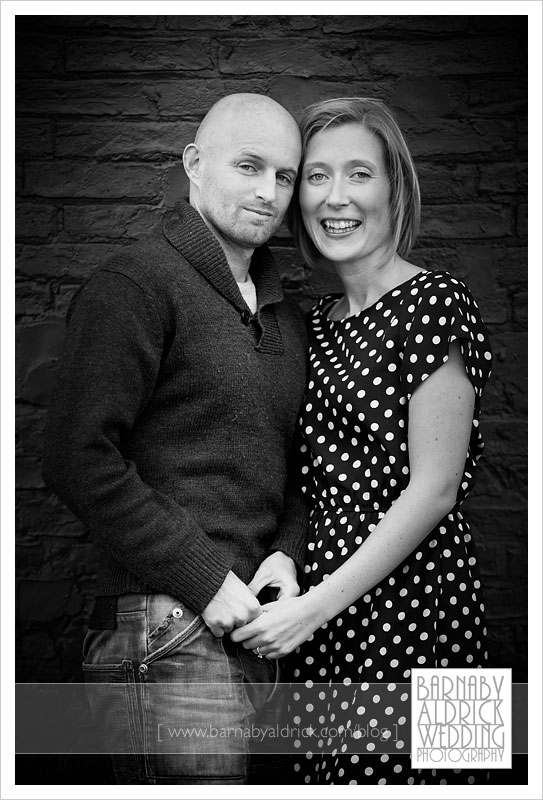 The same background looked great in black and white too!

I think Nick looks ace in this one, all cool and serious. 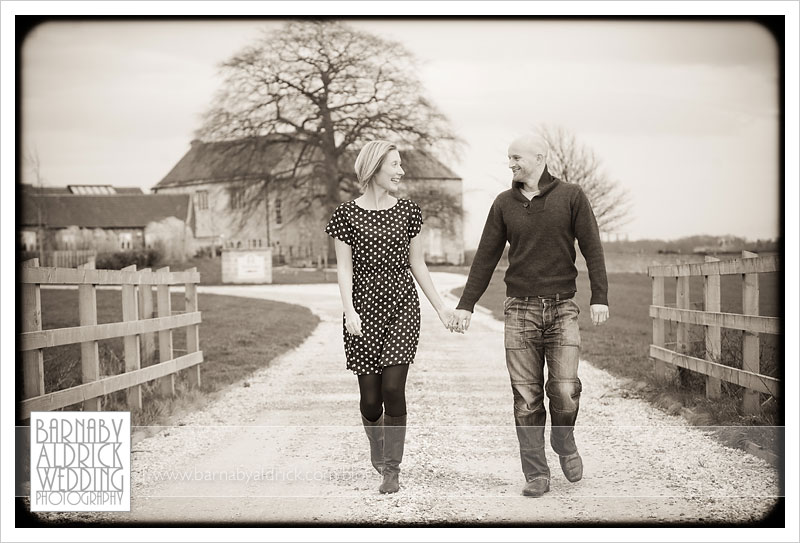 We took a little stroll down the long drive, which in the right light (and looking the other way) looks almost like Tuscany! 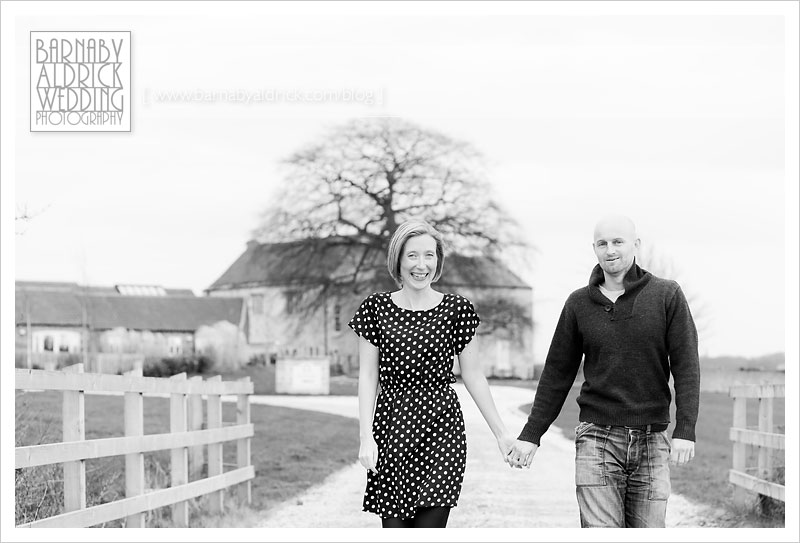 But as usual, the sun was in for most of the shoot, and as soon as we were done and I’d done my farewells, out it came, all low and beautiful for the rest of the evening! 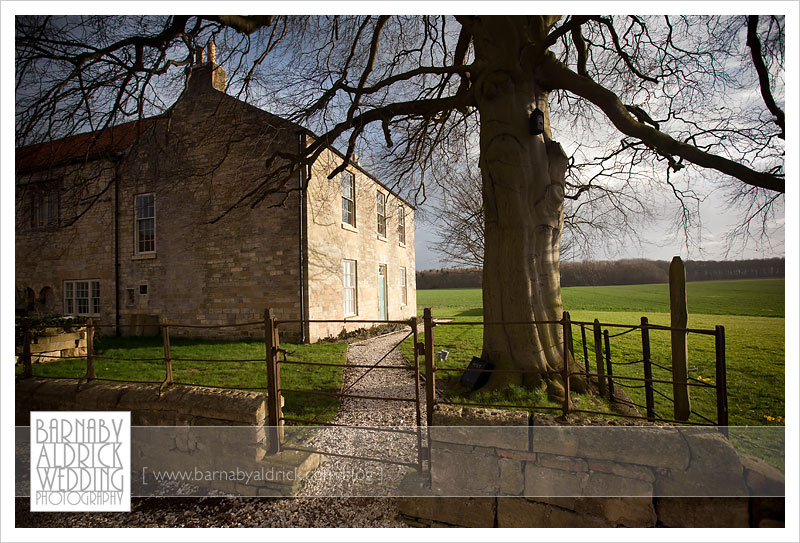 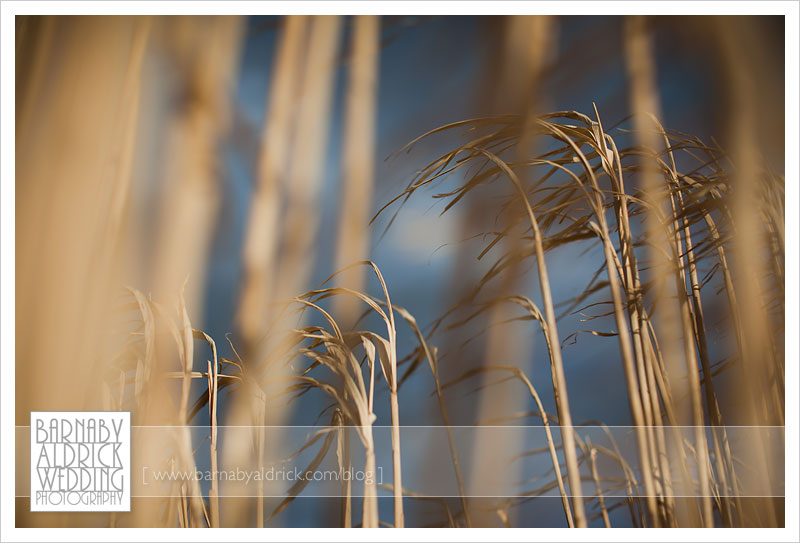 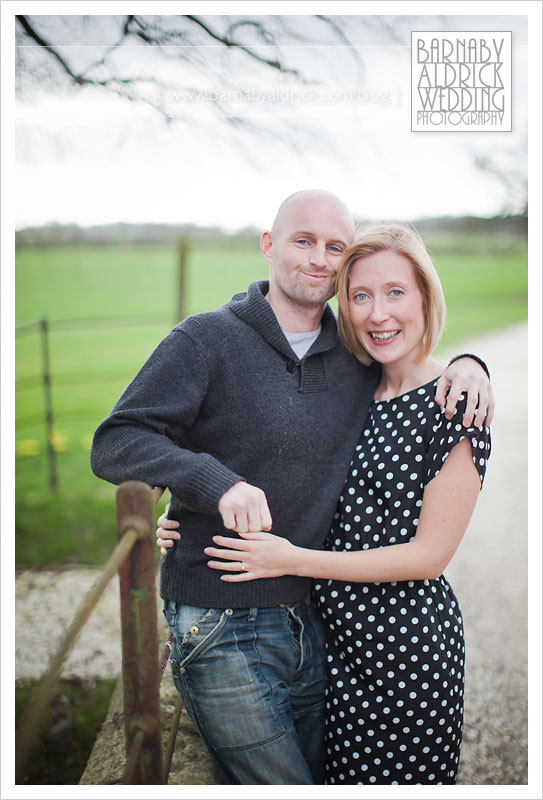 But the pics came out beautifully, and as always, it was great to have put them through a practice shoot.  They not only make the actual wedding portrait shoot much more natural but more importantly, it makes the shoot faster, so they can get back to the party! 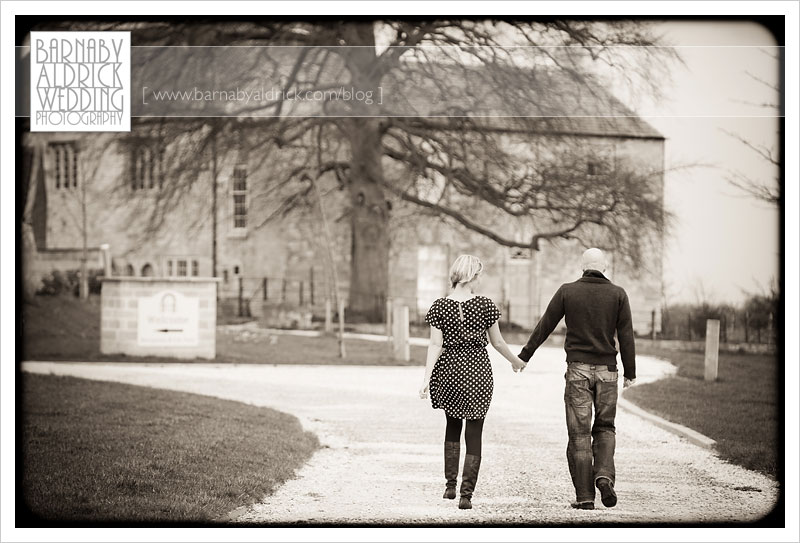 [ I’ll be posting their wedding highlights on Sunday or Monday next week, so stay tuned! ]