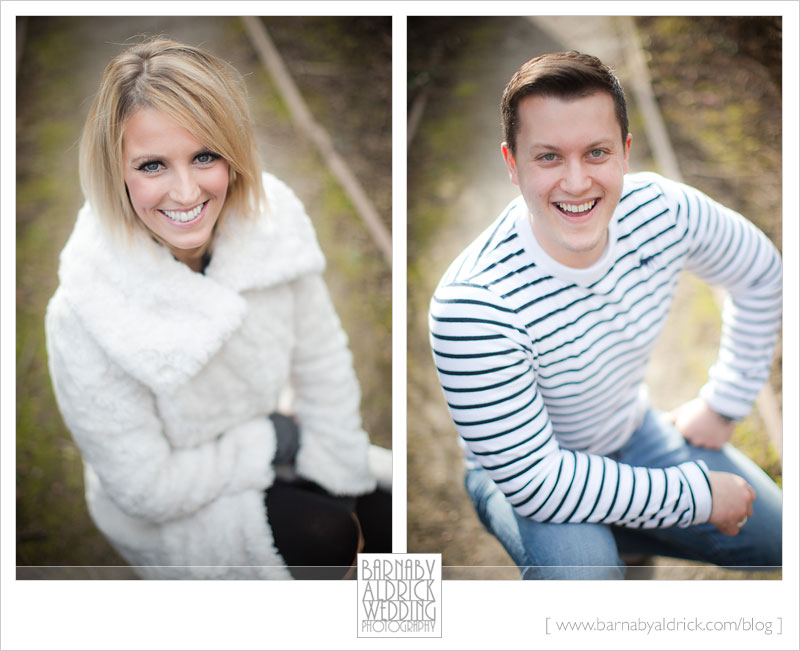 Another cool couple I met recently for their pre-wedding shoot was Amy & Dan!

They are getting married at Combermere Abbey in April, on the Cheshire/Shropshire border. 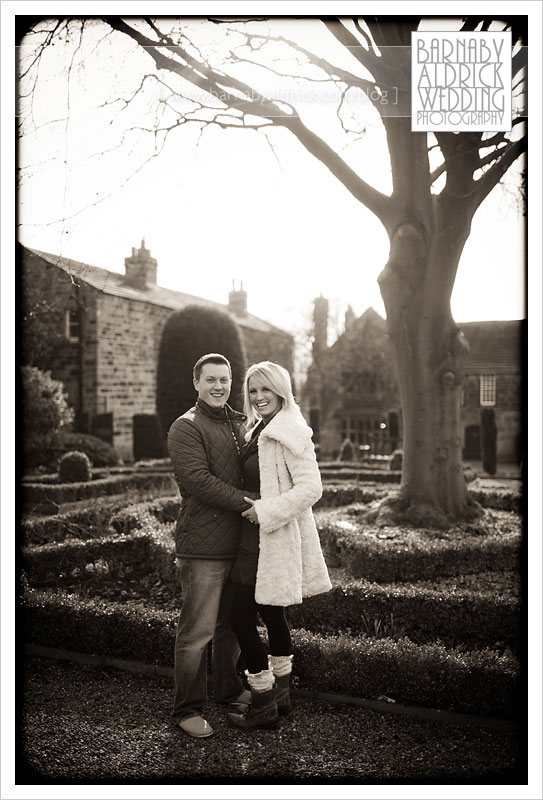 As it’s a good 2hr drive from Leeds, we decided that we’d do the pre-wedding practice photo shoot at Oakwell Hall near where they live.

I’ve never been before and it was a stunning venue, built in the 16th century, with a very similar vibe to Holdsworth House in Halifax 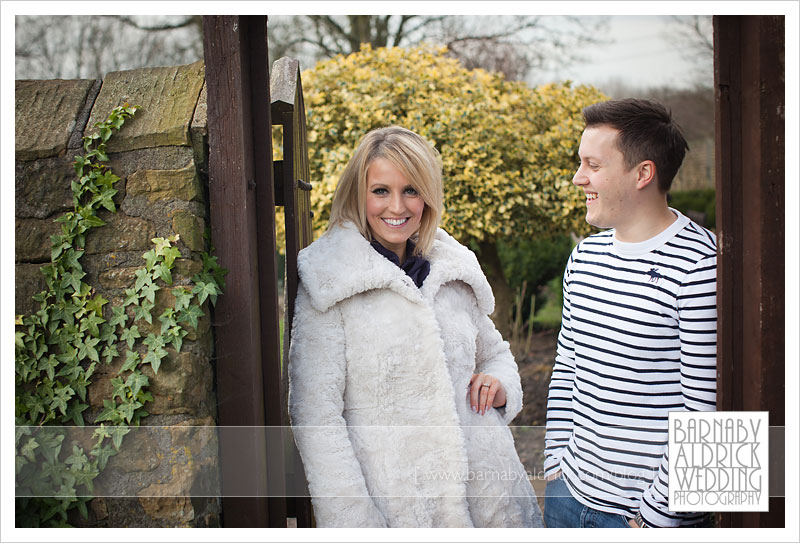 It’s also got a particularly enchanting walled garden, with loads of cool door frames to pose in! 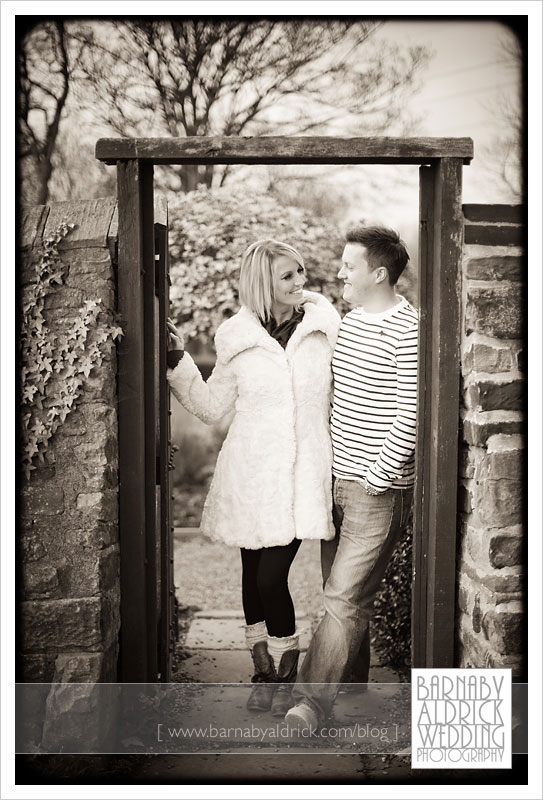 Dan & Amy are really creative individuals and Dan’s a professional photographer too! 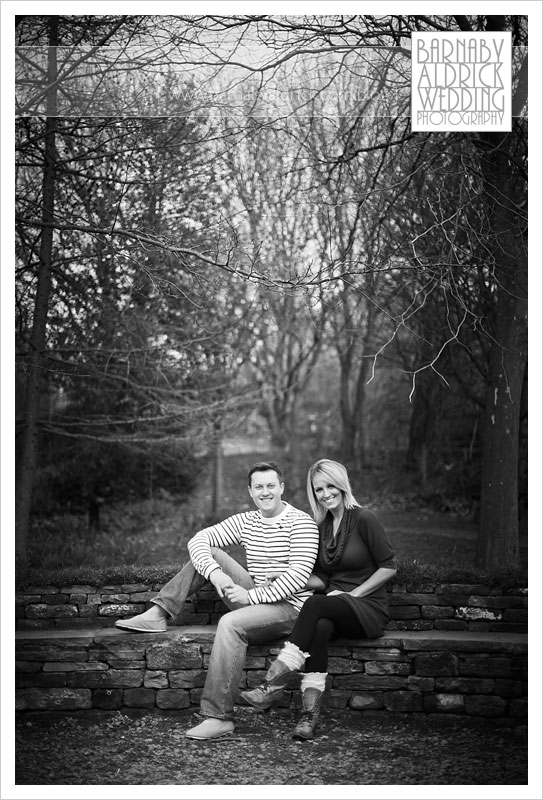 He actually said that it was great to have done the practice shoot to loosen up in front of the camera.

I know how weird it is, even for a pro photographer. 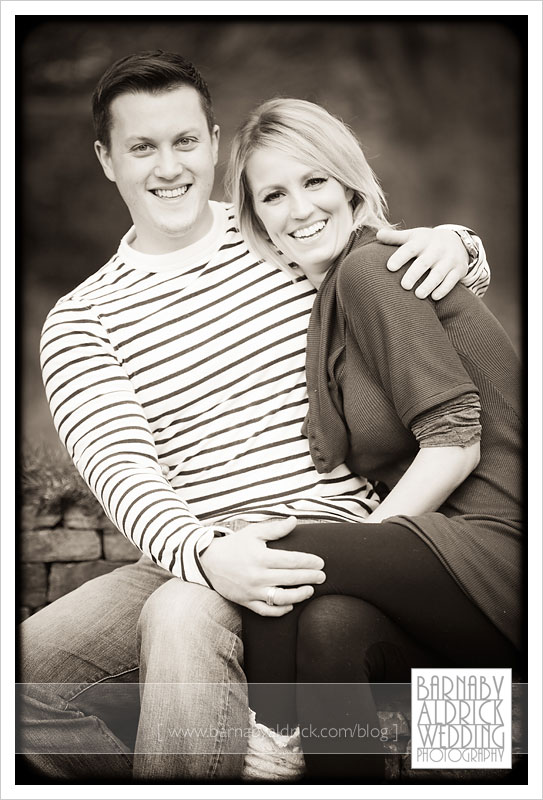 But as usual, my target is to show the happiness and love between a couple, in a relaxed way, so I basically tell the couple to make sure they’re always touching somehow, and then I goof around and talk a load of rubbish to try and make them laugh! 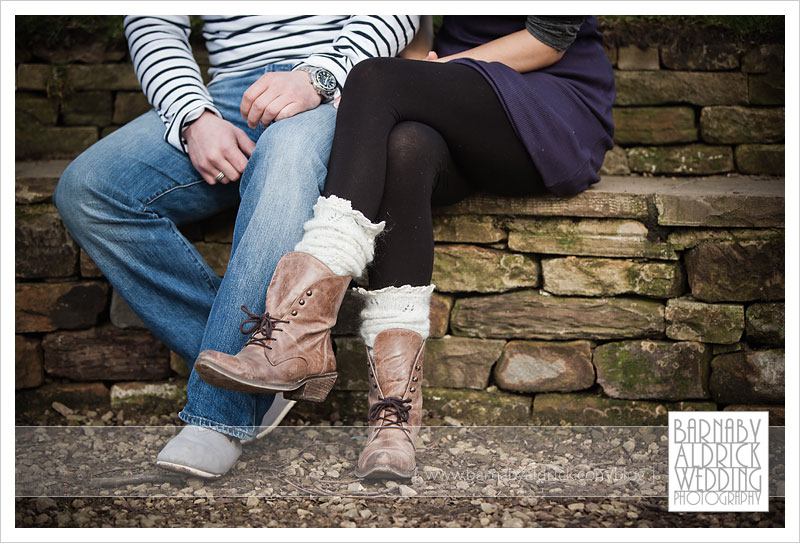 I was loving their styling at the shoot.  Amy’s boots and socks were a fine choice indeed. 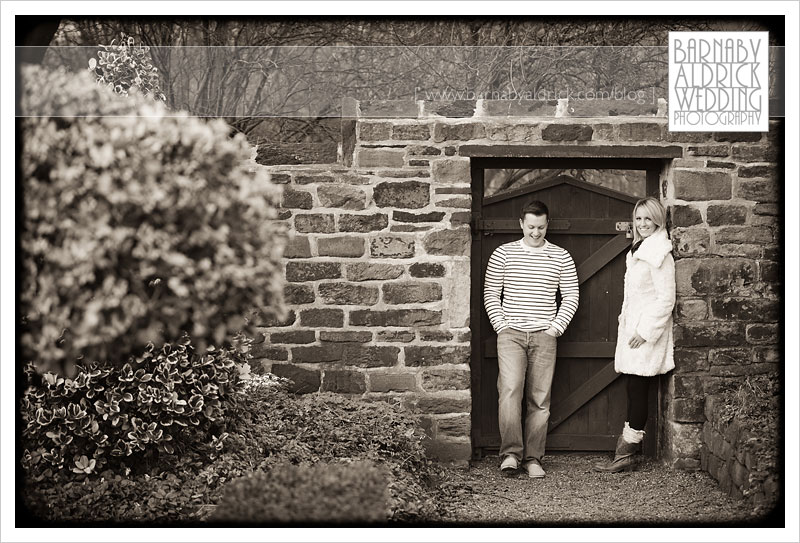 I tired to mix it up a bit, and rather like this one 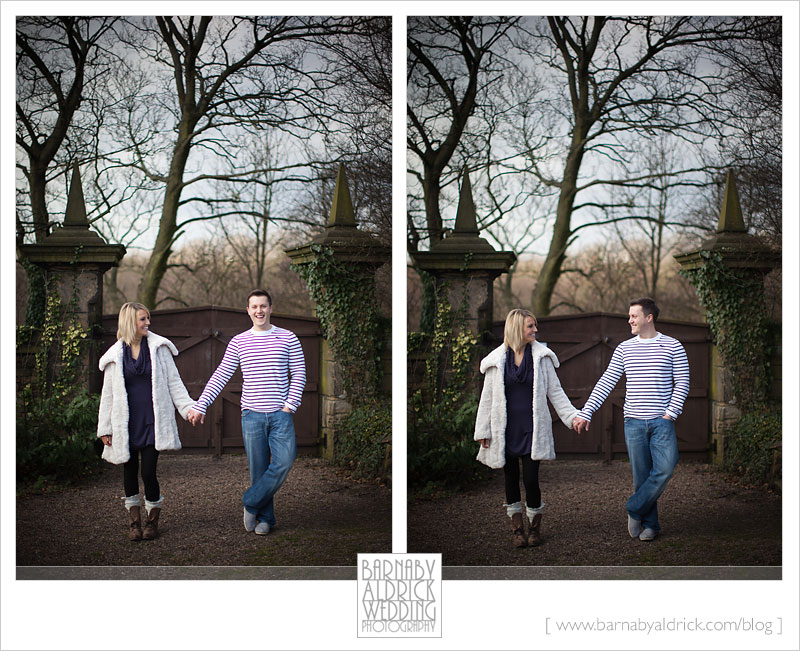 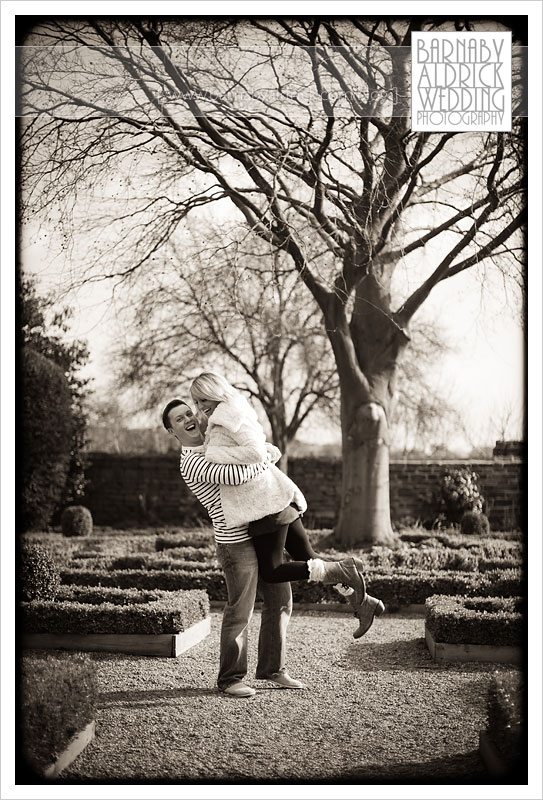 When I was processing these images, I loved the look of a sepia tone with a black curved border round it. 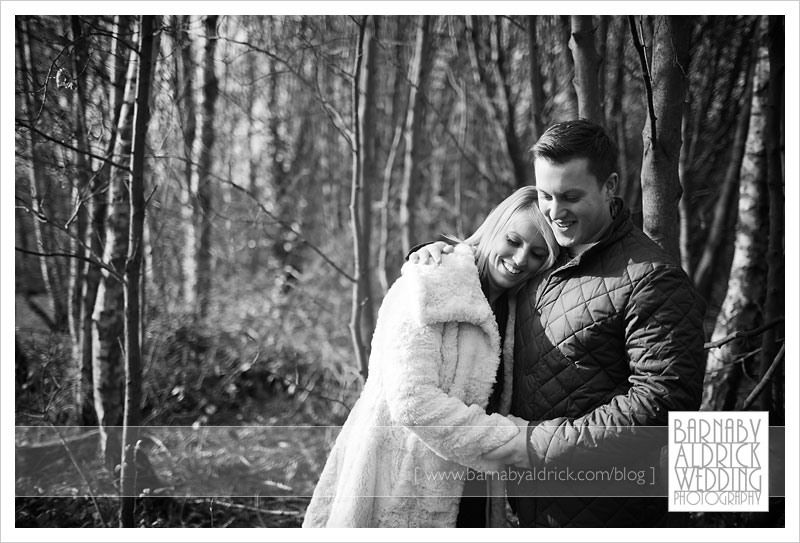 I think this was Dan’s fave image of the stash.  It’s nice sometimes to have no eye contact at all. 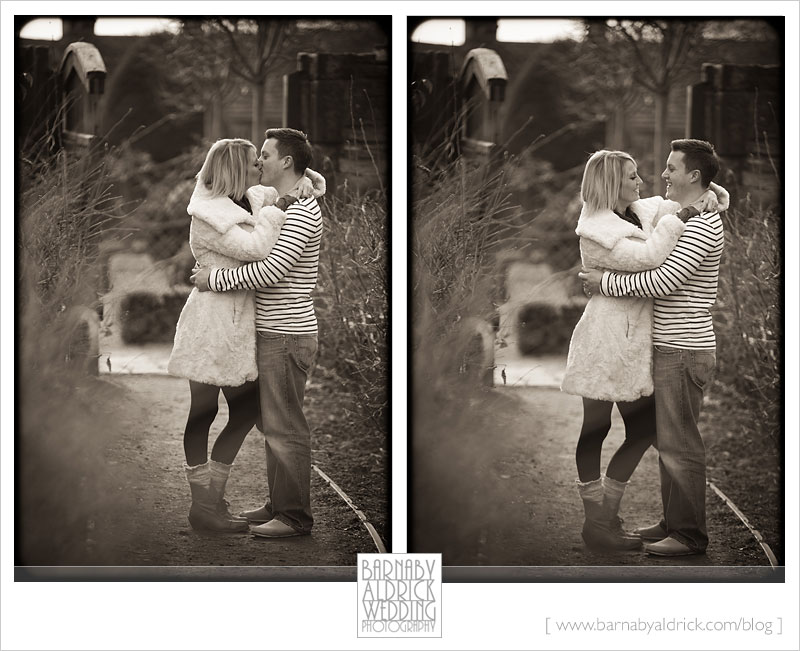 It’s all about the smooch. 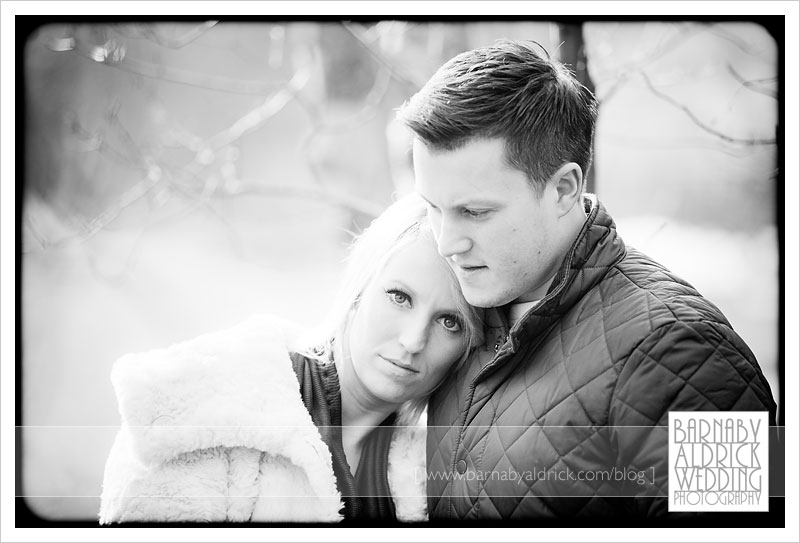 They asked to do some ‘serious’ shots too, as I’d basically been clowning about and Dan was worried that he’d look like a Cheshire cat in em all. 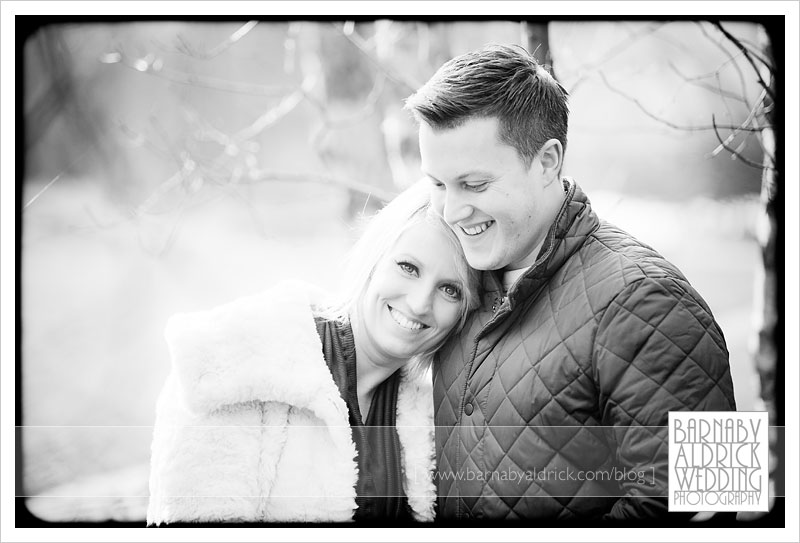 I like both, but personally, I prefer the smiley one! 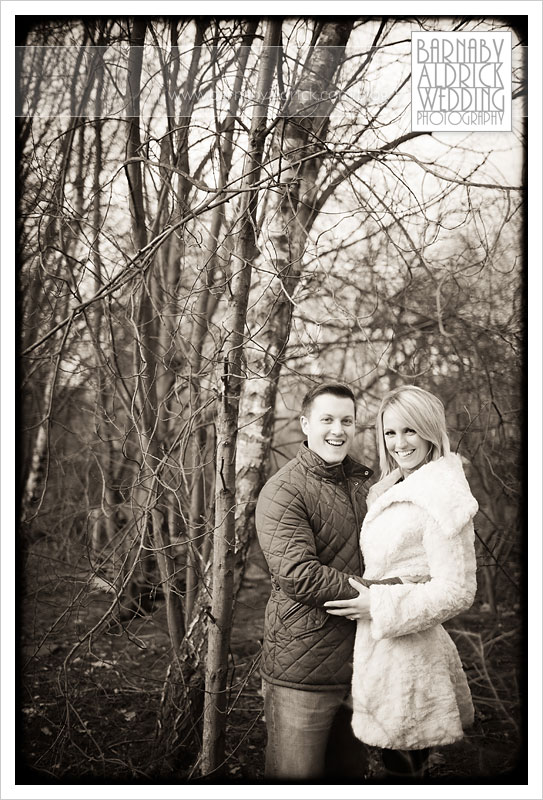 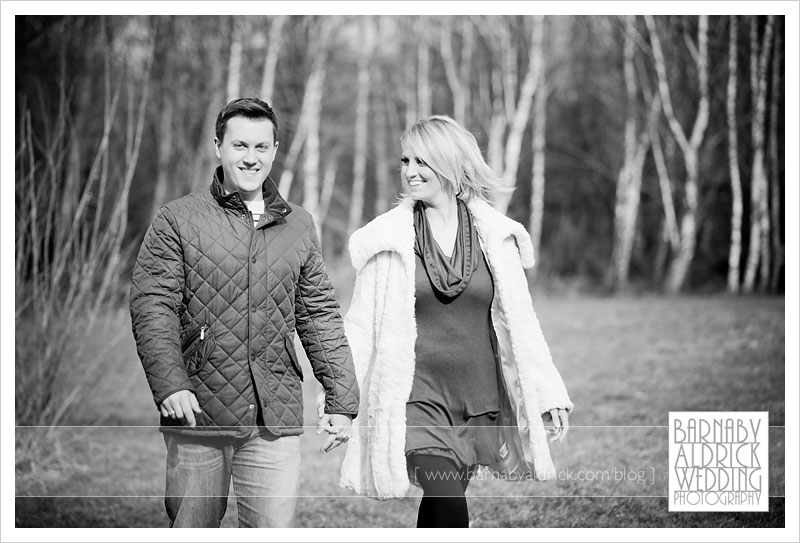 I like this little glance from the guys as they took a turn around the grounds. 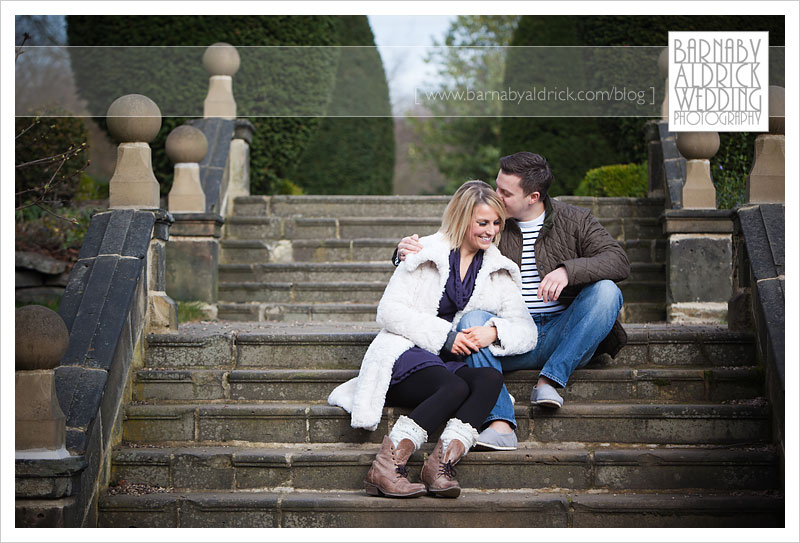 Working a cheeky hair sniff on the steps 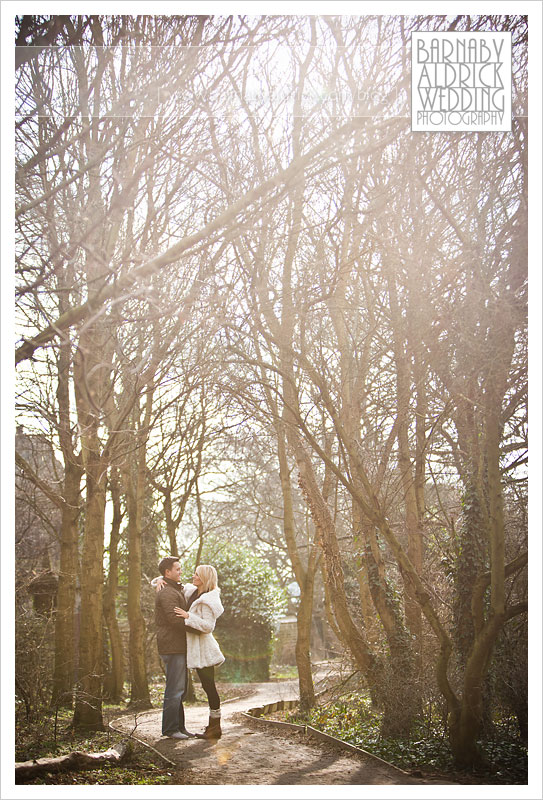 It was so nice the sun was out too. 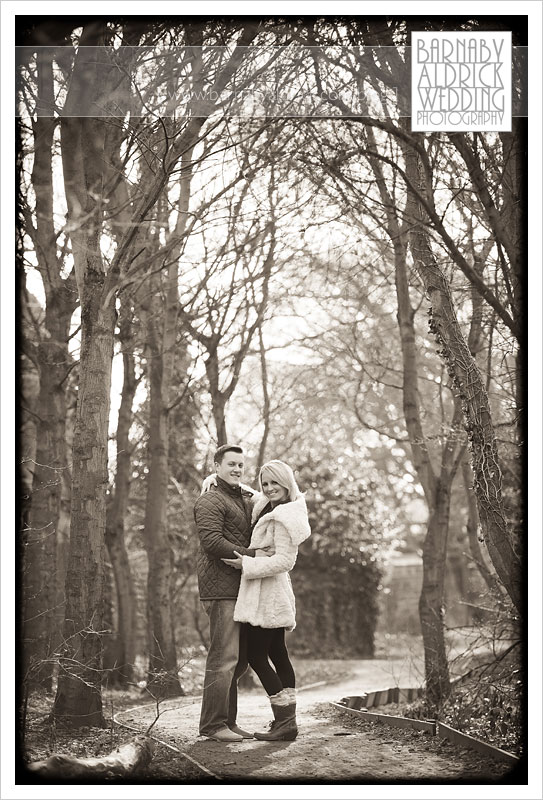 It gives that lovely backlit rim to the image 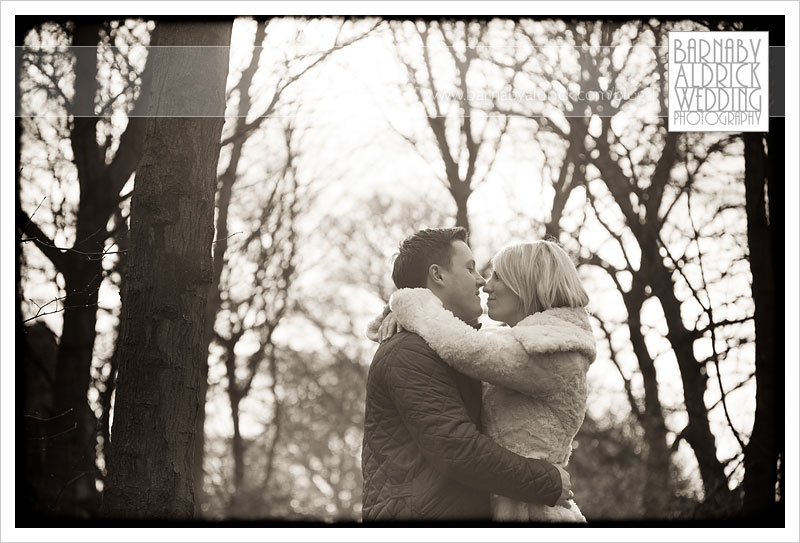 Sometimes that moment before / after the kiss is rather special too. 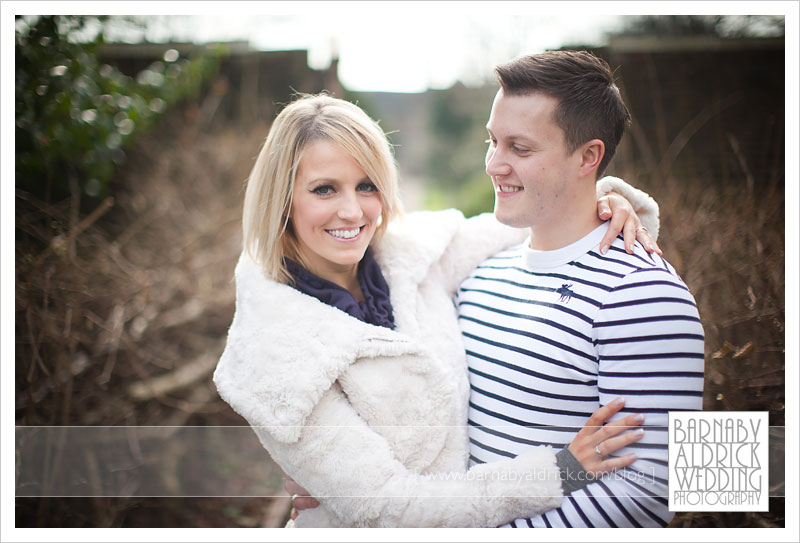 This is one of my faves, with that beautiful 50mm buttery soft, f1.2 depth-of-field vibe. 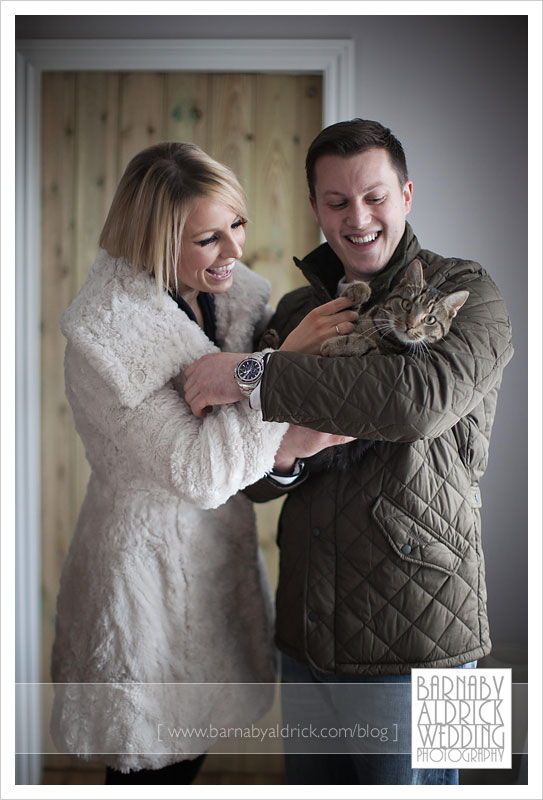 Back at their newly refurbished pad we had a catch up about their plans for their big day at the stunning Combermere Abbey, and I was introduced to the third member of their clan, who clearly wanted to give the camera a wave!

I can’t wait to join these two again in April!