We spent several evenings in ‘Bustani ya Eden’, a friendly backstreet local watering hole owned by a pal of Gav’s Mr Collin’s – an ‘overseer’ of a local constituency. 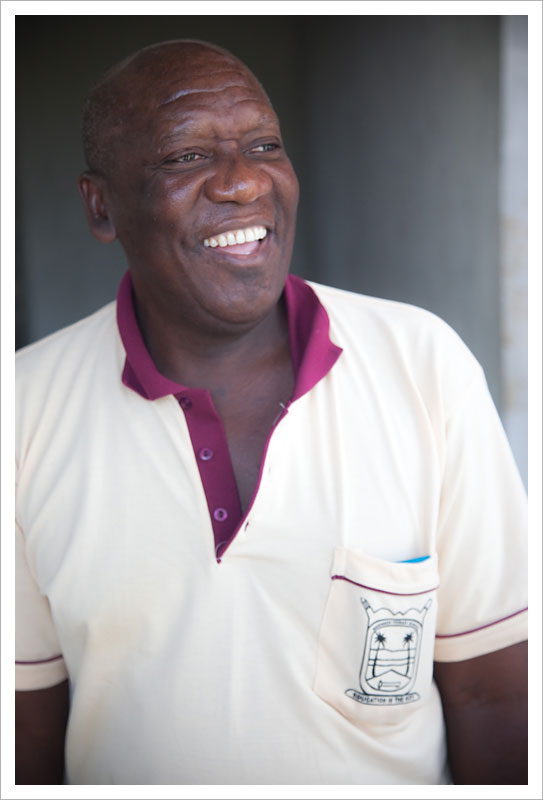 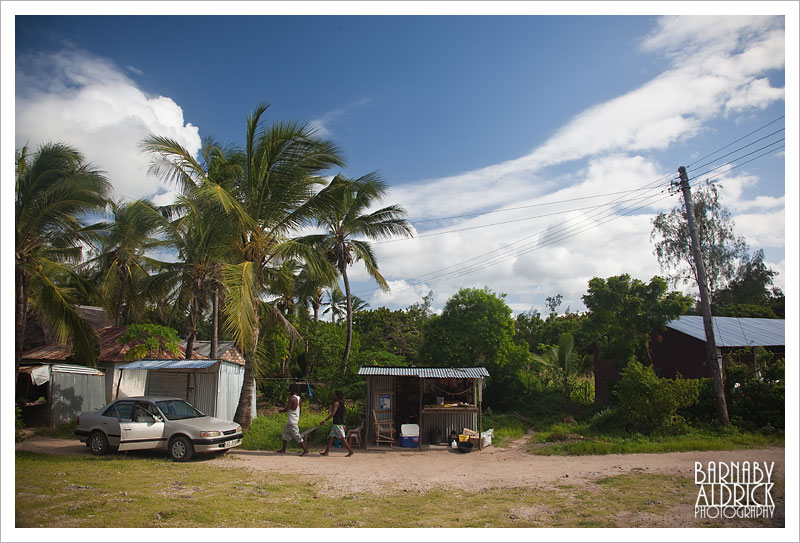 So early one morning we drove over and met him by his bar.  I like this typical scene of the road passing his bar.

On the way we stopped in Malindi town to get some wonga from the Barclays ATM.  I love that massive tree in the background. 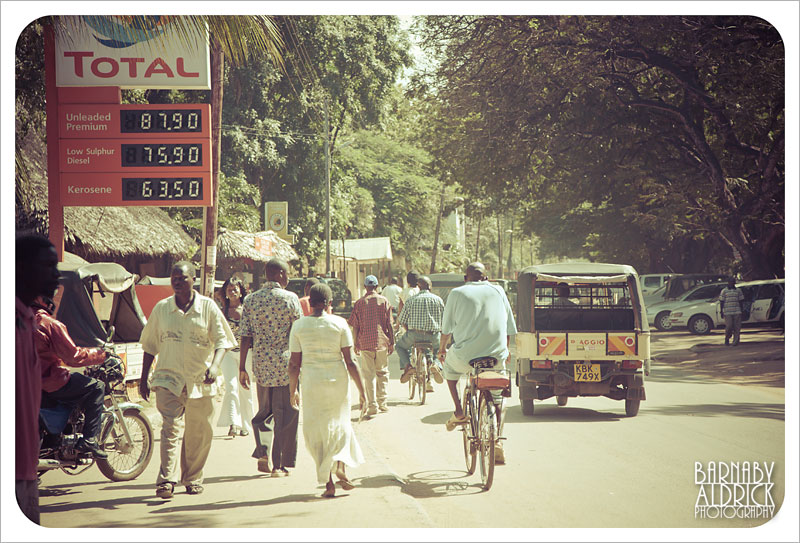 Setting off from Malindi high street… 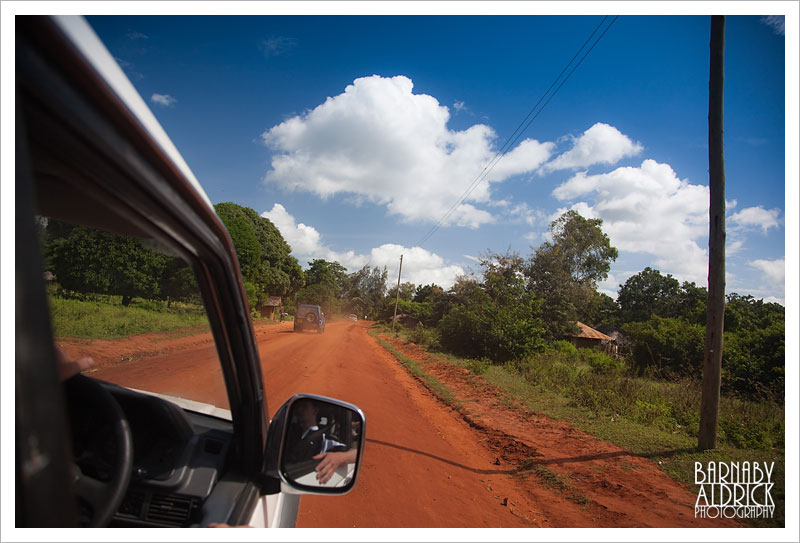 …down progressively worse roads, fortunately in our 4×4 Mitsubishi Pajeros (another name for the Shogun) 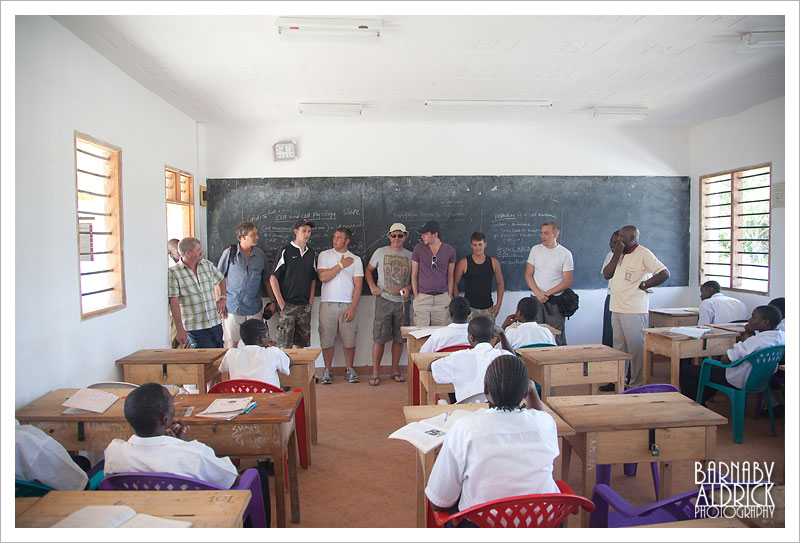 We stopped in & introduced ourselves at his school project 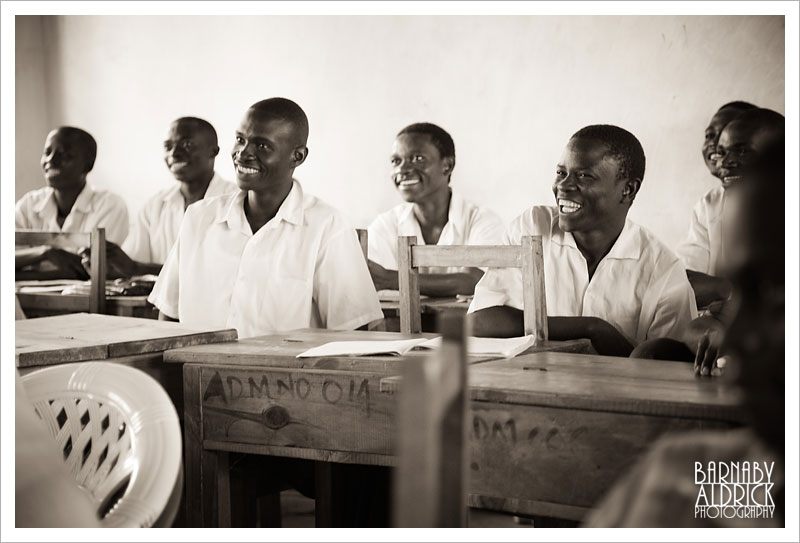 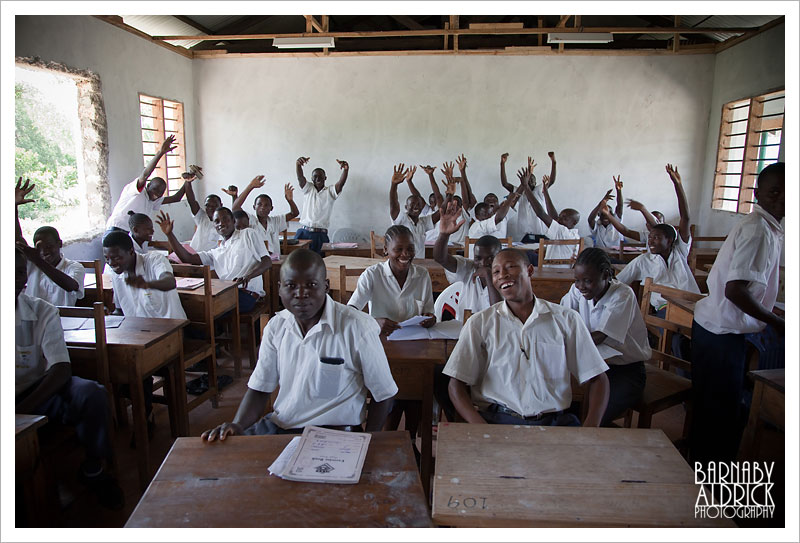 and a cheeky wave. 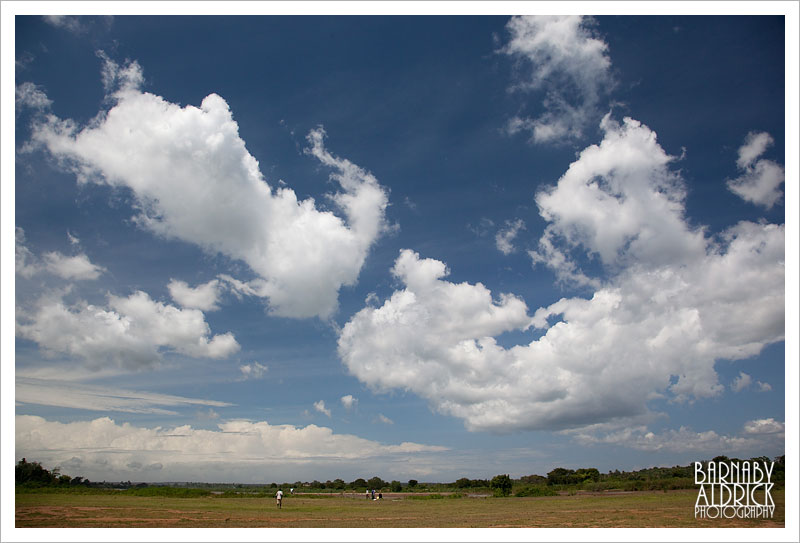 A good hours drive down dirt tracks we emerged at the local football pitch, by a large shallow, croc infested river.

I always imagined African skies to be this big. 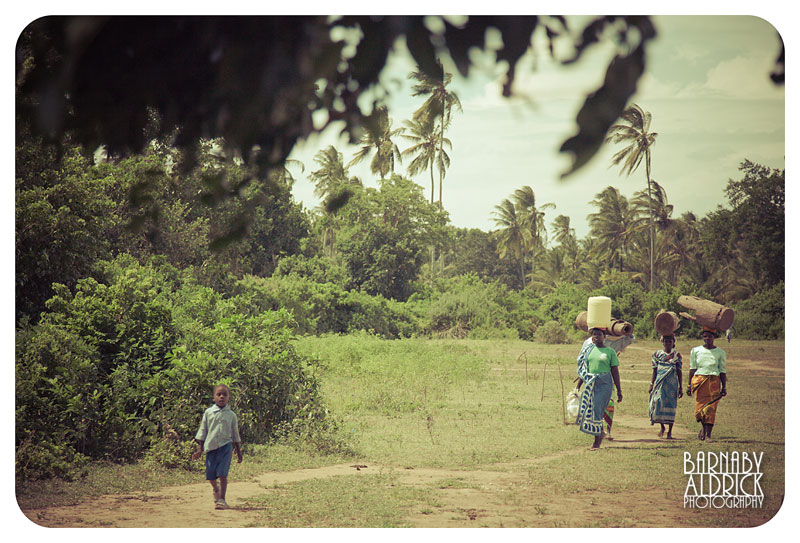 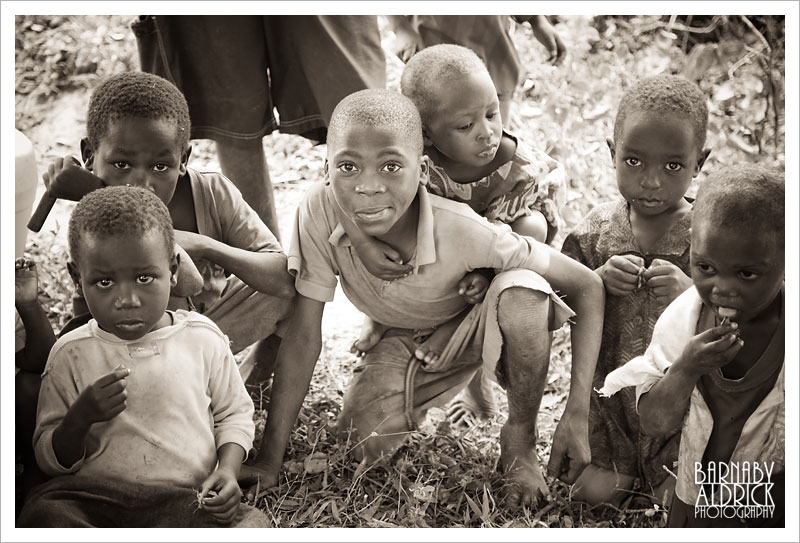 Kids appeared from every direction 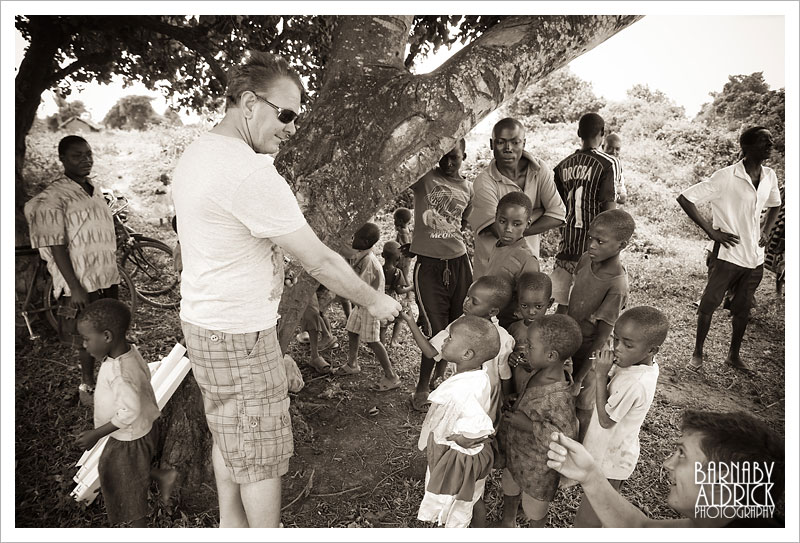 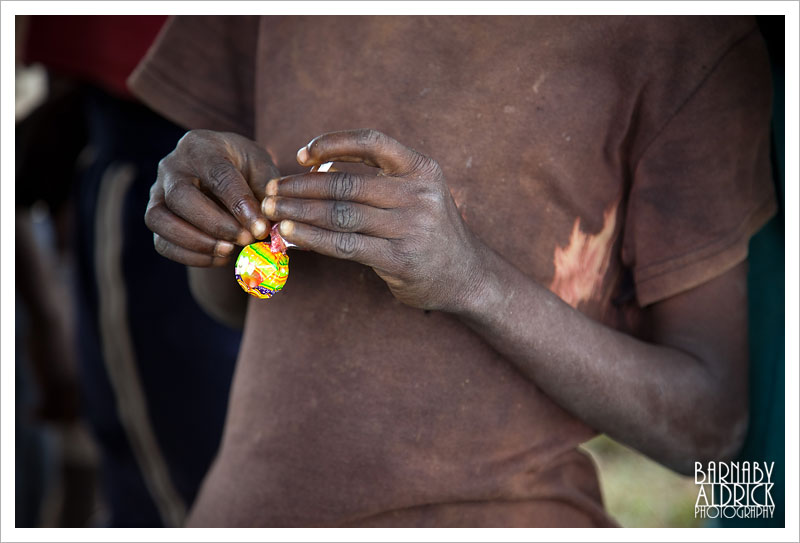 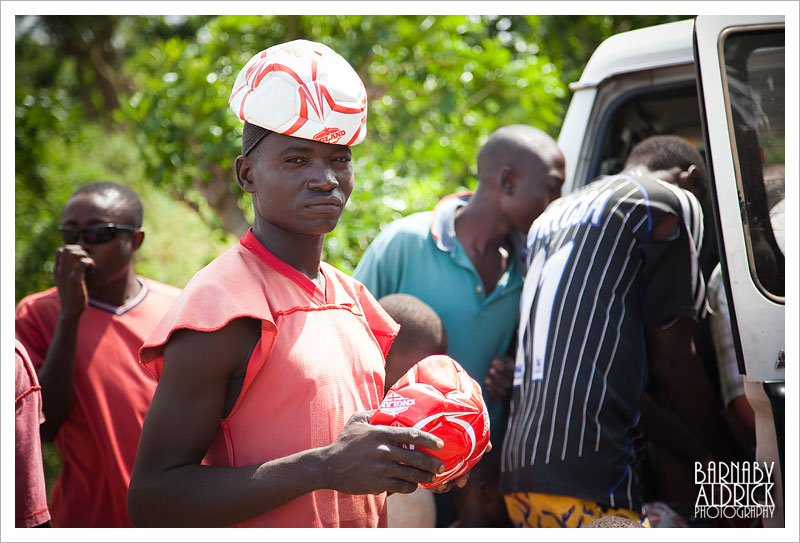 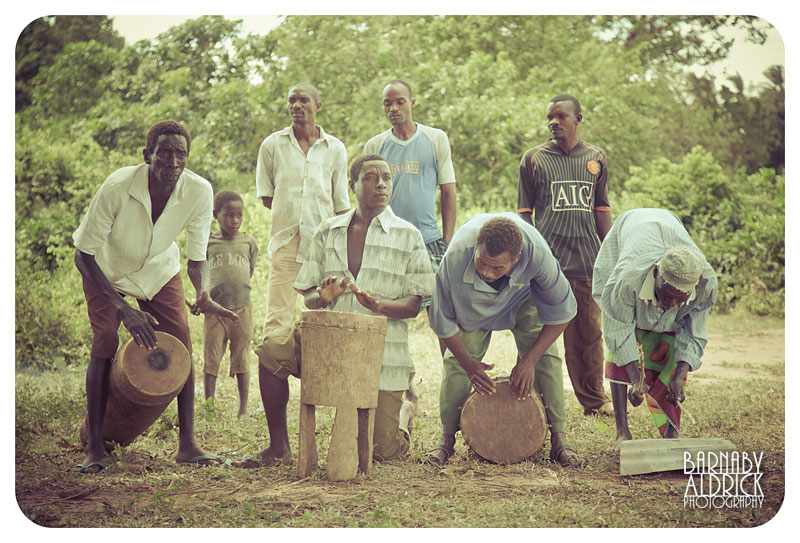 The music started.  The dude on stage right gave that corrugated roof what-for 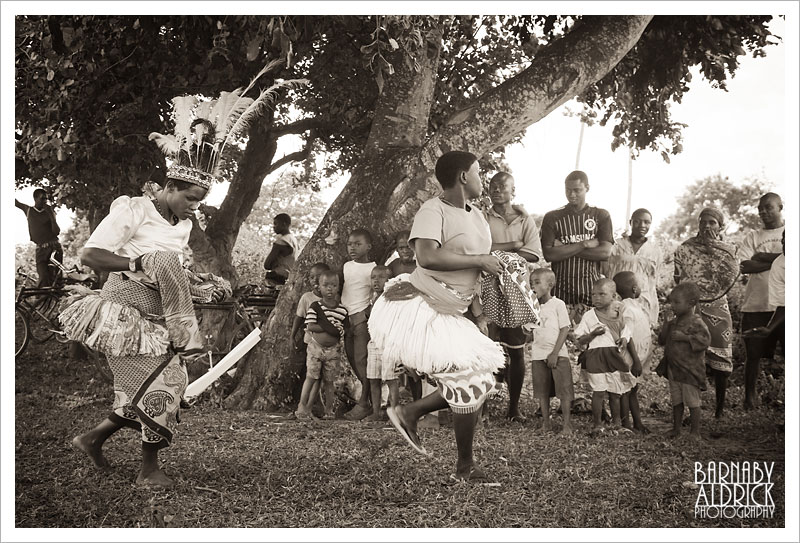 Dancing ladies told us a story with dance. 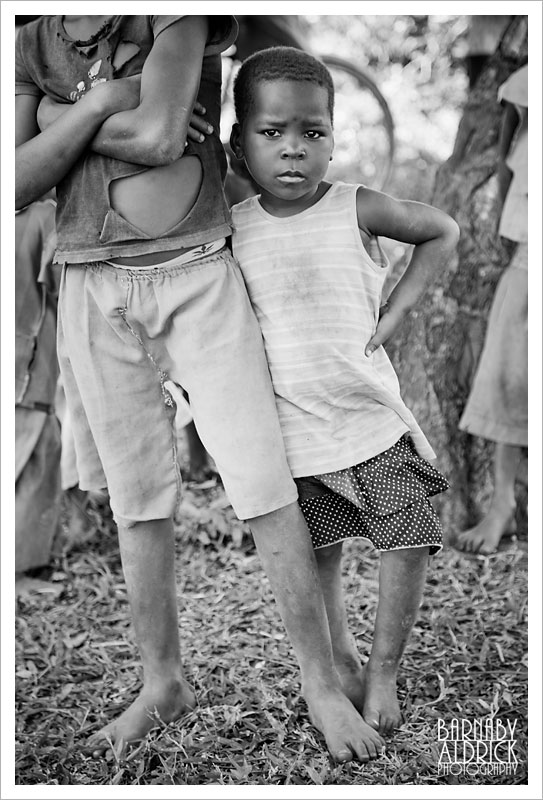 Kids were everywhere, and I doubt many of them had met a ‘Mizungu’ (foreigner) before. Hence the suspicious stare. 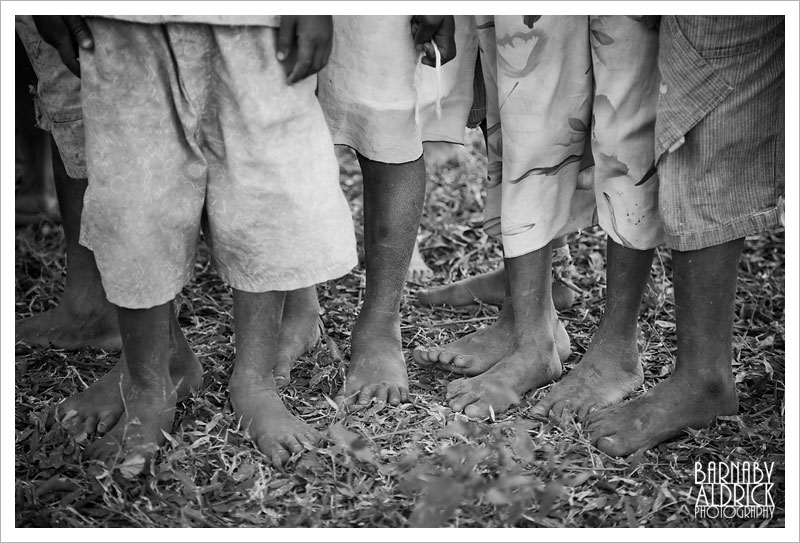 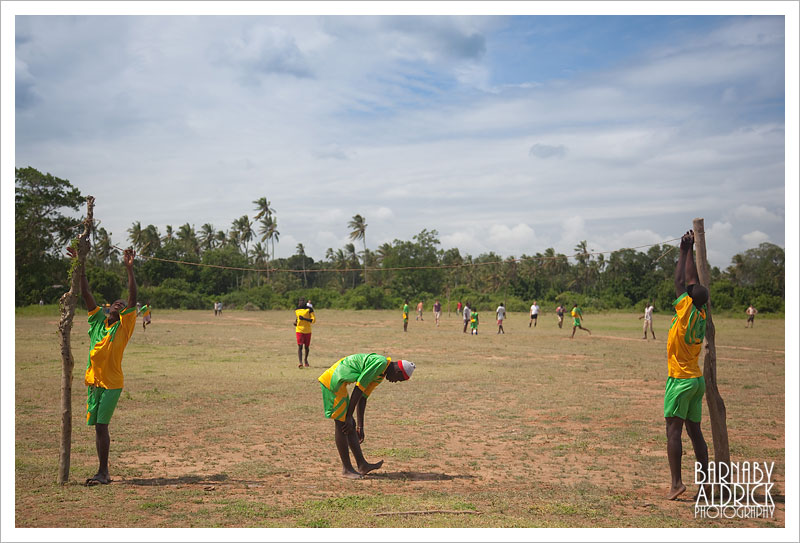 A local team came out to play (in their very own strip). 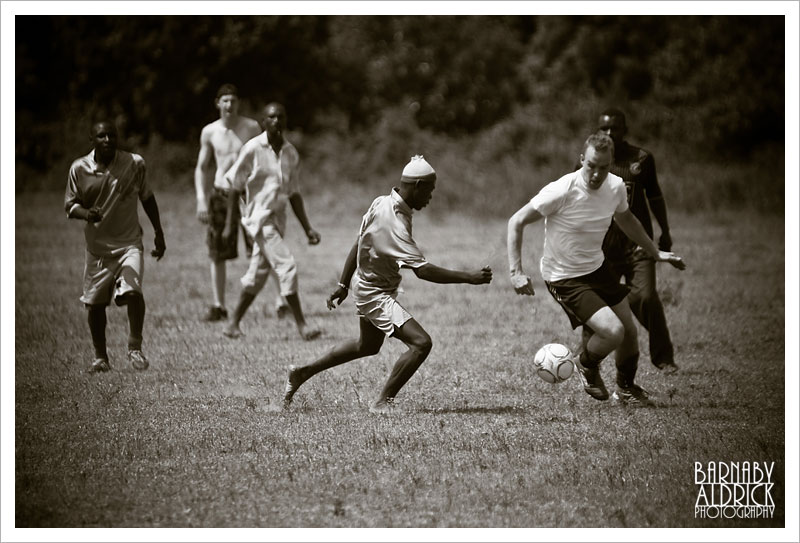 It didn’t take long in 40 degrees C for half our team to bail out, but Gav & Titch stuck it out, taking England to a 1:0 victory 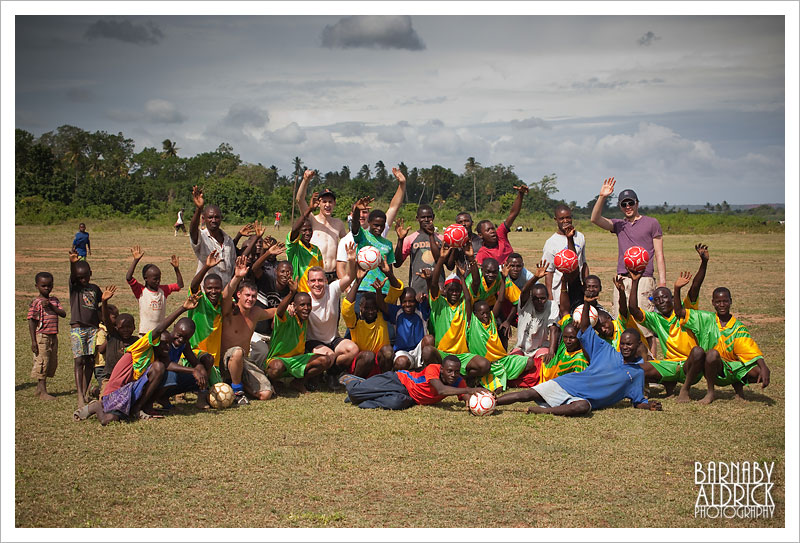 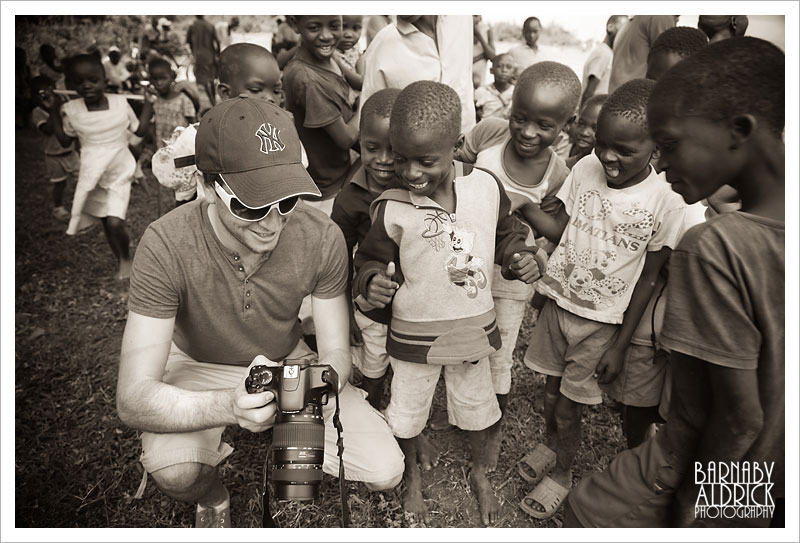 The kids go wild when you show them their image on the back of a camera.  Here’s John, moments before being swamped. 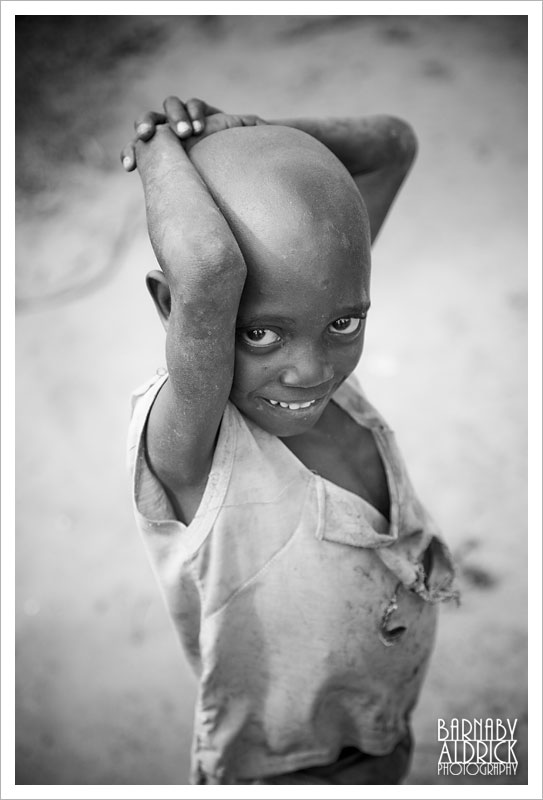 It’s quite hard to catch them on their own, but this shy little chap let me squeeze of a portrait. 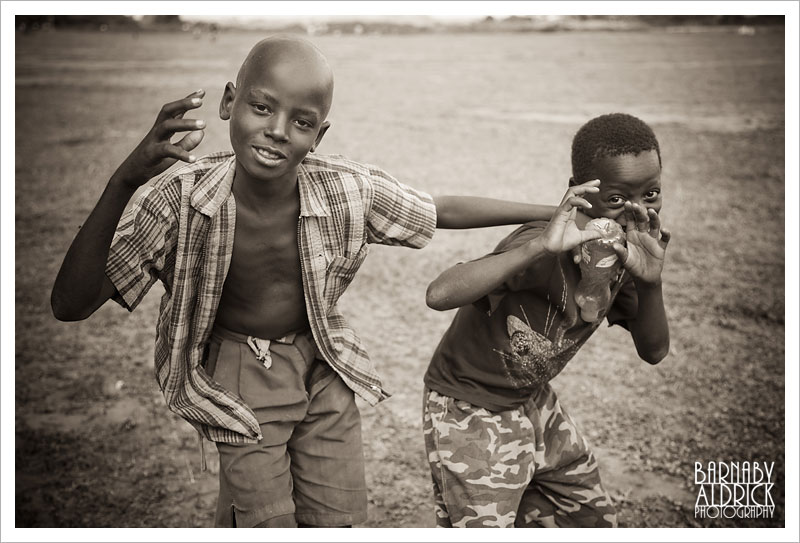 In spite of their abject poverty I was impressed with how happy Kenyan’s are.  Throughout our journey everyone, old and young, is ready to throw out a genuine beaming smile & a wave.  It reminded me how wealth and comfort doesn’t necessarily equal happiness. 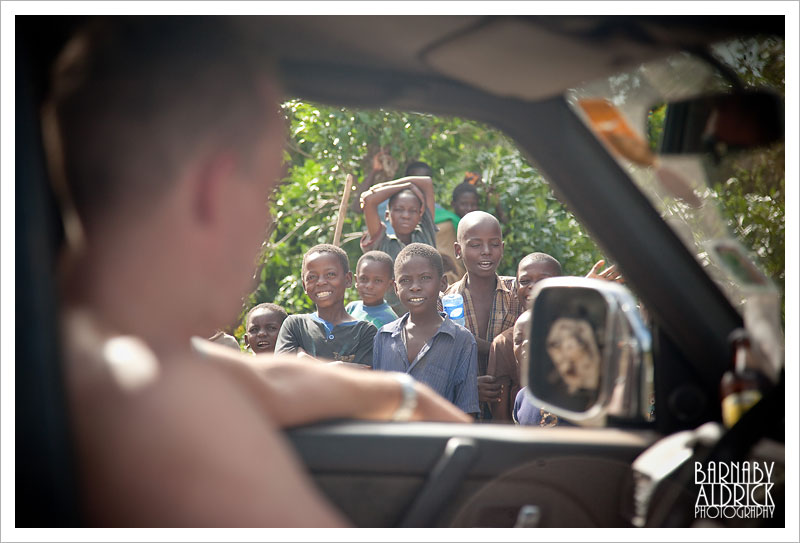 Face after face, just before we left 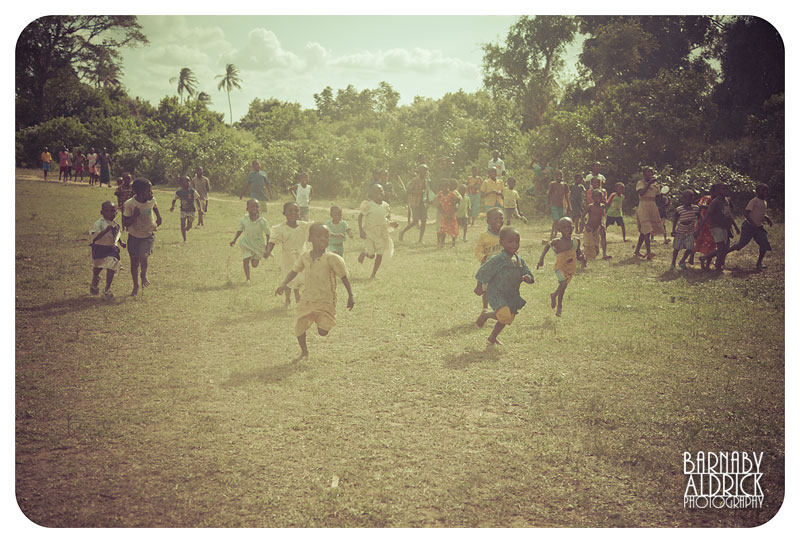 Getting chased down on departing. 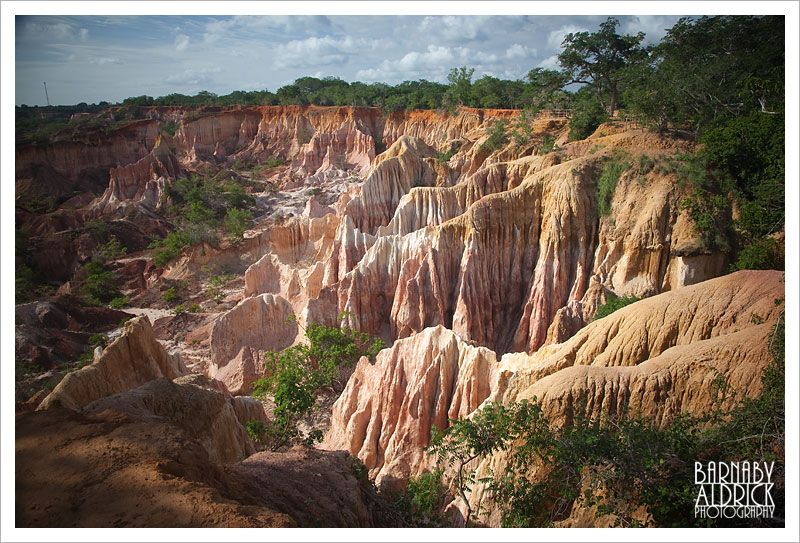 On the way back, Mr Collins took us to ‘Hell’s Kitchen’ for a nosey at some impressive natural rock formations 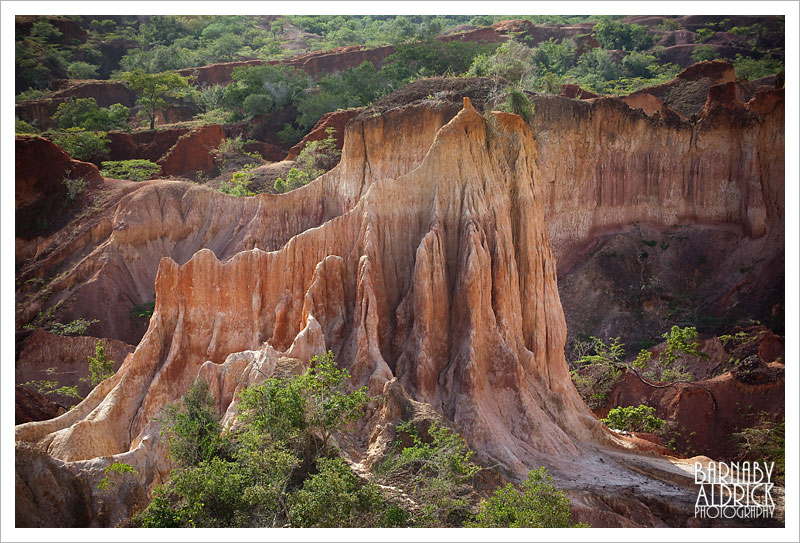 We decided to call it the ‘Grand Kenyan’, arf arf. 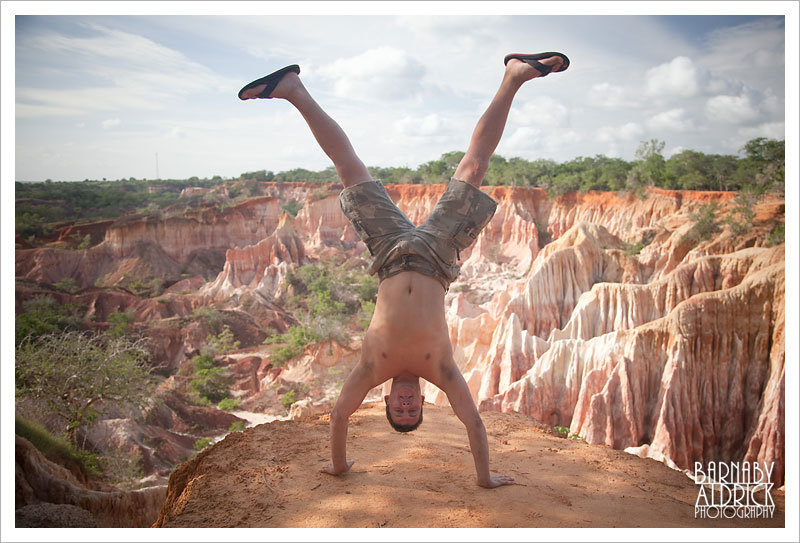 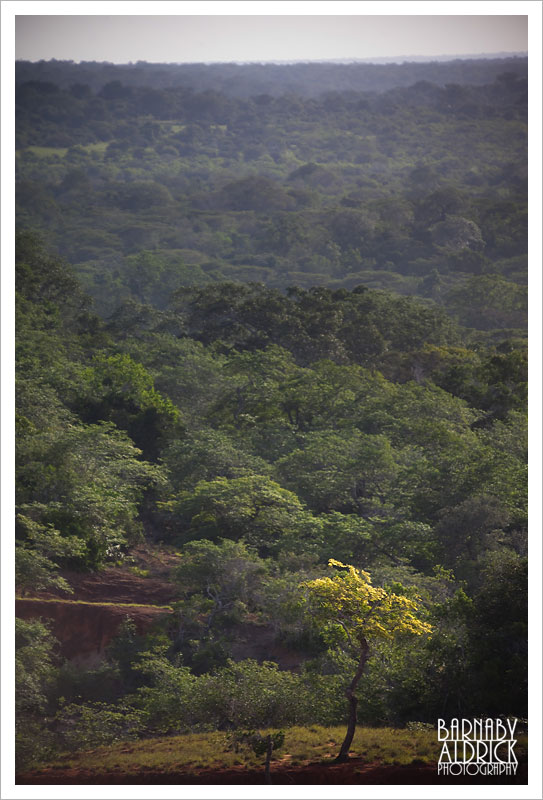 A view that caught my eye 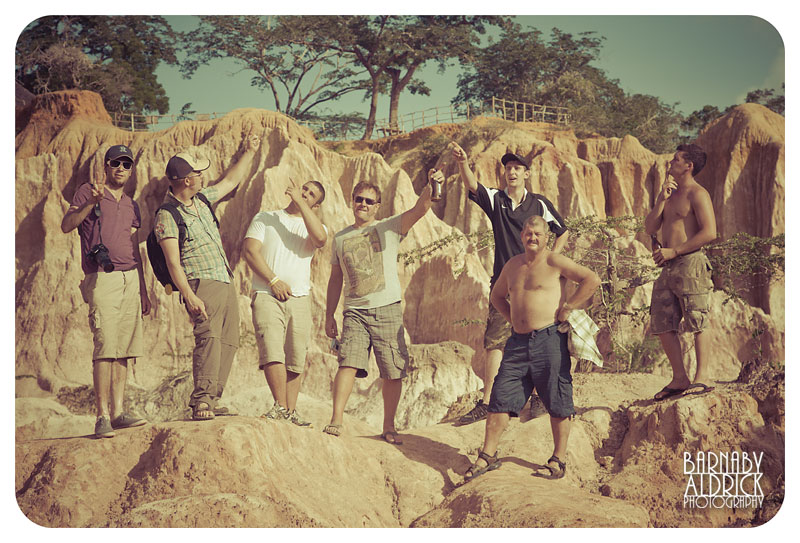 The next day we hit the road…  Tune in tomorrow from 9am for the next installment.