Ahoy there!  My apologies for being out of internet access for near 2 weeks, I’ve been bezzin’ round the sticks of Kenya!

Basically, a while back I was asked by the UK Charity ‘Link International’  to aid their ongoing work in Uganda by helping a team drive some vehicles from Kenya to Uganda.   They raised money to buy and ship three vehicles (two 4×4’s & a donated ambulance) to the nearest Ugandan port (Mombassa, Kenya) and  it was our job is to collect them and drive them to Kampala (the Ugandan capital) to aid Link projects, both generally and specifically to help build a maternity clinic.

I’ve been asked to journal the adventure, so over the next 8 days I’ll be posting highlights of the Kenya Drive for those interested. 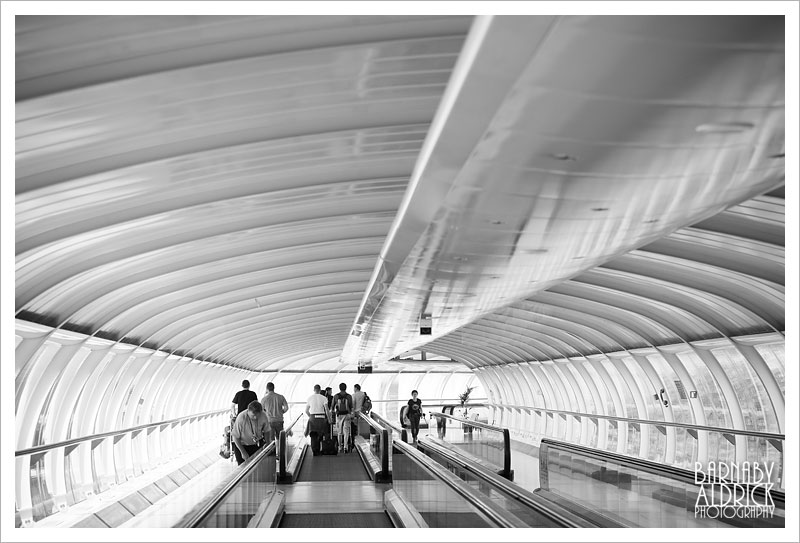 Here’s the full team (9 guys from far & wide) travelating through Manchester’s Terminal 2, after the youngest team members, Joe & Greg, had attempted to check in hand luggage containing tent pegs and traces of explosives.

It wasn’t long before we we were abusing iPads in Duty Free or tucking into a final Burger King.  Meanwhile Joe spent a while searching the ladies for a urinal.  Gavin, the team leader, began dealing out ‘Tommy Tourist’ points for such mistakes.  I’d been given three in quick succession at Leeds Station for forgetting to leave my house keys at Gav’s house (requiring a pal to collect them before our train departed), loosing my ticket while I charging across the station (I squeezed through the disabled barrier like a ninja) and leaving my wallet & phone on the carriage table as I hid in the loo from the ticket inspector.

I decided then to keep my head down to give the lads time to catch up on Tommy points. 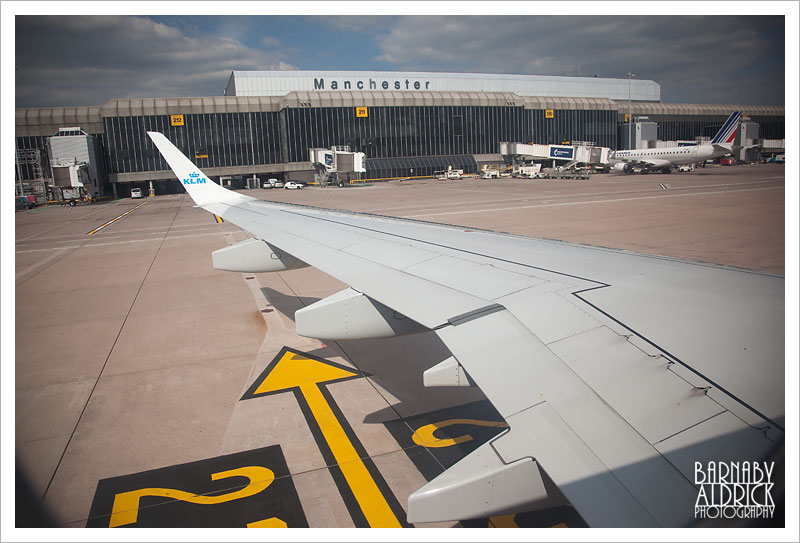 With our packs bursting with English tea bags, loo roll & super-strength mozzy repellent stowed beneath, we hopped to Amsterdam for a few beers with a silly heads and nearly missed our Nairobi connection.  The next 7hrs 45mins were spent aboard one of Kenya Airways creaky 777s at 35 thousand feet trying to hear the Mandela Biopic ‘Invinctus’ through the static.  On an emergency exit row (I must look responsible) I pretty much ripped the armrest off my seat trying to find the dinner tray. 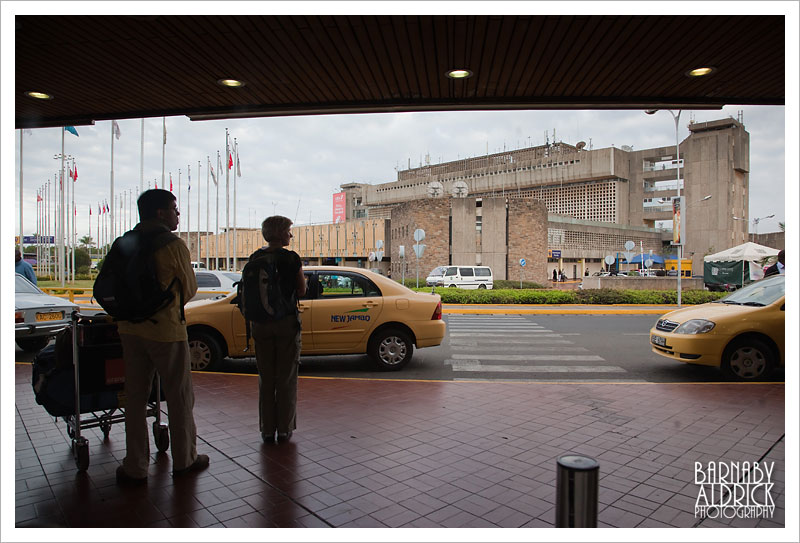 I doubt Nairobi airport would win any awards for design. A palpable sense of sketchiness was in the air and Gav warned us to stick close.

Inside we got  our first taste of T.I.A. (‘This Is Africa’ – the all justifying excuse for how things are done in Africa). One of four domestic terminals is open, manned by 5 people: 1 to check in, 3 to make a pile of bags, and one to watch the bag piling. 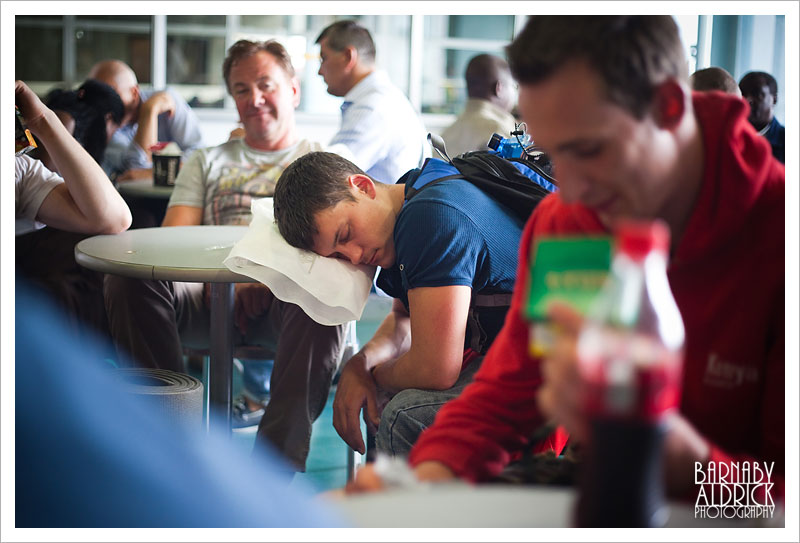 So Titch took a time out on a pillow, courtesy of Kenya Airways. 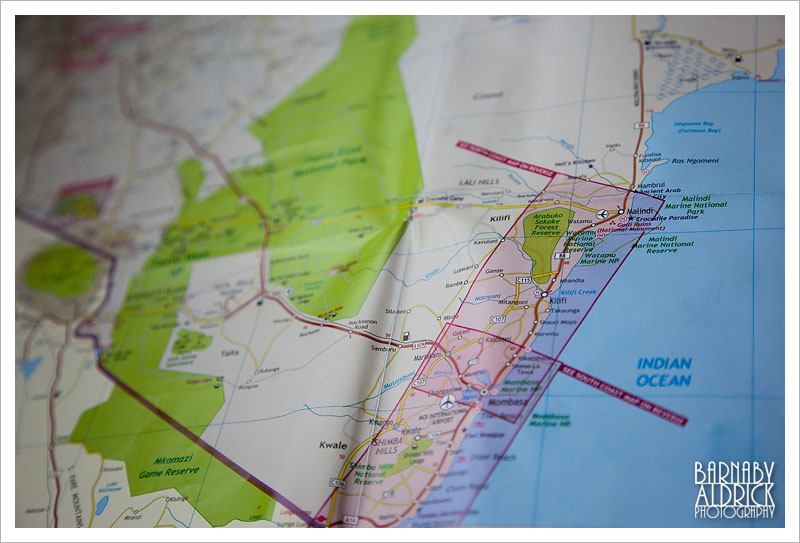 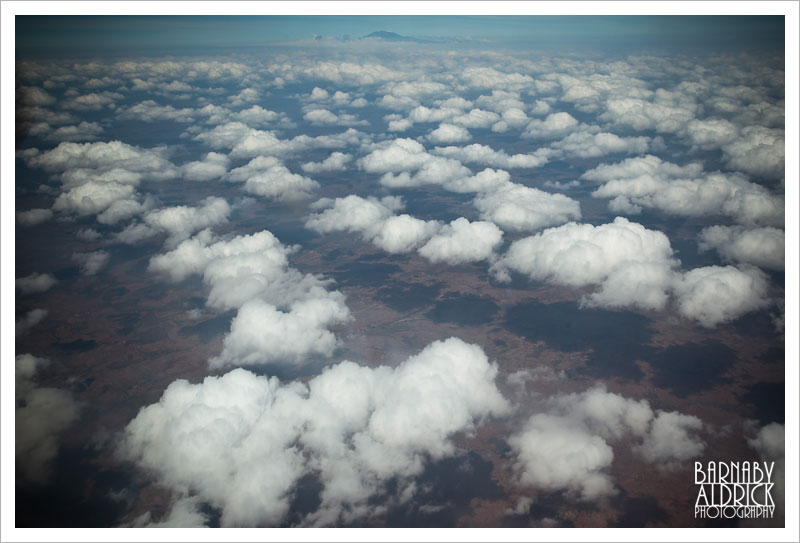 A view from our twin prop window, with Kilimanjaro in the distance. 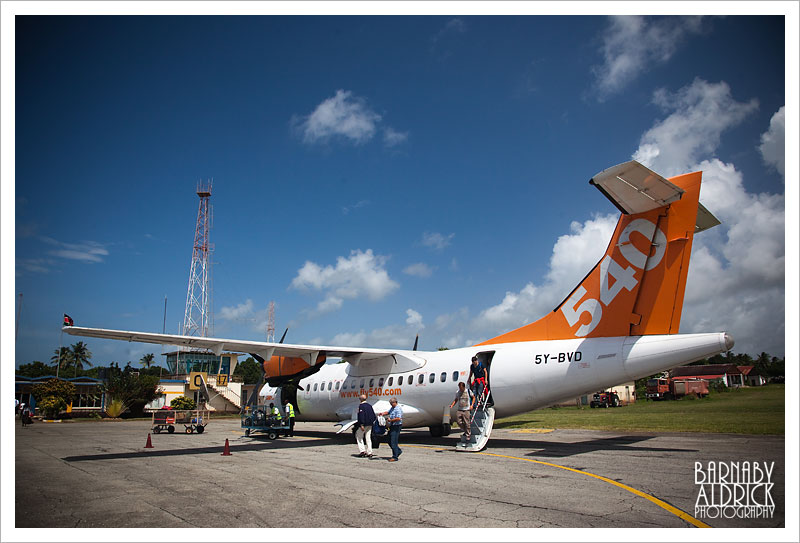 We literally landed in a field… 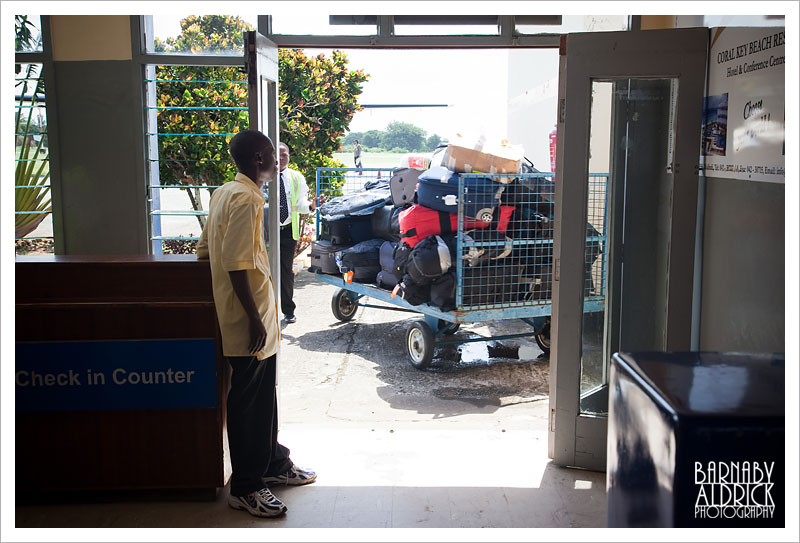 …and here’s the luggage collection point. 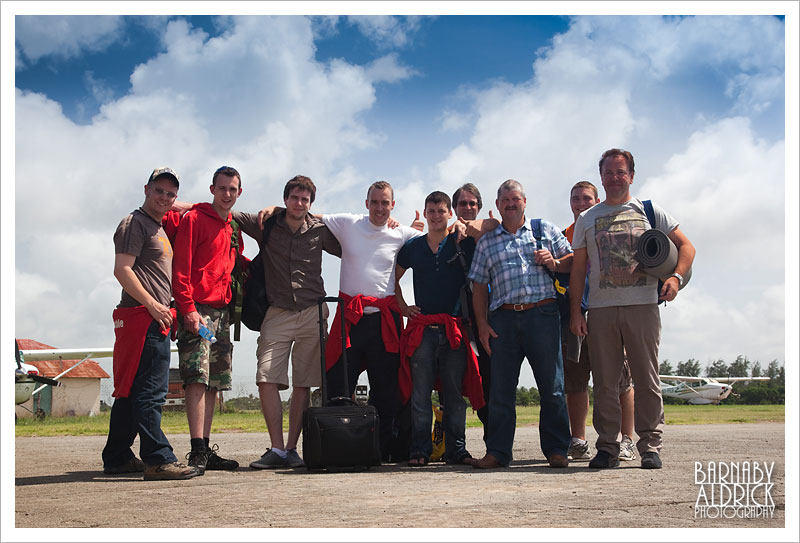 Gav rounded up a crack team of mechanics and specialist 4×4 volunteer drivers for this challenging drive, but they bailed out, so instead Gav cobbled together a ragtag team of mate, their dads and their dad’s mates. 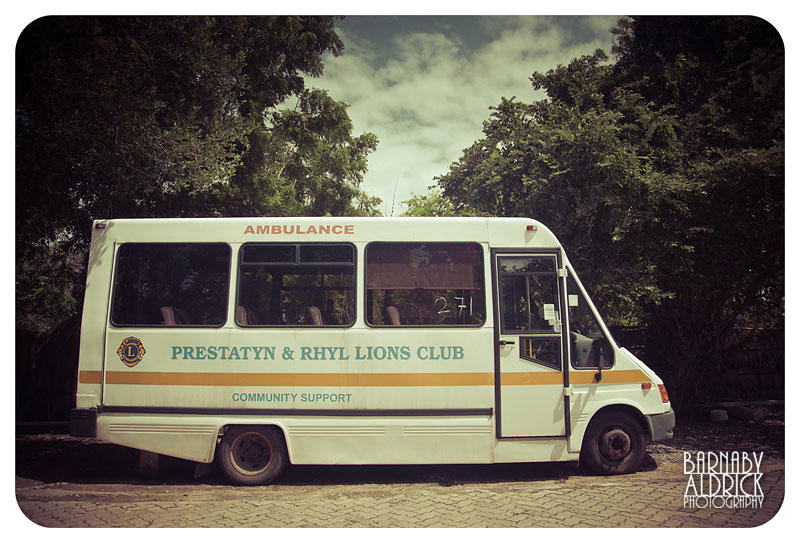 And here’s one of the reasons we’re here.  The tranny ‘Ambulance’. 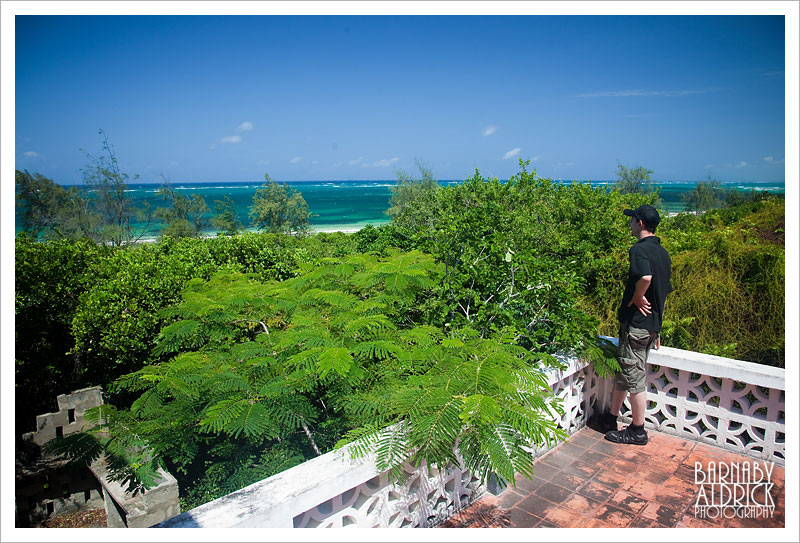 Here’s the view from our digs on the malindi coastline – 2 minutes from a coral beach! 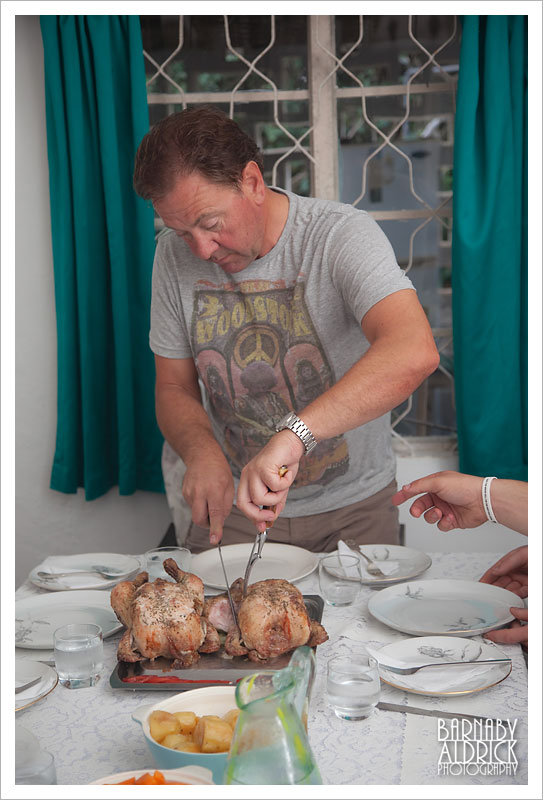 Our very own chef who cooked us up a full on roast dinner with all the trimmings, with carving duties handled by Bob. 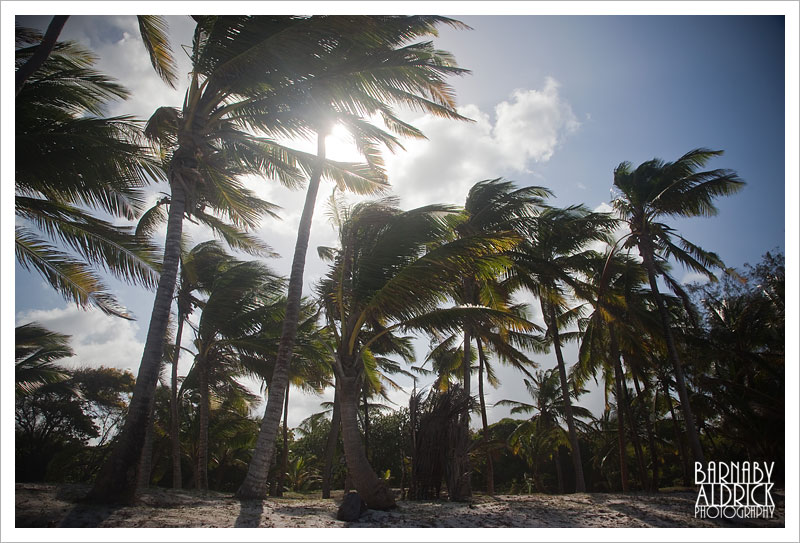 We’d arranged to acclimatise & kick back at our jungle villa for a few days to give us time to get the vehicles through potential customs beaurocracy; however, the trucks and ambo had somehow made their way off the docks and were waiting down the road from our digs (TIA!).  So while our mechanics Phil & Joe gave the wagons a once over, the rest of the team had a fridge full of local Tusker beers and 3 days to while away.  Just a stones throw away was the turquoise Indian Ocean churning seaweed onto an endless beach, bustling with arsey crabs and a bizarre quantity of odd flip-flops & used toothbrushes. 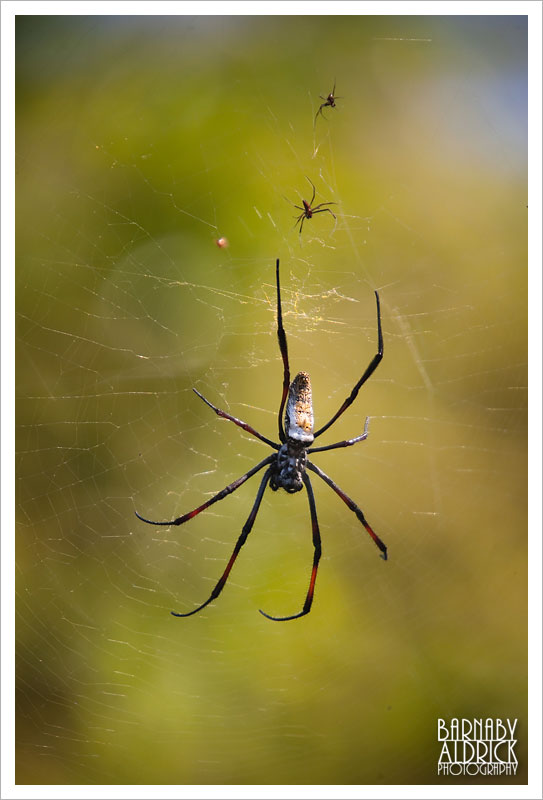 We thought it rude not to introduce ourselves to the neighbours. 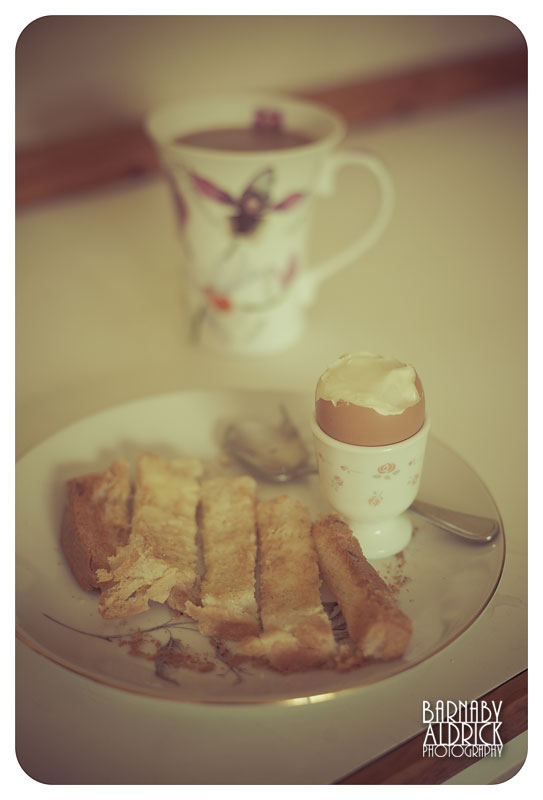 My attempt at cooking up a taste of home, though you never can get a brew to taste right outside UK waters… 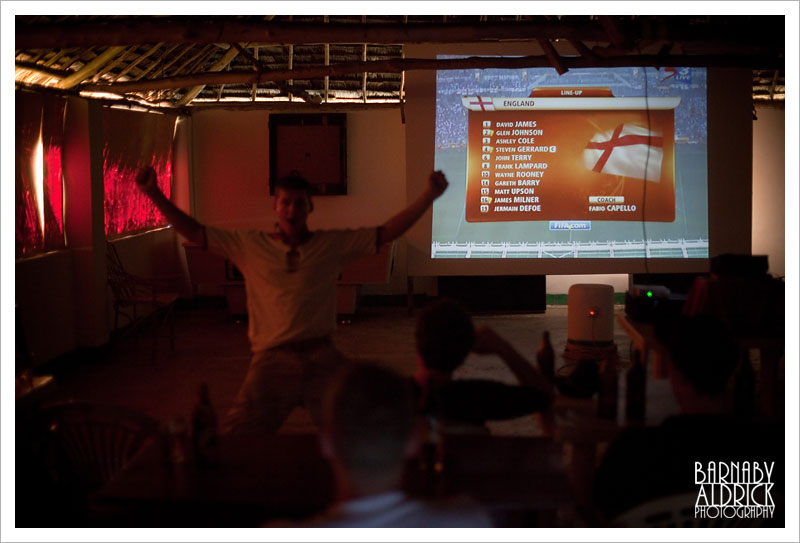 Down at a local pub one night, hopes high for world cup victory against Germany. 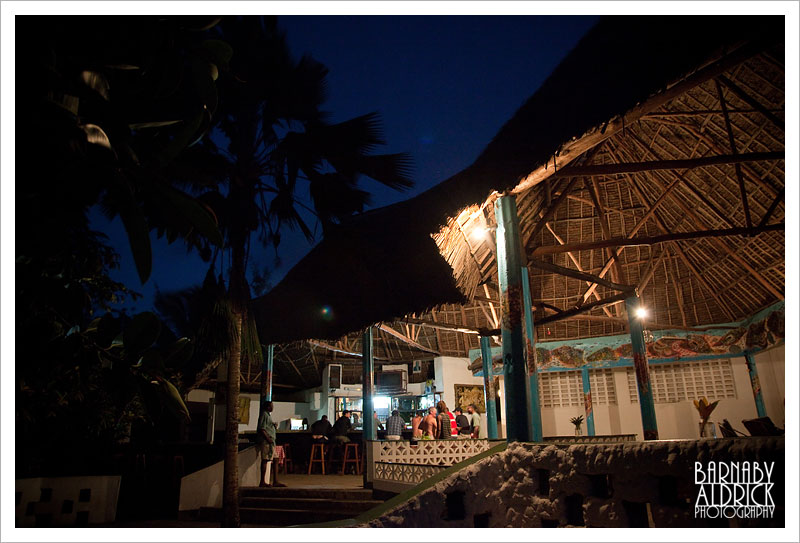 Later on that night, drowning our sorrows in Tusker Beer.  I’m not sure why we build our hopes so high every time. 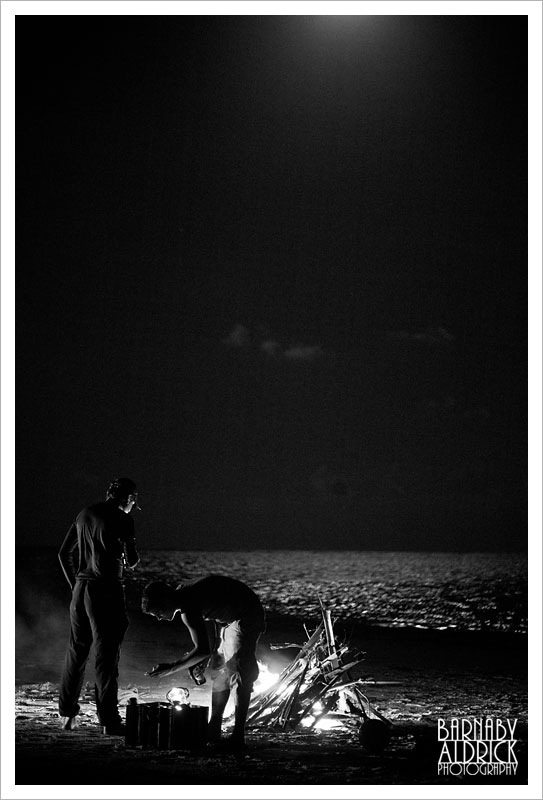 Gav & Titch are expert fire builders, so one night we kicked back around a roaring blaze under a twinkling milky way.

The next day a local associate of Gav’s asked us to visit his rural constituency… tune in tomorrow for pics!