It’s quite the challenge to make food look appetising.  Especially as I can’t fake it by painting things with varnish and piping mashed potato into a McFlurry cup.  I literally turn up at a restaurant, with an hour window and my fingers crossed that the chef’s in and the manager is aware I’m coming; then wait for a random dish to be plated up for me to photograph.

It’s always quite exciting, cos food & drinks ‘dies’ fast (it’s the hangovers that last!).  But gravy congeals, fat separates, cocktails settle & melt, wet food dry up… etc – so there’s a limited timeframe within which I can shoot a dish.  But I often do get to sit down and eat it once I’ve snapped it!  So I can’t complain really. 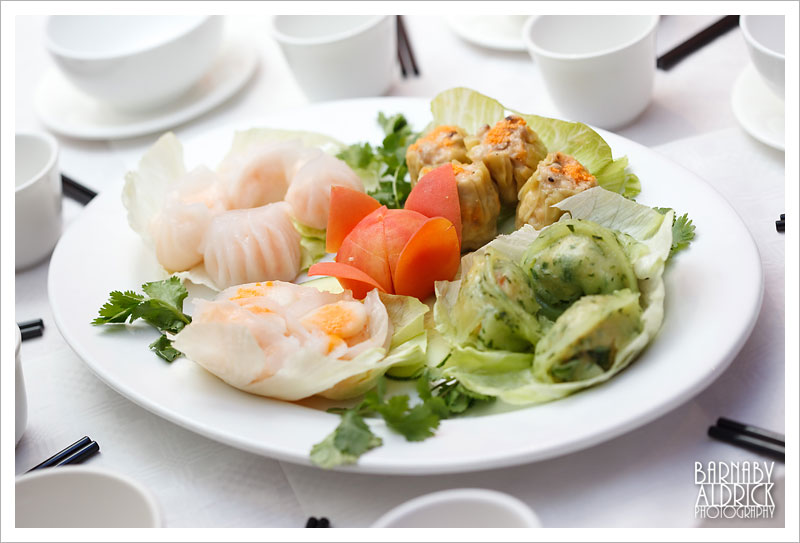 This was a plate of excellent dim sum at Ho’s restaurant on Vicar Lane.  I carried these guys around in a takeaway box for half the day, and they made a lovely dinner that night!

For togs interested in lighting; I set a Canon flash off-camera as a manual slave, pointing at a white roof or wall & triggered it with the ST-E2. 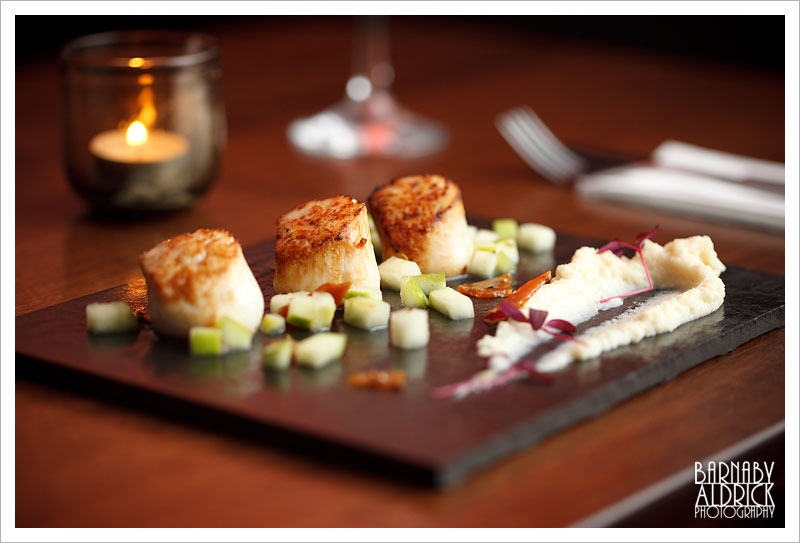 This was a set of the biggest scallops I’ve ever seen at Distrikt Bar near Boar Lane. The place is dubiously organised, but the food is delicious.

Geeks: as is often the case, I also lit this shot with roof-bounced off-camera flash 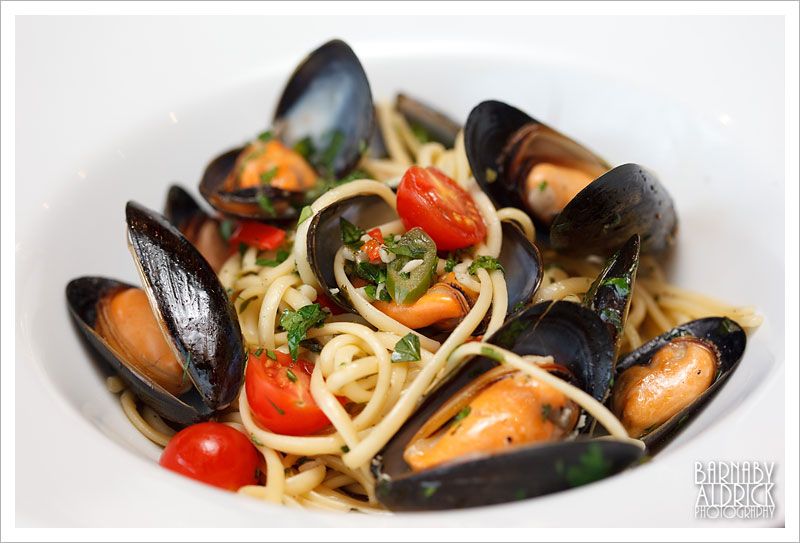 The famous Italian Salvo’s, who won the F-Word, UK’s best Italian, with this very dish.  I ate it.  It was dead nice.

Shutterbugs: Salvo’s had orange & yellow walls, so this was lit with direct flash, through a 5-in-1 reflector, unzipped to diffuse the light. 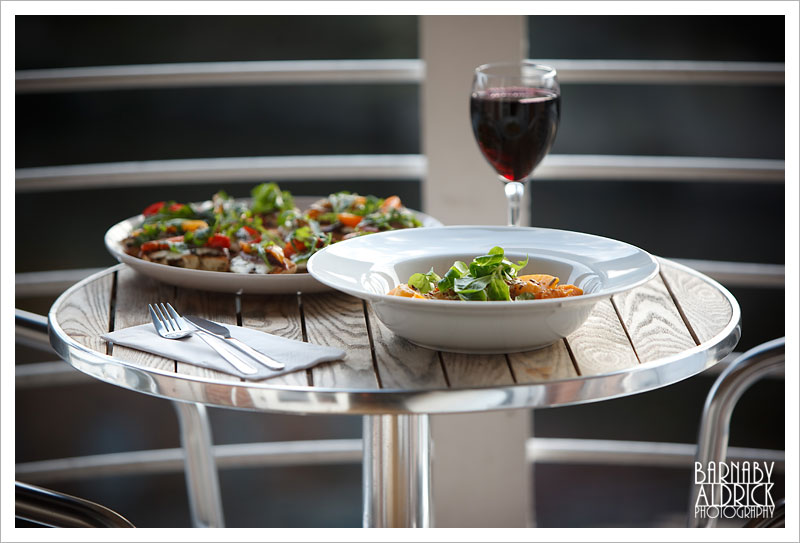 At Calls Landing I shot this bruscetta & pumpkin Soup on their one top balcony overlookin the river.  This also got ate, and was nice too.

You may be starting to see why I do this.

Red Snappers: This lighting was my overall fave type: natural, from the sun and through the softbox that is England’s bank of cloud 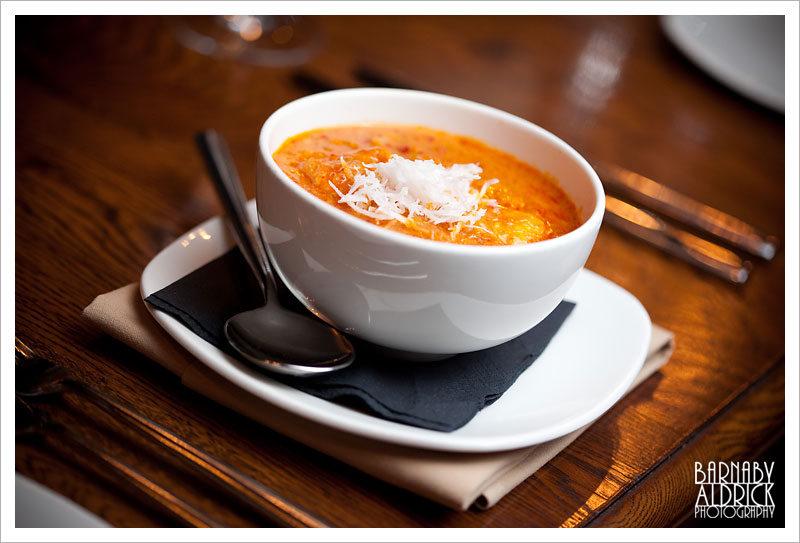 Curry is hard to pimp, as in a photo it generally looks like a bowl of either poo or sick.  This prawn curry, at Bird Restaurant in the Alea Casino (a fab posh curryhouse, with possibly the best mixed starter platter I’ve ever tasted) took a bit of work, but I quite like the mix of ambient orange light on the wooden table & the clean white of the flash.

Gimps: Shot as with Salvo’s, direct flash through a reflector. 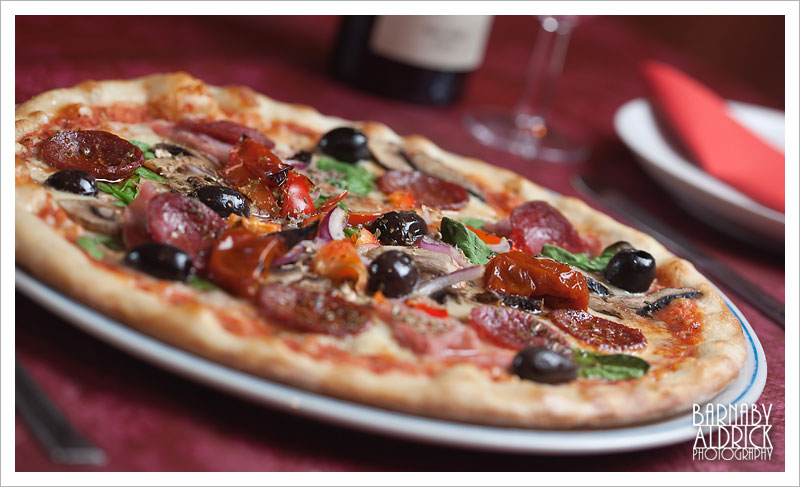 Pizza is also a surprisingly hard dish to photograph, partly cos they’re generally rather massive.

Strobists: This one was lit with my new Elinchrom mobile studio Quadra flashhead, through a Westcott umbrella softbox to camera right. 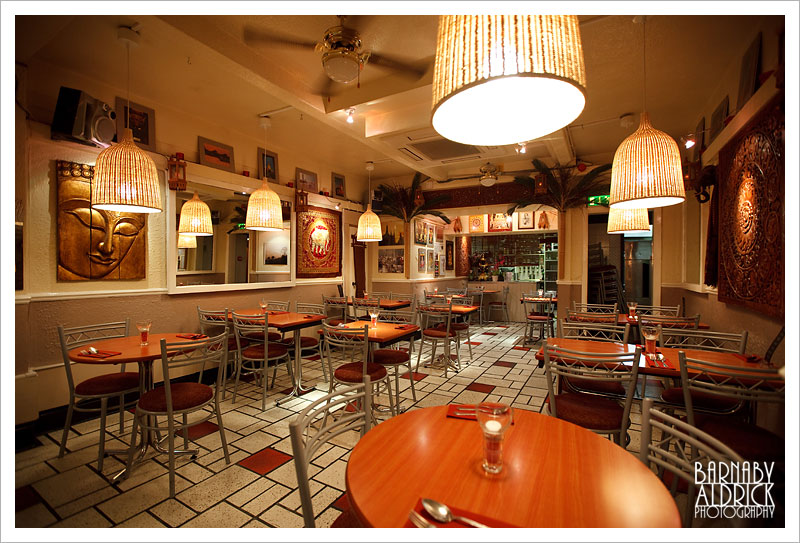 Interiors can be interesting too.  I rather like this naturally lit one of the Thai Sabai in Headingley. I think it’s the near / far vibe 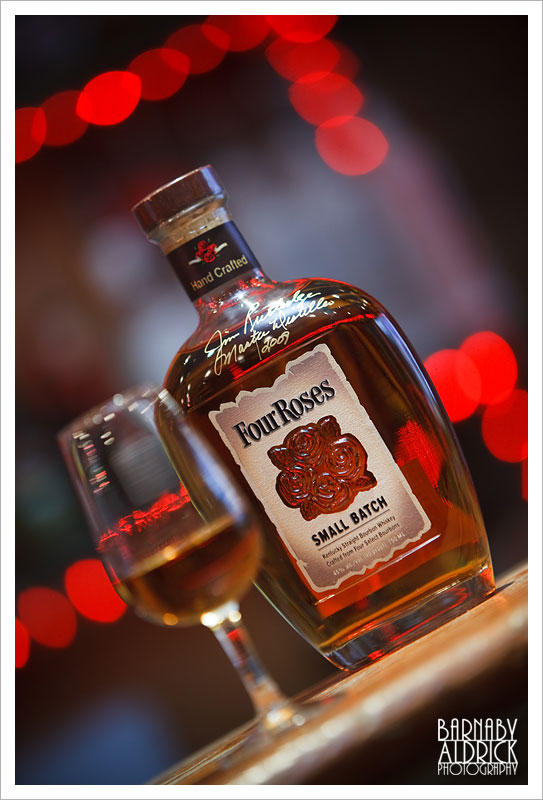 I often get given a bottle of something to photograph for a ‘booze flash’ feature, with my creativity as my boundary.  I generally find an open nearby bar and ask if I can shoot on their bartop.  In this case it was in Oporto’s, with their bar lights adding some interest to the background. 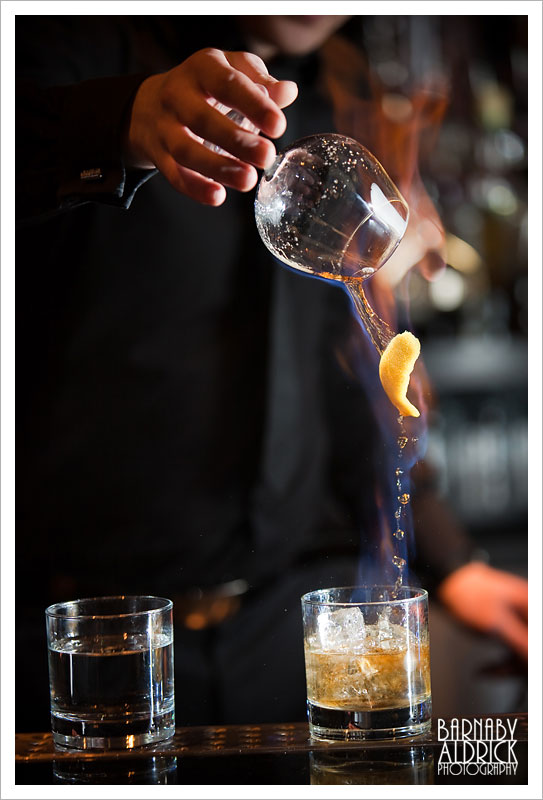 For the Bartender’s choice feature I get to photograph a bartender making a cocktail.  This ‘Mixologist’ threw a bit of flaming brandy into the mix.  Like Bailey’s & lime, Fire & flash don’t mix, so I had to be careful to allow enough ambient into the exposure to catch the fire.

I could lie to you, but it was total fluke that the shot I caught had a piece of falling orangepeel! 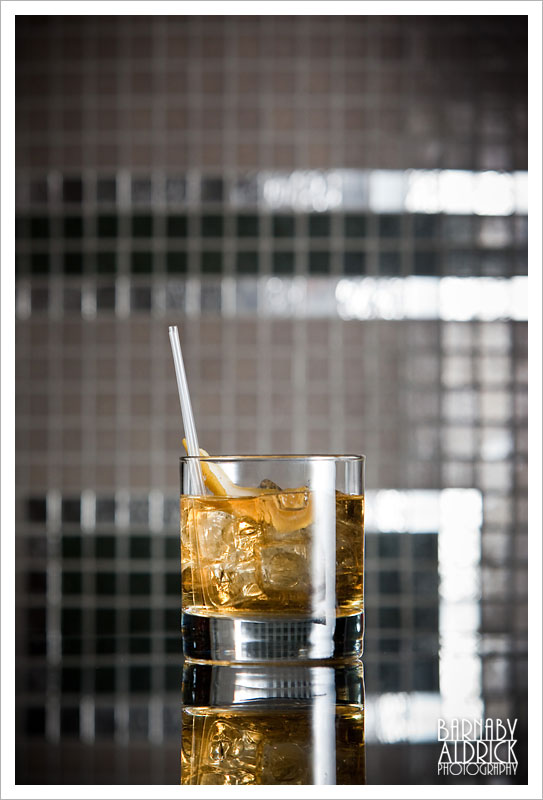 This was the final shot of his masterpiece, and it tasted rank. 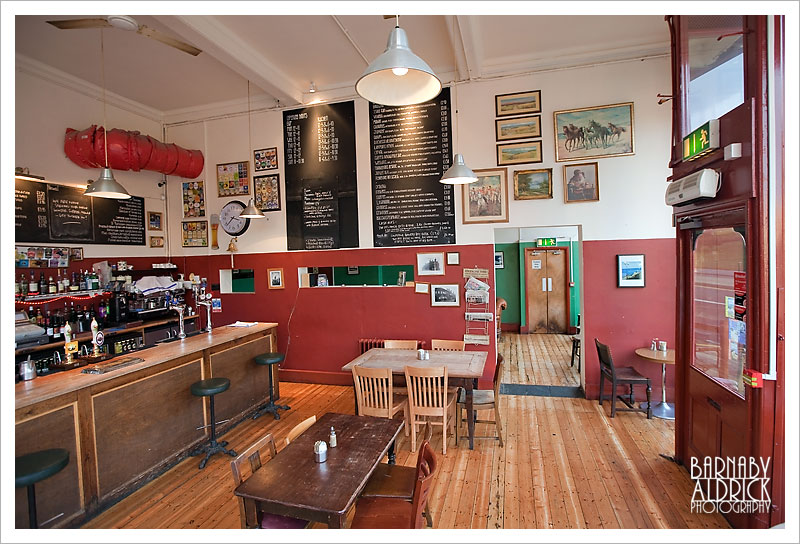 Also, for Bar Reviews I have to photograph interiors, and one recent LG shoot drew me into my fave bar (& local!) The Reliance on North Street.

I love this place, and often meet clients here for coffee because it has such a great shabby-chic vibe and the staff rock.

ps. I hope this little blog has made you all hungry!