Those of you who know me may know I dress my long suffering rescue pooch Kyra up as Star Wars characters every year.  When I got her, I was told her birthday was in early May, so decided that day might as well be May the fourth & may as well dress up as a Star Wars character to celebrate!  I’m not sure I’ve been able to top Darth Kyra, but this year, guess who’d like to wish you a happy Star Wars Day? 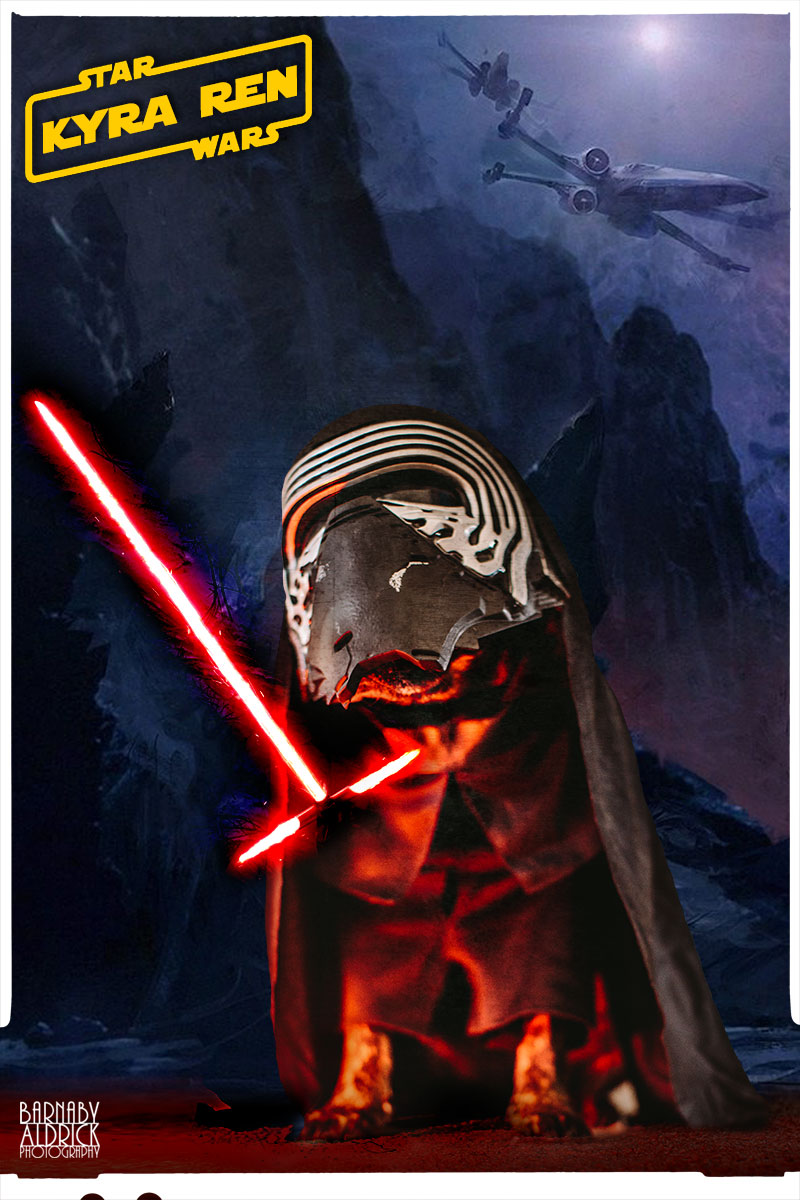 Another year she was Princess Kyra! Mainly ’cause she’s a little short to be a Storm Trooper. 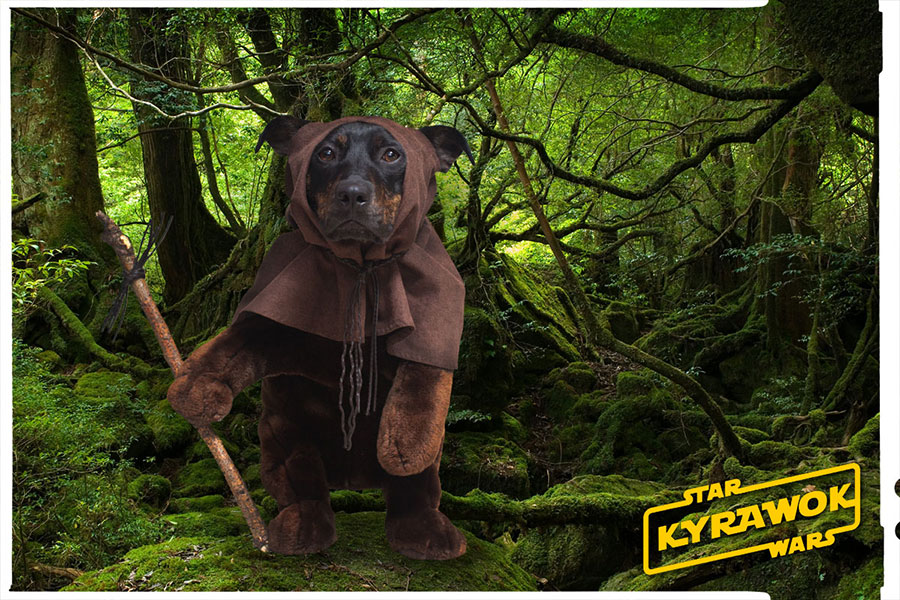 One year she played an Ewok (made out of an old charity shop skirt & a large teddy bear)!