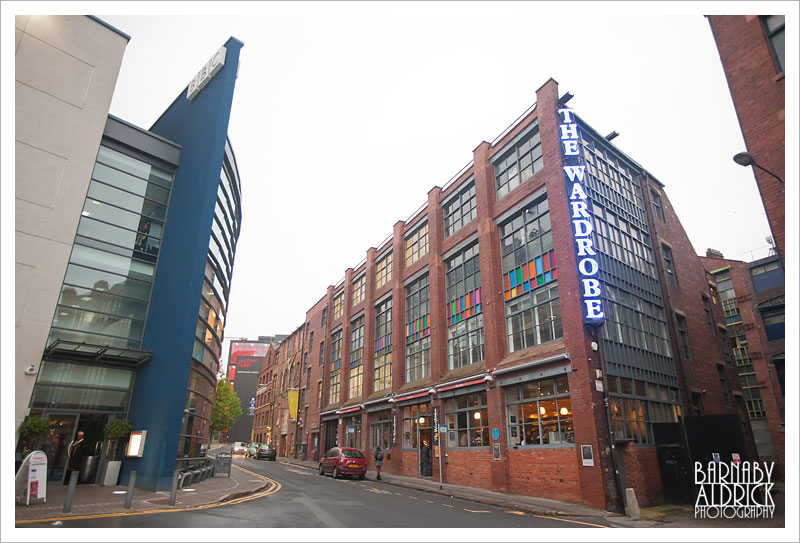 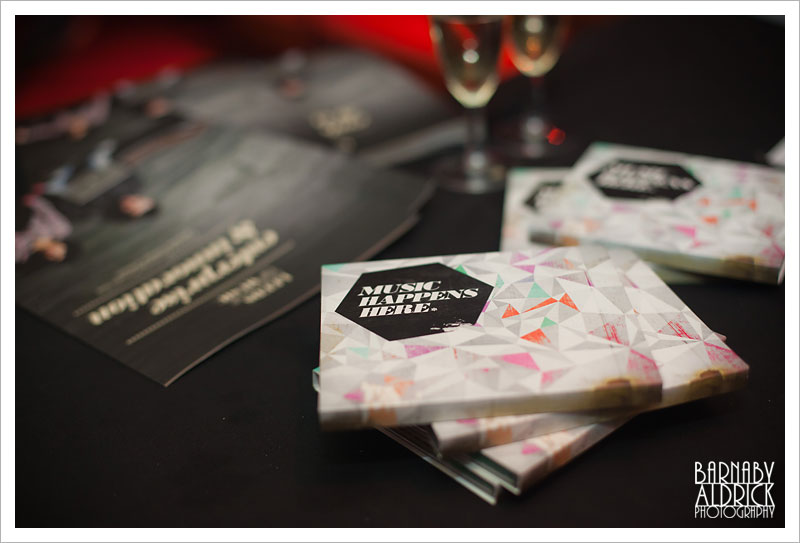 Basically, LCM students enter their creations and are vetted & trimmed down by industry experts; eventually becoming a highlights compilation to give the mass market at a snapshot of the fresh & tasty student sounds at the College.

Try saying that in one breath. 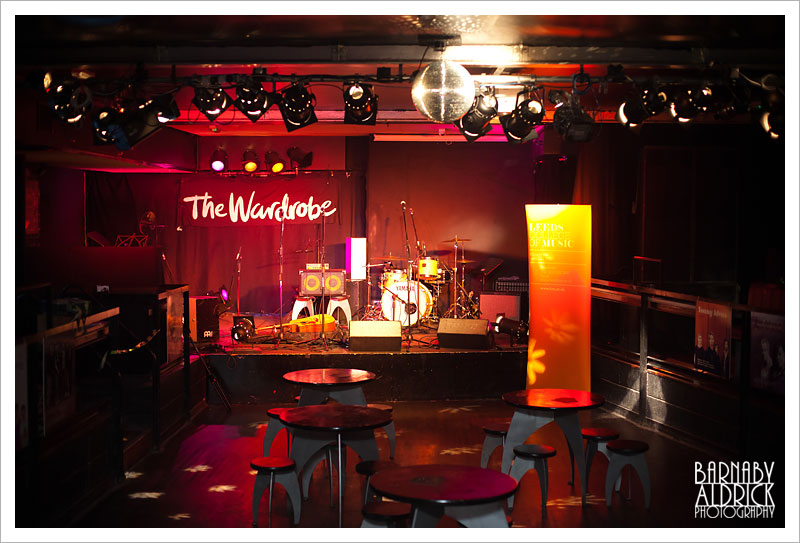 It was downstairs at the Wardrobe, one of Leeds’ best funk, jazz & soul clubs, just over the road from LCM. 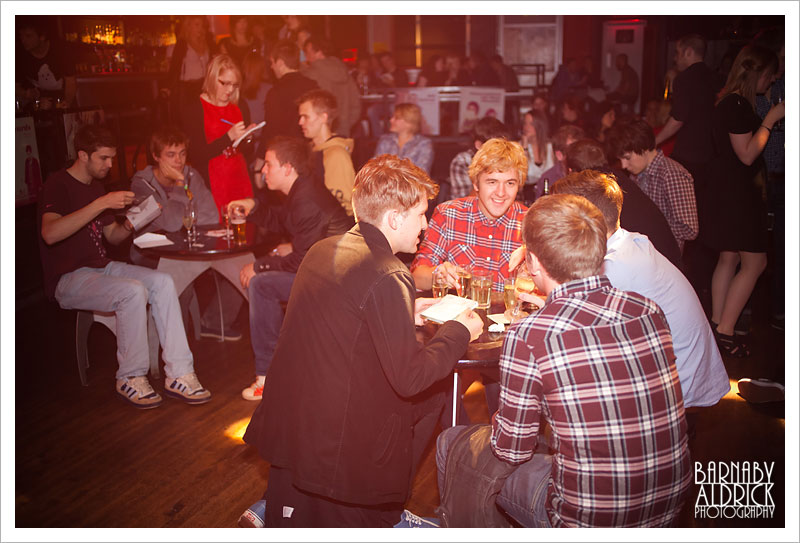 I generally recruit acts from LCM for my Sunday Service band night, as they’re all such talented musicians.

I believe you need to be grade 8 in your instrument to enroll, and they run some great courses on pop music / jazz & production 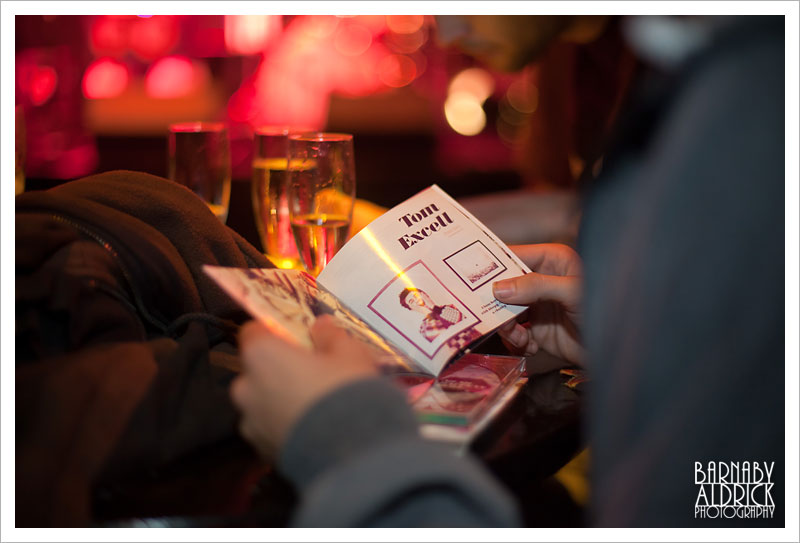 The finish on the Music Happens Here album (which is ace & can be bought here) is beautiful, not just sonically.  They had a photographer with a cool triple-barrelly name join them to photograph the bands & I found the sleeve art quite inspiring. 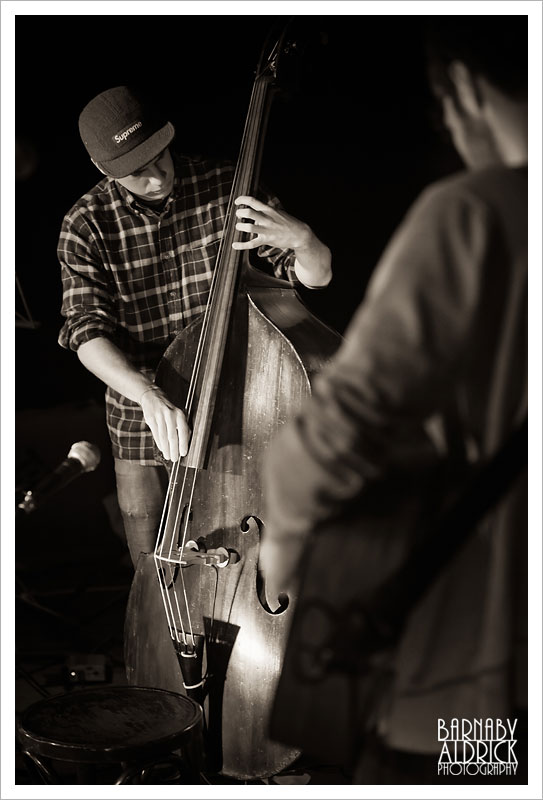 Anyhoos – after some champs and an introduction had been consumed, the night started its showcase for 4 of the bands on the album

Here we have Matt Belmont & his band.  Anything with double bass in is good with me.  Apart from perhaps a primary school orchestra.

[I’ve photographed the bass dude for his wedding function band Rhythmatic, who are a simply amazing wedding covers band if you looking] 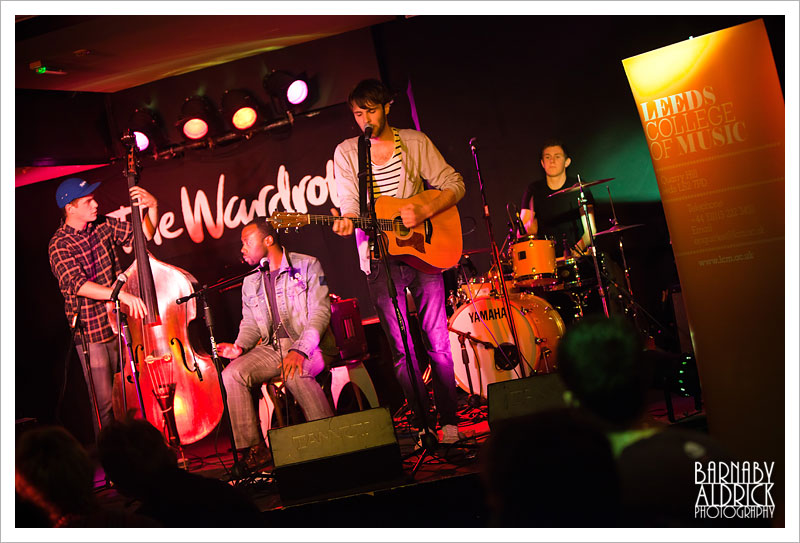 Matt’s on the LCM production course. 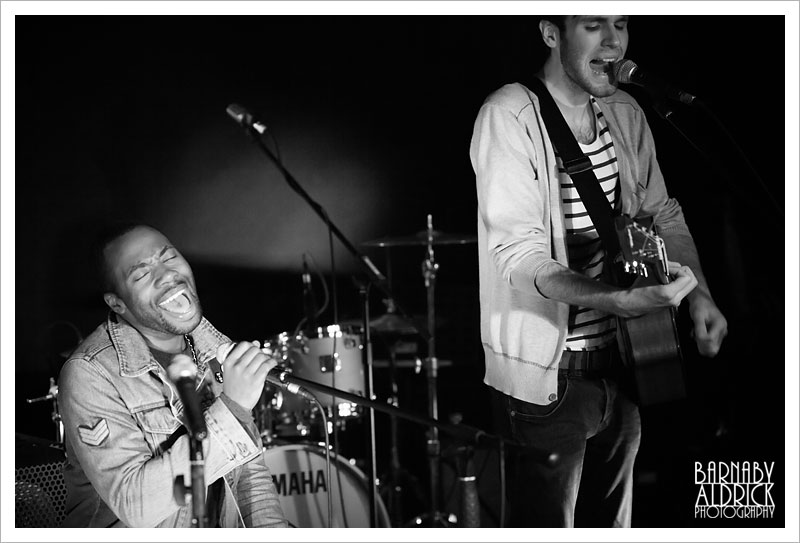 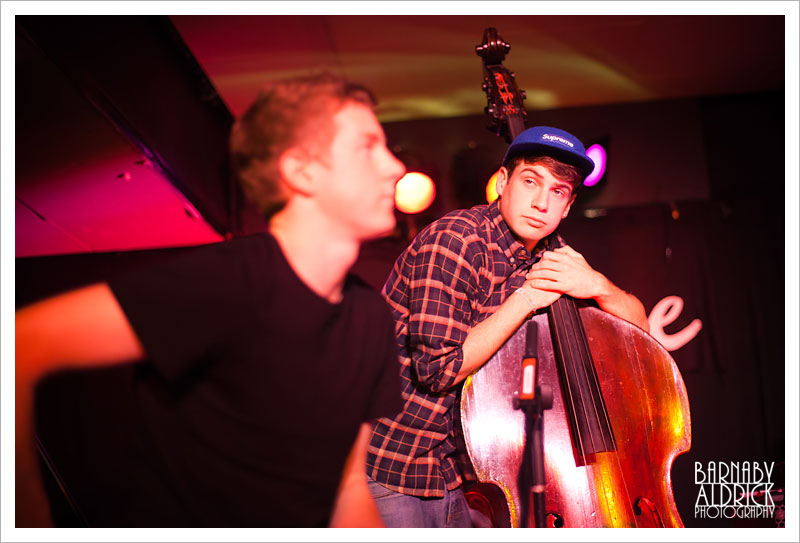 I quite like this one.  Man looks smooth in his weird hat 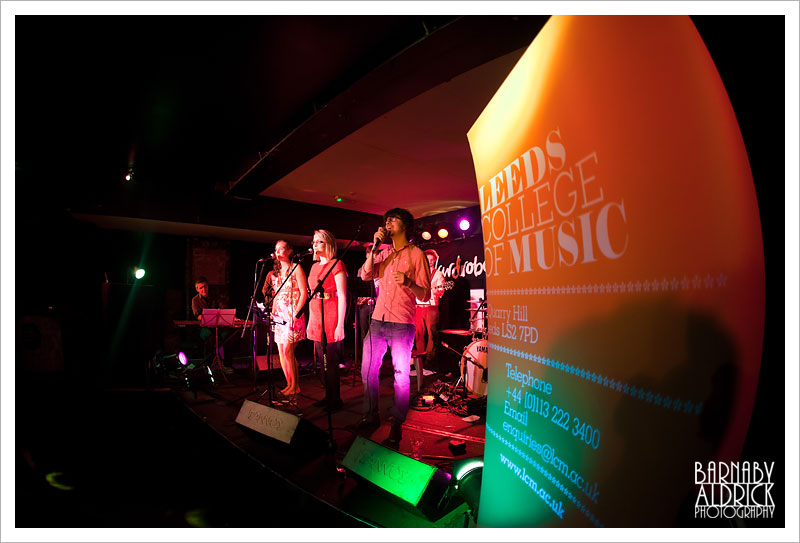 Next up we had a 10-piece extravaganza from Sam Reck.  On the LCM Jazz course, Sam’s got an acid jazz, James Taylor quartet/Jamiroquai flavour. 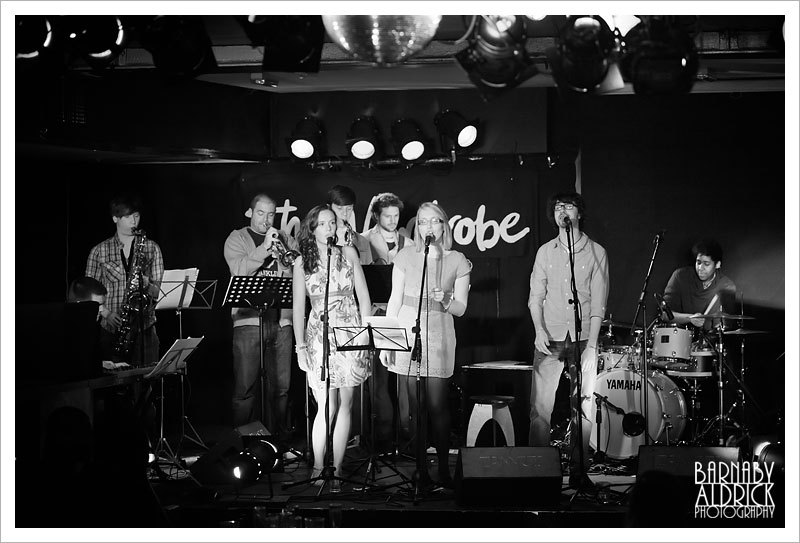 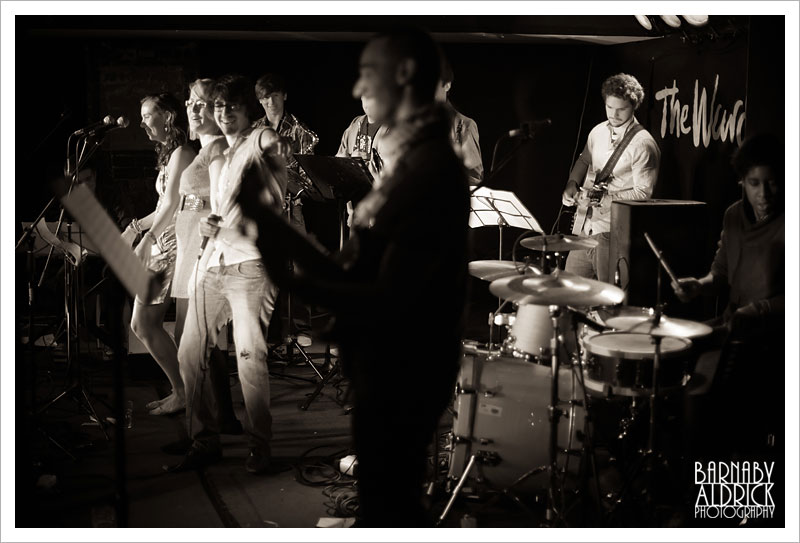 They had a great time on stage 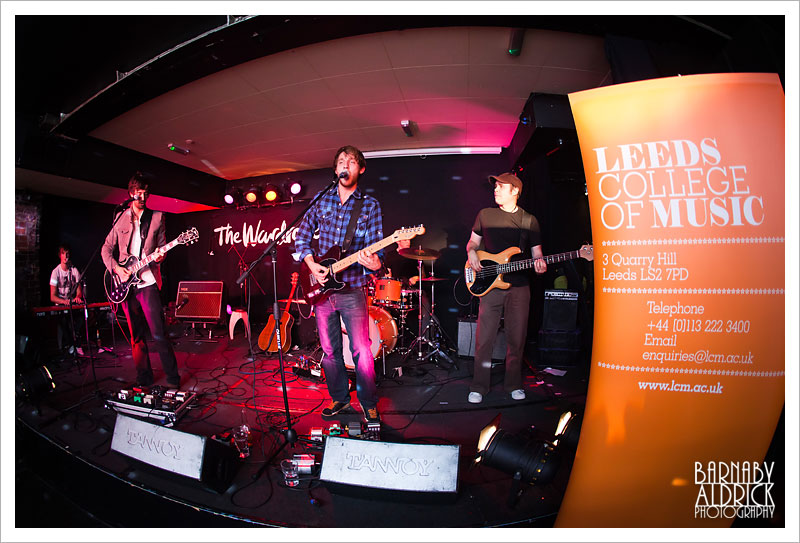 Third on were Young Ideas.  The band are Daniel McDougall, Henry Guy, Bruno Major and James Thompson, in their final years of popular music & jazz.  The track they put on the album, Neverland, has a beautiful John Mayer quality to it. 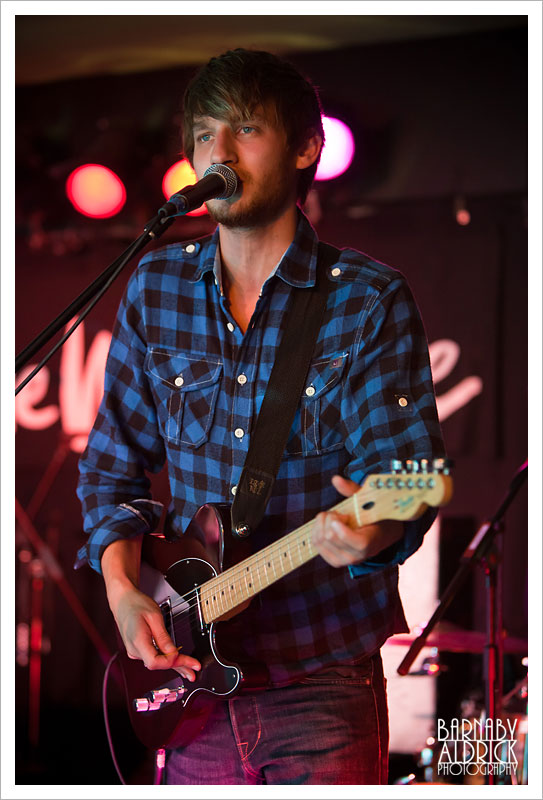 Dan’s played the Sunday Service in various incantations and has some serious skills.

At this stage in the night I was growing a bit tired of the pinky red murk, so started bouncing flash.  I generally don’t flash at gigs (take that how you will), but it really picks him out. 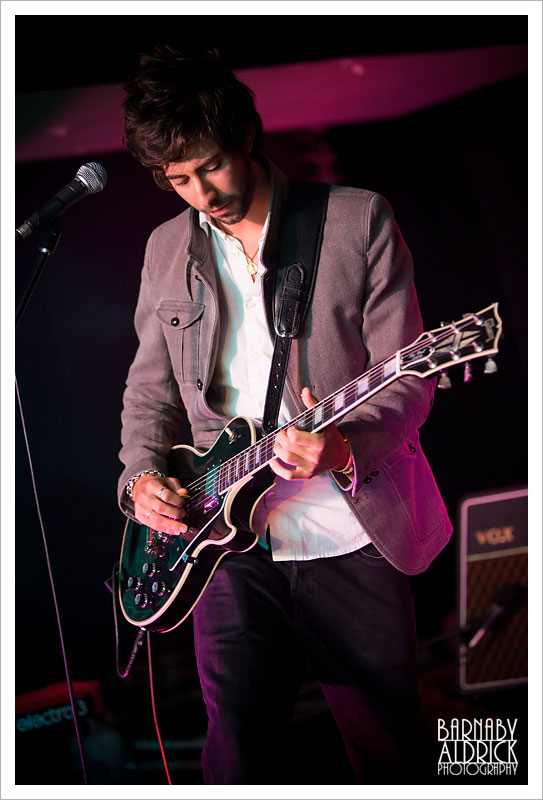 Same with this one, popped with a bit of on camera flash off a black wall (“not the ideal surface to bounce flash off” wined mr flashgun). 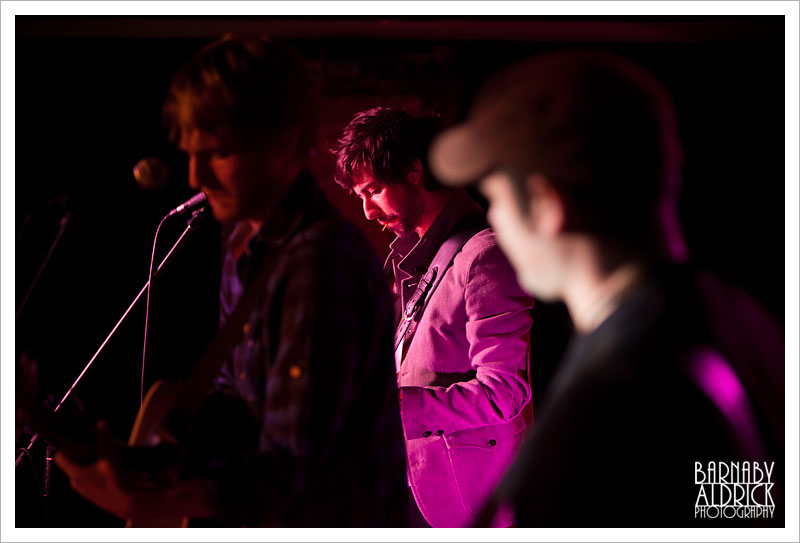 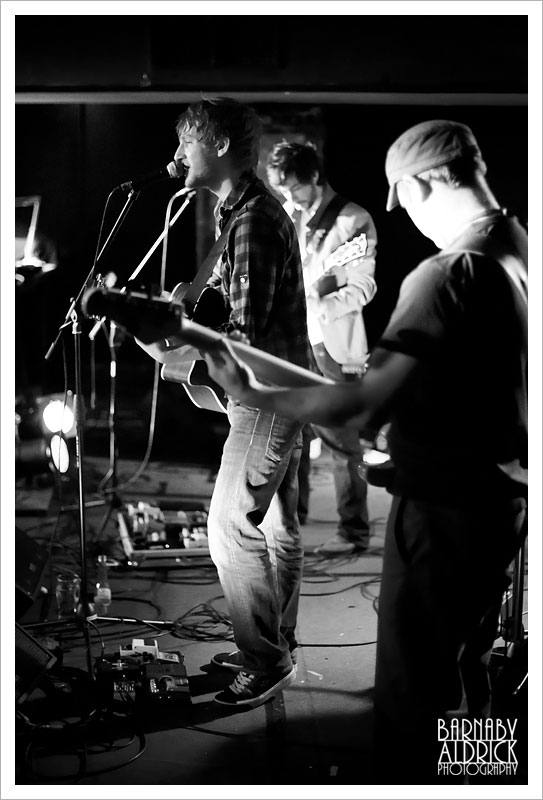 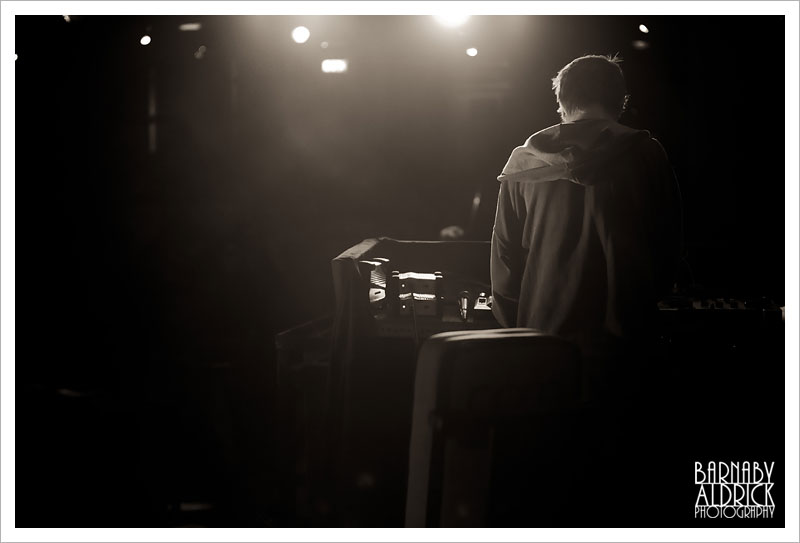 Finally, to close the acts, Tom Excell (doing music production) stepped up with his macBook Pro & magic gagetry & spread about some blips & peeps.

Described on the site as: A bass heavy wonk served with bleepy, cheesy bits and a chunky beat garnish.

So! You’d be a fool not to get yourself an album here to see what the college kids really can do, or learn more about the acts that made the cut by clicking here.