It’s kinda quiet time in the wedding world at the moment, so for a bit of a laugh yesterday, I hooked up with good buddy & excellent musician Dave Pilla, and we filmed a music video on my iPhone 4S.

Pretty crazy what you can do with a phone eh?!

For the geeks out there here’s how I did it: 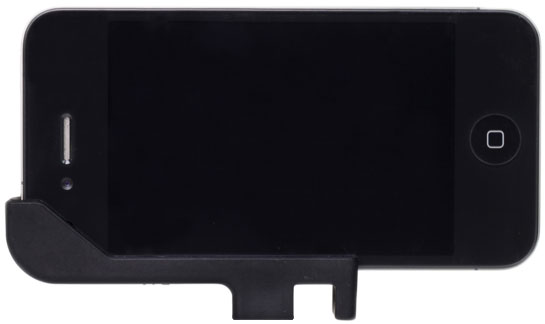 I took one iPhone 4S (which has a great little HD camera on it, though exposure is more manually controllable with the ProCamera App) clicked it into a Glif, a low profile iPhone fixing with a tripod attachment in the bottom…

…and attached it to the Manfrotto Monosteady, a cunning little support device for lightweight cameras.

As well as being able to be a mini tabletop tripod and a shoulder-braced support, it’s a rudimentary steadycam!  I say rudimentary, because it’s nowhere near as smooth as say the expensive Glidecam or Merlin supports, but for £80 you can’t really expect it to be so!  It does smooths out the walk and looks infinitely better than handheld video.

It’s not vastly perceptible, but the video is in slightly slow-motion, and yet Dave mimes his lines in time.  I’ve seen it done elsewhere, and was interested to try it on the iPhone.  I found out the iPhone shoots video in Apple’s Quicktime Full-HD H264 30 frames per second video.  I wanted to slow that down after filming it to 24 frames per second, so some googling told me that if I shortened down the mime track he had playing in his headphones to 80% it’s actual length (which therefore made it sound 20% faster), then when the 30p video is slowed to 24p, his lips’ll sync!  Hope that didn’t make you cross-eyed!

Anyhoos – after dragging the HD video files off my iPhone (using the free iExplorer), I used MPEG stream clip (also free!) to convert the video to 30p proRes422, then used the Final Cut Studio ‘Cinema Tools‘ (not free, but great for changing frame rates) to batch conform the footage to 24p.  I dropped that into a 24p Final Cut 7 timeline with the original audio track and matched up the clips by eye.  Normally, I’d have used pluraleyes, but the audio of Dave’s Mime wouldn’t have matched well the original audio.

Then I did a bit of creative editing till about 3am this morning splashed a cheeky grade on it with Magic Bullet looks and went to bed while it exported out.

So there you are!  Granted there are even cheaper ways to DIY it than I did, as I’ve already got some of the toys.  But as always, I’m a big advocate of getting out there and doing it.  Don’t let things like ‘I’ve not got the gear’, ‘don’t have time’ or ‘no budget’ get in your way…

…you can do it on your phone!

Party on people.  Get involved and be creative!

ps. Be sure to check out more of Dave Pilla‘s tunes, cos he’s absolutely wicked.

pps. He and loads of other amazing muso’s are playing at my Sunday Service Christmas Special next Sunday at Call Lane Social.  Free in, good times, more here!