Happy Star Wars Day folks! ‘May the Fourth’ be with you!

Those of you who know me, know I dress my long suffering rescue pooch Kyra up as Star Wars characters every year.  When I got her, I was told her birthday was in early May, so decided that day might as well be May 4th & dressed her as Darth Vader to celebrate!

After this crazy pandemic, we all need to laugh hey? 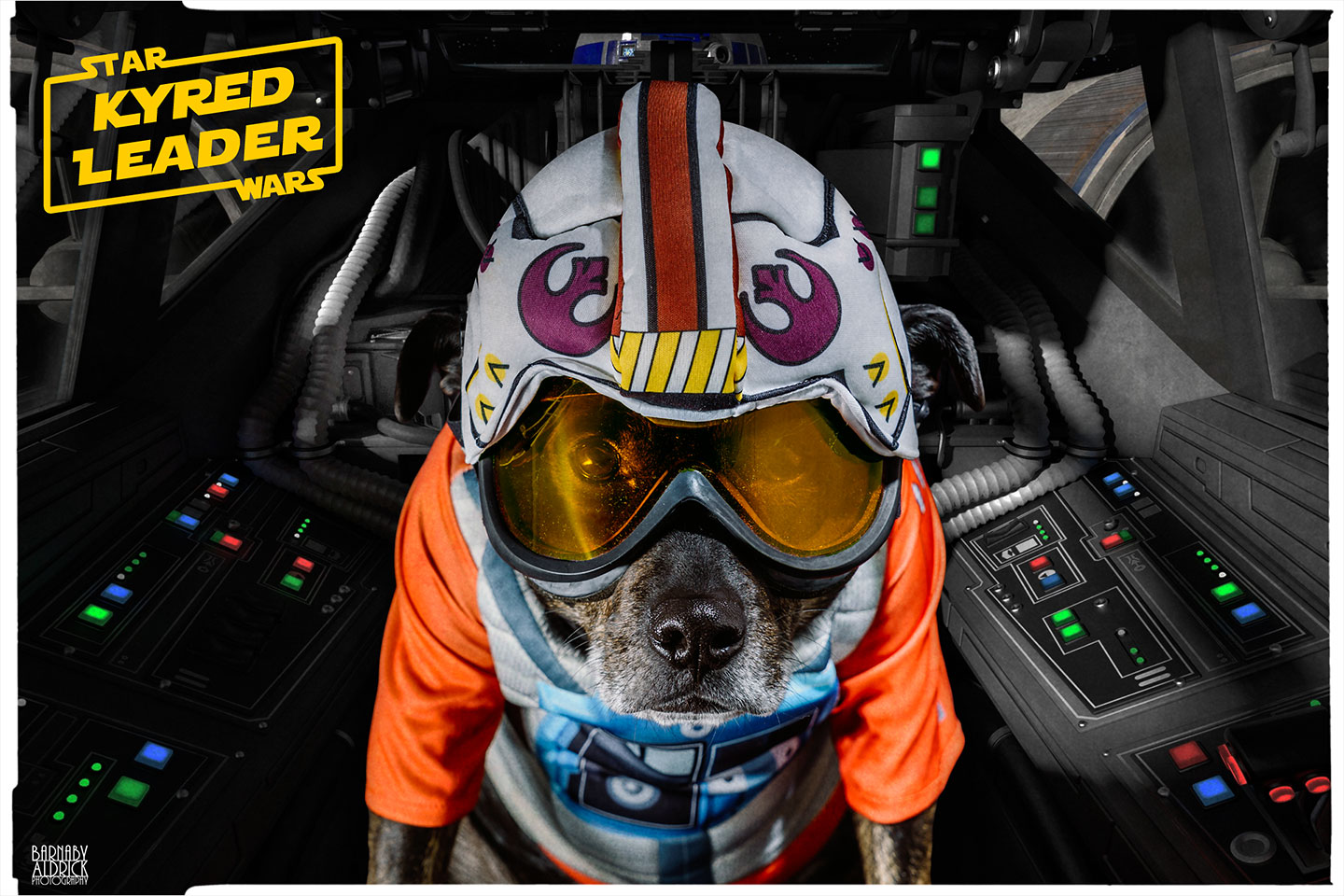 An X Wing Pilot! And as I strain at puns on her name ‘Kyra’, she joins Gold Leader, Blue Leader and Red Leader, as ‘Kyred Leader’!

It was an official outfit too, this one! But with added snowboarding goggles I found in my drawer.

If you’d like to peruse her past run of torturous outfits, previous instalments have been as follows: 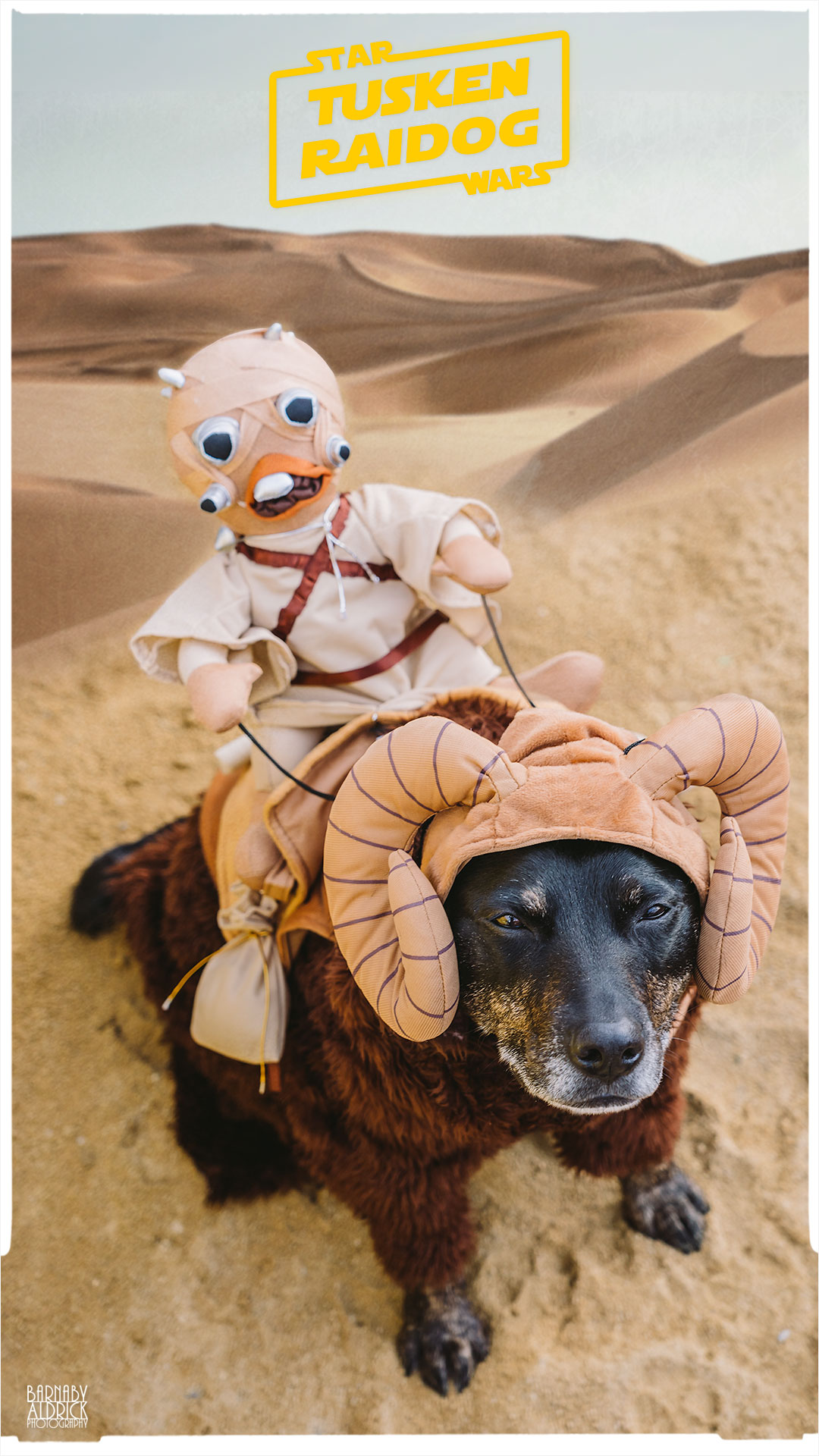 While she’s technically a Bantha, the rider is a Tuskan Raider and that makes an easier ‘Kyra/dog’ pun! 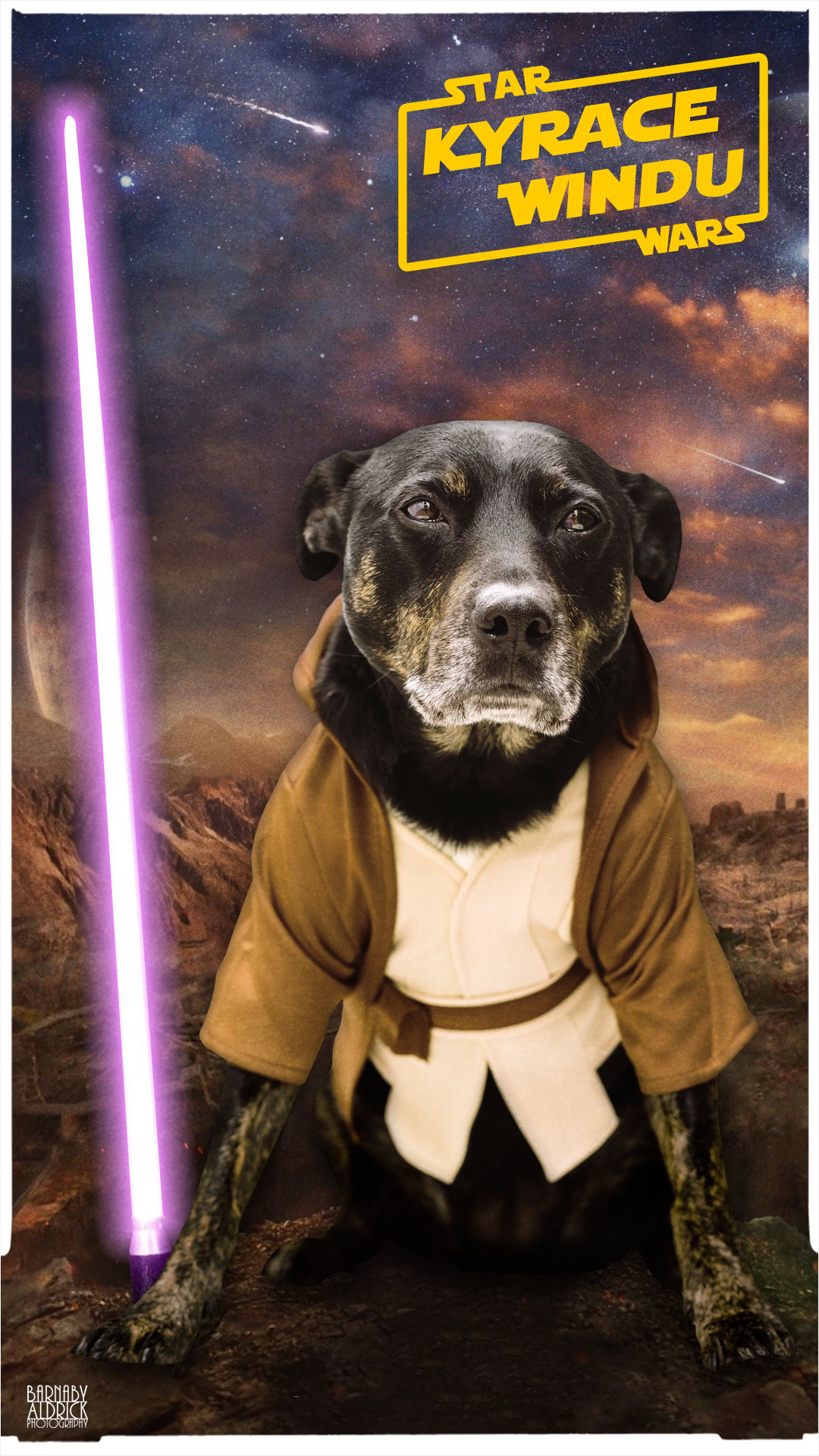 A few years ago we had a bash a “Kyrey”!

The year before in our local bluebell woods, I hacked up a Chewbacca Rucksack to make ‘Chewbarka’! 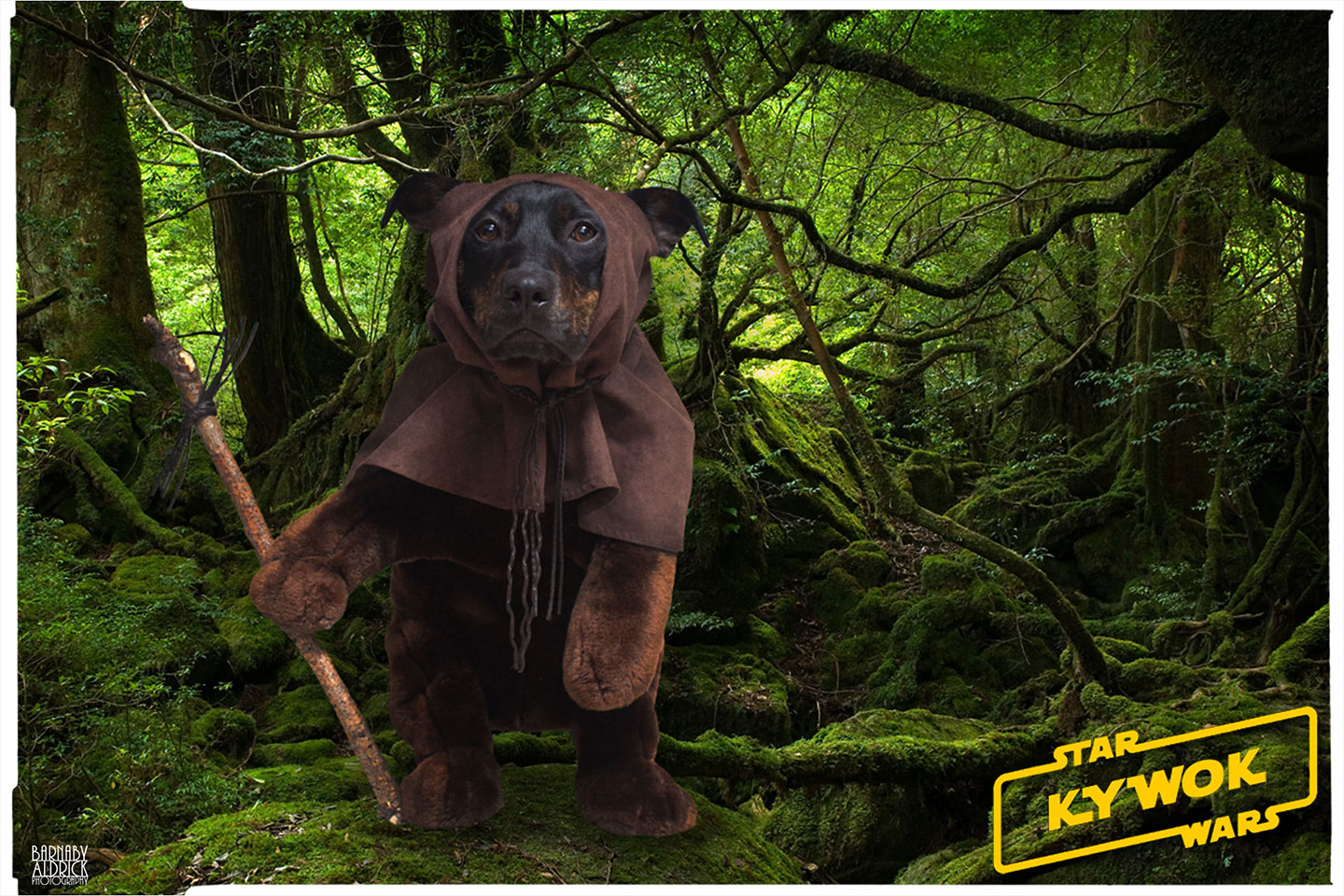 I can’t see what her problem is really; I personally love a spot of dressing up… And it’s a great document of her face graying over the years!