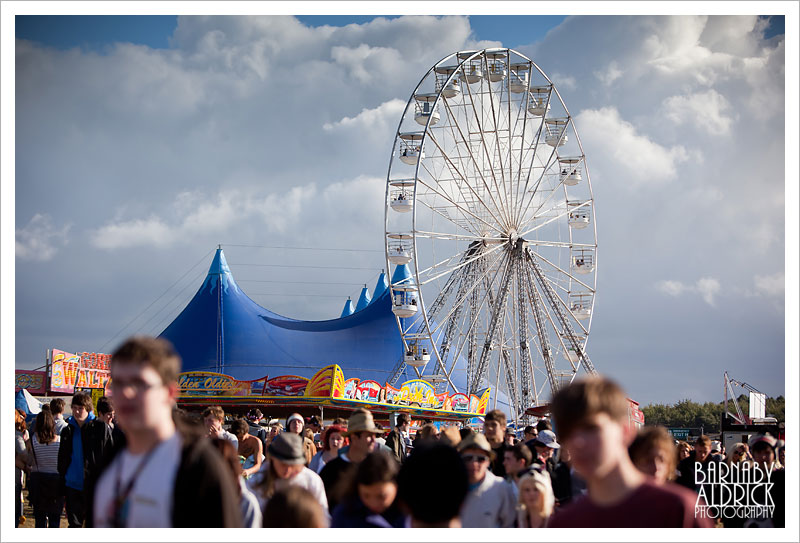 On Bank Holiday weekend just passed, between Friday & Sunday weddings, I was lucky enough to blag a press-pass to this years Leeds Festival via Leeds Guide.

I always seriously enjoy photographing at this fest, in no small part to do with the flood of light they they throw at all the stages, making a refreshing change from splashing around, dragging slow shutters under one muddy red light in the corner of a local bar!  But Leeds Fest is also a great op to catch a whole load of new music too.  ‘Togs are only allowed in the pit for 3 songs (no flash), and there are bands across 5 stages, so you get to catch quite a lot of new stuff, albeit through muffling earplugs. 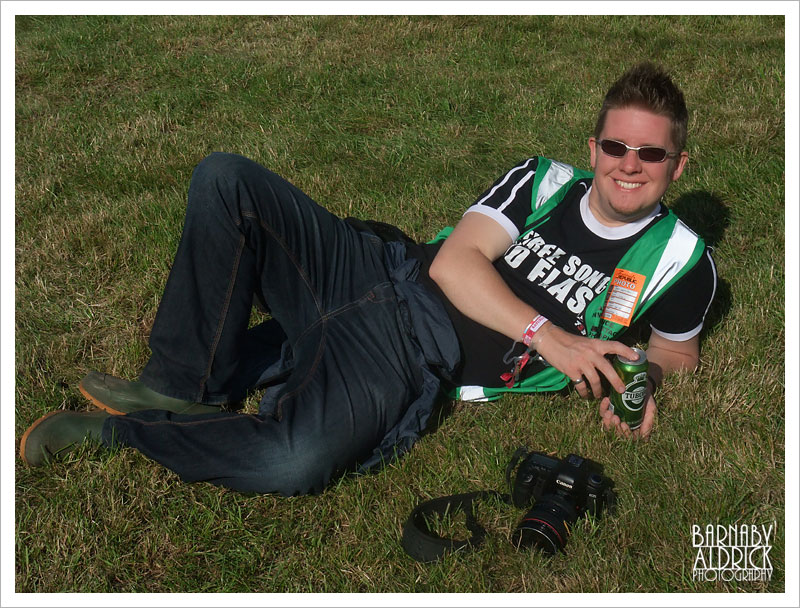 Here’s me flexin festival chic with a free VIP tent Tuborg.  It’s all about the tabard, welly & The Sound Gallery ‘three songs no flash’ T-shirt combo!

Last year, before I’d heard them up and down BBC Radio 1’s limited playlist, I checked out the relatively unknown Vampire Weekend, MGMT, Jack Penate & Temper Trap, on the medium-size festival stages.  They stood out a mile & I got some cracking pics of them all.  See the Temper Trap ones here. 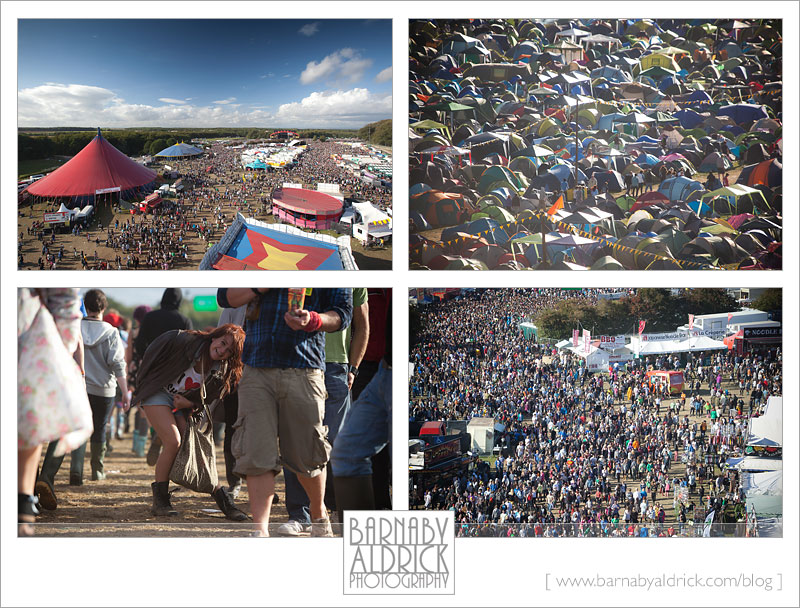 This year I decided to pay to go on the festival wheel to get some aerial views of the site.  After queueing up (in my tasty tabard) they let me on for free!

I got some ace pics of the site, the seas of tents & peeps. 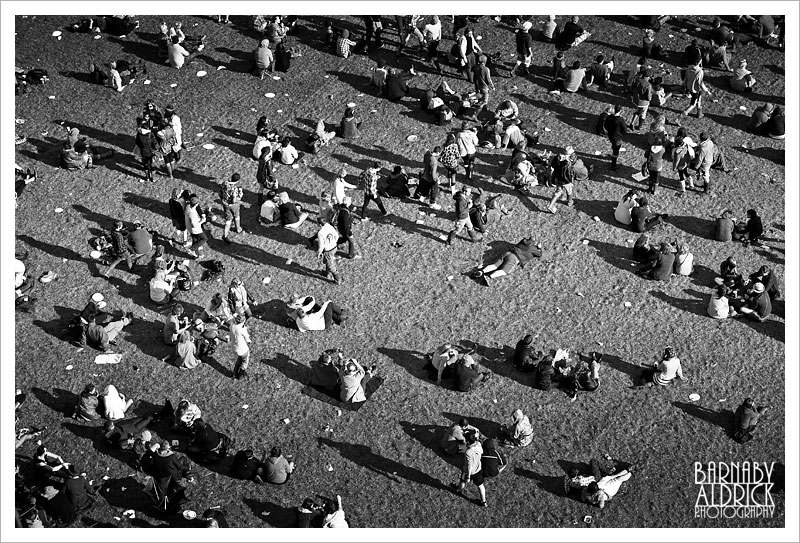 I like this sidelit one of peeps chillin in the litter 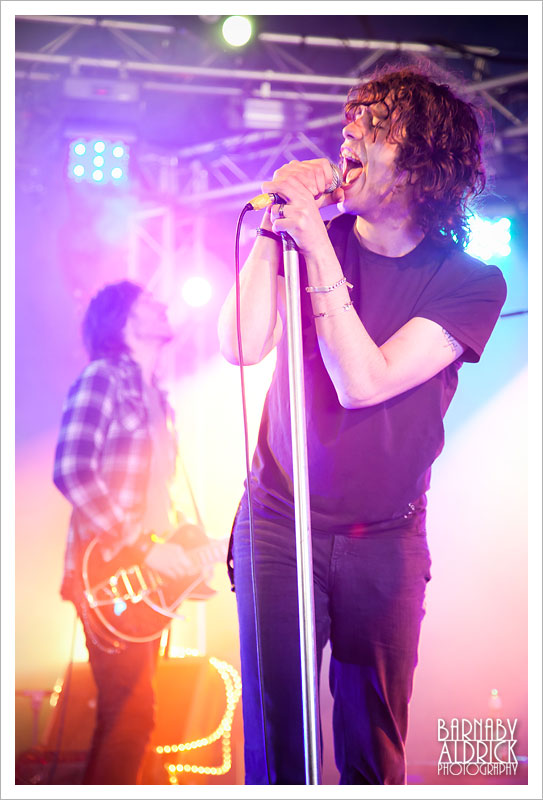 The first band we jumped on was Sound of Guns.  Check the light! 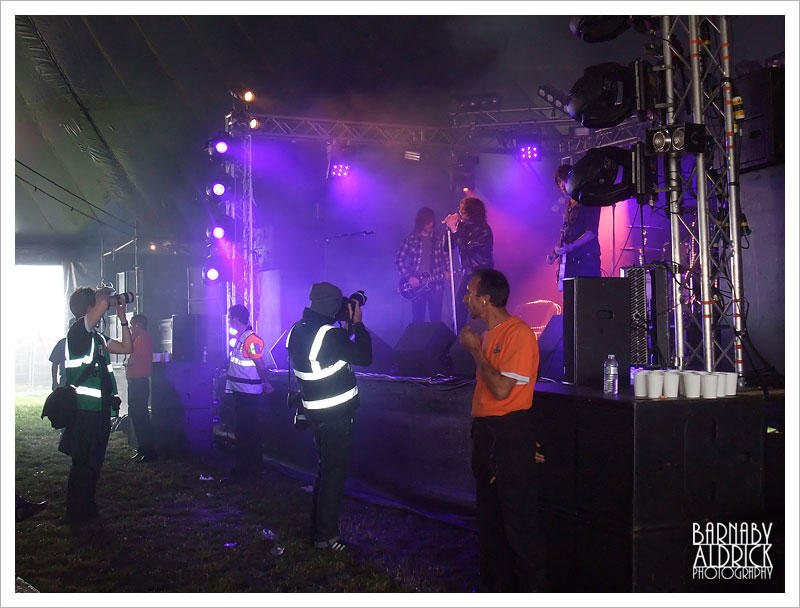 Here’s one Clare shot from the crowd of me shooting the above shot. 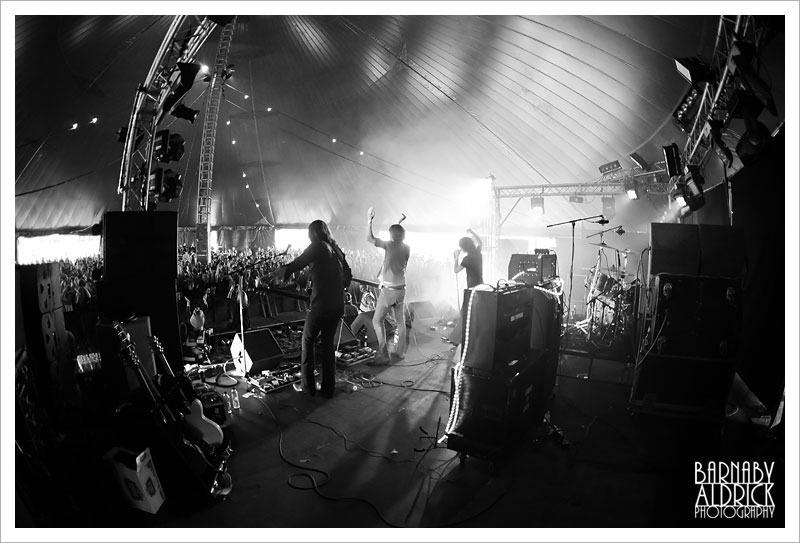 Givin it a bit of fish from the back.  You’re not supposed to sneak back here, but I always do. 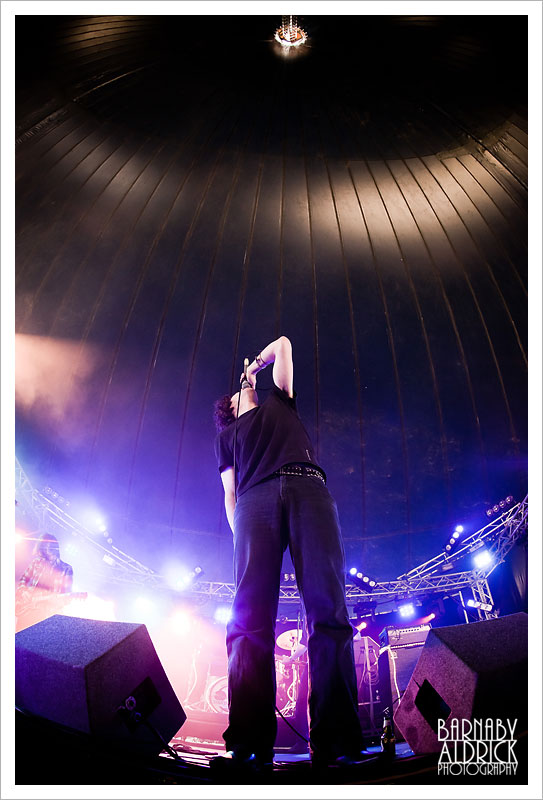 Fish from the front 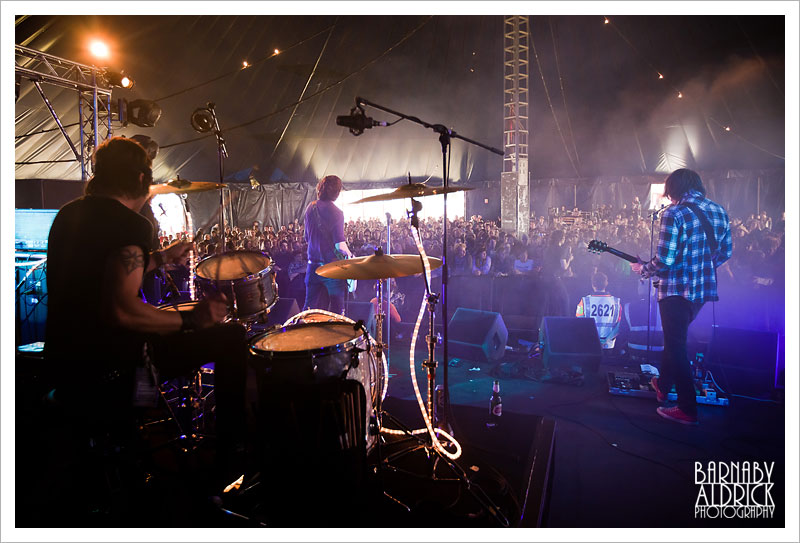 16-35mm, poking through the back curtain, with live view on for reference 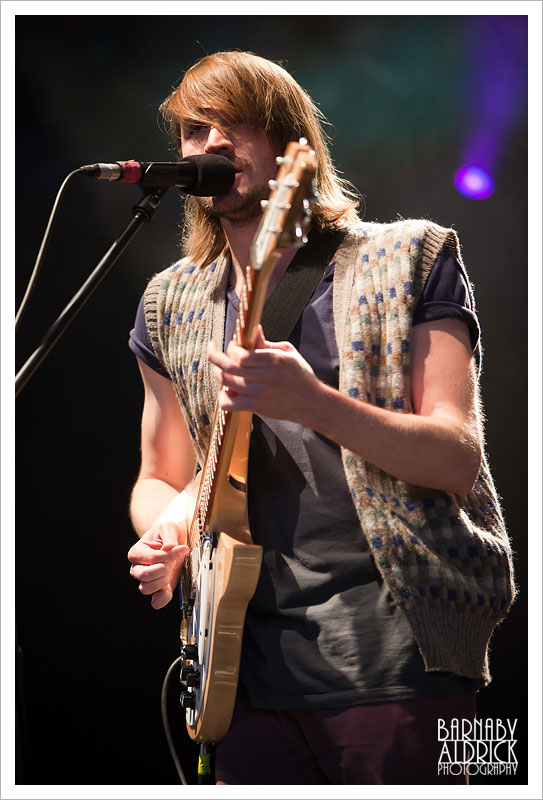 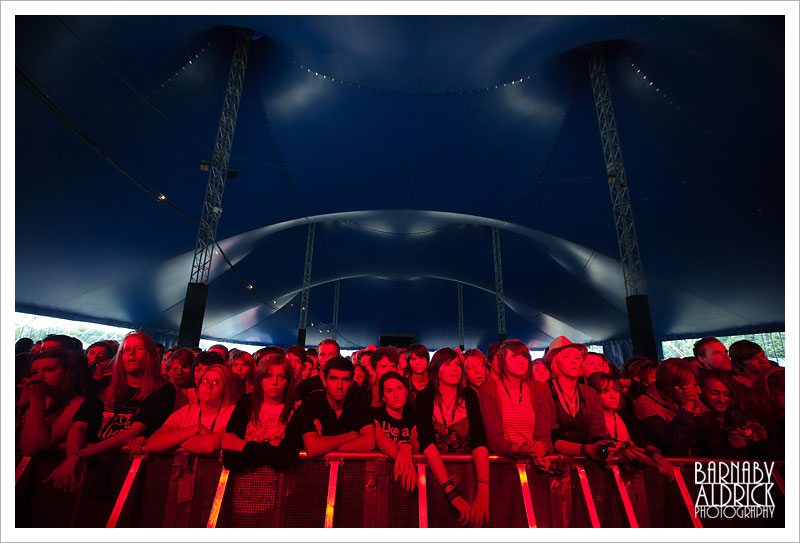 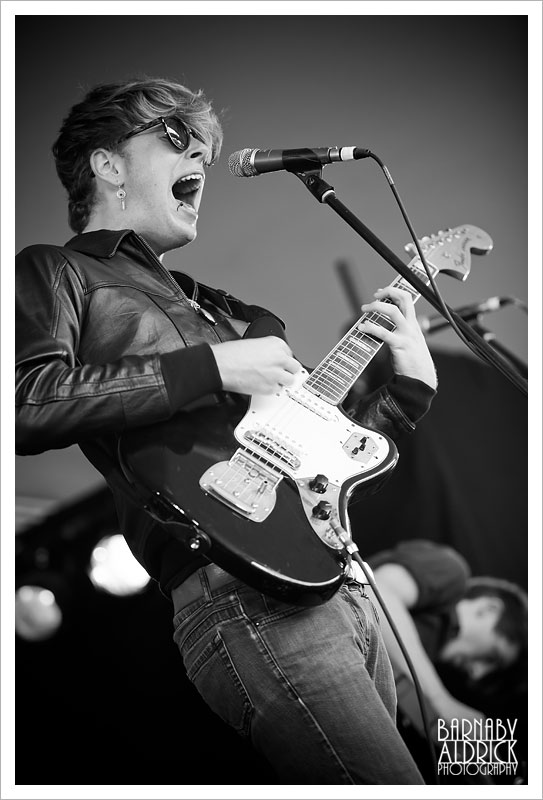 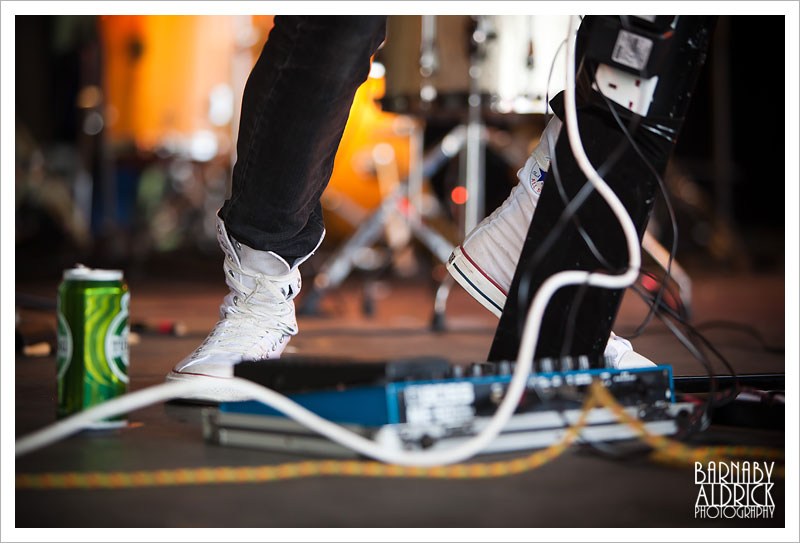 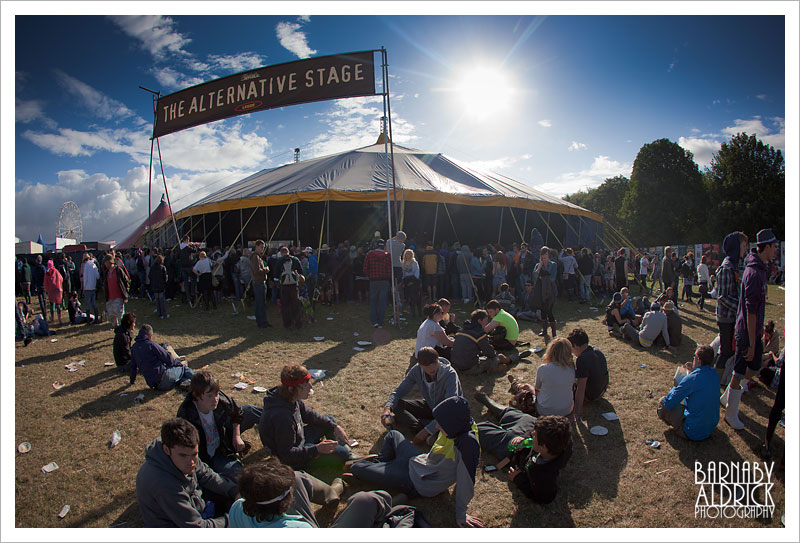 There was a reet kerfuffle around the Alternative Stage so I popped in to see who was on. 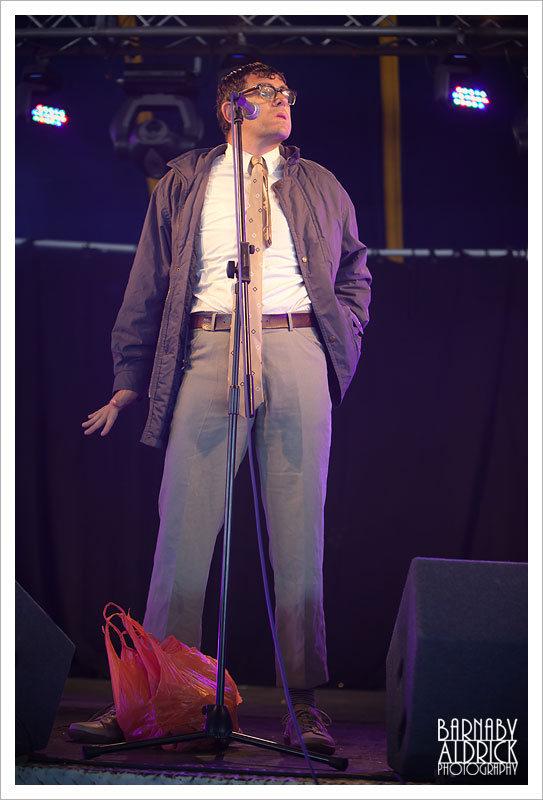 It was angelos epithemiou (easy for you to say), the Shooting Stars team leader. 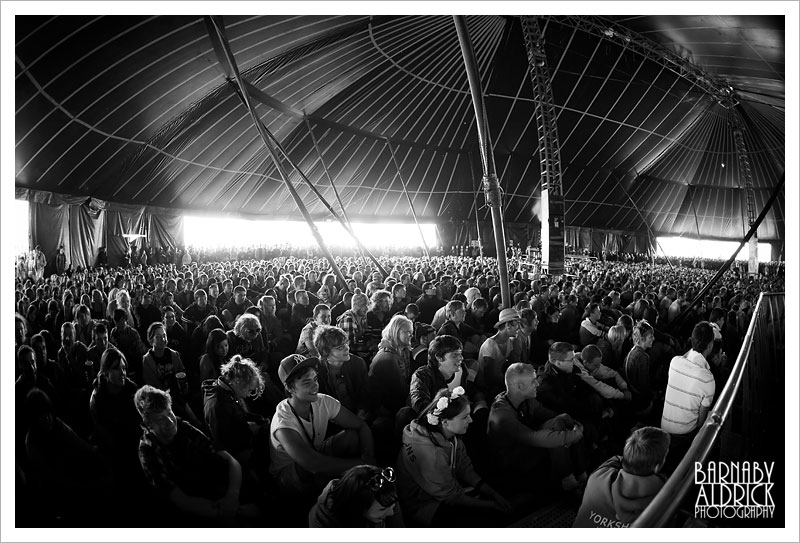 He packed the tent pretty tight! 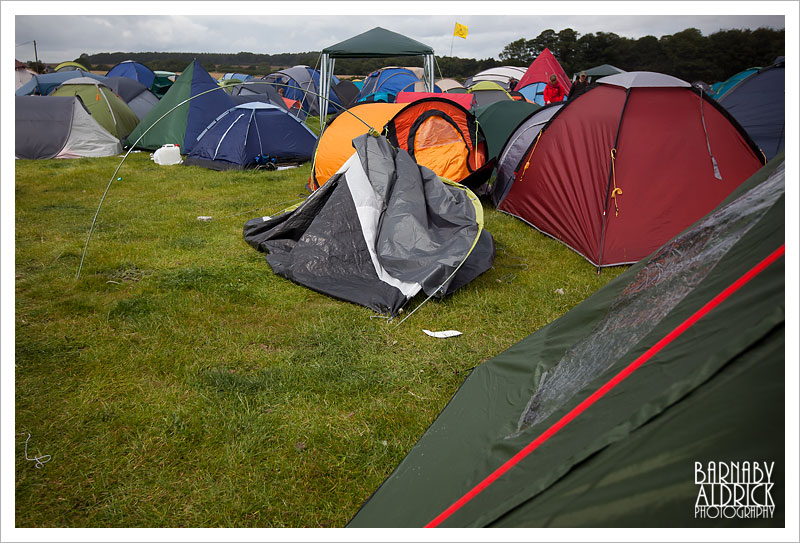 Someone who didn’t pack their tent so well was this effort.

I think that’s a FAIL right there. 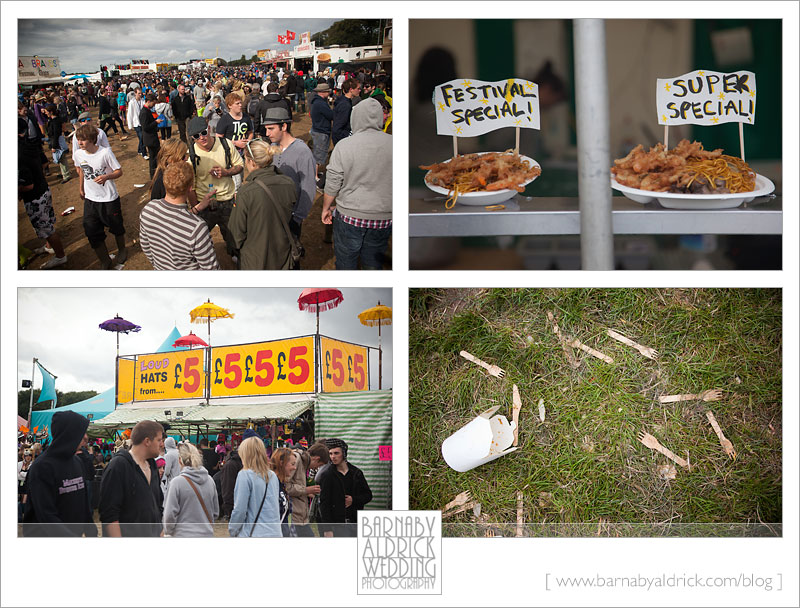 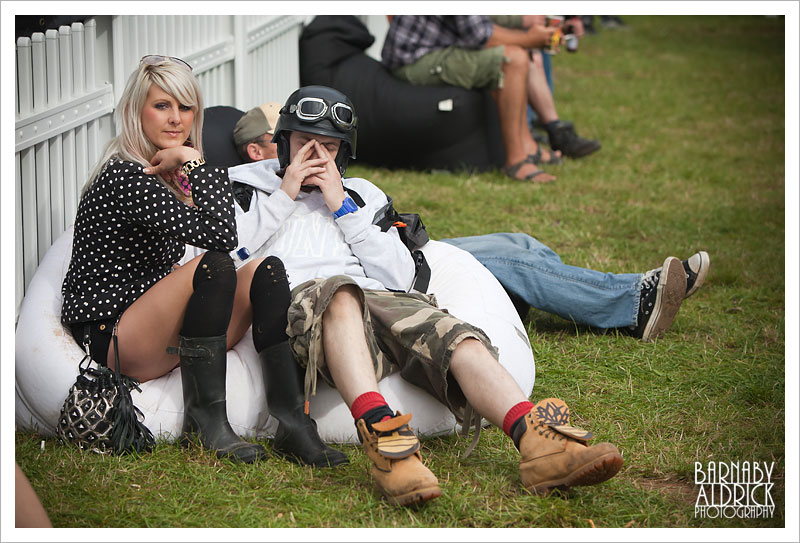 One of many sparked out festival casualties. 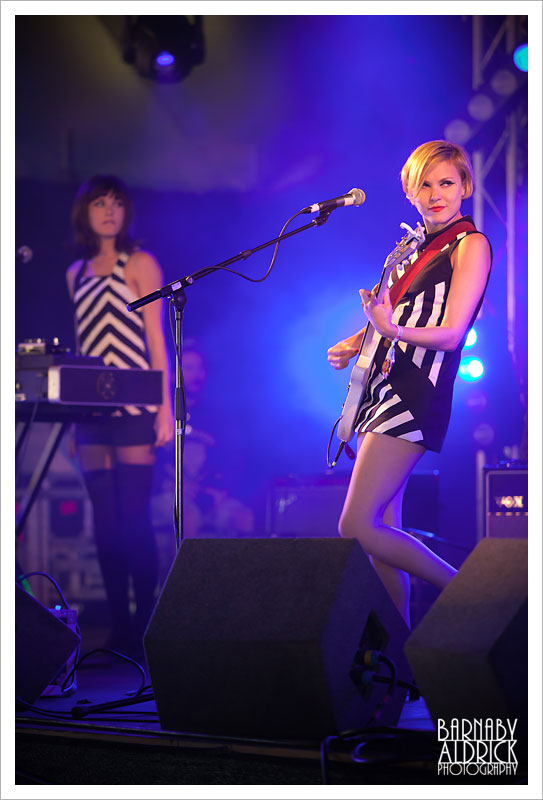 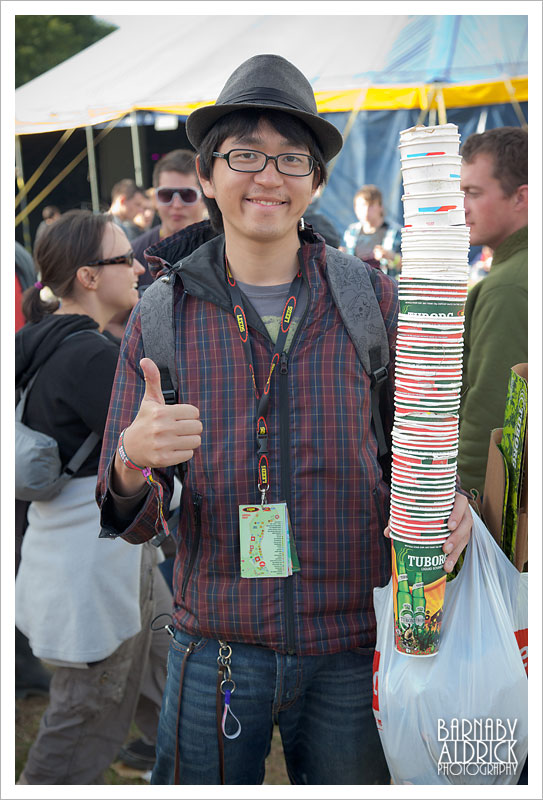 You get 10p back for every paper cup you return, so some folk waste a good deal of the festival cup hunting for about £4.

Saves paying for litter pickers at the end I spose. 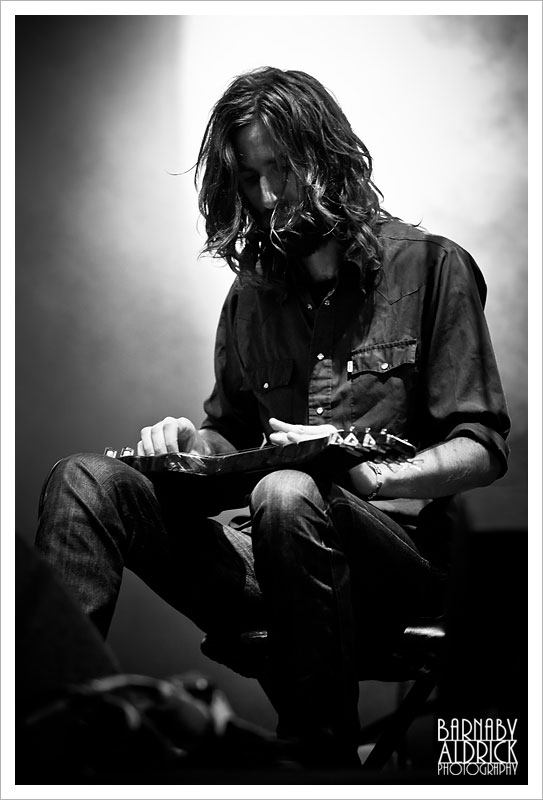 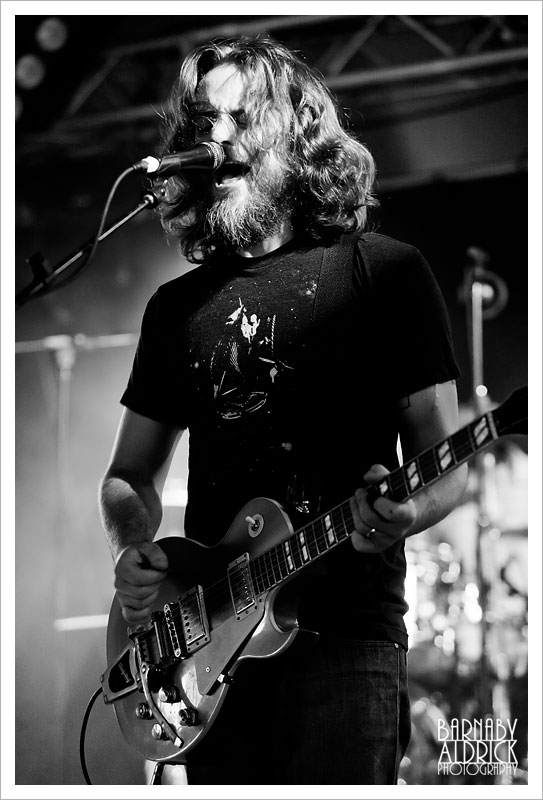 Minus the Bear, looking classically rocky with his Les Paul & Jesus mop. 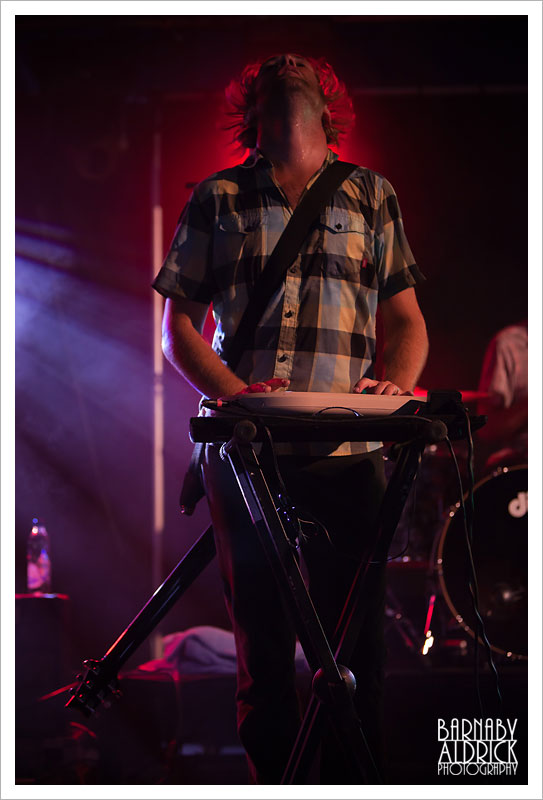 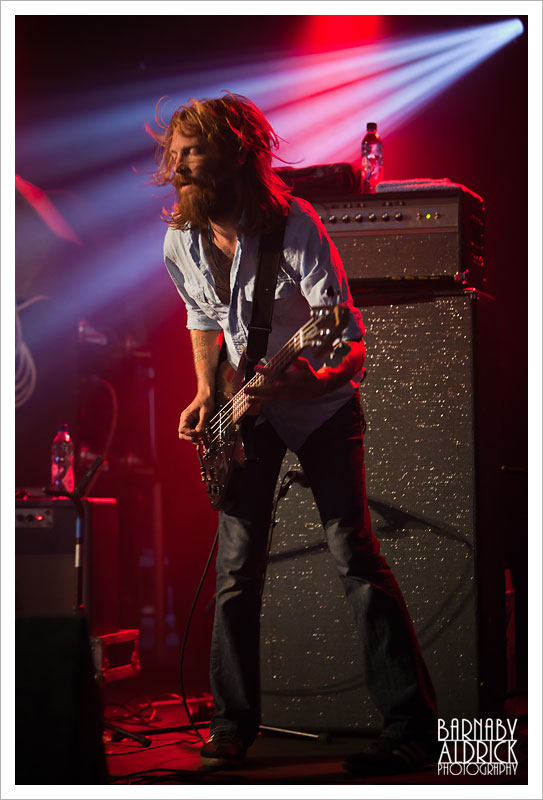 I like this one of Minus the Bear’s basis lost in his groove. 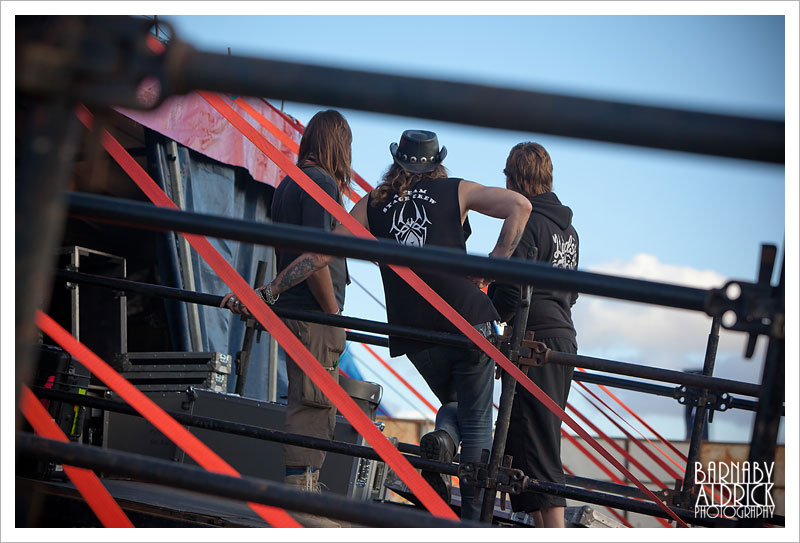 I do like to see what’s going on behind the scenes around the fest too, especially with the roadies.  They’re an unusual bunch.

Anyhoos – As I’ve about a million pics I like from Leeds Fest, I’ll leave you there for now and will post a part 2 soon.