I’m just about to head out to France to shoot another exciting wedding, this time in the Alsace.  It’s my 2nd wedding of the year out there and I’m thoroughly enjoying playing the international wedding photographer card!  Not least because it’s an opportunity to squeeze a little holiday in around it.

When we were last in France for the wedding of Deborah & James (post here) Clare & I spent a day and a half moseying around Paris.  Even though I had all my tasty glass & toys with me, I decided to shoot the city from my iPhone.

I’m a massive Apple advocate, but have always been a bit gutted by the quality of the iPhone camera.  I bought the 3GS & the 2megapixel camera was better, but miles from the quality of the competition. However, I recently discovered and installed an iPhone app called ‘Hipstamatic’.  It basically ‘photoshops’ iphone pictures to make them look like different variations of faded old prints.  The camera replicates old lenses, flashes & films and you can choose combinations of the three (or shake to randomise) and after ‘developing’ the image (which can take ages), you get all sorts of surprising effects.  You can also choose from two types of viewfinder; ‘Precision’, which shoots what you see, or ‘Classic’ which lets you see a part of the image and then randomly crops some extra edge in.  I found classic fun, as it leads to composition I’d never considered. 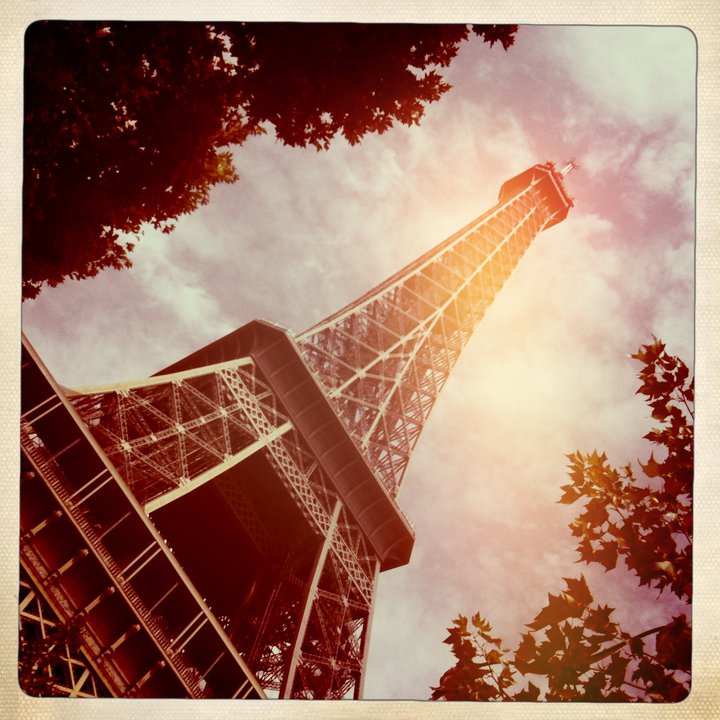 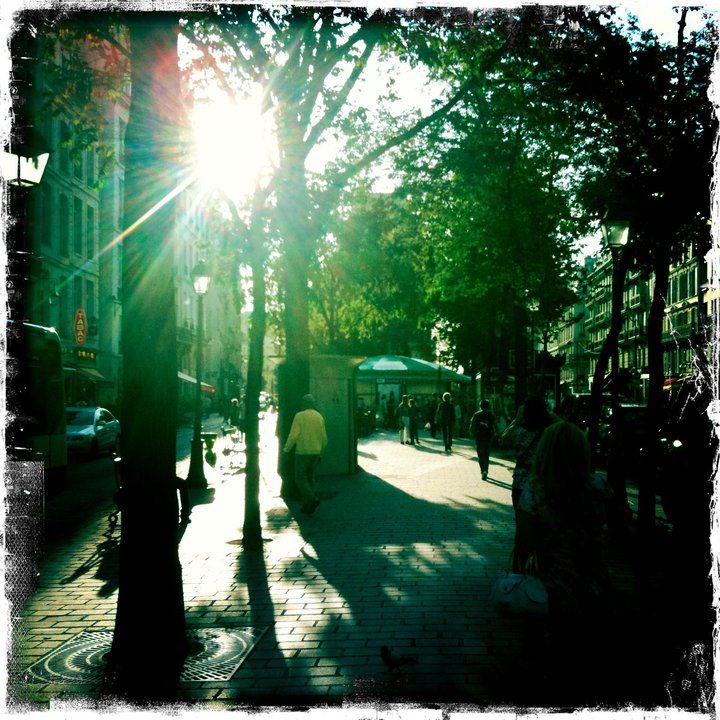 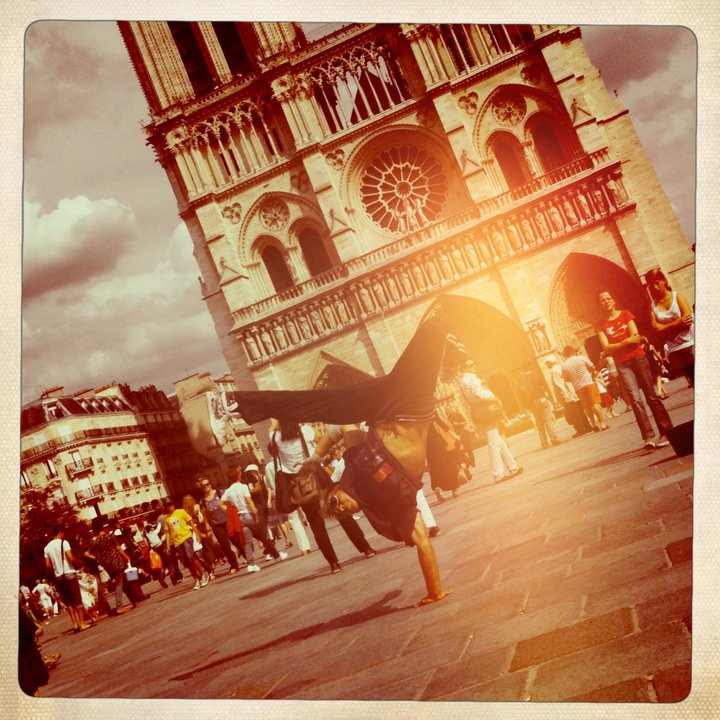 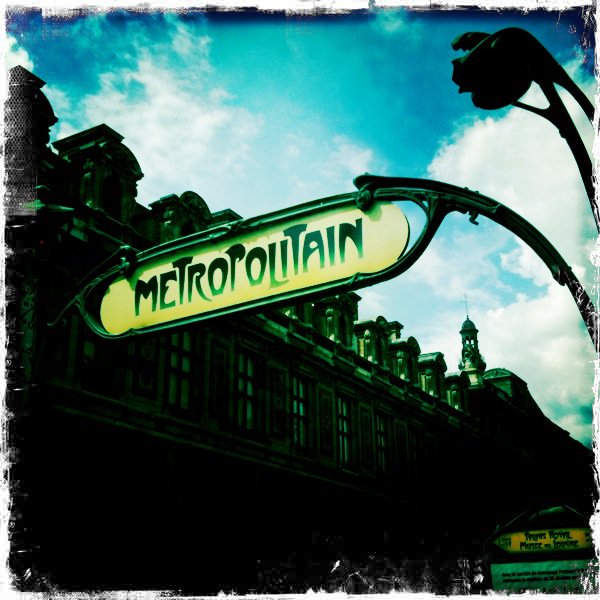 I’m not sure my French is gonna hold up here, so lets get back to English!

These signs remind me of the ace movie ‘Amelie‘ 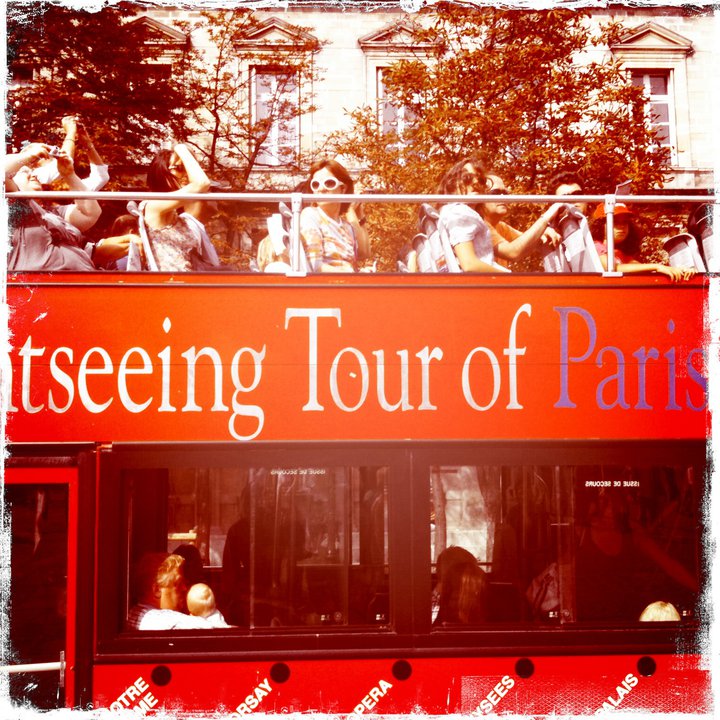 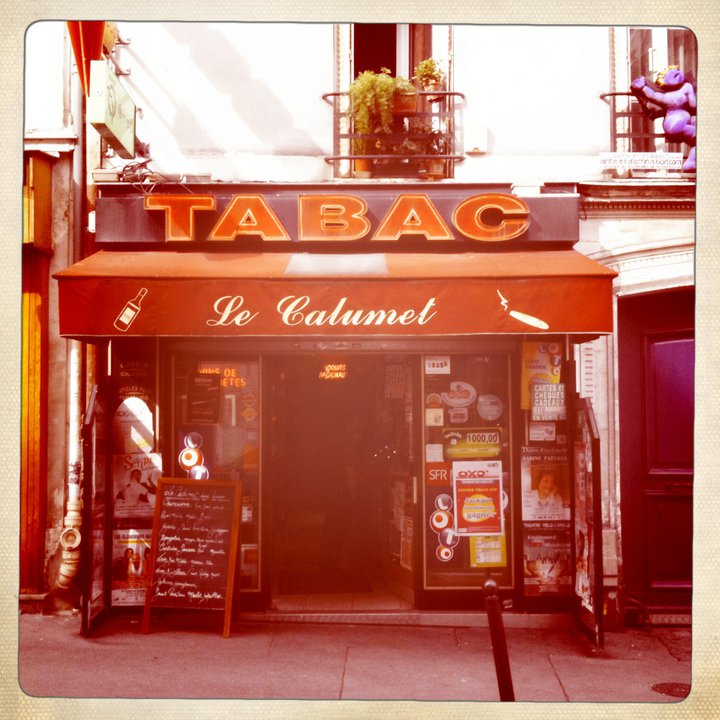 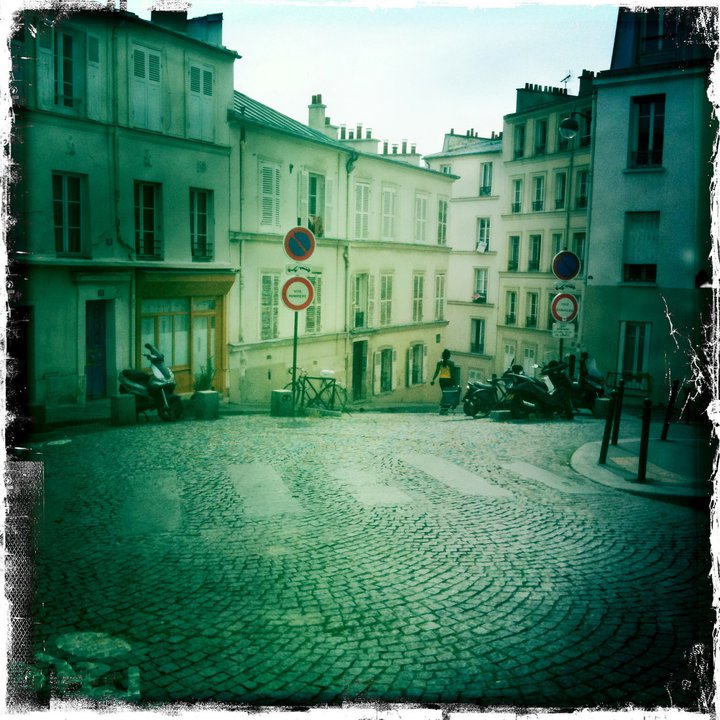 Back streets on the way up to Monmartre 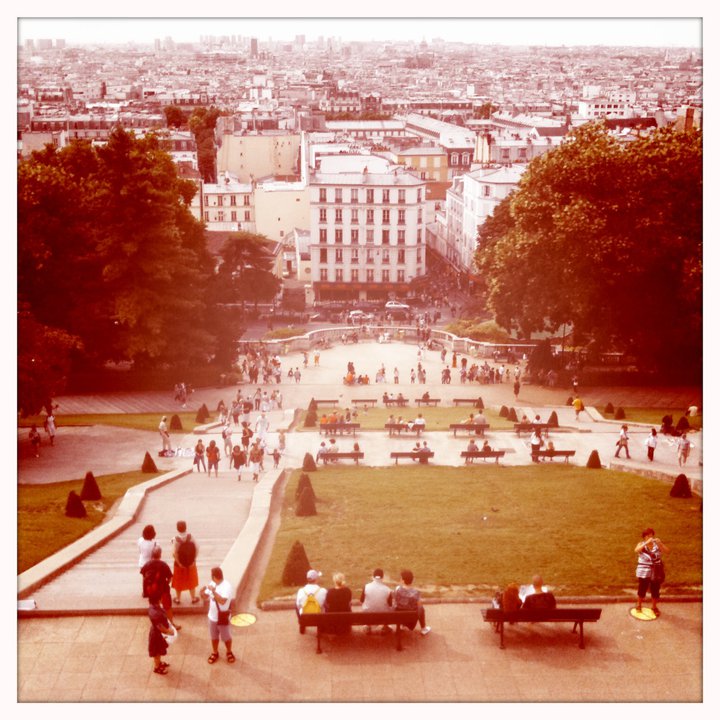 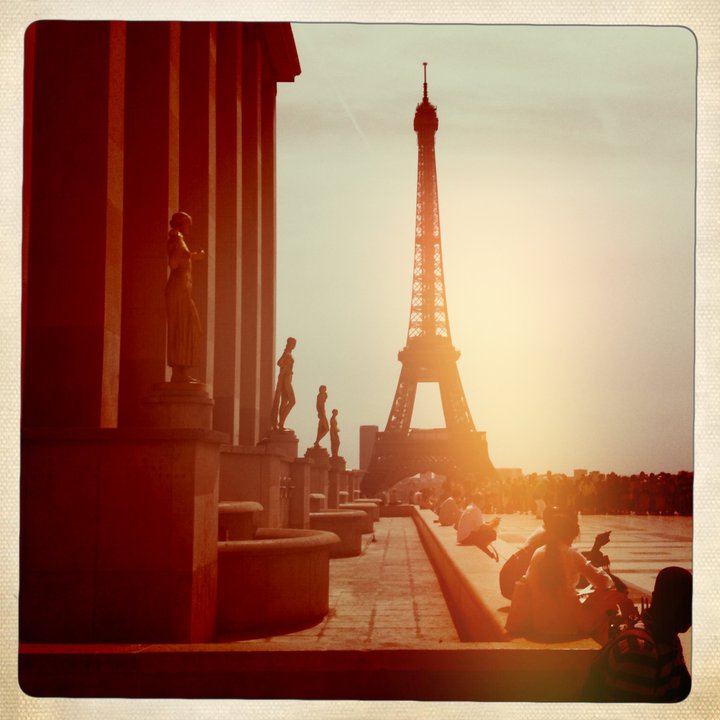 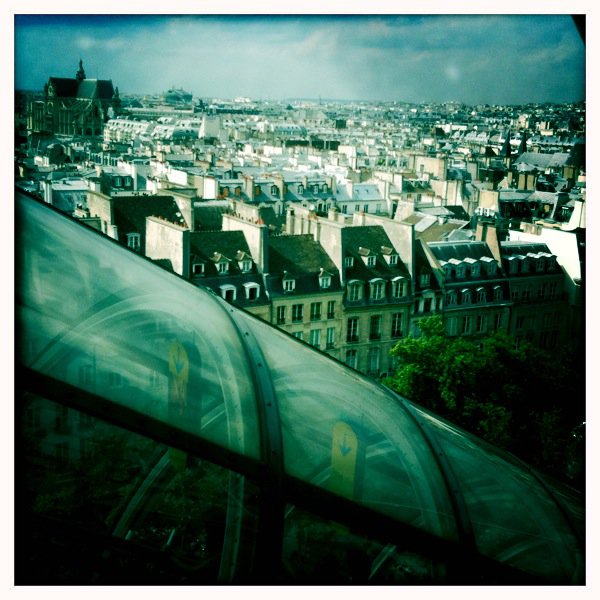 On the way up the Pompidou centre 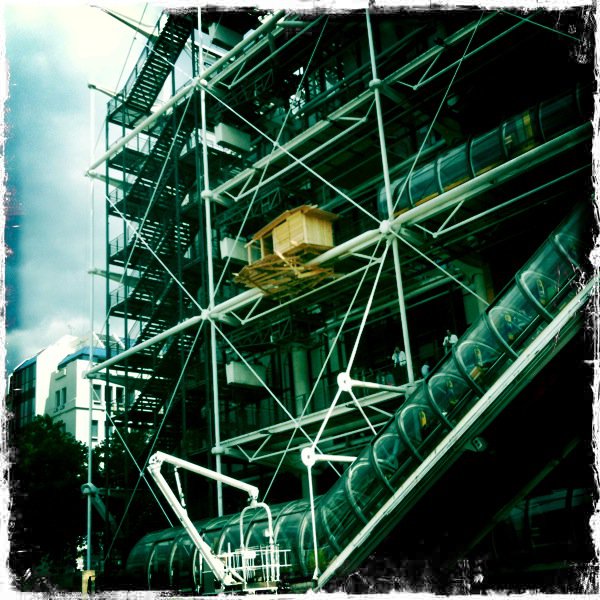 From the side of the Pompidou centre 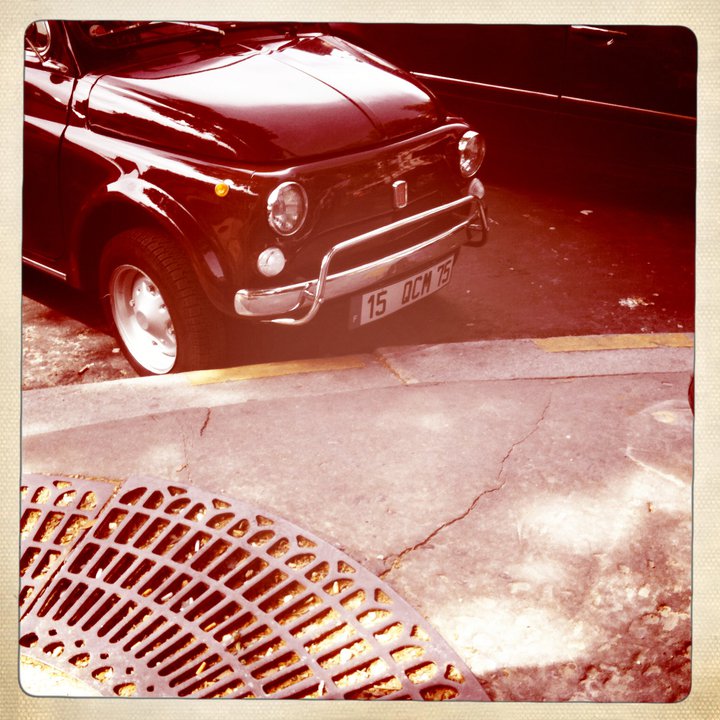 The Fiat Cinquecento – possibly my favourite car in the entire world. 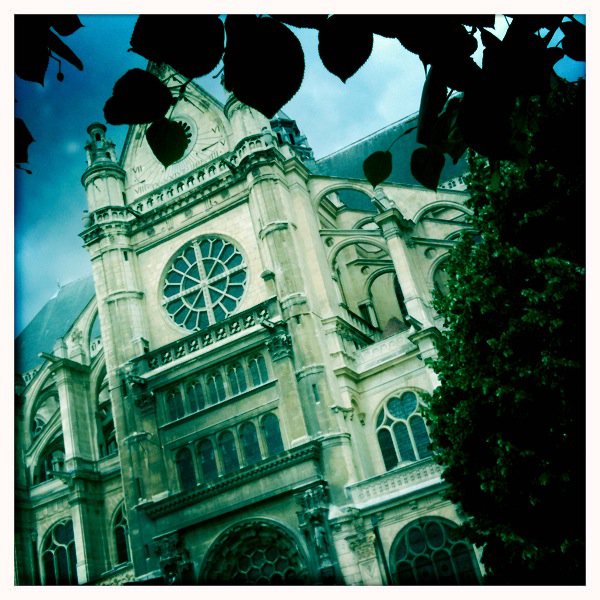 A church on the way down the Seine 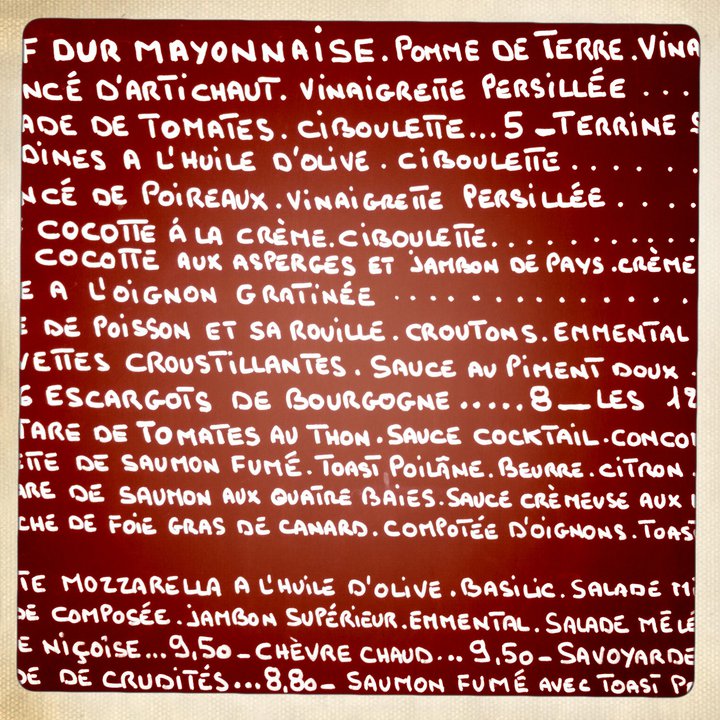 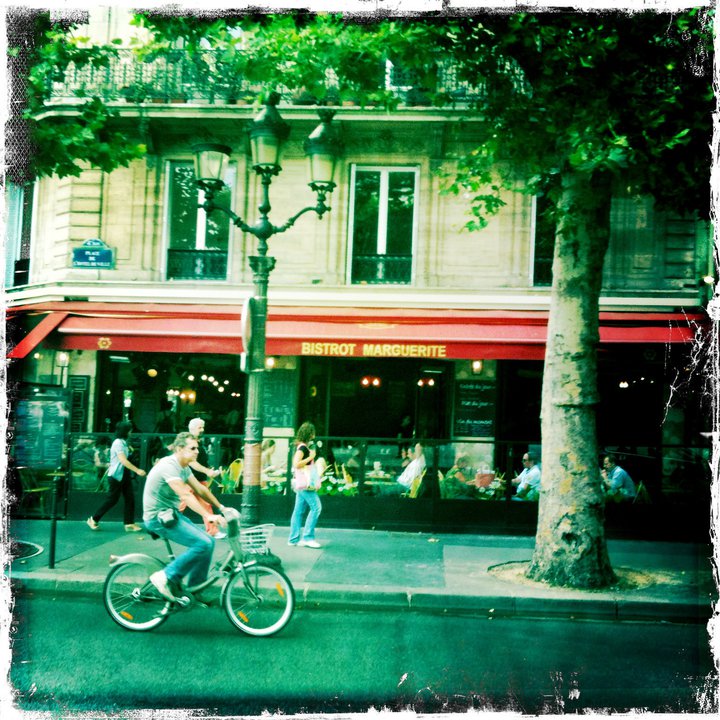 Another street scene that could only be Paris. 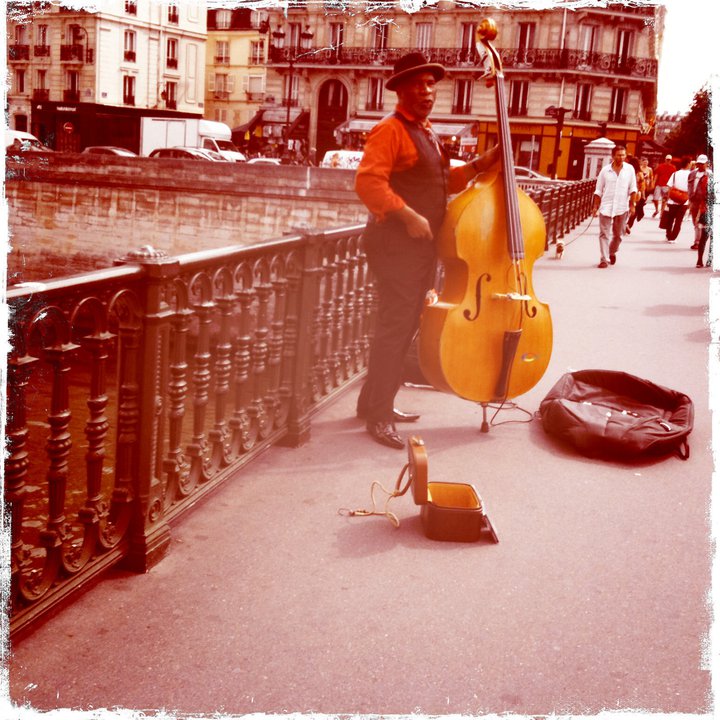 Street performer on a bridge spanning the Seine 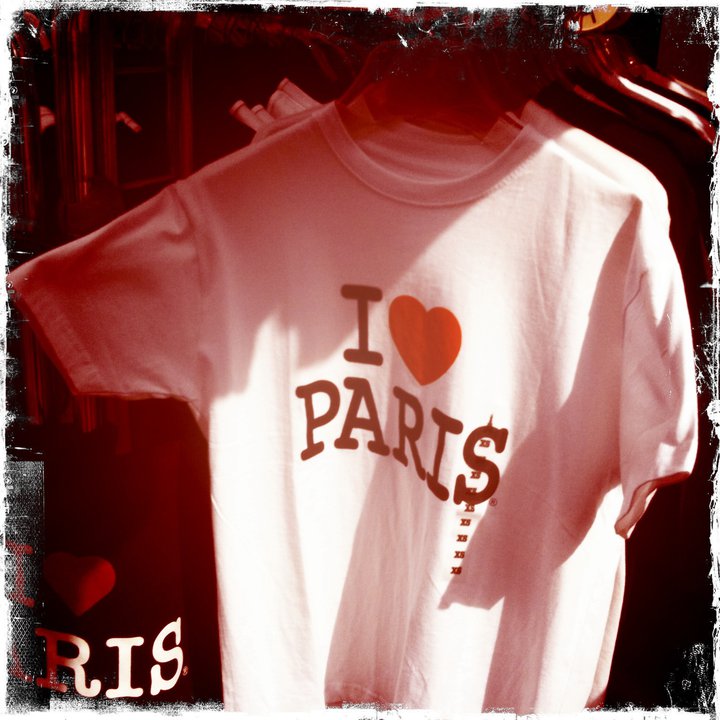 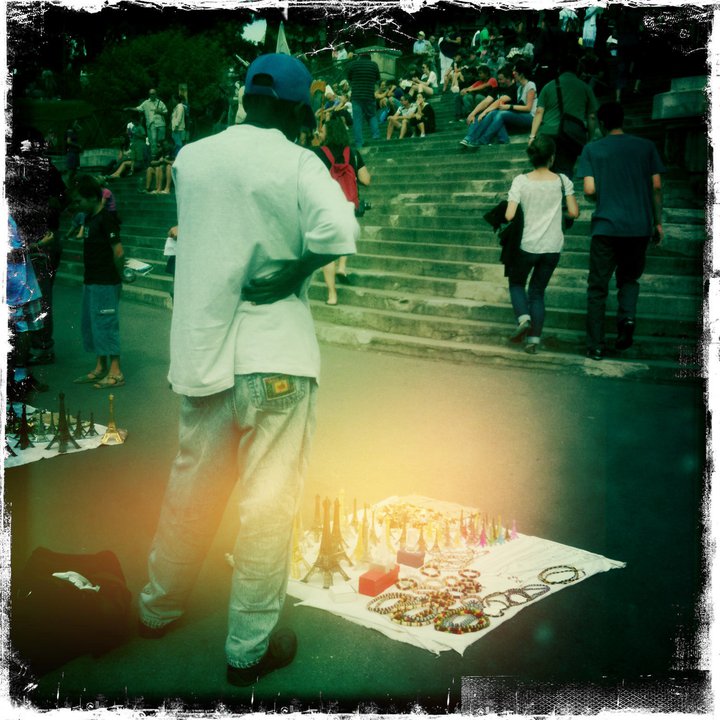 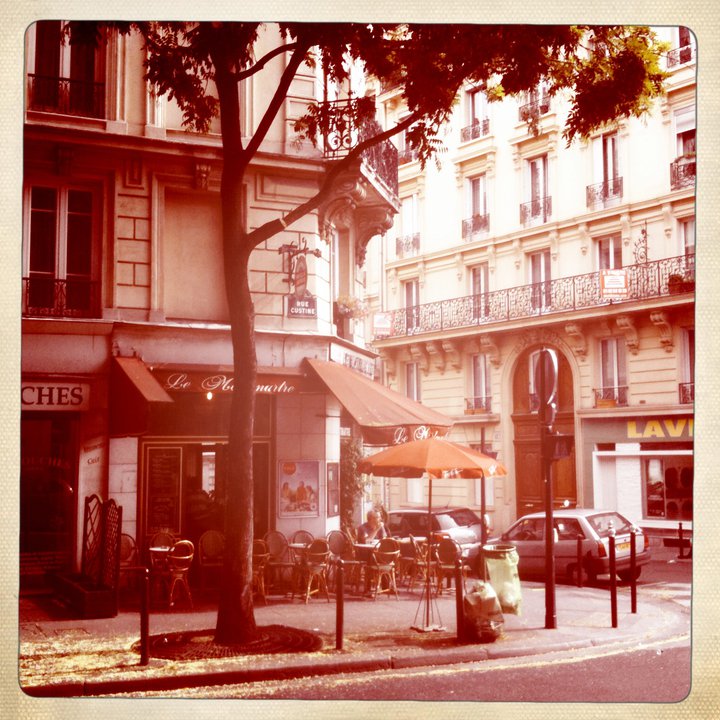 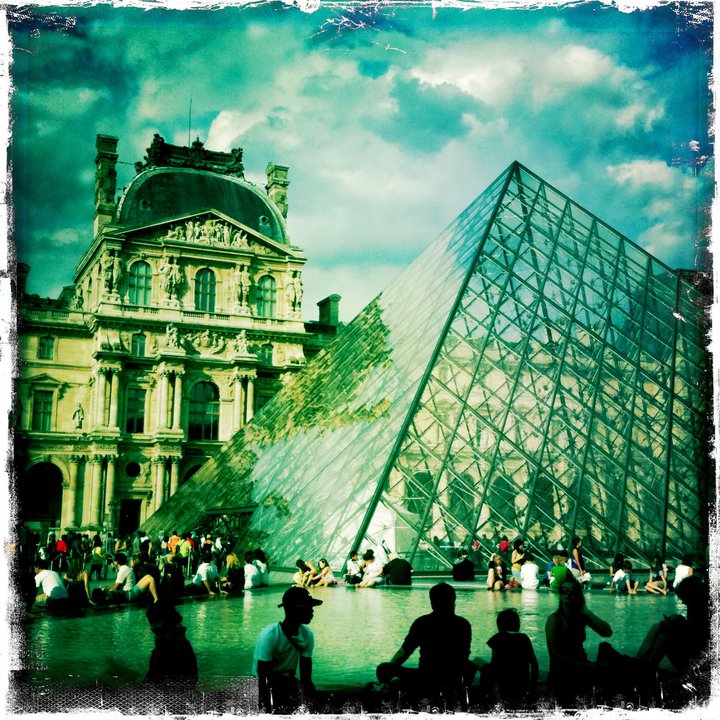 My take on the Louvre 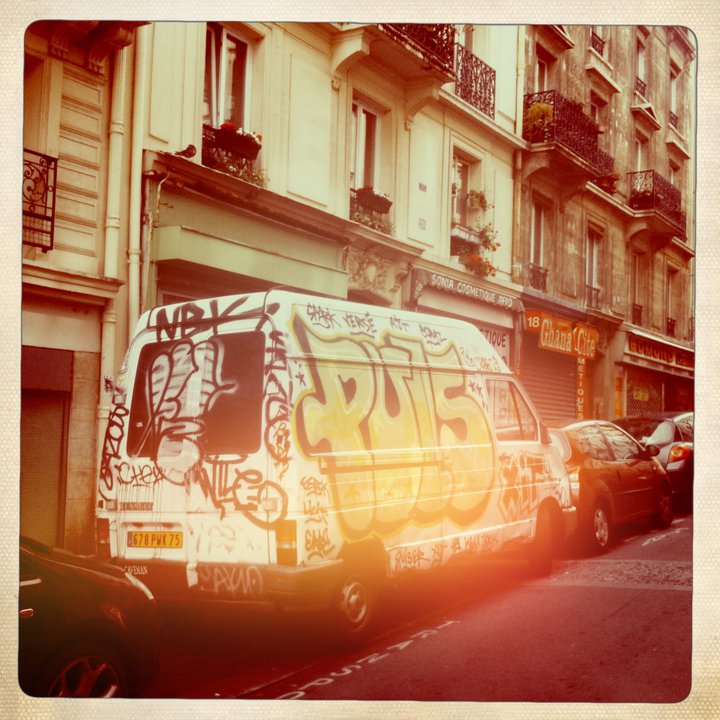 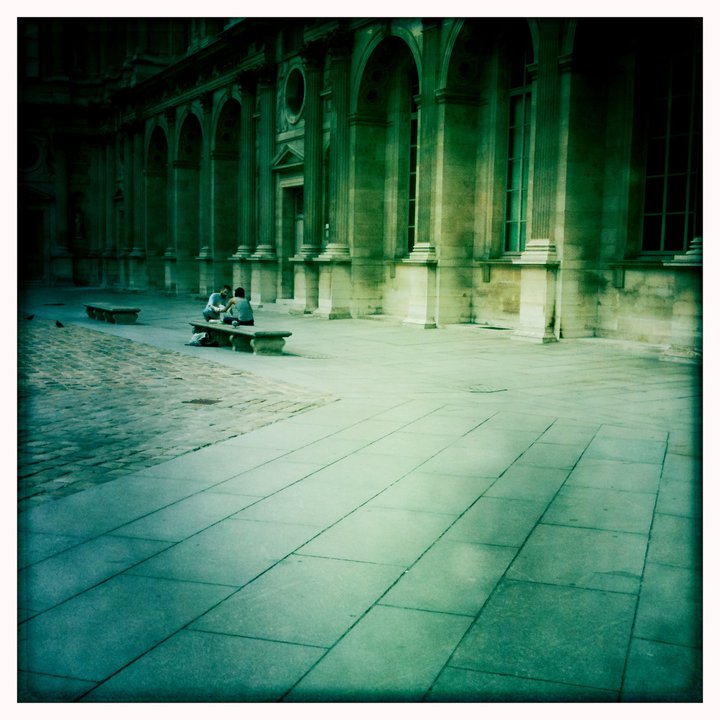 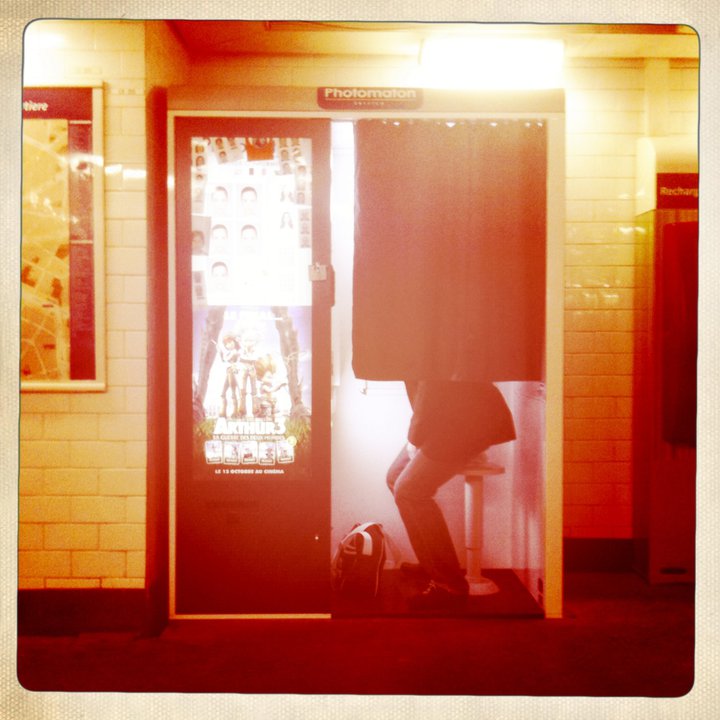 My homage to Amelie 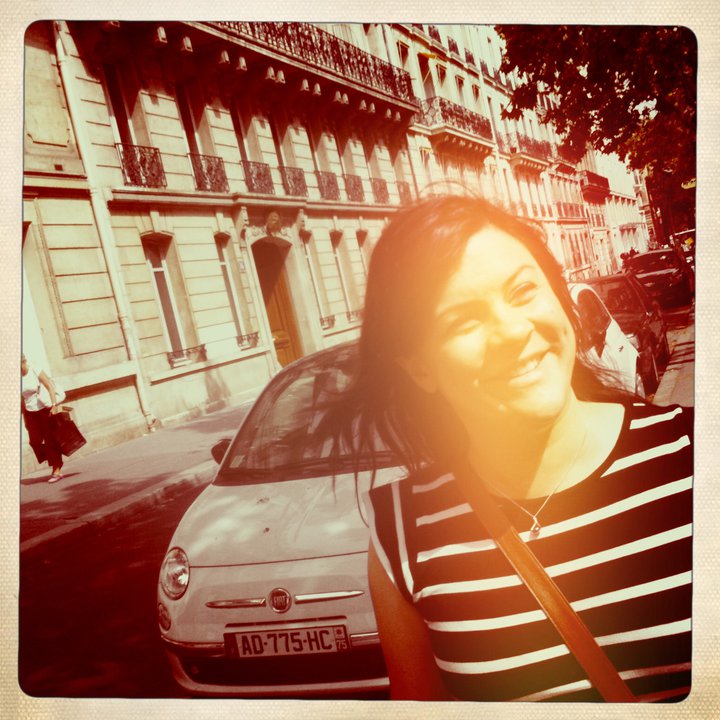 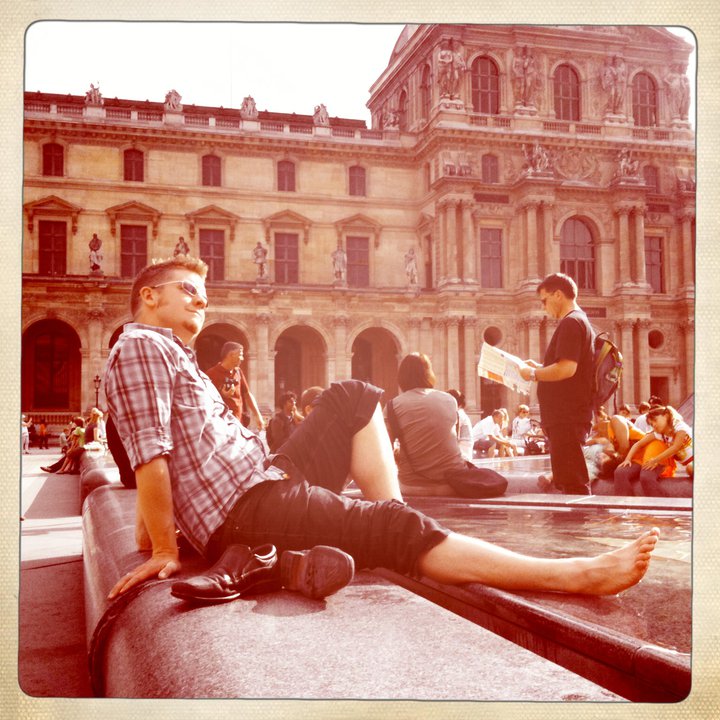 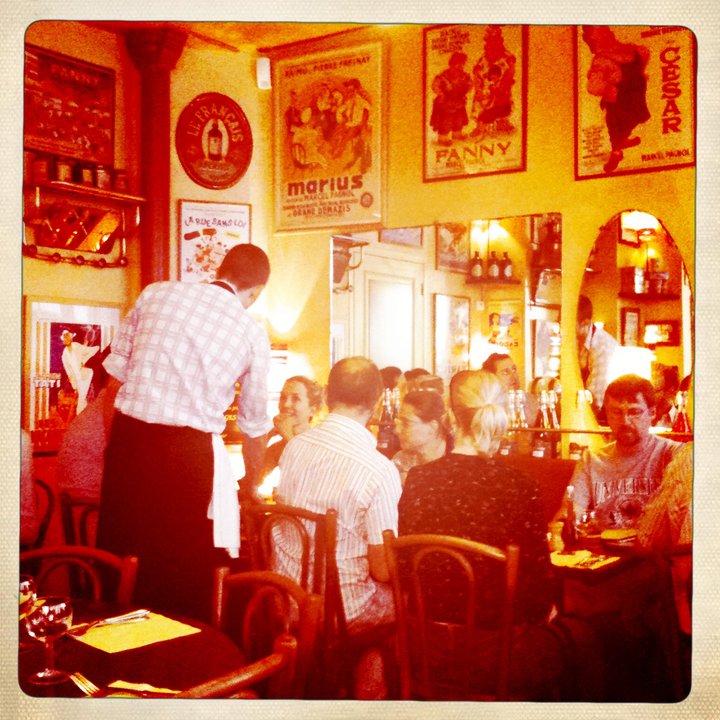 One of the finest eateries in Paris.  Chez Janou in le marais; recommended by various foodies; not only for it’s silly big range of Pastis flavours. 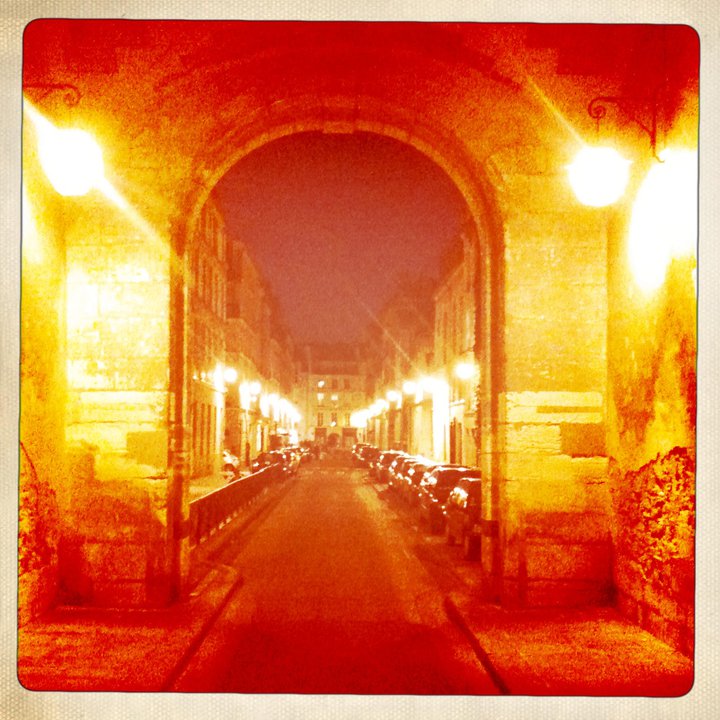 Where the iPhone starts to struggle, the Hipstamatic brings an obviously grainy night scene to life 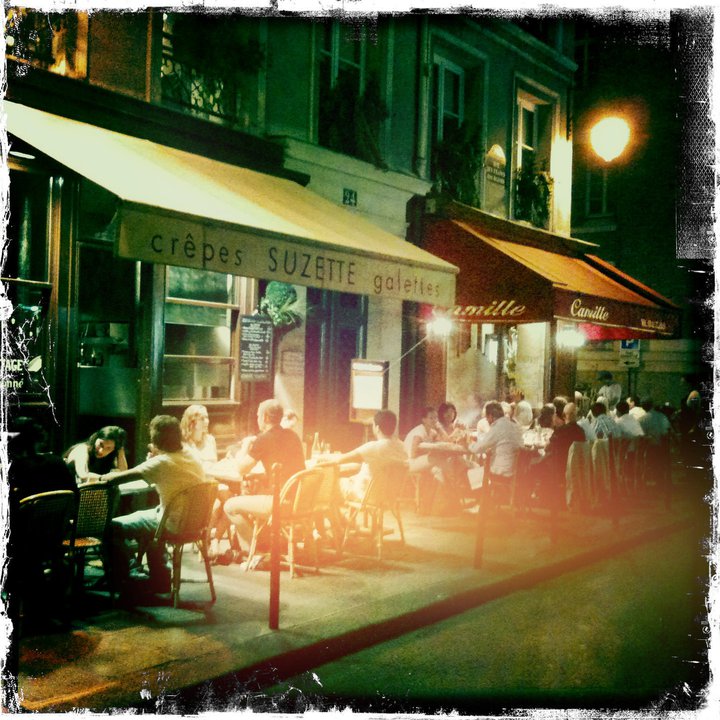 Hope you enjoyed my iPhone tour of Gay Paris!

It certainly gets me excited about going away to France again to shoot another wedding (and to enjoy the Alsace for a week!), so I probably won’t be able to blog again till early next week.