Today the Canon Professional Services (CPS) visited The Flash Centre in Leeds and offered to deep clean DSLR sensors and generally meet, greet and geek with members.  I’ve been a member for some time and dropped by to get my 5DmkII & 5D chemically cleaned.  Anyhoos – while my babies were being manhandled, I had a play at the toyshop.

There was a table of pretty much every canon lens available – which is about this many:

You could probably buy a house with the value of the glass above.

But while I was killing time, I had a play with a few. Including one of those silly big white torpedoes at the back.

But the ones that really interested me were the tilt shift lenses, which come in these flavours:

Basically – tilt shift lenses are traditionally used by architectural photographers to straighten bendy lines in an image, by bending the lens.  They cost an arm and a leg and are only manual focus, but when misused can create some really tasty effects and strange selective blur.  It’s quite hard to describe the effect, but Jonas Peterson (who I posted a while back about his inspiring stills from the day his baby was born here) shoots his weddings with occasional Tilt Shift lenses to get funky effects like so: 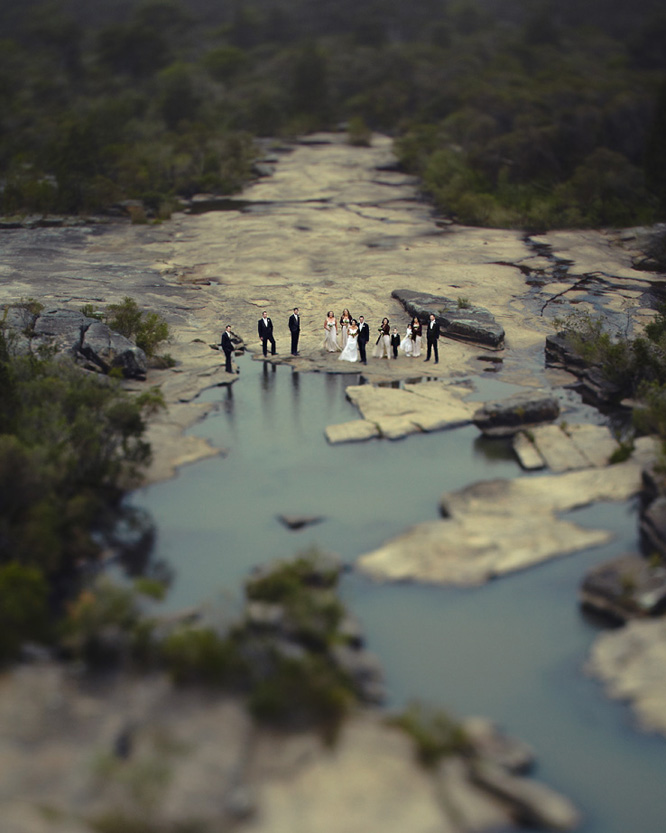 Note how from a distance you get an almost miniature effect 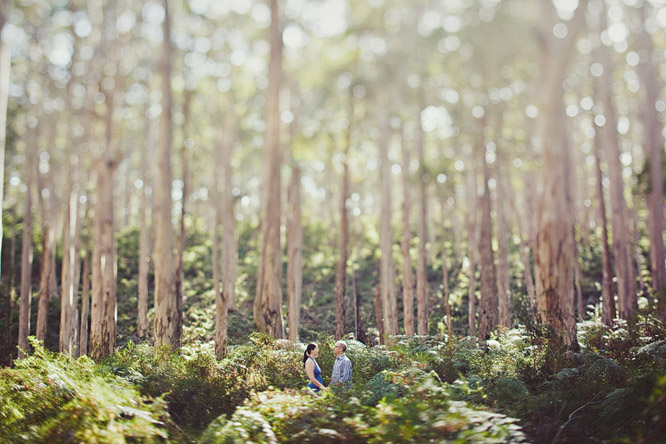 Or you can selectively blur an area of the scene. 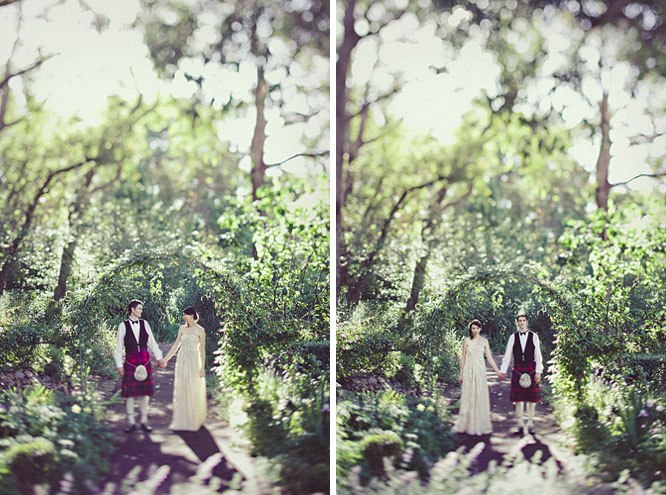 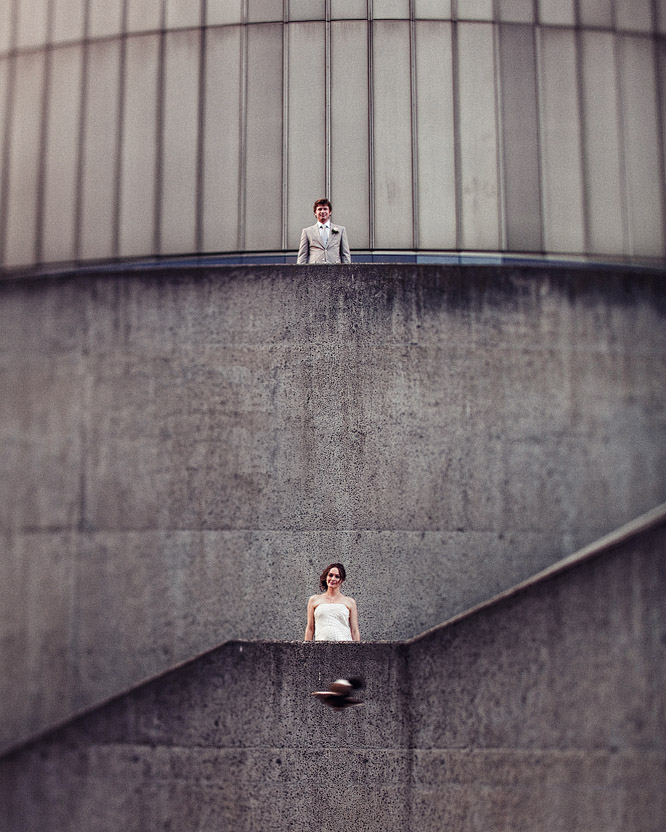 …or the sides too.

One thing I learnt today is that after the serious expense of buying one of these gizmo’s there’s a serious learning curve too.  For more info on tilt shift lenses & a review of the 24mm version click here.

But the reason I was interested in these Tilt Shift lenses wasn’t just for their creative application at weddings, but cos I’ve heard murmurs of them being used to shoot video through on cameras like the canon 5DmkII (which I use).  One  such rumor I heard was that some chap had filmed New York city from penthouses, skyscrapers & balconies and had chopped together a timelapse movie making the real NYC look like a tiny model.

A quick google (hallowed be thy name) and I’ve found it.  A man called Sam O’Hare made what appears to be a Tilt Shift movie of NYC.  Check out these stills from the vid: 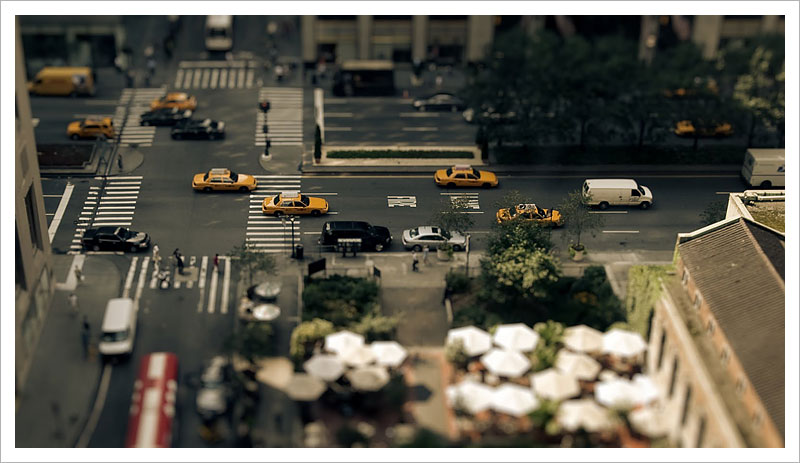 These are genuine screen grabs from the movie.  How much does that look like a model? 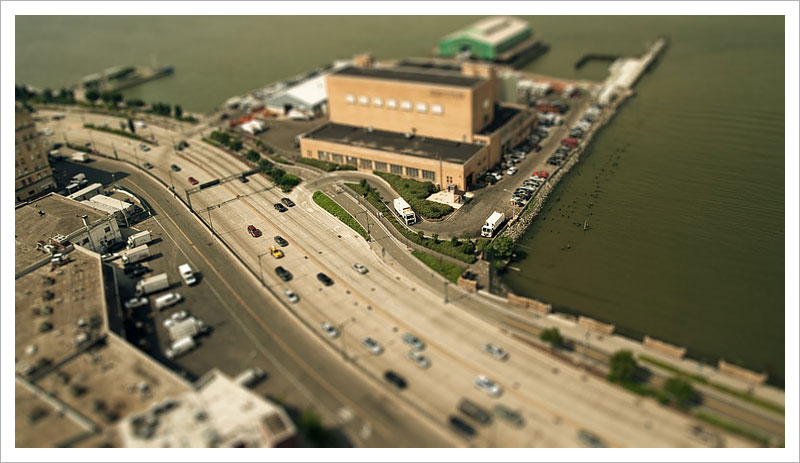 Wait till you see it move!  Click the video below, or follow this link to Vimeo to watch it in HD (which looks even sweeter)

Amazing eh!?  Not just the music by ‘Human’ too.

I found another post about it, interviewing the director (here), and it turns out he did hire a tilt shift lens to do a test, but found it hard work, so faked the look in post production using selective blurring (which can also be done in software I use called ‘Magic Bullet Looks‘.  Plus, it’s not even actually video.  He shot 35,000 RAW still photographs at 4 frames a second (ie. shooting off 4 still images every second) and edited them into a timelapse sequence – which is what makes everything move faster and slightly oddly. Plus, the fact that he was editing large resolution still photos together meant he had a huge moving image which he was able to smoothly pan around in the edit, hence the subtle gliding movement around the shots.

But either way, it looks incredible eh?  People are doing all sorts of creative stuff with their cameras and technology, and I’m more than tempted to go hire some tilt shift lenses for a day and have a play!