It was my brother Murray’s birthday this weekend. He’d hit 27 hard and rolled in at 4am the night previous.  Lets just say it was hard work prizing him from his duvet at 12:30.  ‘Gaunt’ would make a fitting adjective.

Mum decided to round the troops at noon for bday Roast lamb! 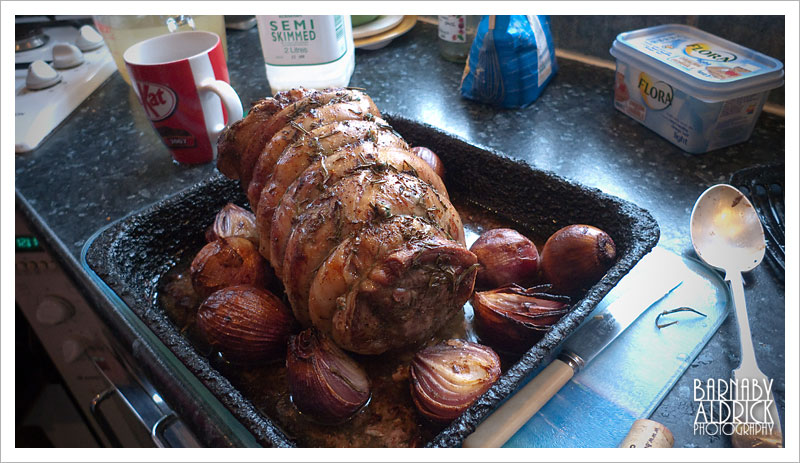 At noon fifteen Duncan rang to say he too had had a little sauce the night before and had slept through the alarm.  But at the strike of 1pm, this badboy came out of the oven & everyone materialised and a damn fine lunch was had… 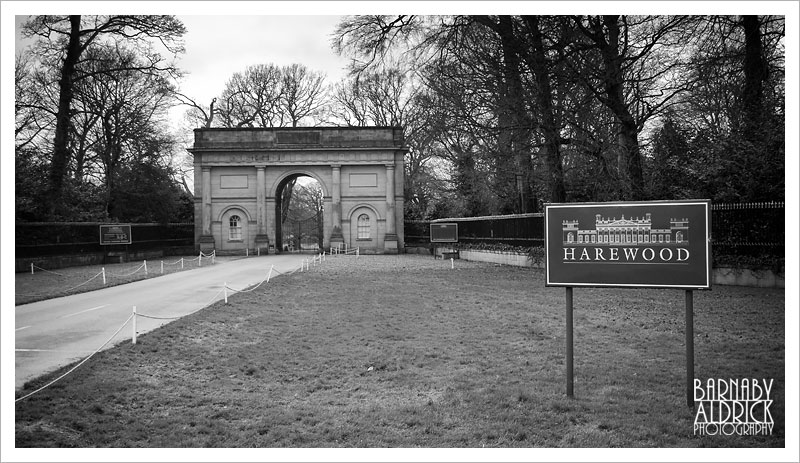 After dad’s home-made cherry cheesecake & baked lemon meringue we thought a calorie-burning walk was in order, so headed for Harewood House, on the way out to Harrogate.  It’s posh there, so you’ve got to pronounce it ‘Haaaaaaawood’

These pix were shot on my Panasonic LX3, by the way. 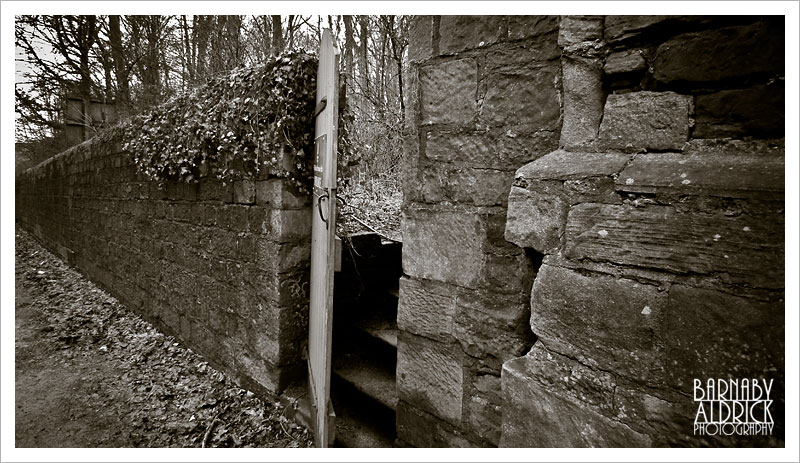 Mum’s pal Hilary, my old class 1 primary school teacher, brought Eddie her dog and showed us a secret door into the grounds… 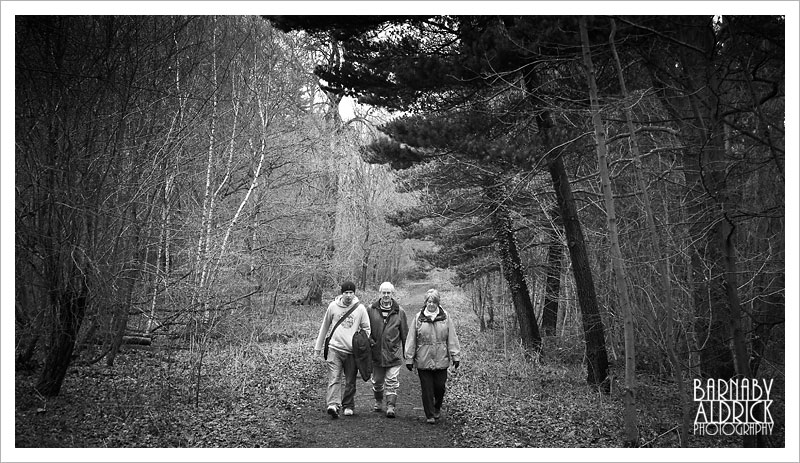 Moonie (still somewhat unimpressed by the idea of a 2hr walk over hanging), pops & Hilary 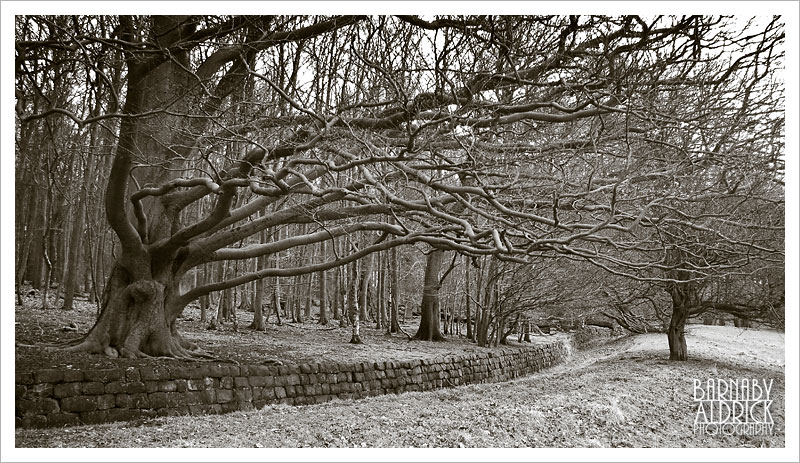 I liked this tree & ditch combo. 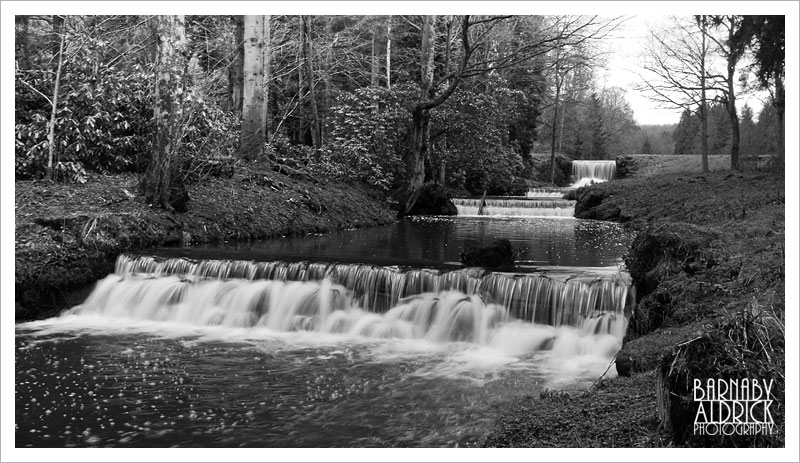 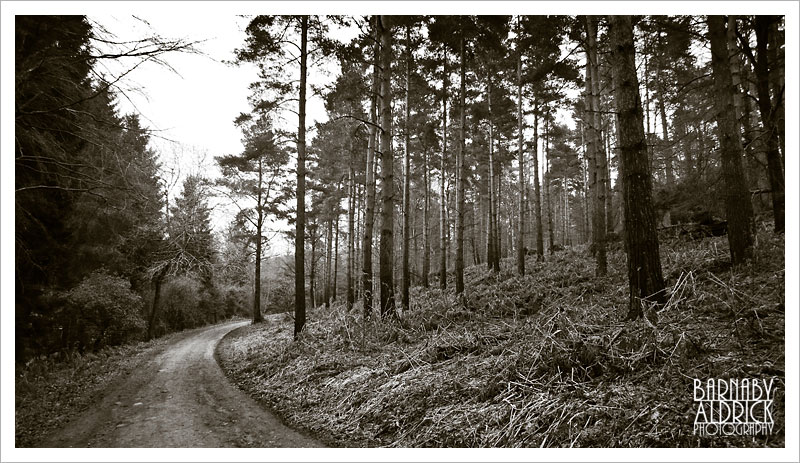 I liked the composition of this one.  Leading lines, tick, rule of thirds, tick. 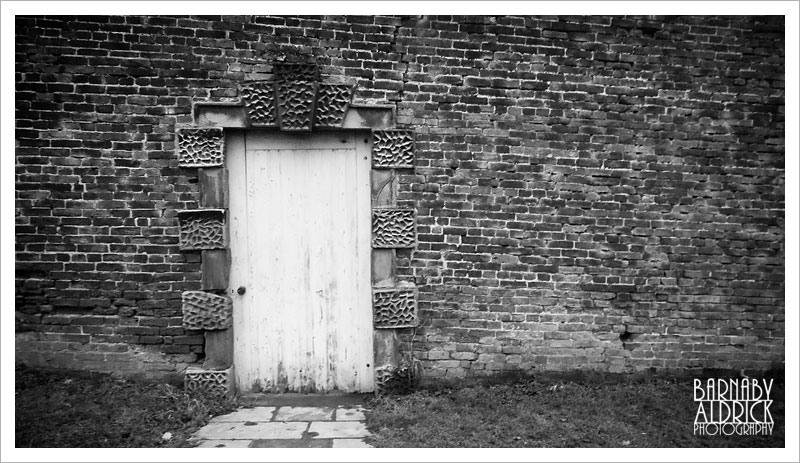 A mysterious door on a long tall wall, probably once a walled garden.

For some reason it reminded me of that scene in Labyrinth where Sarah enters the Labryinth, meets William the Worm (had to google that one!) and asks which way to get through the Labyrinth. He sends her on into the Labyrinth and afterwards says “If she had kept on going down that way she would have gone straight to that dreadful castle.”

A very clever scene from a clever film, reminding us to word our questions carefully! 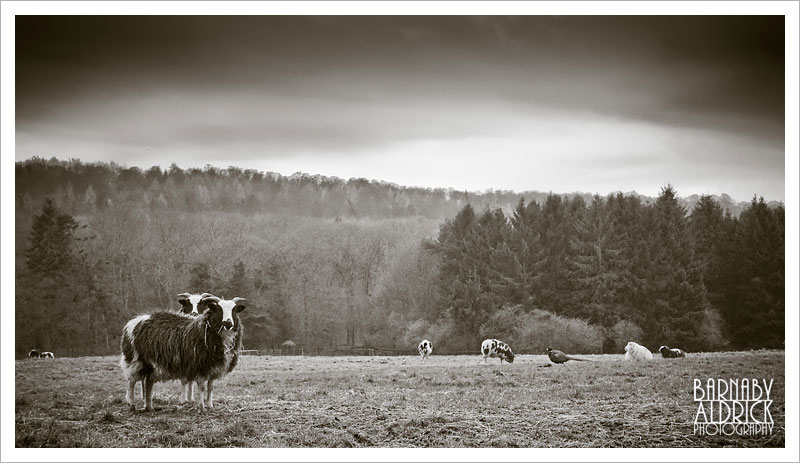 Harewood Estate keeps all sorts of rare breeds.  Not sure what these cool sheep were but we saw all sorts of cool deer & Shetland cattle.

Note the Pheasant mincing about too. 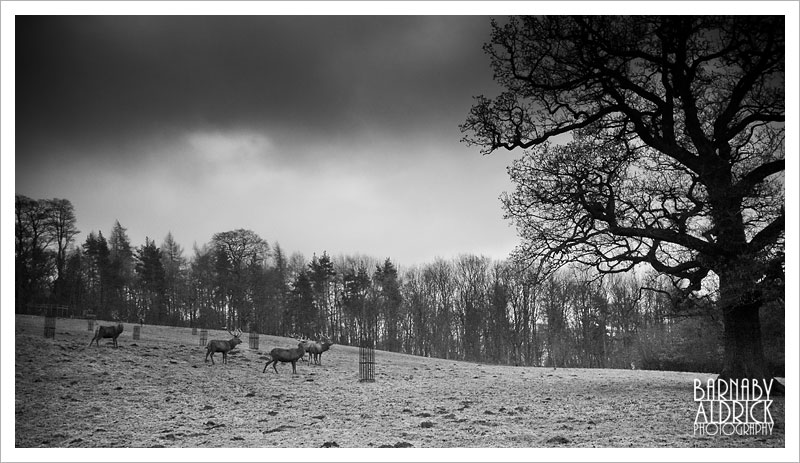 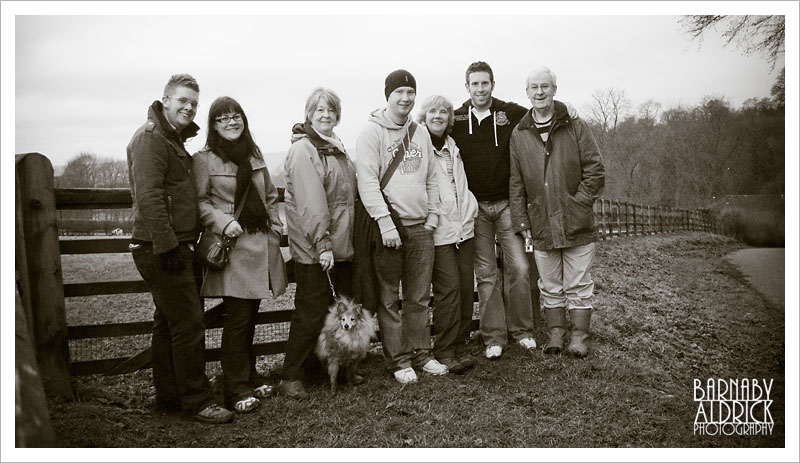 The gang: White footware was a bad choice…