A few weekends back I was down in London on business & pleasure, shooting pre-weds and catching up with buddies.  It was particularly cool to join up with my man Mark & his fiance Clare.  Mark & I met back in ’99, volunteering at a spinal injuries centre in Bangladesh.  Over there we had a giggle trundling round in rickshaws & getting random clothes tailored out of all sorts of fruity cloth.  We’ve been pals since; especially considering his proximity to a Zone 2 tube station & the fact that their Holloway house is like a drop-in international hostel.

Mark is a wordsmith, mad skilled producer (check out his ‘Velarsound’ tracks here) & photographic enthusiast, and the pre-wed made for a great opportunity to get to know Clare better.

So – enough chat already: let us begin our adventure, with the three amigos, deep beneath at the underbelly of smoggy London… 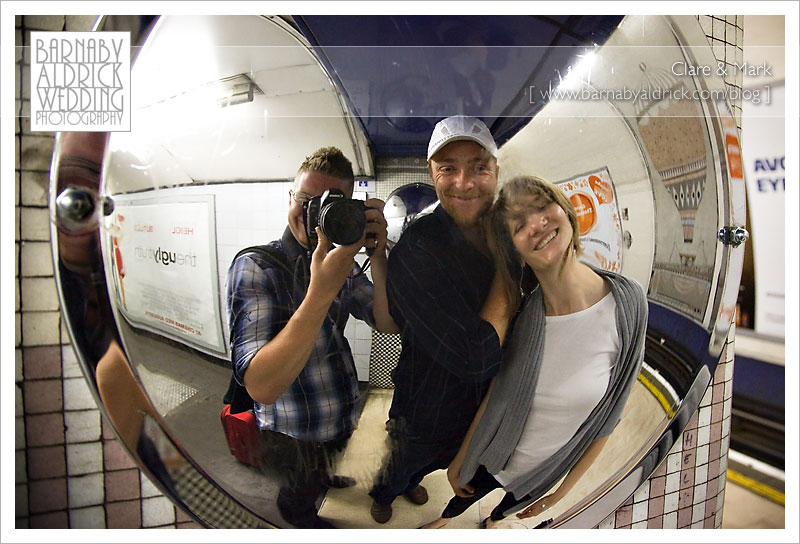 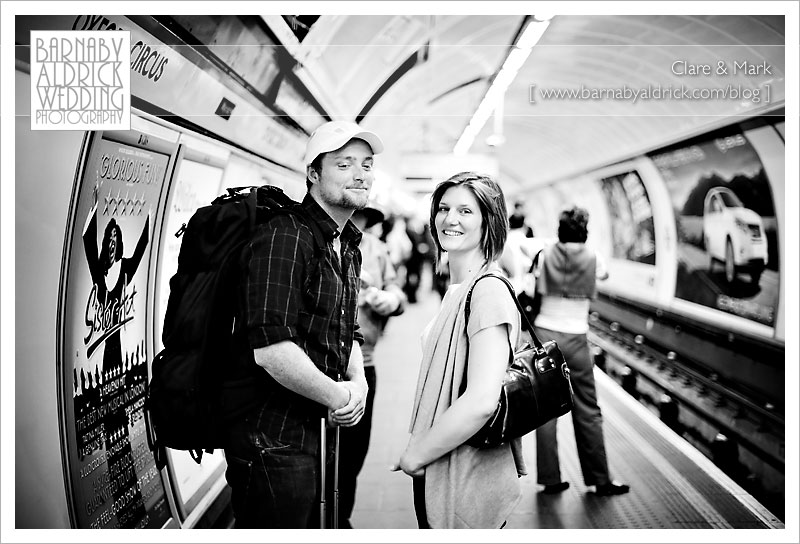 In today’s day & age it was nice squeezing off a few snaps on a tube & not being made to feel like a terrorist. 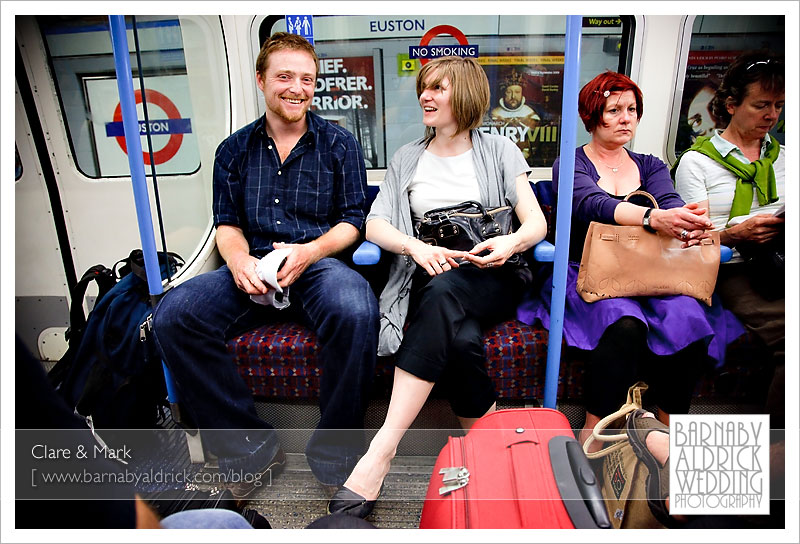 Mark likes to keep things interesting, and had literally just landed from some European marathon-over-a-mountain challenge (only mentalists need apply). Every time I drop by he seems to have just come back from or be plotting the next triple back-to-back marathon over a desert or some madness.

Different horses for different courses eh?  My horse is an MG. 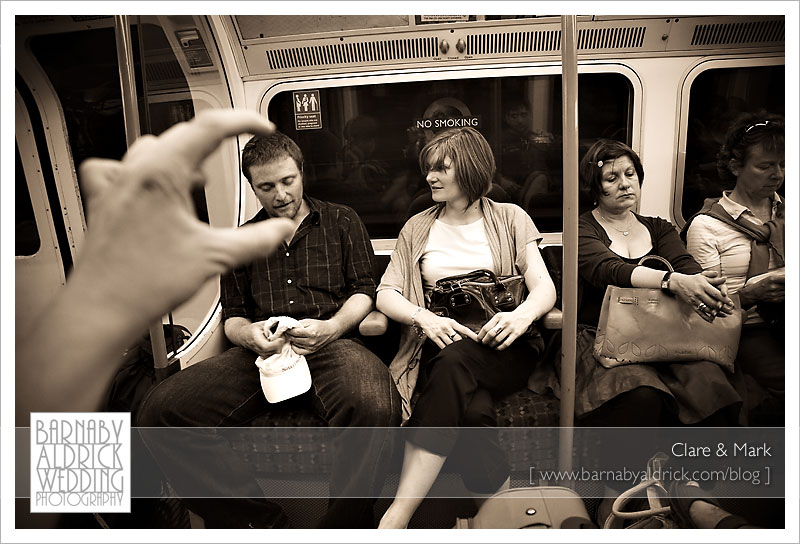 Marks head is bigger than Clare’s. 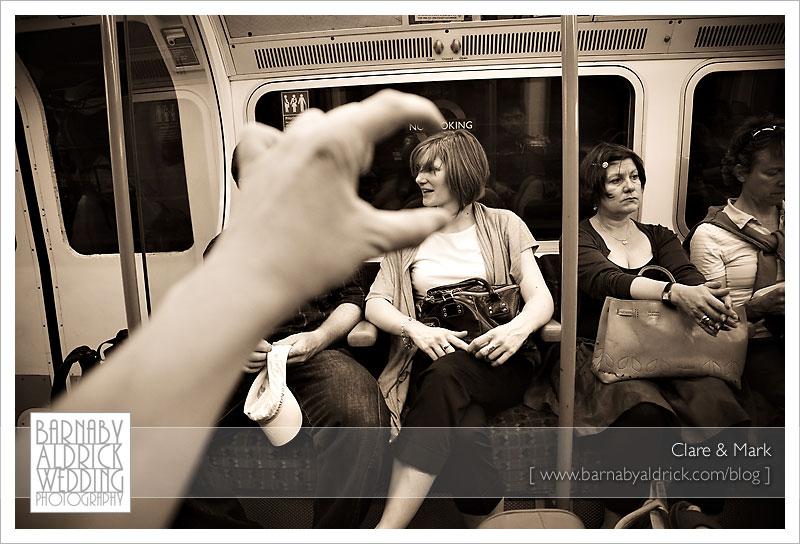 Below couldn’t be anywhere but London. 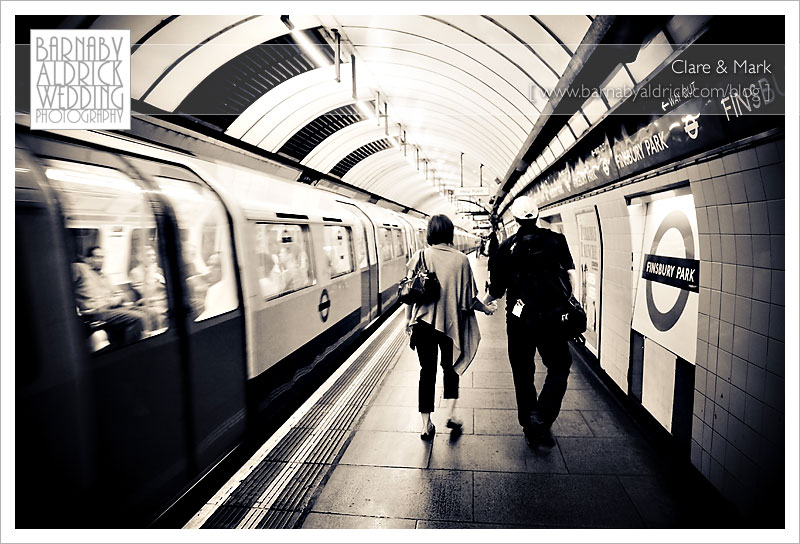 Givin it passion outside the church.  Even churches look like London in London. 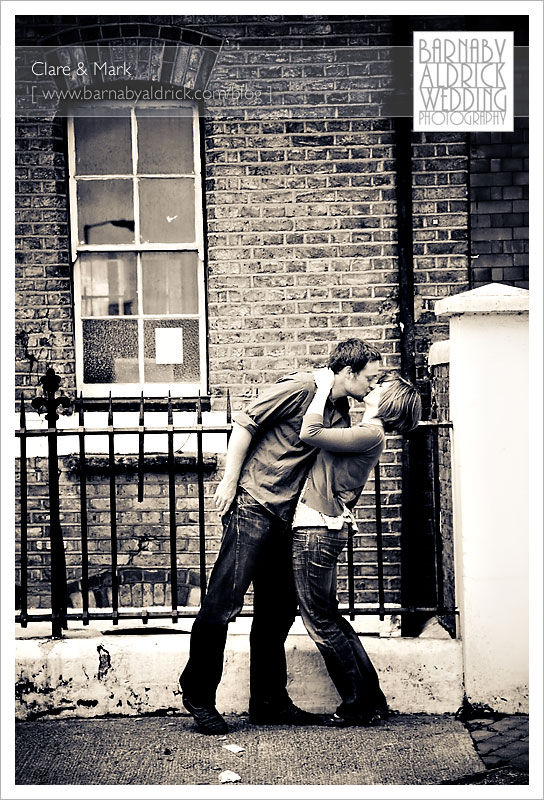 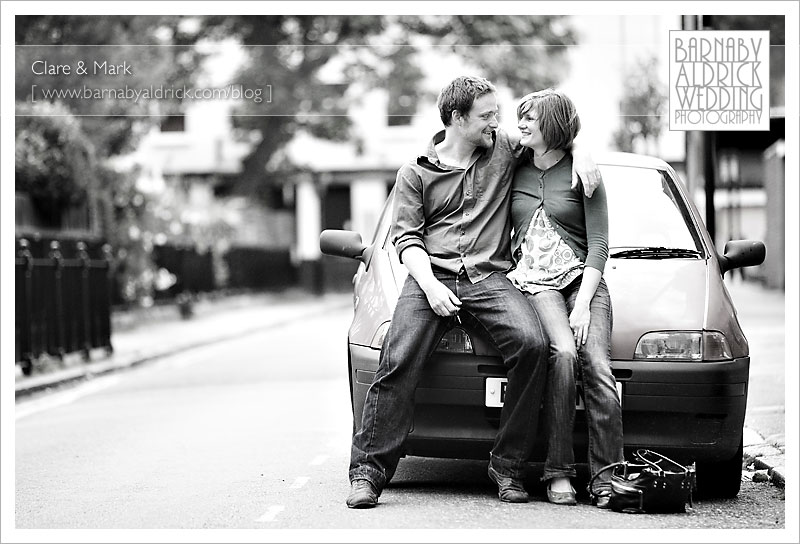 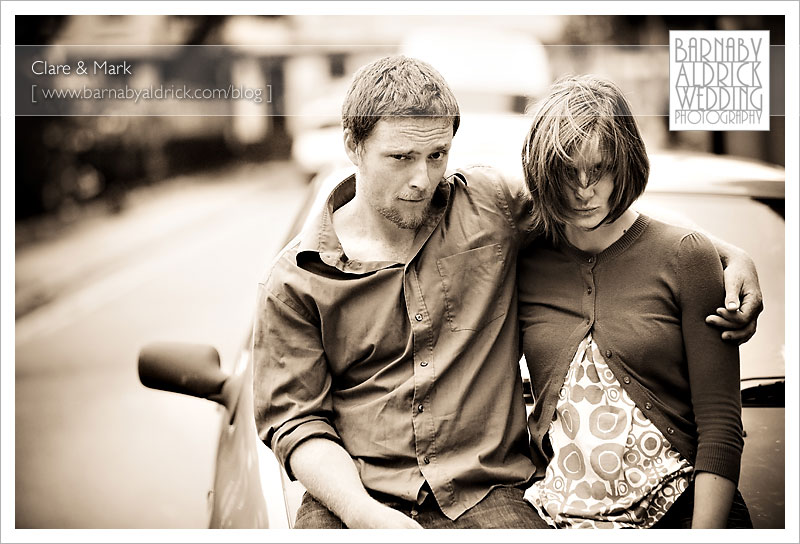 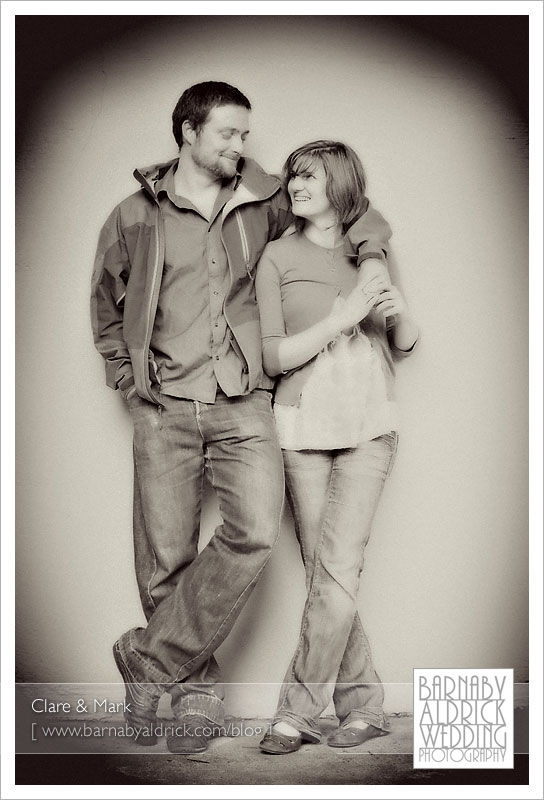 Mark likes a cheeky triple-marathon now & again, as one does, and has created mad running routes around London that are 90% through parks & greenery. One time he discovered a hidden park behind a silly big mansion that wouldn’t be out of place in a Jane Austin tale. After the church visit we drove over & went for a wander around the deserted, but topiatured Italianate grounds. 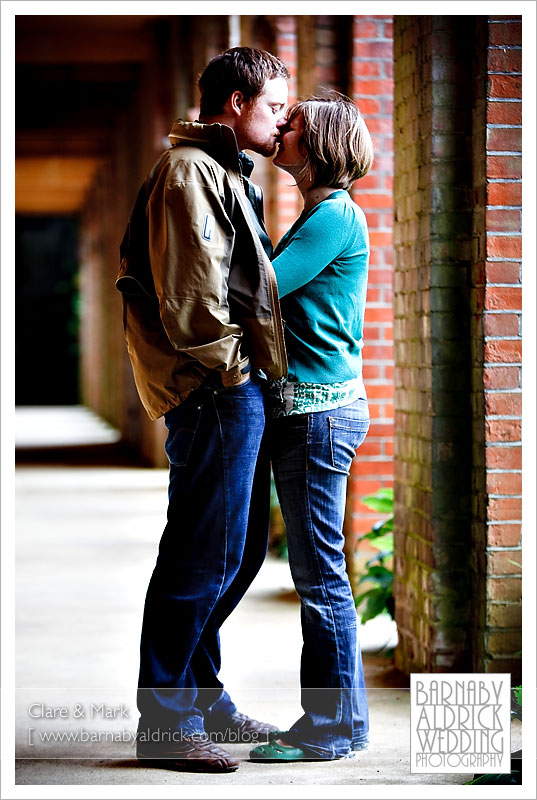 It was a bit 28 days later, being in an empty park in central London. 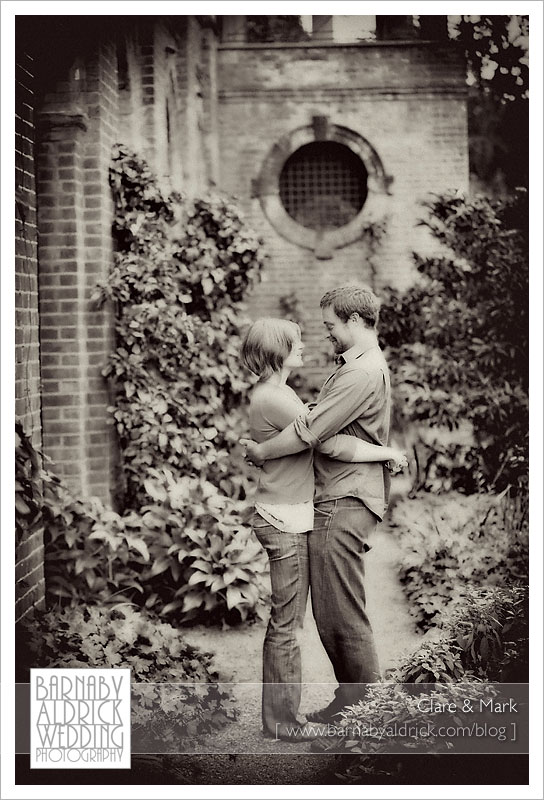 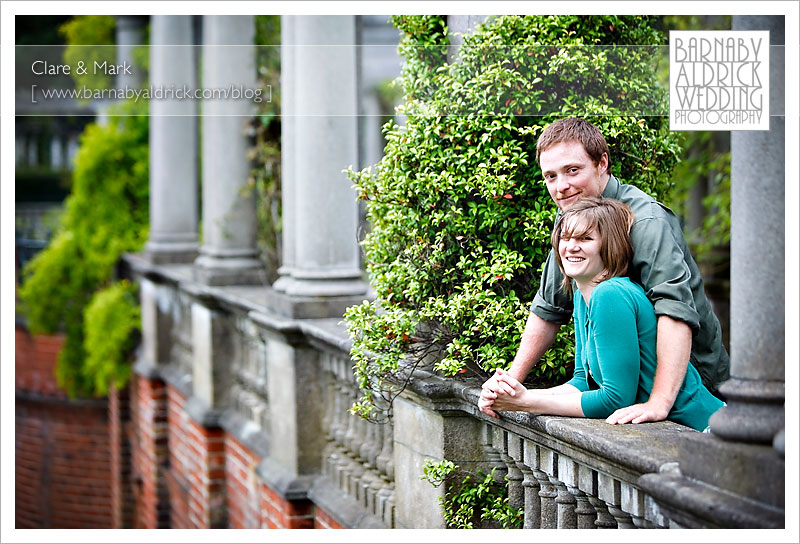 What a cool place. I used to do pre-weds round the reception venue, but this is miles more fun. 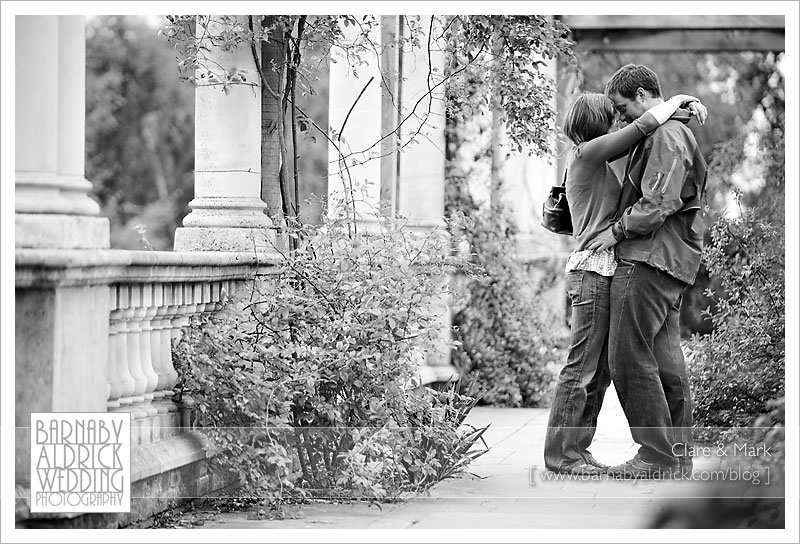 This image reminds me of one of those stateside ‘First Look’ shoots, where the couple meet on the morning before they get married, to have a still moment before the whirlwind. 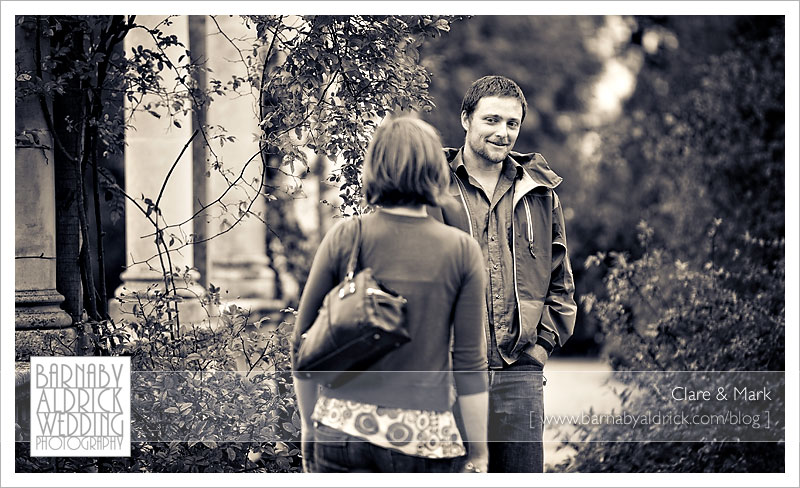 Darcy Towers in the background… 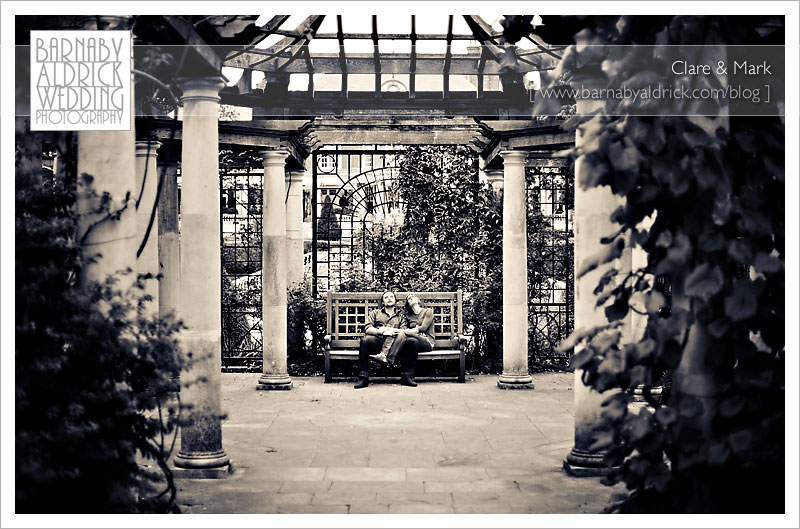 I like this one, working them steps & enjoying each other’s company. 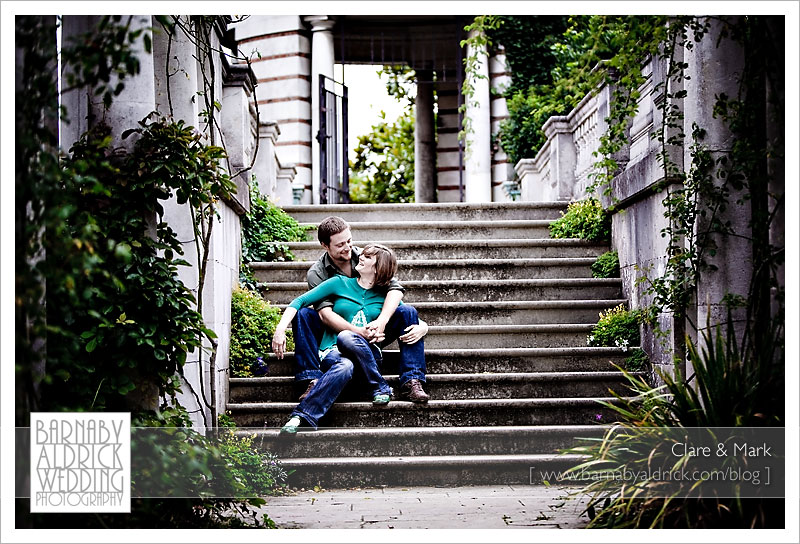 Bollywood, eat your heart out. 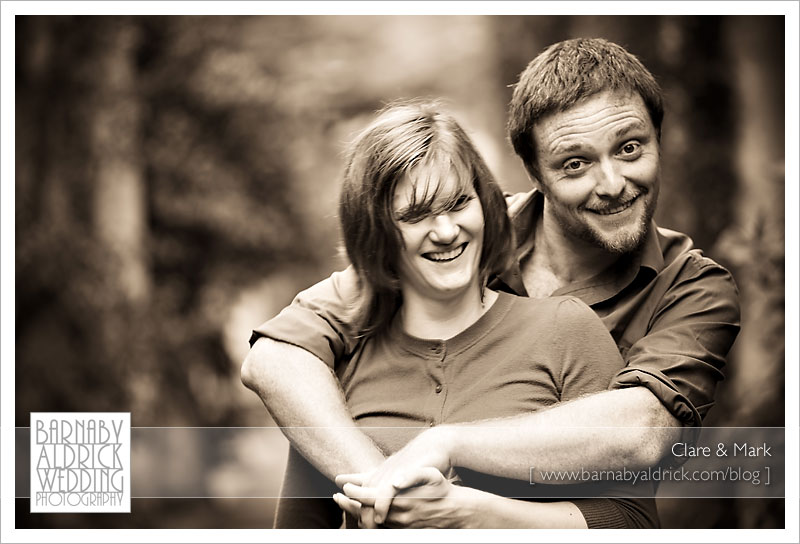 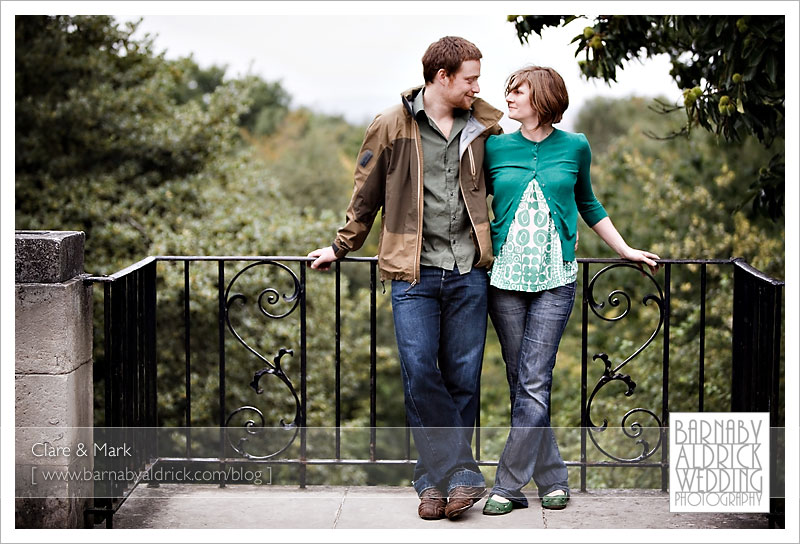 It was grand hangin with Clare.  Our paths have only really crossed a couple of times. She’s got a lovely sense of fun. 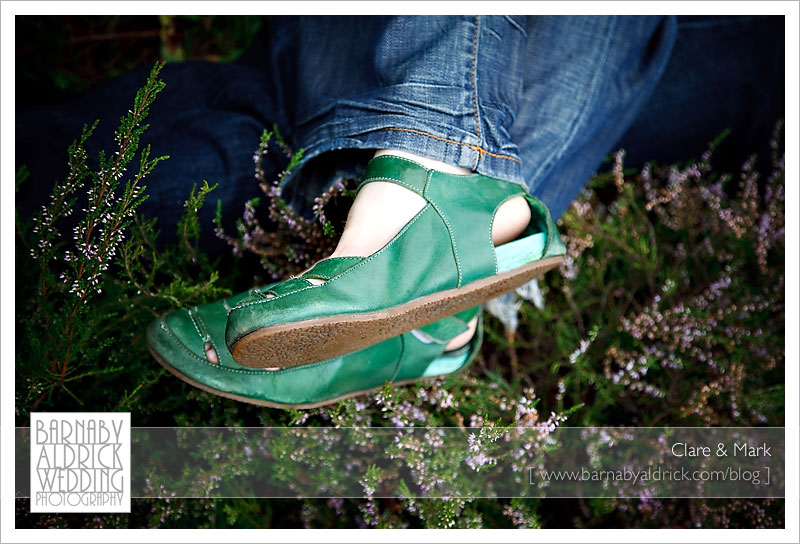 Towards the end, after having seeing only 2 other people in the entire park, we emerged into a heath. I like this shot of Clare & Mark chuckling at me chatting rabbish. 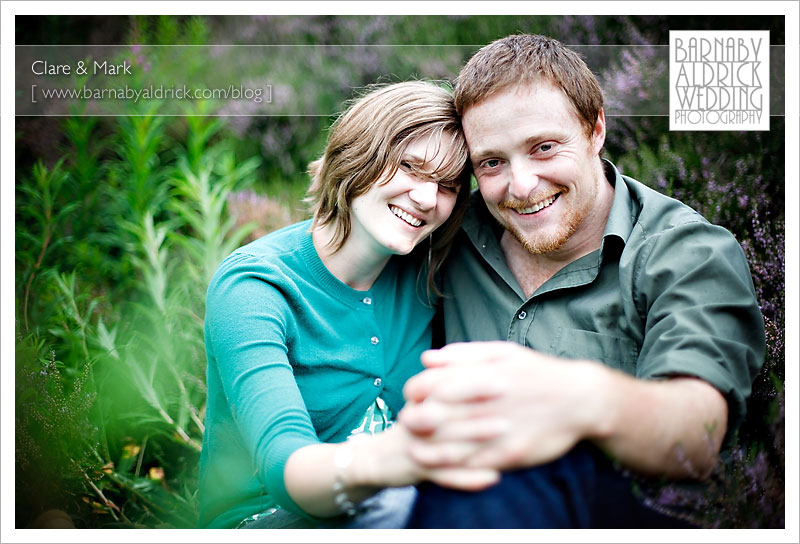 We stopped into an ace gastro pub after for dinner.

Mark – make a comment below to let peeps know the name of the park & this pub.  Cos both rule. 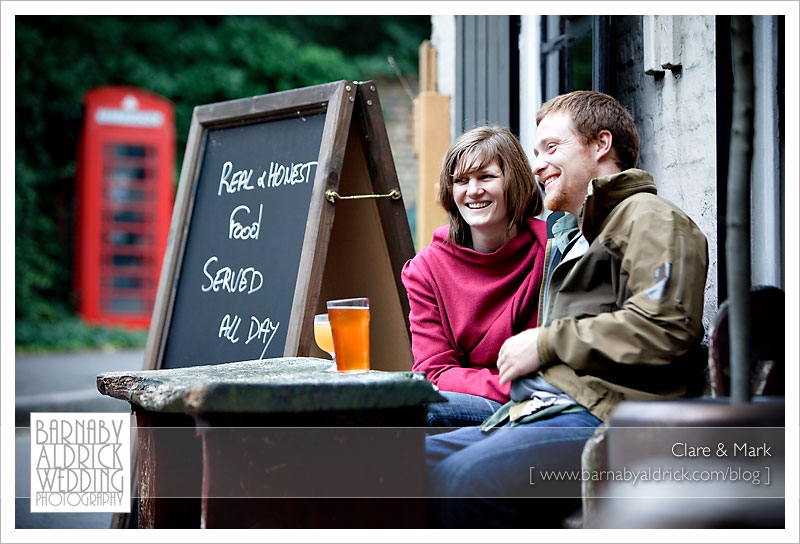 Inside possibly the slantiest room in the world. 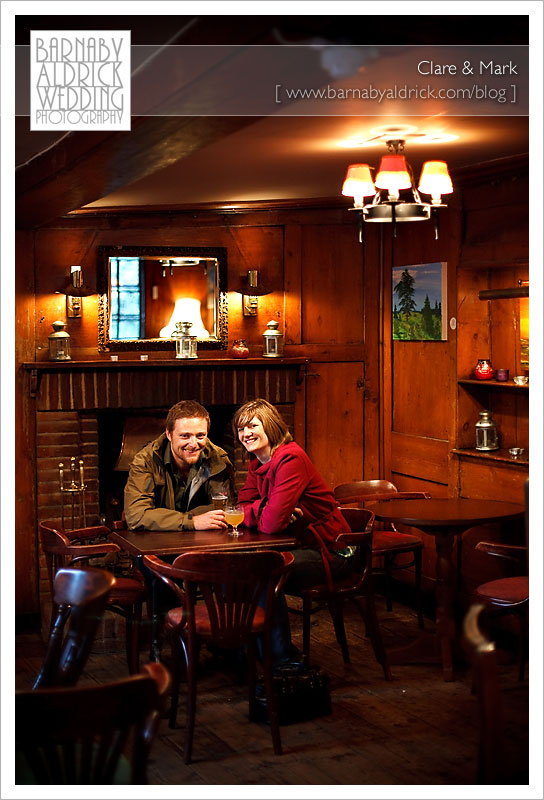 It was lots of fun shooting these two in London and I can’t wait for their African slash Halloween themed London wedding in late October.

Me thinks it’s gonna be fun…

[ Don’t be shy commenting chicos – your details are never shared ]