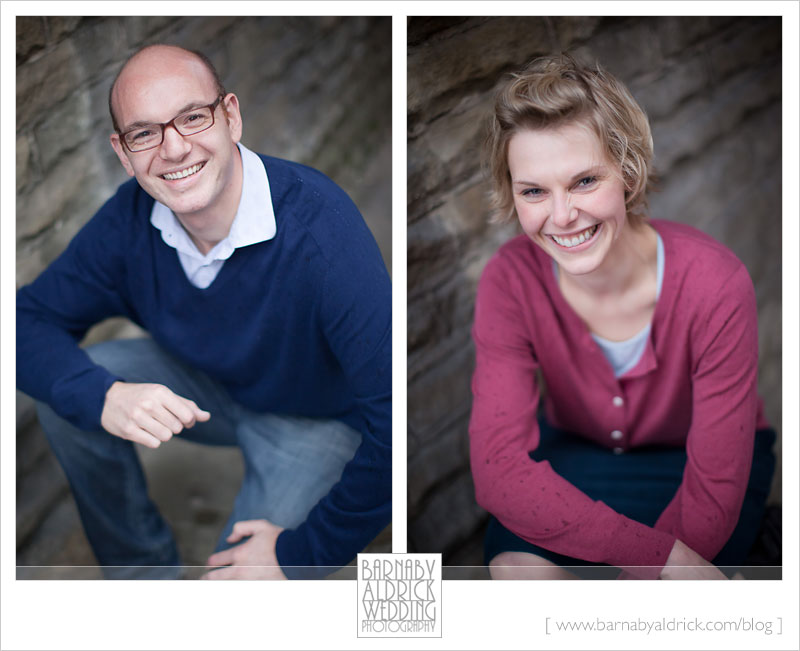 Last week I joined Helen & Joby for their pre-wedding meeting & practice photoshoot at the Corn Exchange in Leeds. 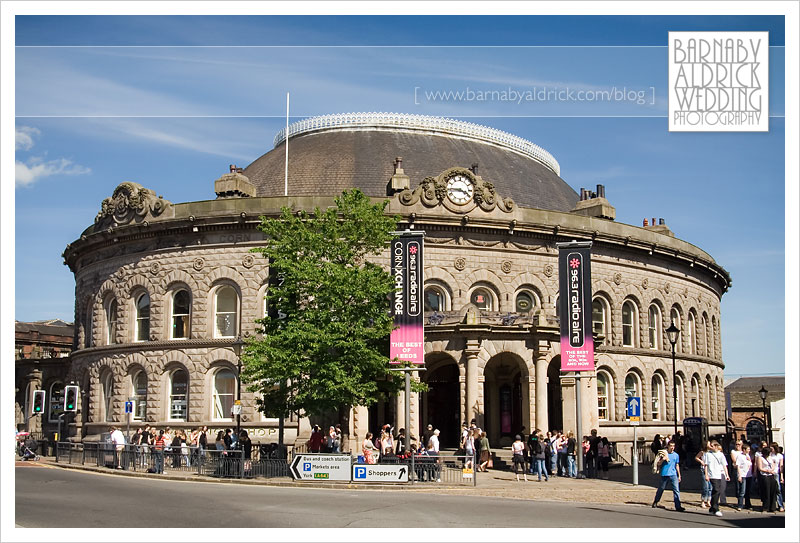 The Corn Exchange is one of Leeds’ grandest buildings 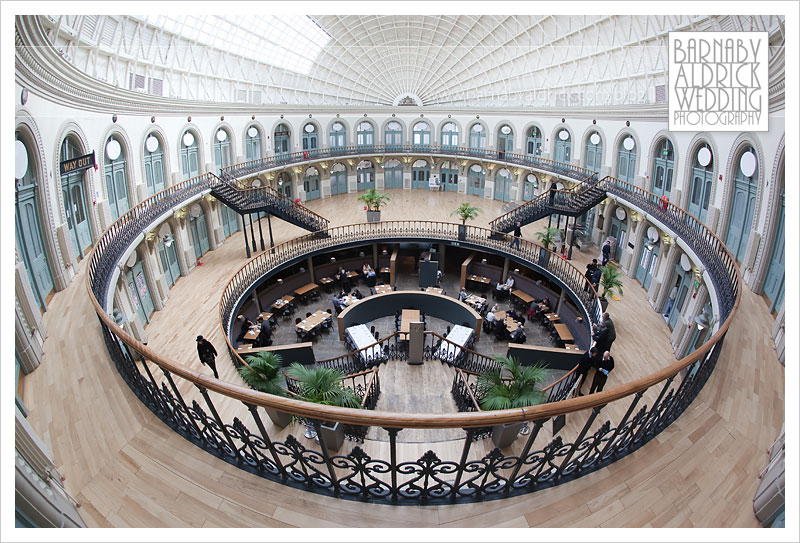 Built in 1863 by Cuthbert Brodrick (the same architect who built Leeds Town Hall) it was designed to be flooded with natural light, so corn traders could accurately gauge and sell corn 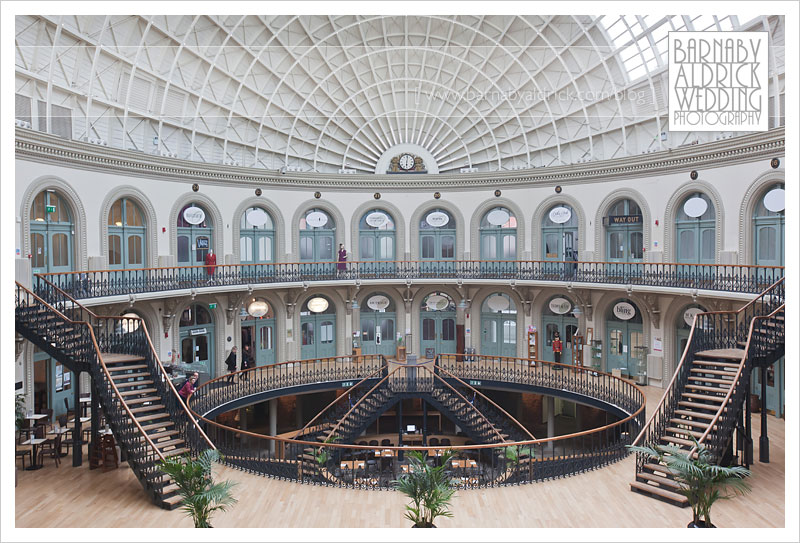 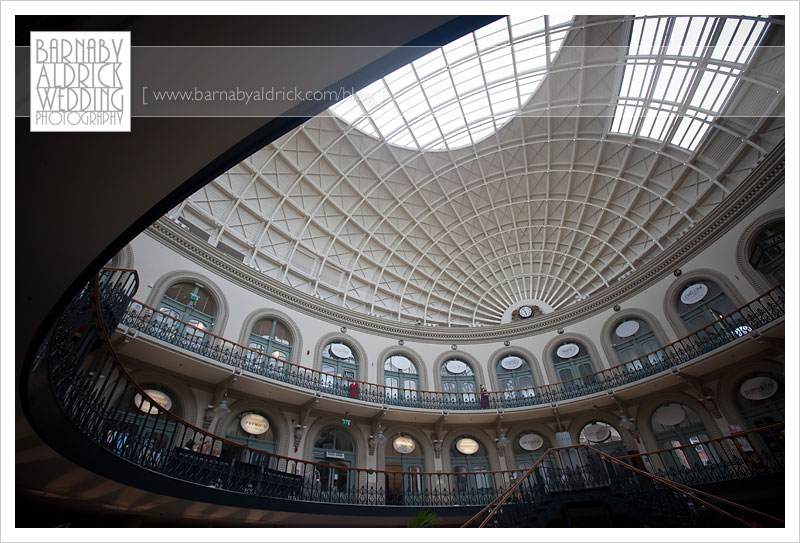 The almost-derelict building was turned into a shopping centre back in the 80s, and apparently a large area of the floor was rotten, so a large circle was cut into a feature revealing the lower levels. 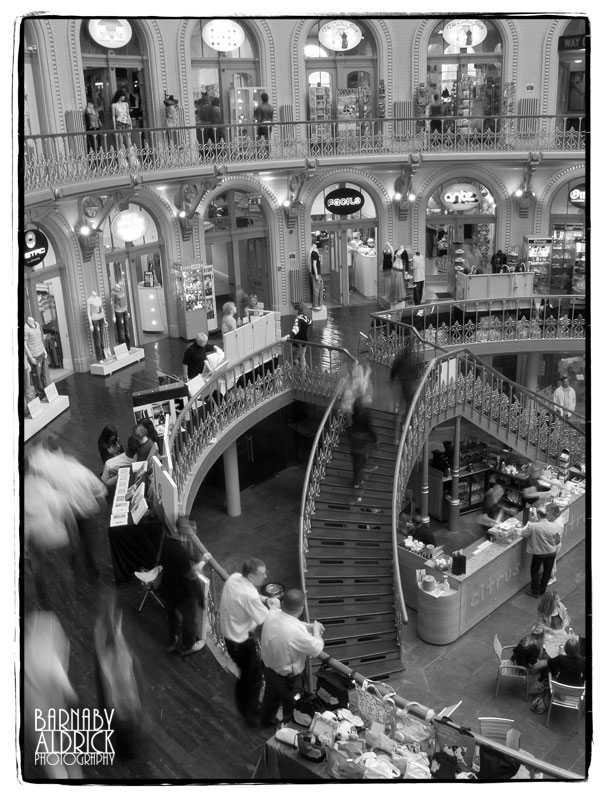 The shopping centre used to be a great arty craft market on weekends.  About 7 years ago I sold travel & Leeds prints there with a photographer pal called Del Bryant (there he is watching our stand above is the one on the left of the stairs).

It’s kinda cool to be back there to shoot a wedding!  I know the building inside & out. 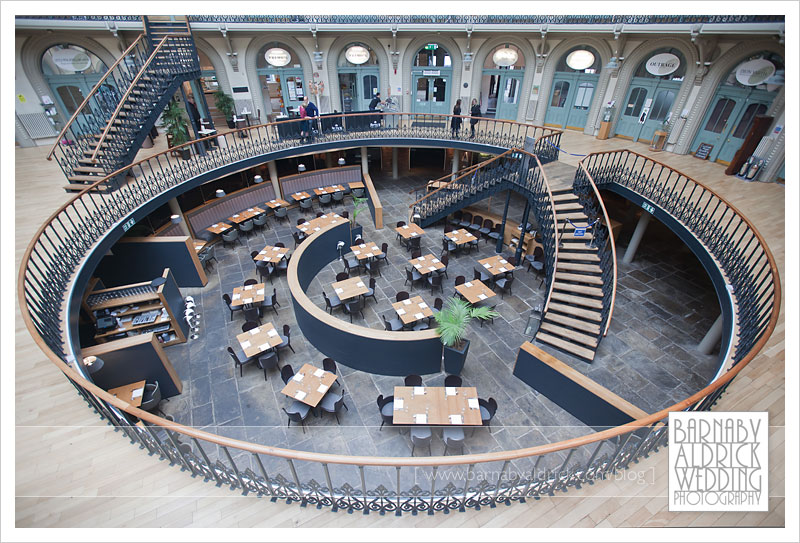 Sadly independent trade died a slow death there, and in recent years the Corn Exchange received another facelift and a new range of interesting boutique stores.  The whole basement level was taken over by Leeds’ chef star Anthony Flynn (who’s got a great selection of foodie restaurants around the city) to create the foodies delight that is Anthony’s Piazza. 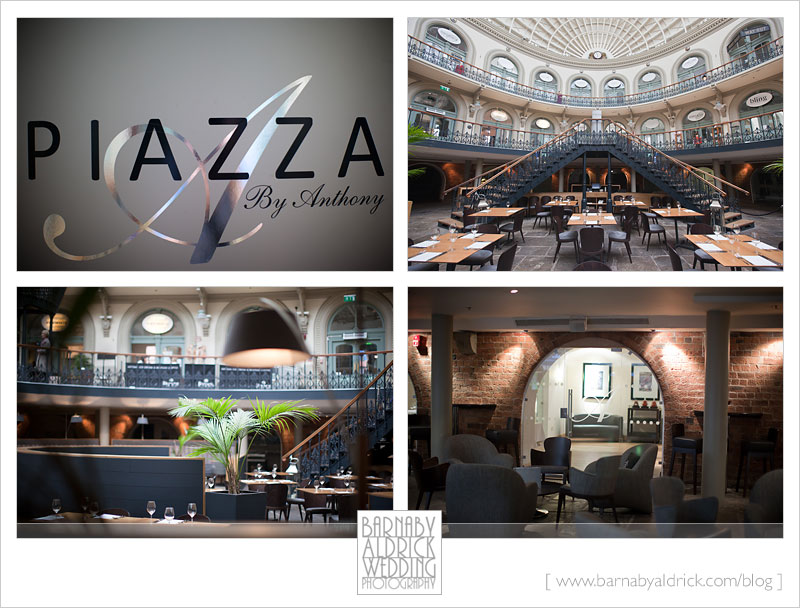 Occupying the entire 13,200 sq ft ground floor level, the Piazza incorporates a 118 seat Restaurant, a Casual Cafe, A Champagne Bar, Private Dining Rooms, and 4 Retail Shops; a Bakery, Patisserie, Chocolaterie and Fromagerie and is an ACE place to host a wedding! 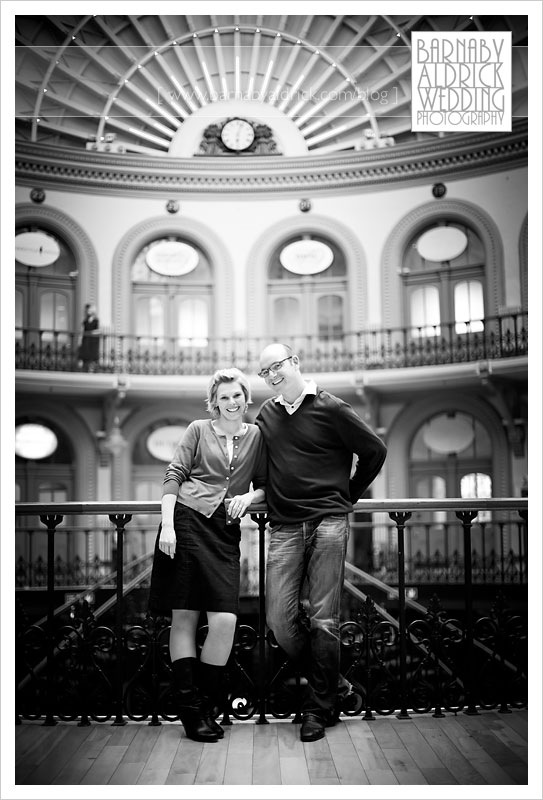 Helen & Joby certainly think so!  Like Clare & I they’re proper foodies and love eating out. 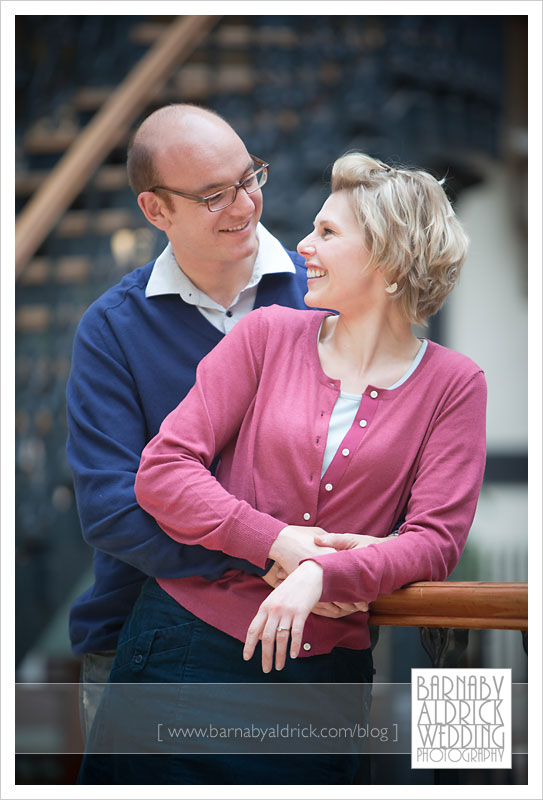 It was great to catch up with them again and to talk about their plans.  Last time we met was at their house, where they keep a few chickens in their garden, and they gave me a box of fresh eggs! 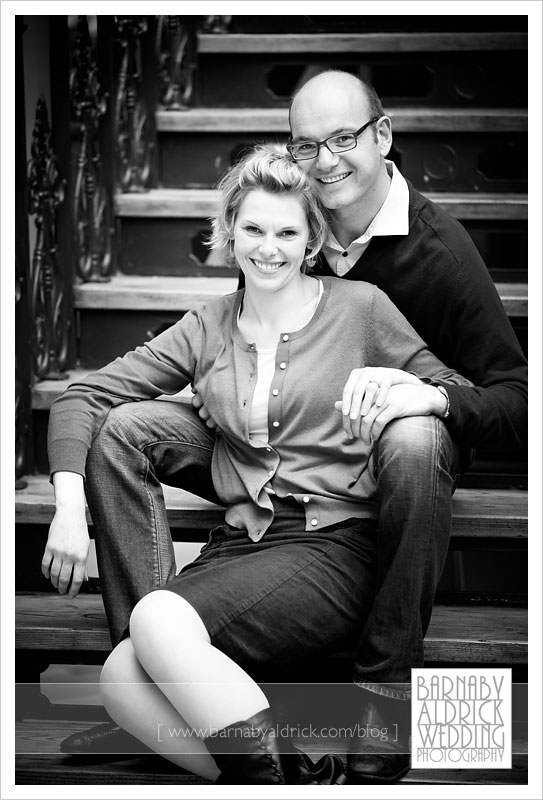 and to show them how it feels to be papped! 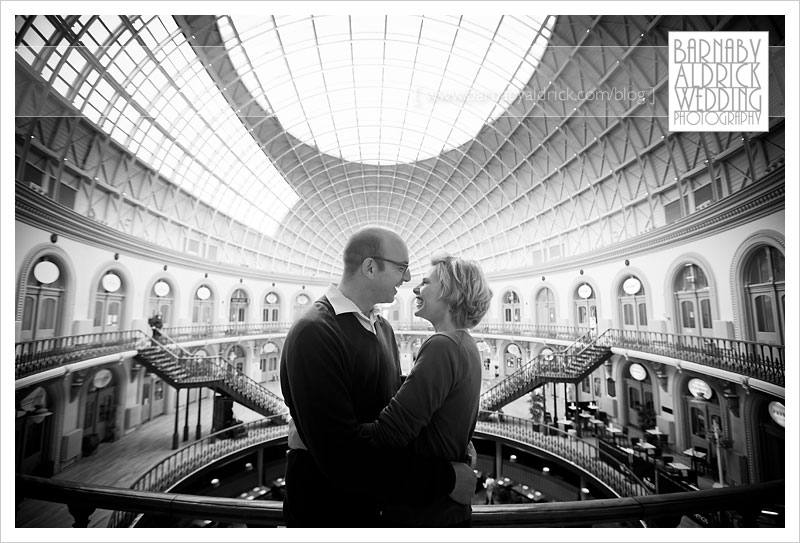 We weren’t short on locations to shoot against. 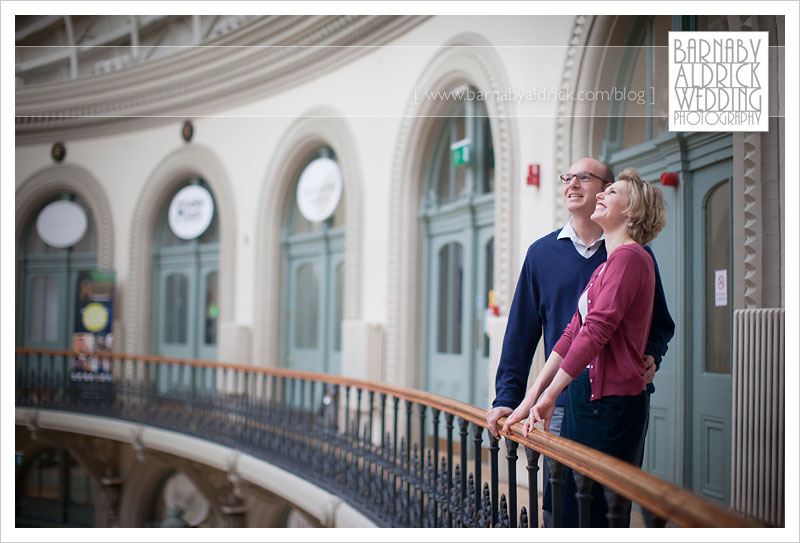 It’s such a great spectacle of building. 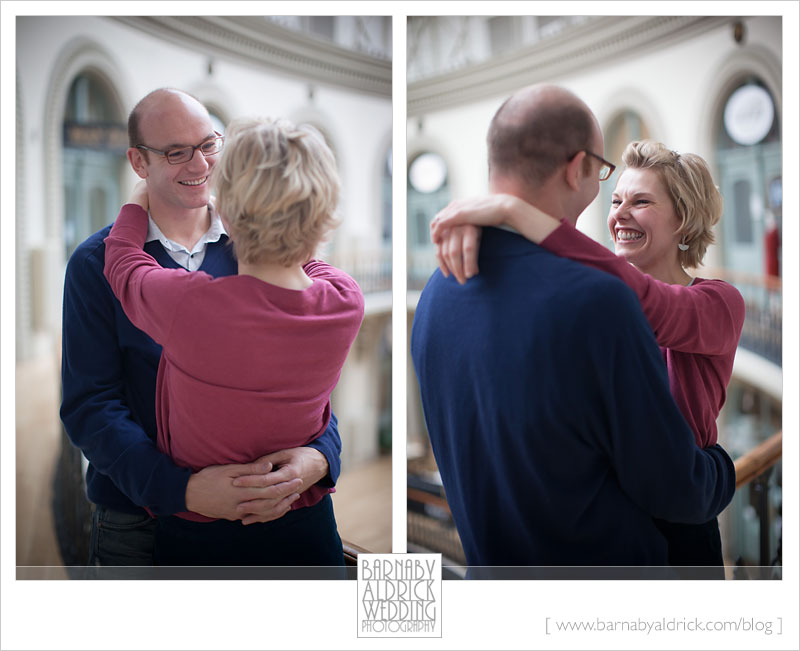 Joby’s an unusual name, originating from his grandfather, who was also called Joseph Ben, which was shortened to the nickname JoeB. 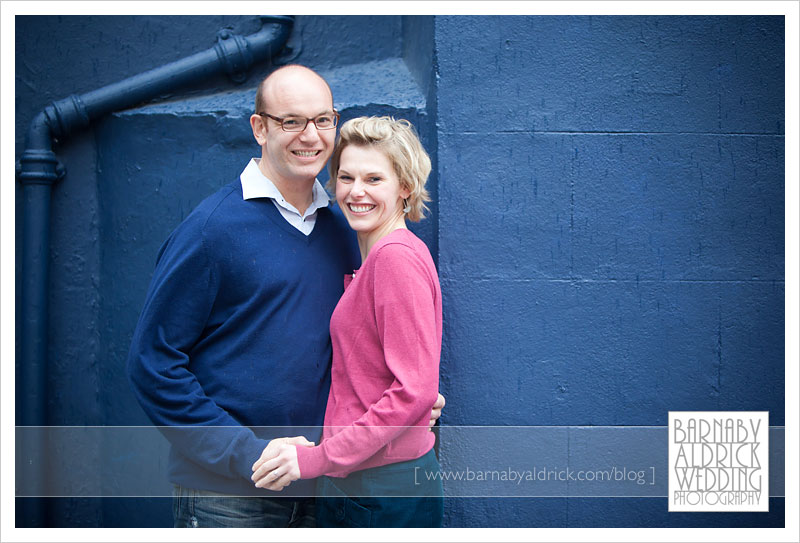 We took the shoot outside looking for a few backgrounds to play in front of. 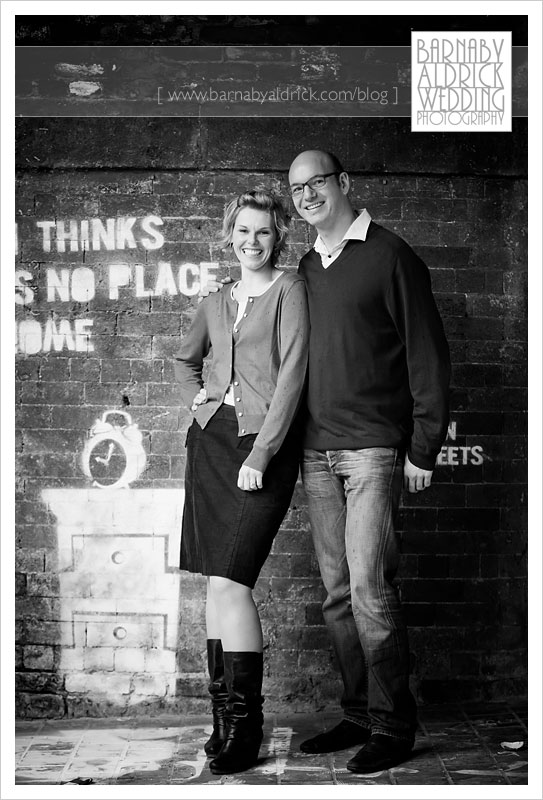 Under the bridge we sheltered from a passing shower with a bunch of punk rockers. 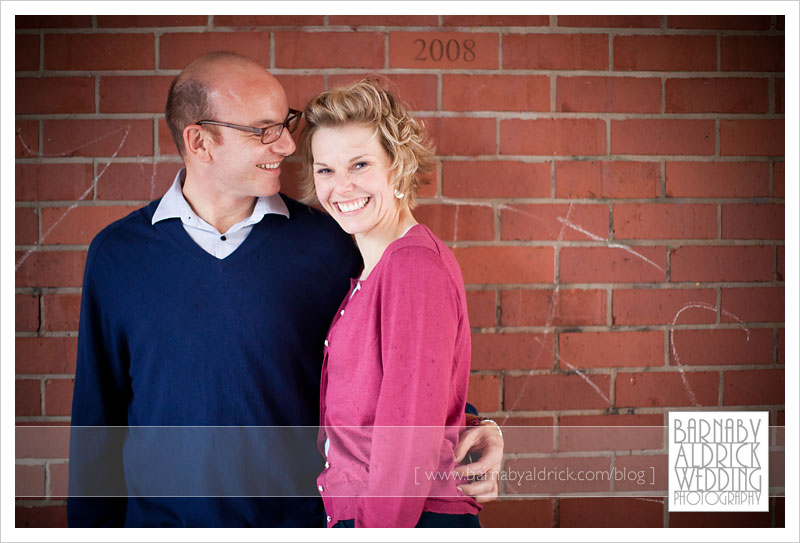 It’s so good to see how a couple behave together when I point the camera at them, and it helps prep them for their shoot on the big day. 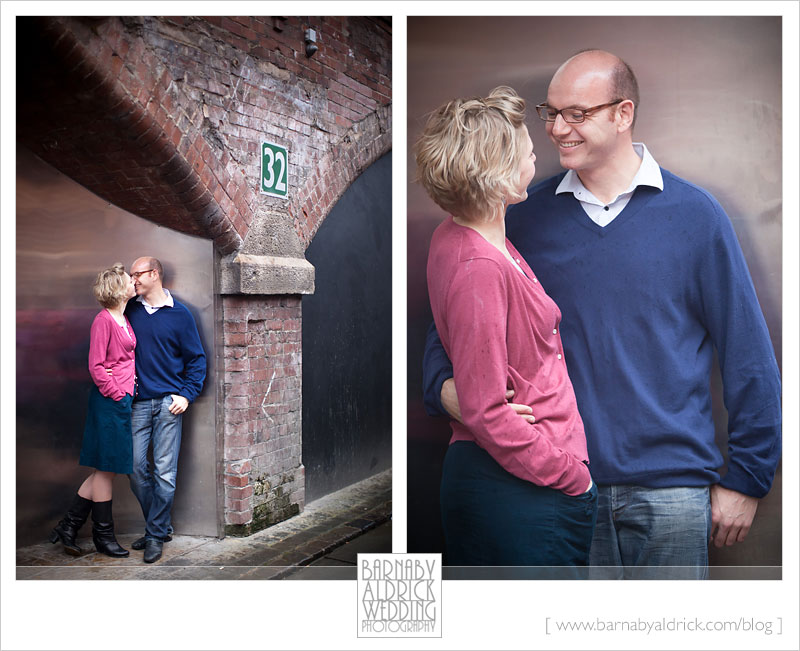 These two were great. 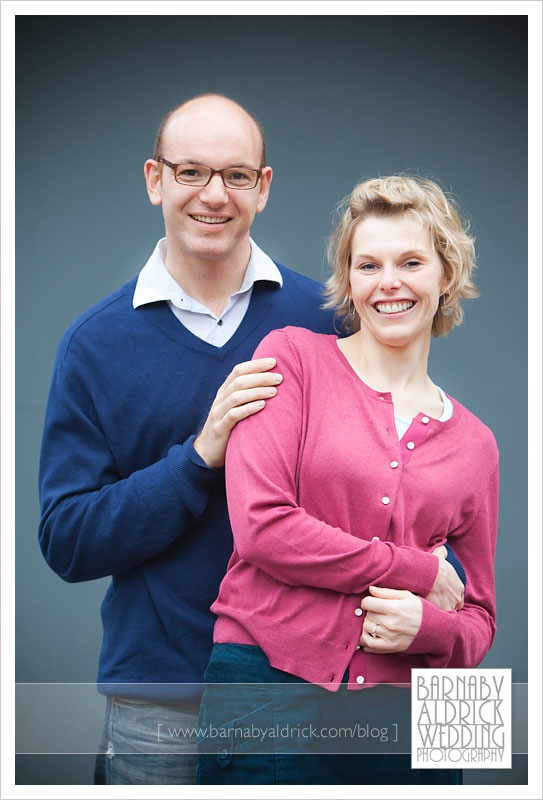 They’re actually running a half marathon for charity a few weeks before their wedding!  A cunning way to get in shape if ever there was one. 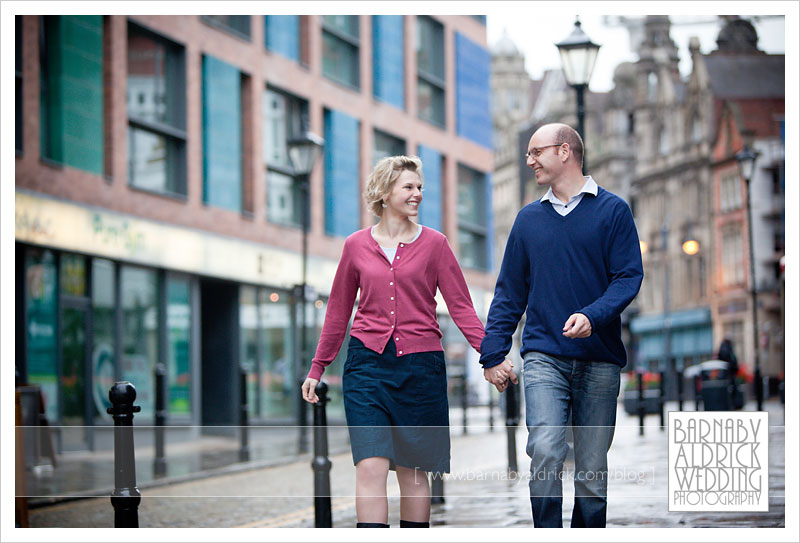 We can’t wait to join them in October for their big day.  Watch this space for the highlights a day or two after their wedding.