I’ve been up & down t’country of late chasing couples around with my glass! 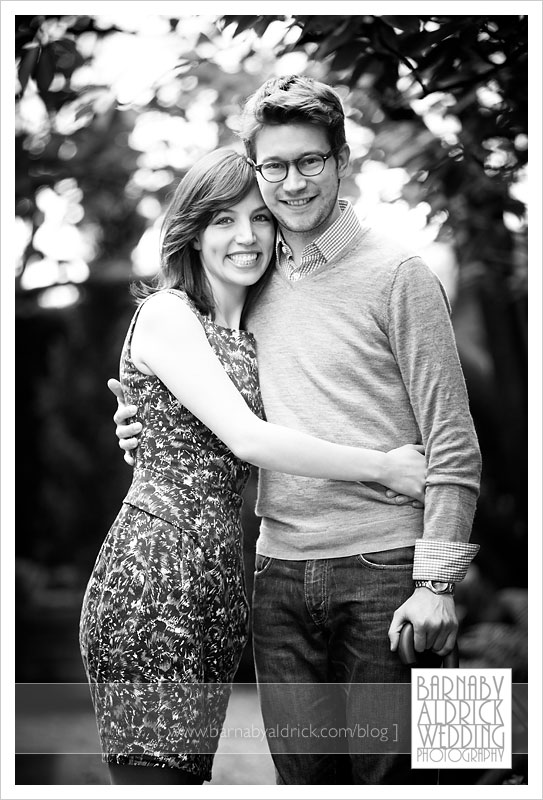 Back in London for the 2nd time in 2 weeks, I met super lovely upcoming wedding victims Jane & Jonathan!

Diving on a train from sunny Leeds, sans jacket, foolishly presuming it was summer everywhere (as a wedding photographer; I should know better), I was greeted in the capital by a comedically biblical storm!  The kind of fat rain bubba talks about in Forest Gump.  And I ran through it to meet Jane at their amazing church in Marylebone… 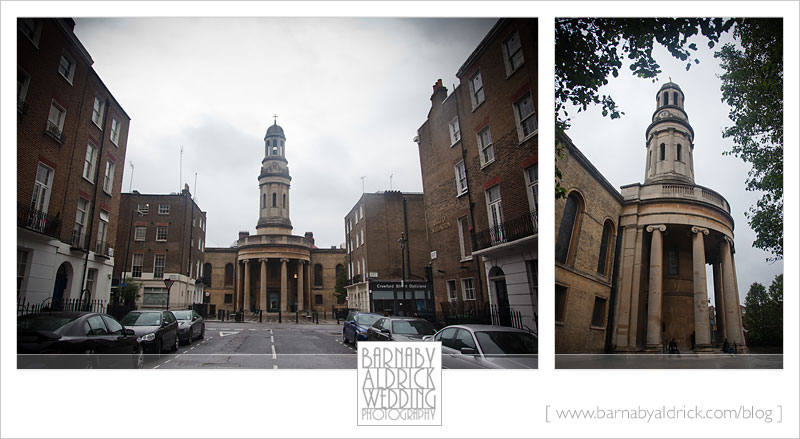 St. Mary’s Church is an impressively imposing building inside and out, even in the gloom… 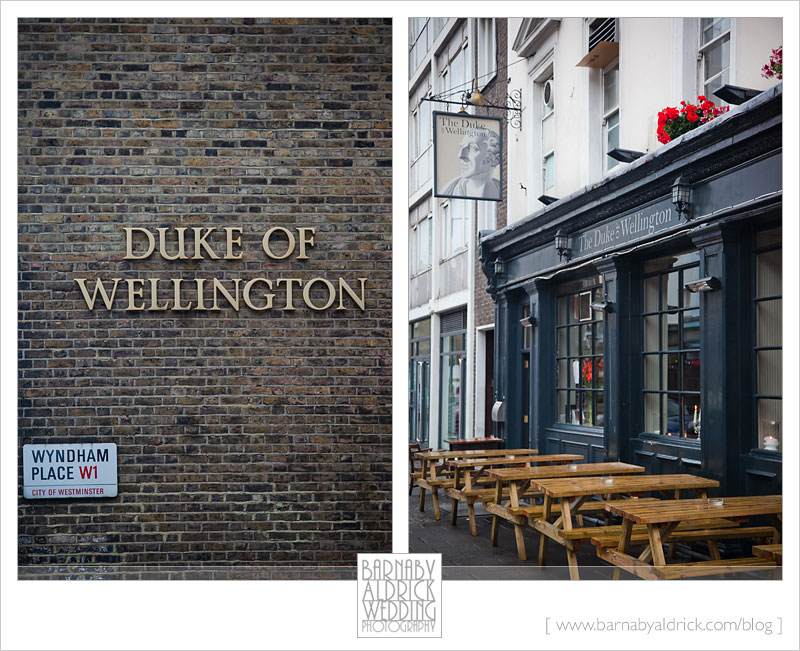 …cunningly located opposite Jane & Jonathan’s fave pub ever, the Duke of Wellington.

Not that they planned their church by proximity to their favourite pub! 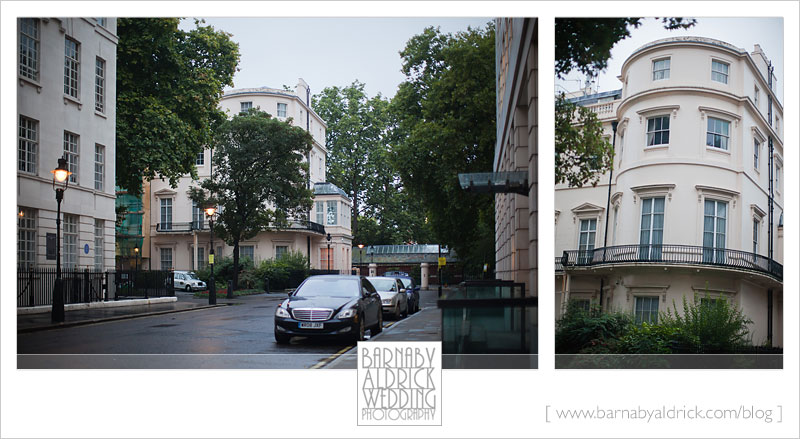 Jane & I then tubed over to meet Jonathan at his work, The Institute for Government, where they’re hosting their wedding reception.

Bizarrely, it’s literally 2 minutes down the road from where my other London couple are having their reception at the Institute of Contemporary Arts; literally on the Mall with views down to Buckingham Palace, up to Trafalgar square and straight ahead you can see the Eye, Big Ben & all the London heavies poking out over St James’ Park! 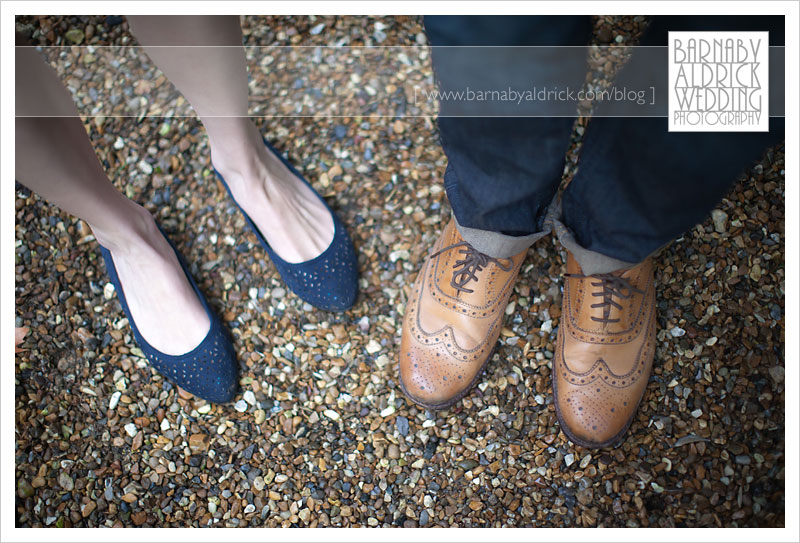 But I was more interested in Jane & Jonathan’s most excellent choice of footwear! 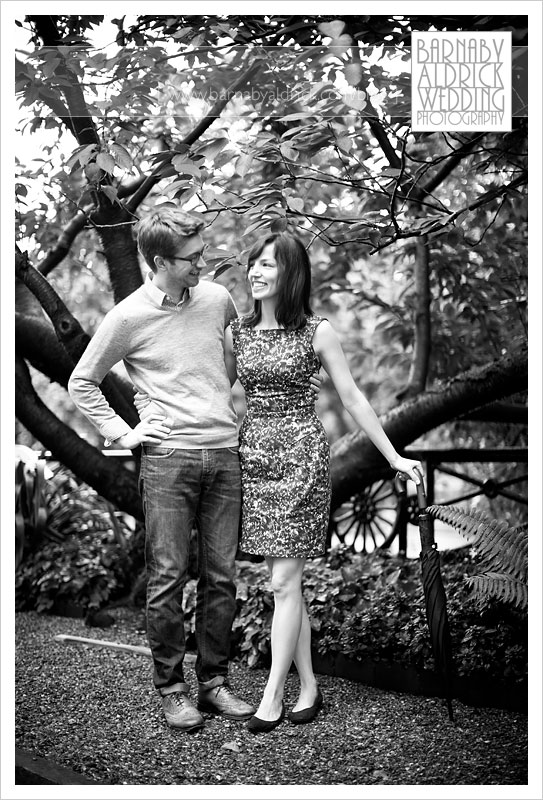 So – in we dived, umbrella at the ready for the practice pics. 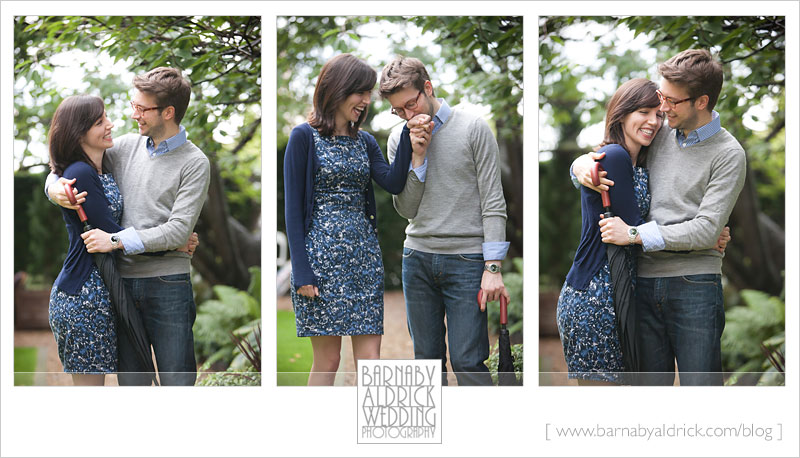 I always put my couples through a practice shoot before their wedding.  It really helps them get over any nerves they may have about it, shows them what I’m looking for and helps me familiarise myself with locations and scout spots to use on the day.

But mainly it’s about getting them to enjoy each other, cuddle up and not be afraid to be affectionate in front of me! 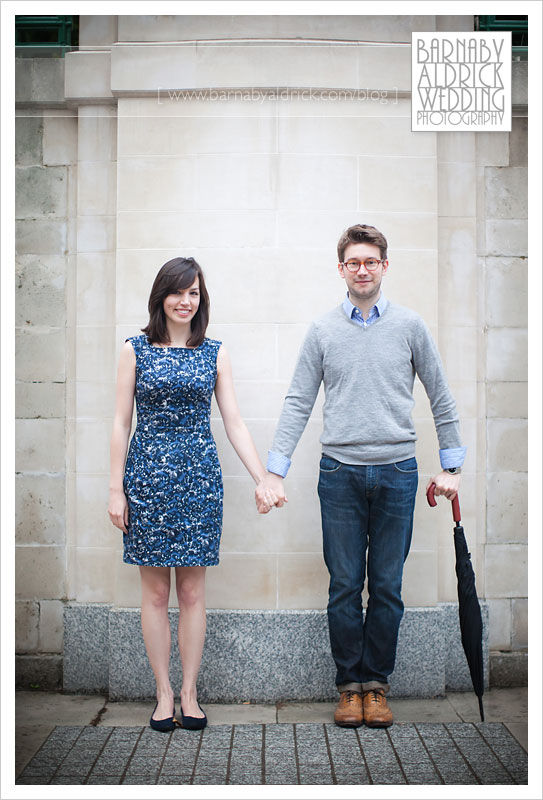 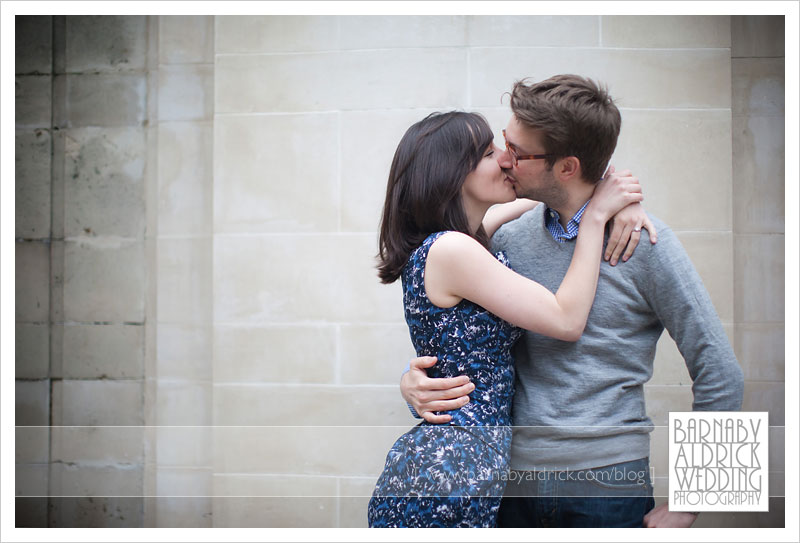 But much prefer the smooch! 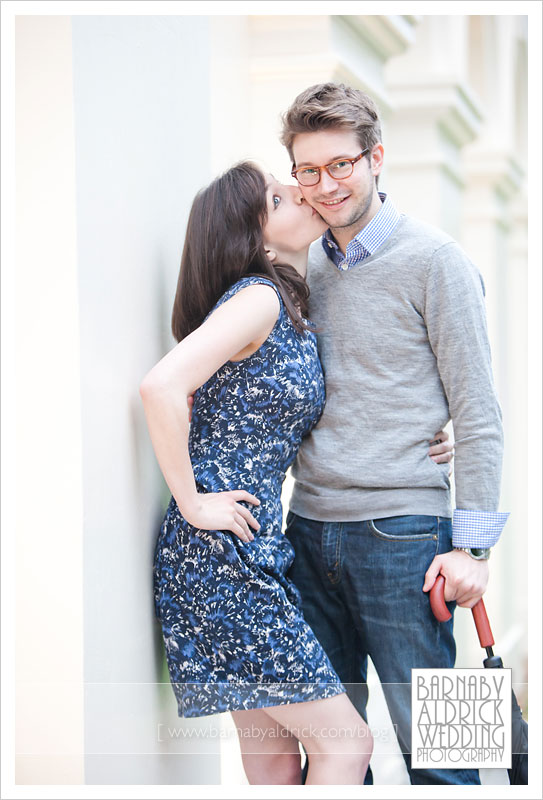 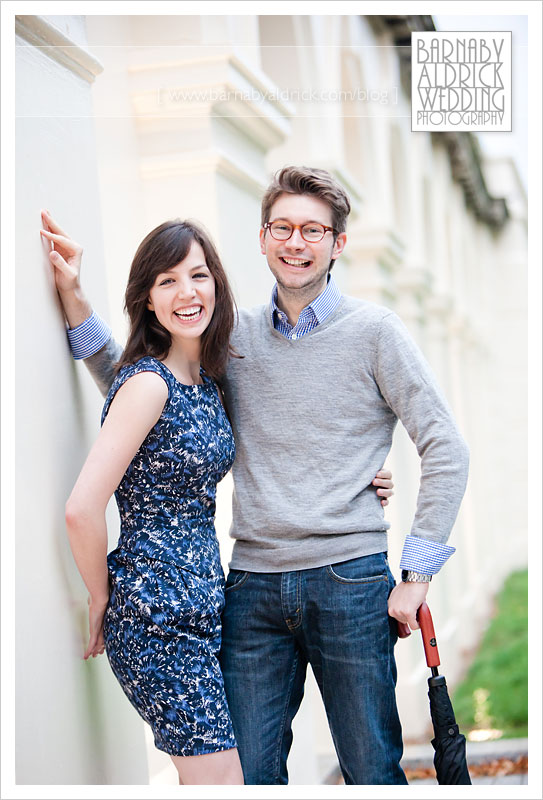 …and both of them laughing about it afterwards! 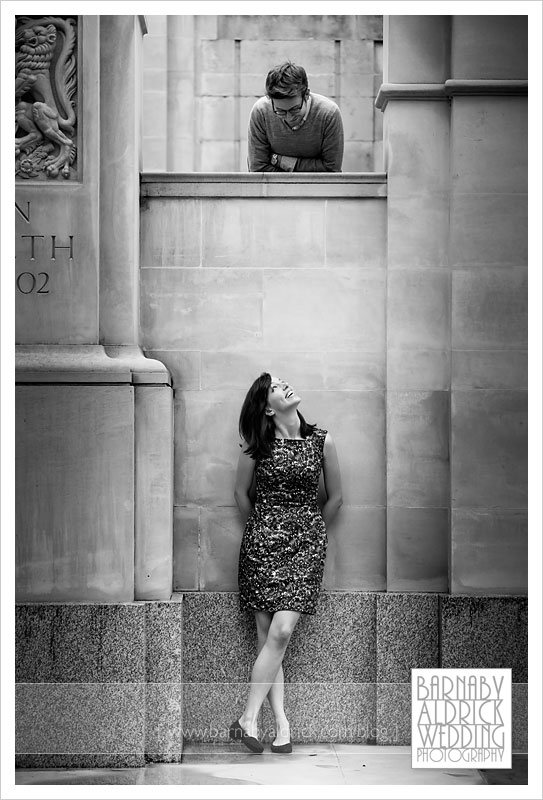 This was one of Jonathan’s ideas 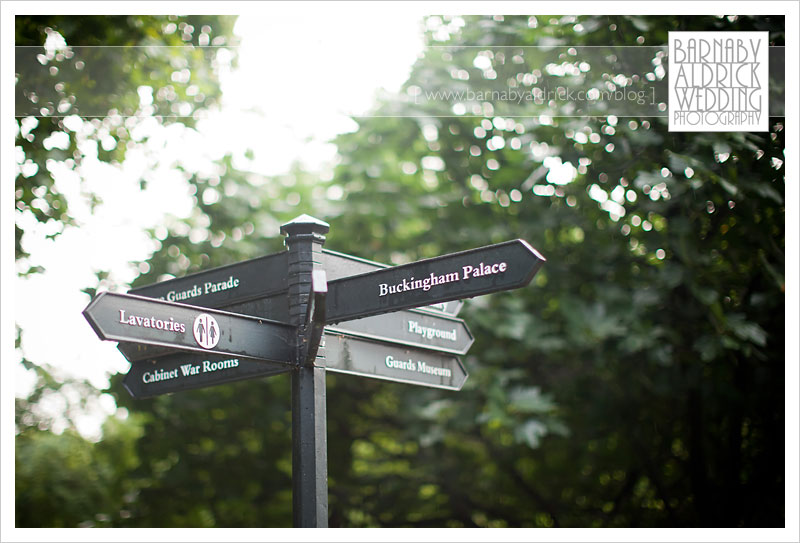 We set off in the direction of St. James’ park to do a few snaps in there… 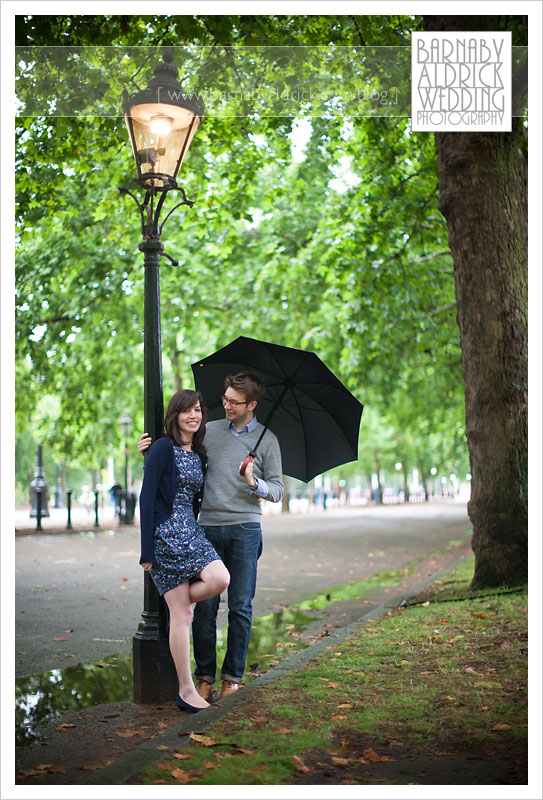 And on route it began to drizzle a bit, so we popped the brolly & propped up on an olde London lampost. 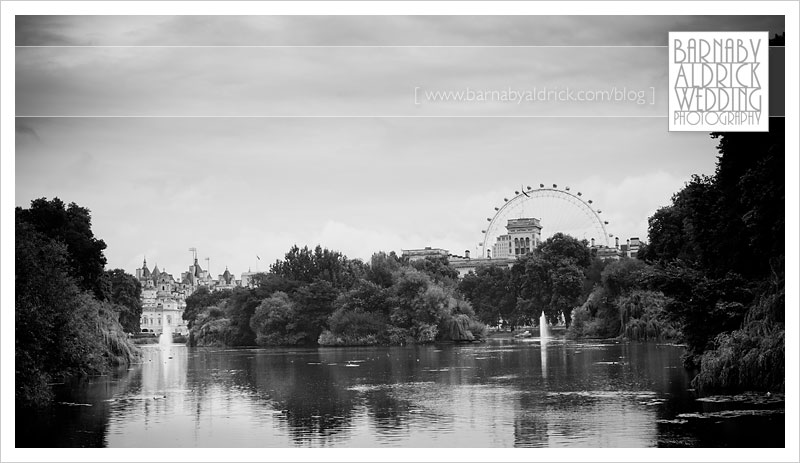 The view from the park bridge is quite spectacular… 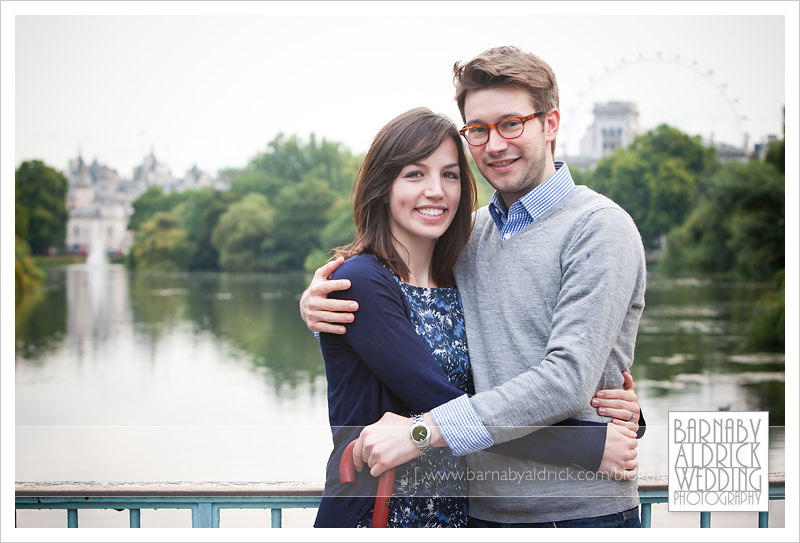 … so I improved it even further by popping these two in front of it! 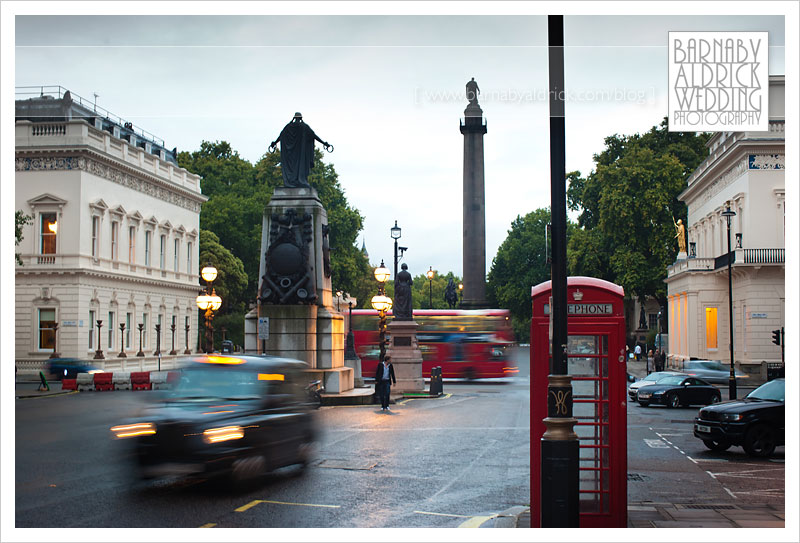 Generally I shoot a few scene setters before the shoot, but as I was busy dodging rain, I caught a few after we were done.

This one above could only be London. 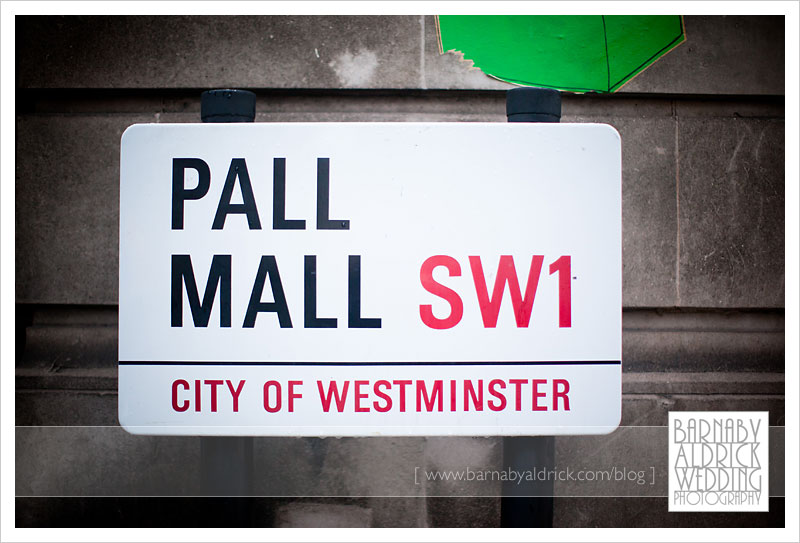 And I always feel like a tourist when I see Monopoly names on the actual streets. 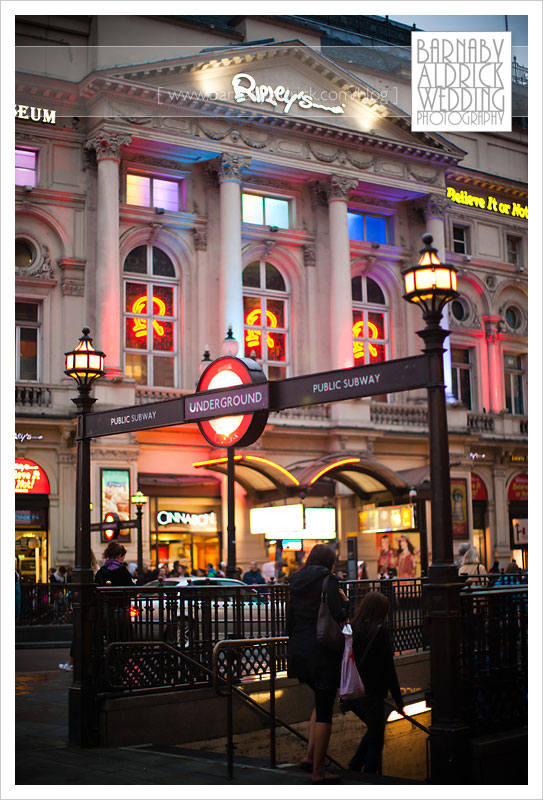 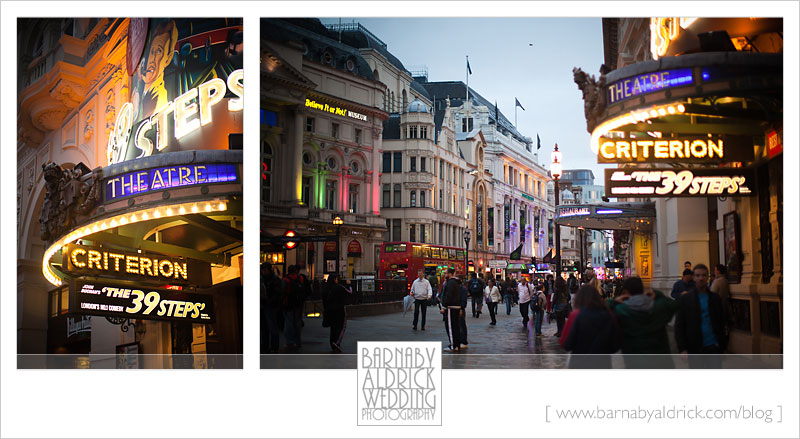 As the light dropped, the neon started to glow. 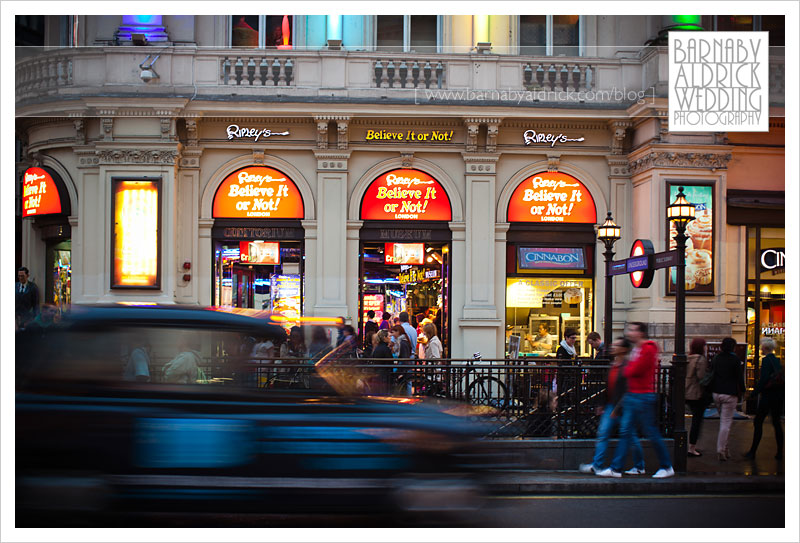 Can’t wait to join these guys down in London on their big day in a few weeks! x