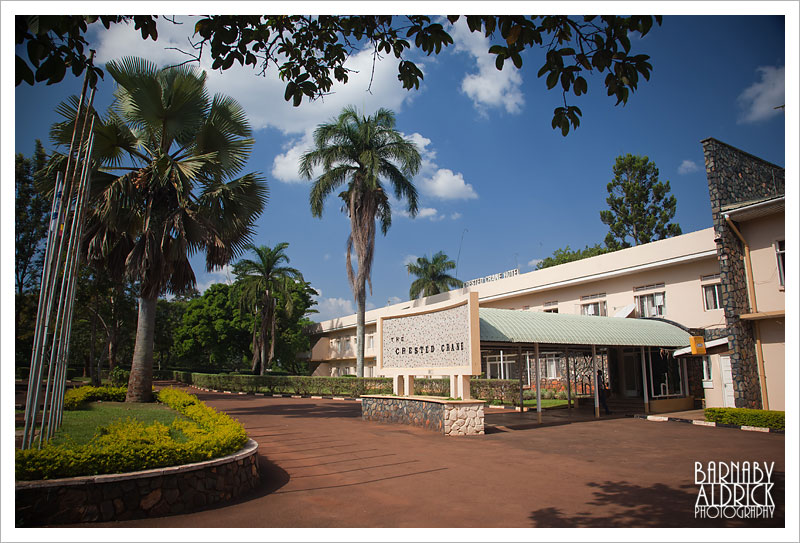 After the border run, we ran pretty short on options of places to stay.  The place gav had in mind had a non-english speaking guard on duty who wouldn’t let us stay, so after cruising round town we heard about a big hotel that might host us.  So at half-midnight we rolled in, 9 tired foreigners and asked if we could camp in their grounds.  The lady on duty said not really, as there was a conference group in, but she had one spare room.  So we negotiated to sleep 4 of us in one room (2 sharing the bed, 2 on the floor) and the others’d sleep in the vehicles, and we’d all have to pay £3 each for breakfast.  It’s amusing how this would work the otherway round in the UK: 9 kenyans rolling up in the middle of the night asking to sleep in you carpark.

That night, wedged on my back between John & the bathroom door, I apparently snored away at quite a volume, right into Johns ear.

Since then I’ve been called ‘Barnasnorus Rex’. 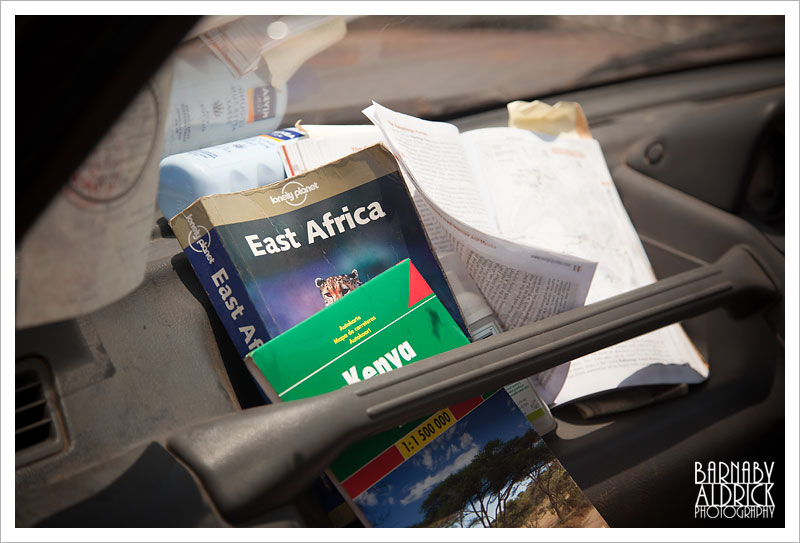 Anyhoos – The final leg of our Kenya Drive adventure was head to the capital to drop the ambulance with the Kampalan Lions.

Armed with a new guidebook we hit the road. 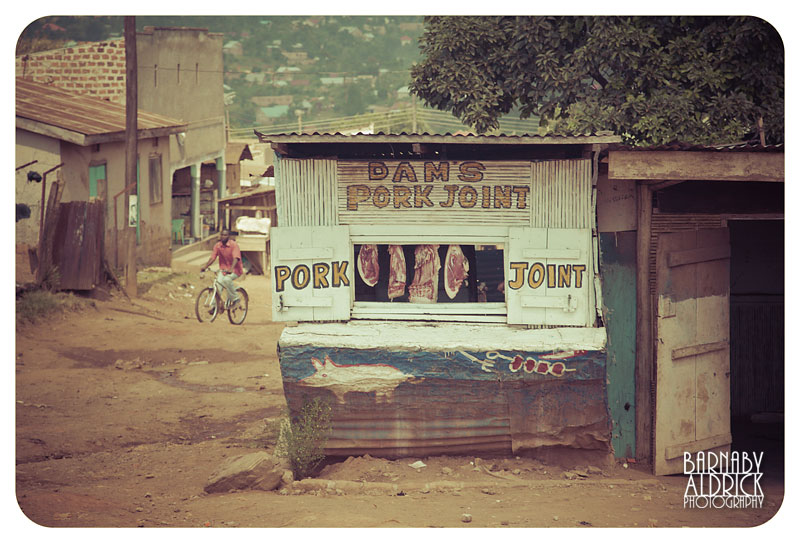 A couple of shots out the window caught my eye, including Dam’s Port Joint 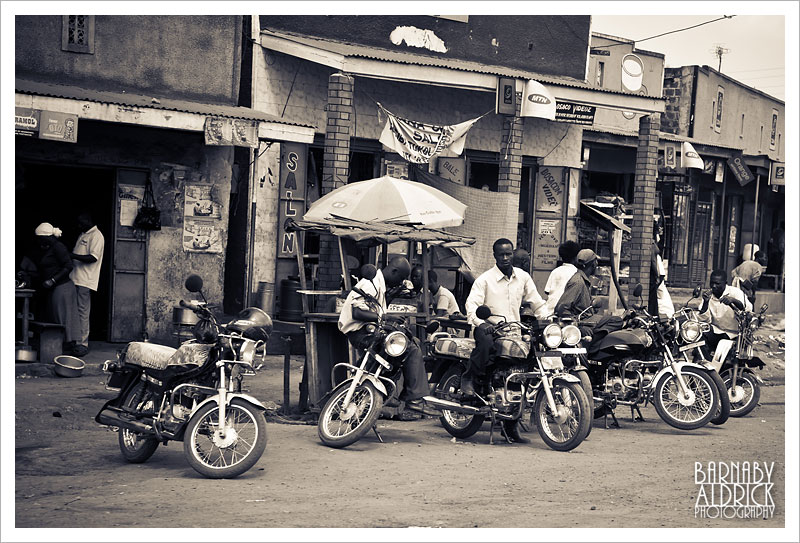 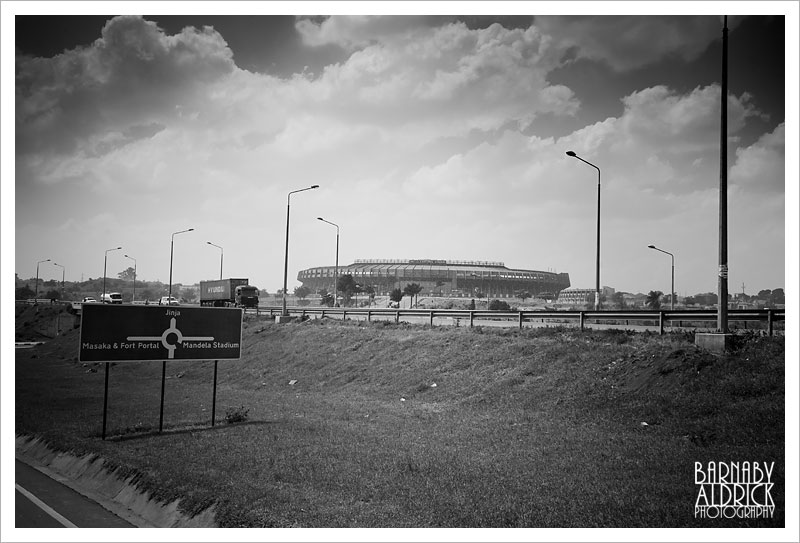 The Mandela Stadium, a veritable UFO of a building on the way into central Kampala 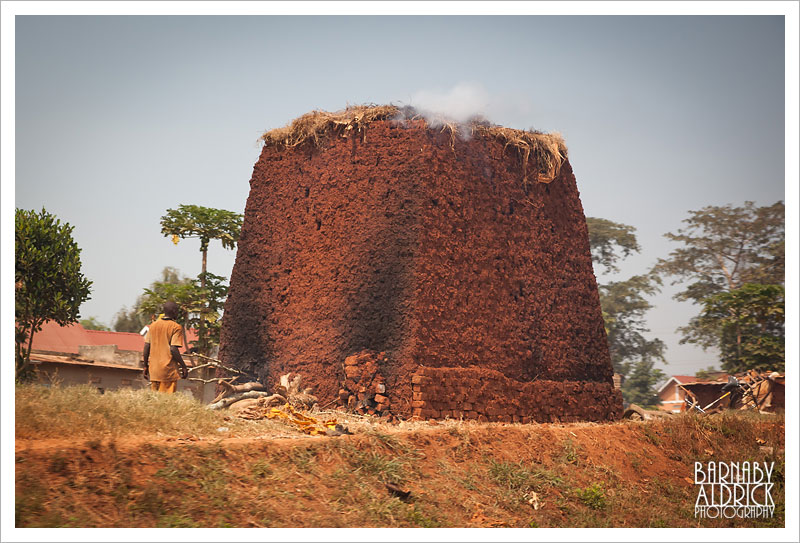 Everywhere around Kenya & Uganda, mud bricks are made & roasted in a mud kilns. 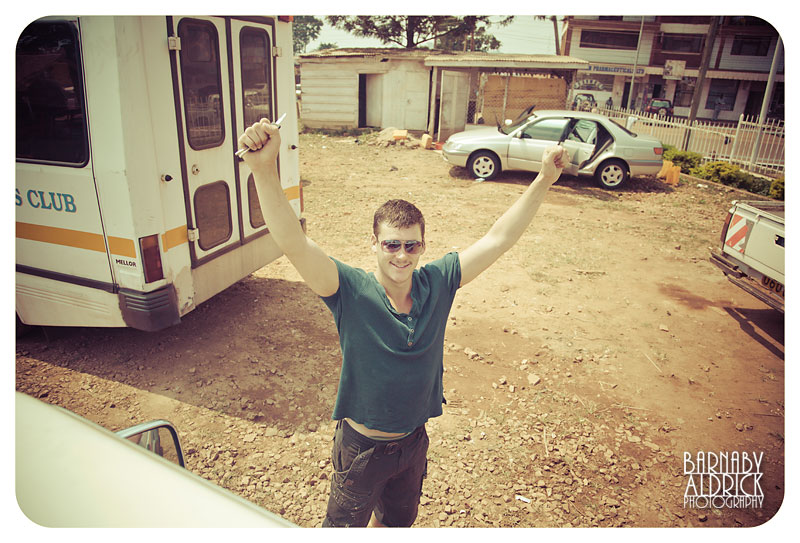 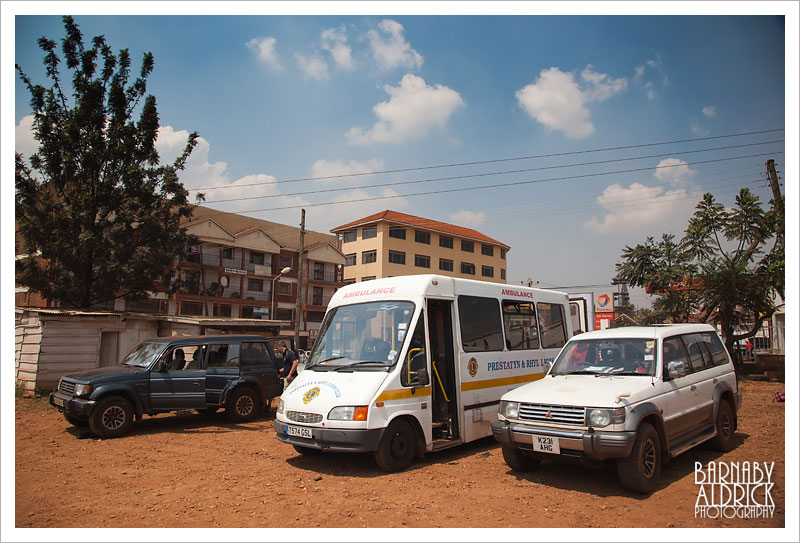 We leave the Ambulance for a clean at a local carwash… 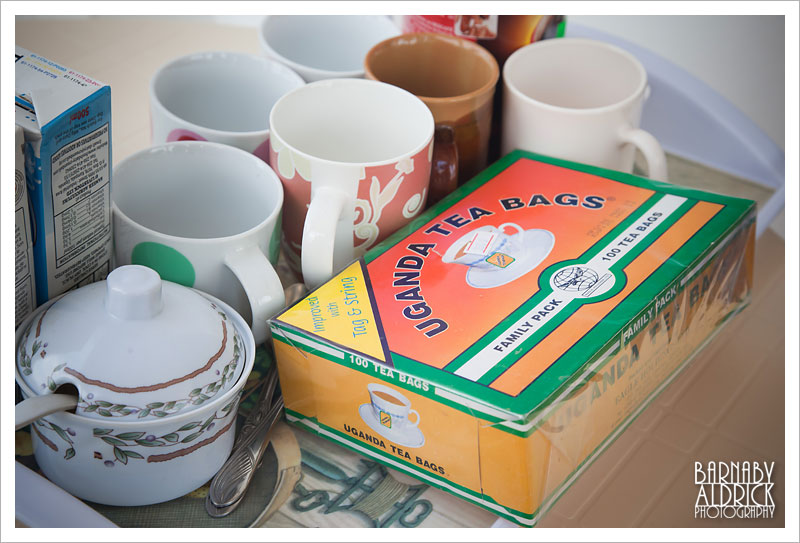 …and swing by the Link International centre for a cuppa.  Nothing like a nice brew after a long drive. 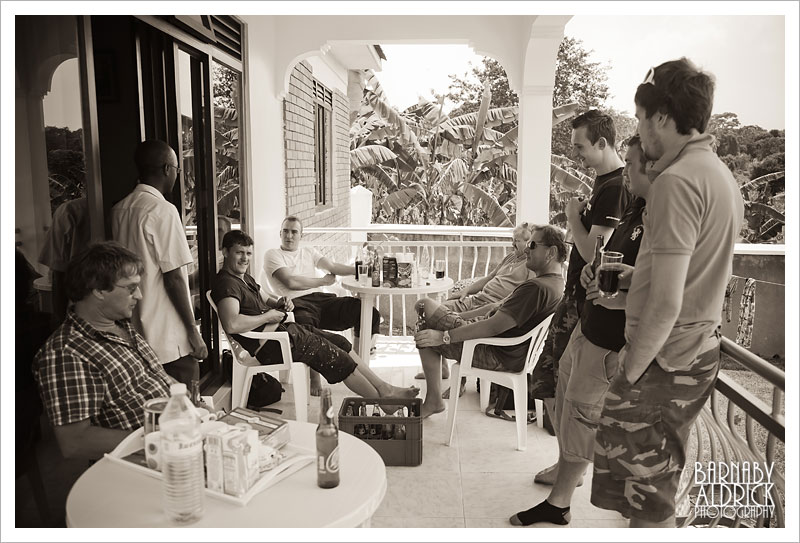 The team and John, the Link International director out in Uganda. 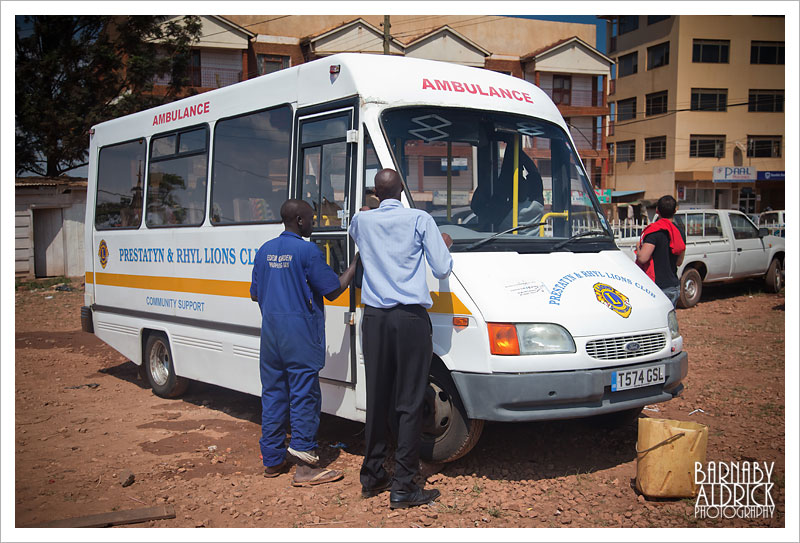 Collecting the Lions freshly buffed vehicle, Bob says: “You can’t polish a turd, but you can roll it in glitter” 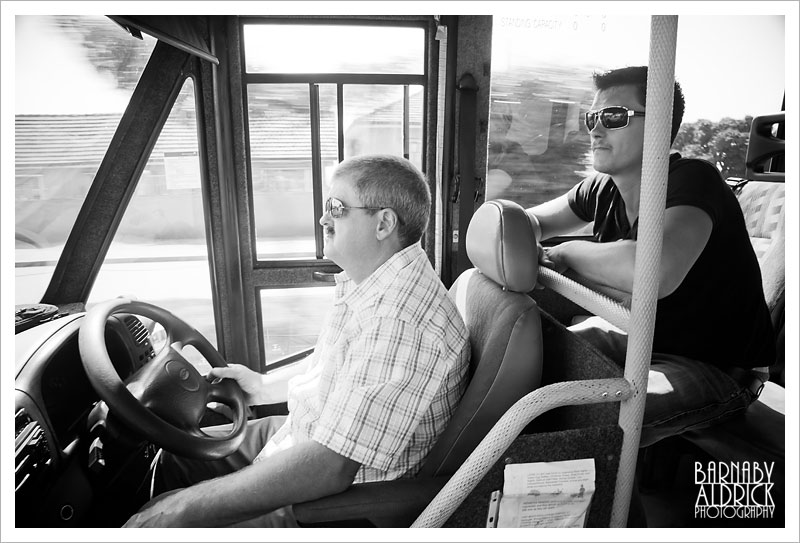 Graham, Bob & Titch have become quite attached to this old dog. 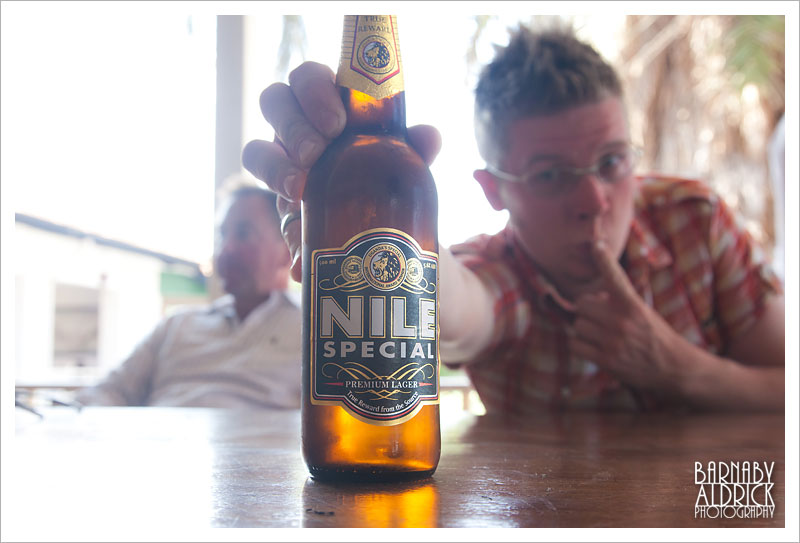 Freshly showered we hit the Kampala club with the team for the handover, and enjoy a few cheeky beers.  We said we’d be arriving today at 2pm, they thought tomorrow at 6pm. 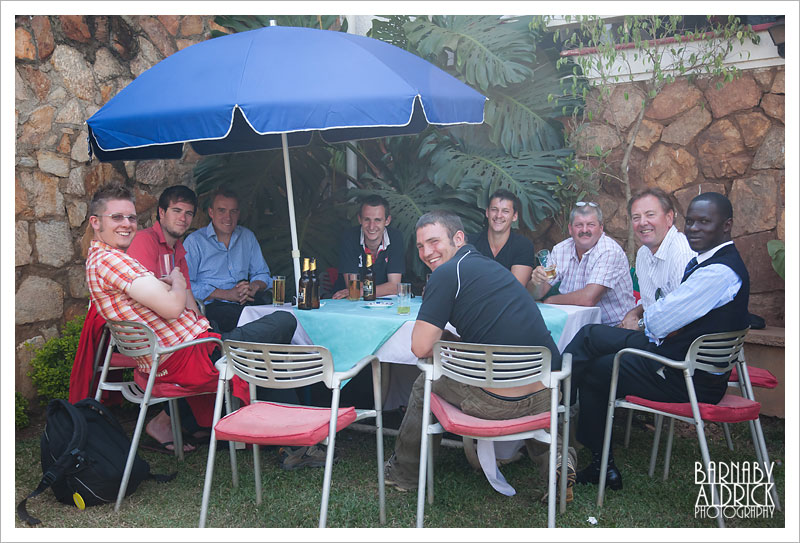 Several Lions joined in thanking us for the ambulance, which they’re going to convert into a mobile eye clinic, while we enjoyed a chinese banquet 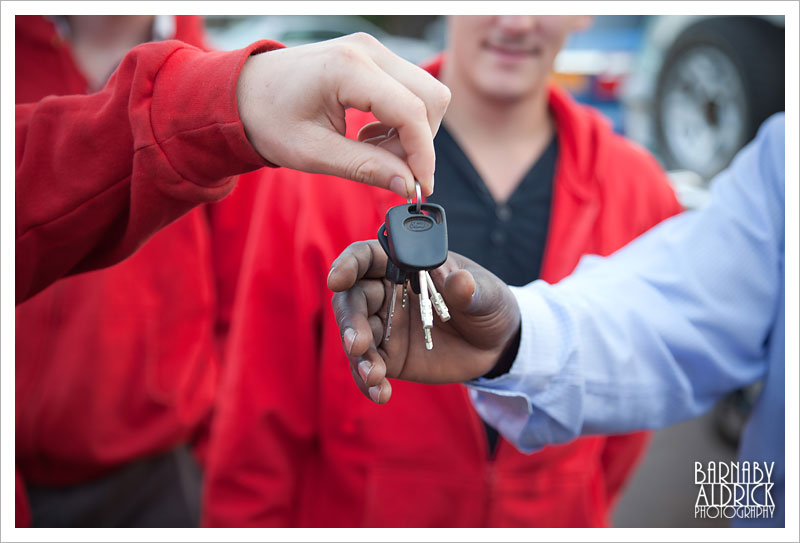 Over went the keys 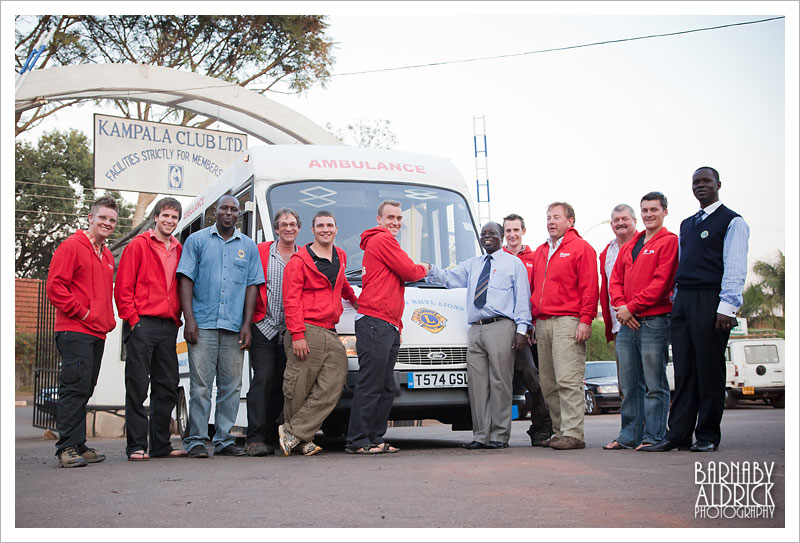 Over the next two weeks, I joined Link International for the 2nd leg of my Ugandan experience.  They’re paired up with St. David’s College in Wales, and every year around a whole bunch of pupils fly out for 2 weeks to pitch in with the ongoing Link International projects around Kampala, making bricks, digging trenches and seeing a new world, before going quad-biking and on safari.  So I stuck around to document the goings on.  Tune in soon for more!