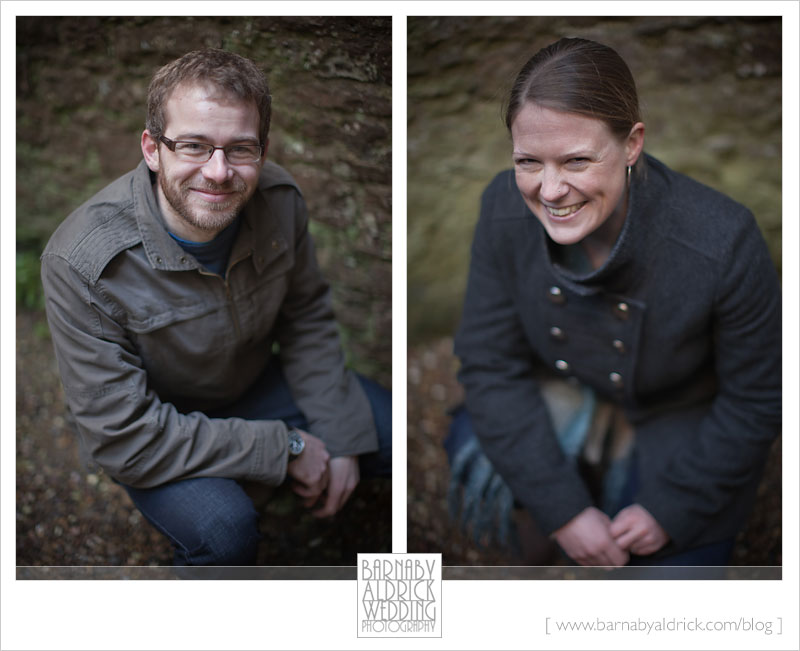 Last week I posted a blog of images shot one beautiful day deep in the Yorkshire Dales (post here).

The reason I was up was to going a lovely upcoming wedding couple called Sophie & Rob! 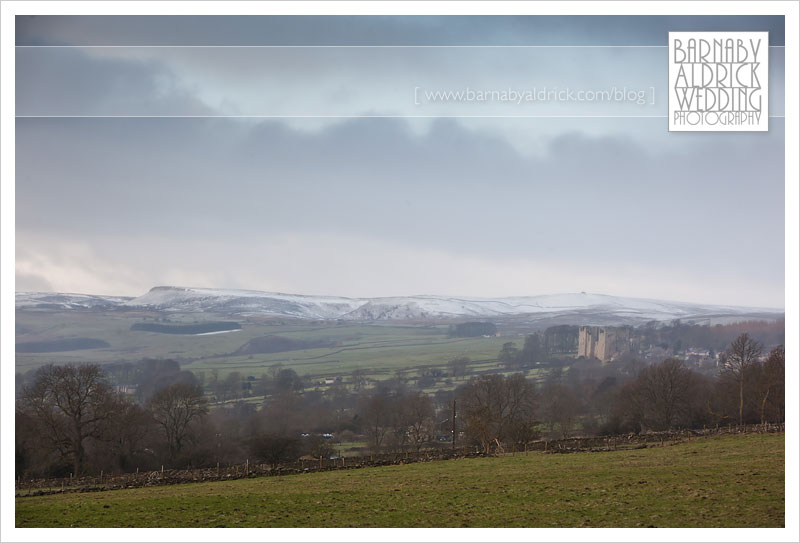 We were up in the Dales to have a nosey round their simply brilliant wedding venue, Bolton Castle for their wedding early 2012. 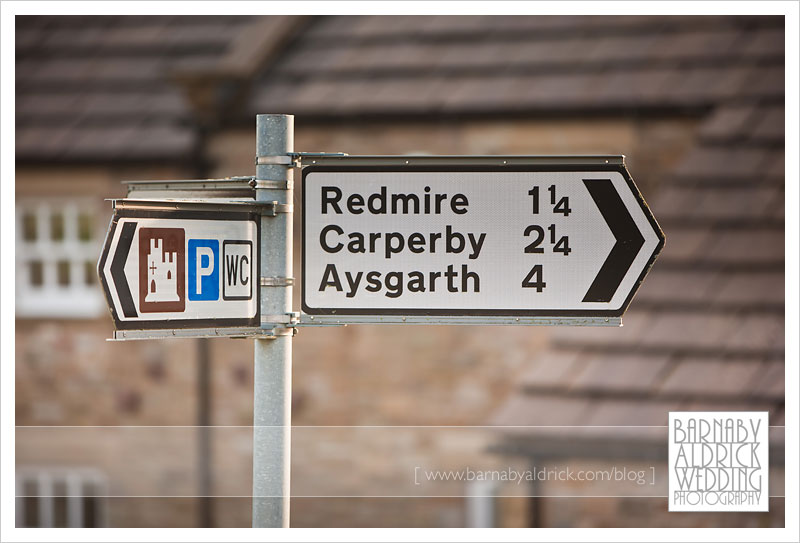 It’s on the fringe of Satnav’s comfortable zone, and Jane tried to take me up various exciting tracks and across gated fields full of cows. 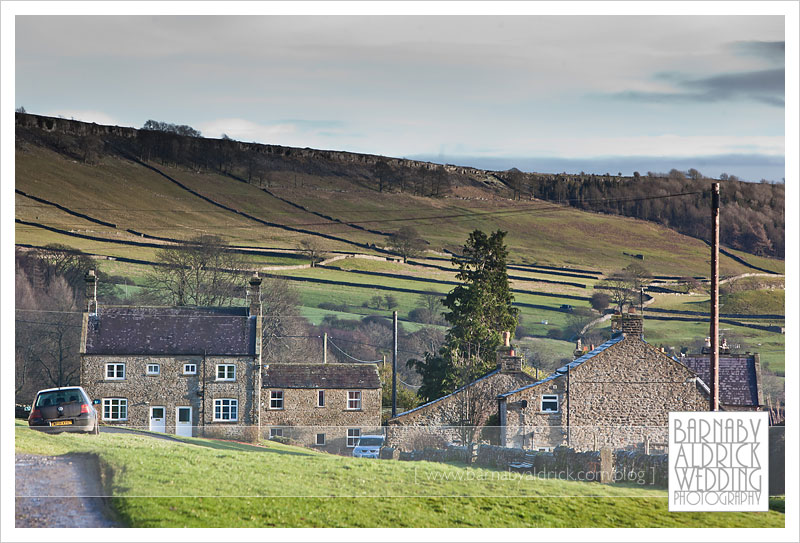 But I finally found myself up in the pretty village adjoining Castle Bolton, not far from Leyburn. 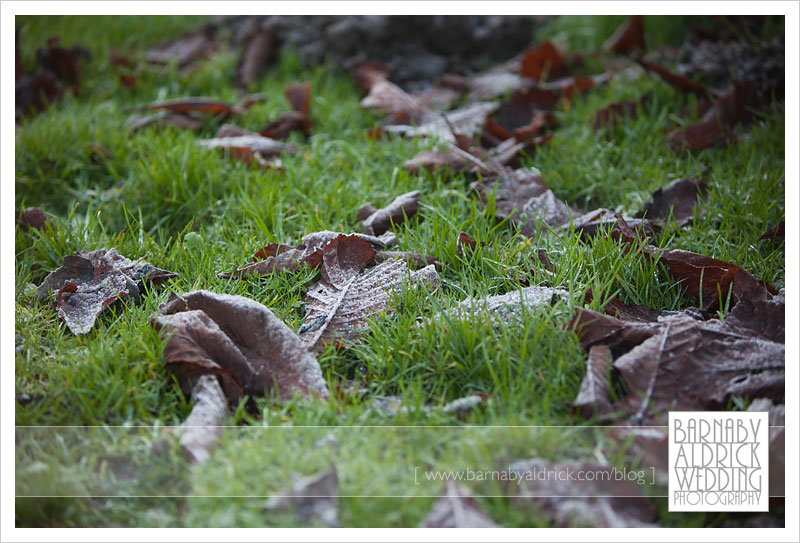 There was frost on the ground… 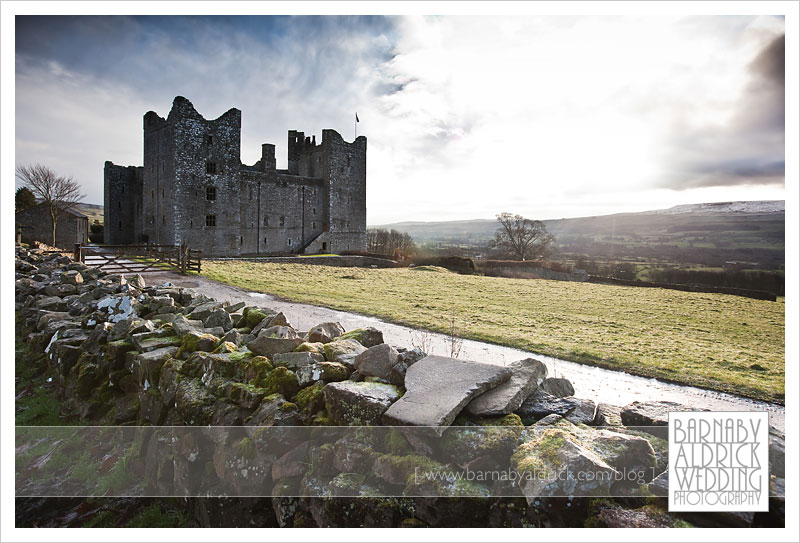 …and the castle looked amazing in the low winter sunshine! 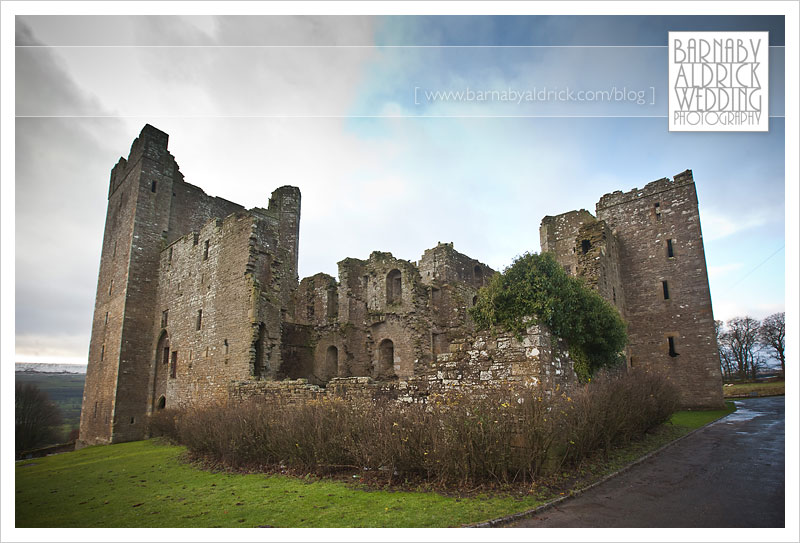 Apparently, Bolton is one of the country’s best preserved medieval castles.

Looks like a bit of a fixer upper to me! 😉

Dating back to 1399, and built by Richard le Scrope, Chancellor of England to Richard II, its scars bear testament to over 600 years of fascinating history including involvement in the Pilgrimage of Grace, Mary Queen of Scots imprisonment and a Civil War siege. The castle has never been sold and remains in the private ownership of Lord Bolton, Sir Richard le Scrope’s direct descendant.  Once a luxurious family home as well as a defensive fortress and, despite being partially ‘slighted’ by Cromwells’ men during the Civil War siege, the Castle is preserved in outstanding condition. 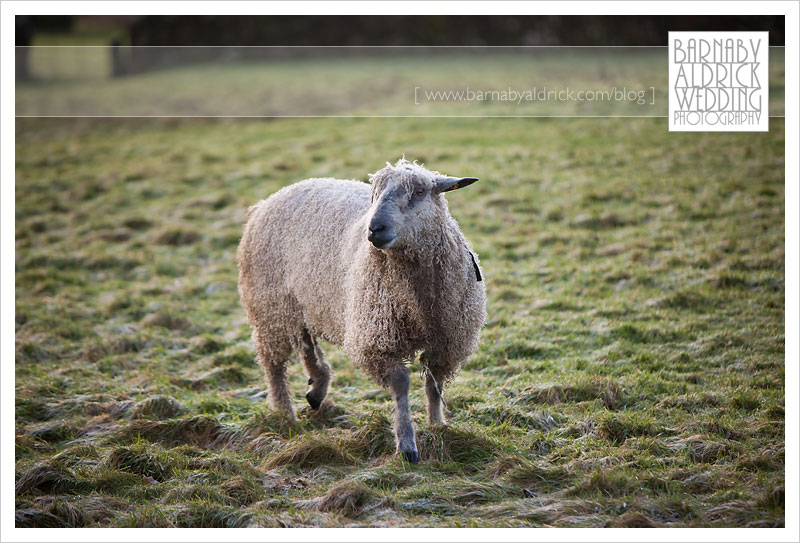 The sheep aren’t particularly friendly though.

I was having a nosey round the surrounding fields to get a few establishers, and this chap trotted right up to me.  Being a clueless city boy, I gave him a stroke.  Then he started to but into me.  Growing progressively more forcefull, eventually chasing me across the field to the gate!

It wasn’t a pretty sight. 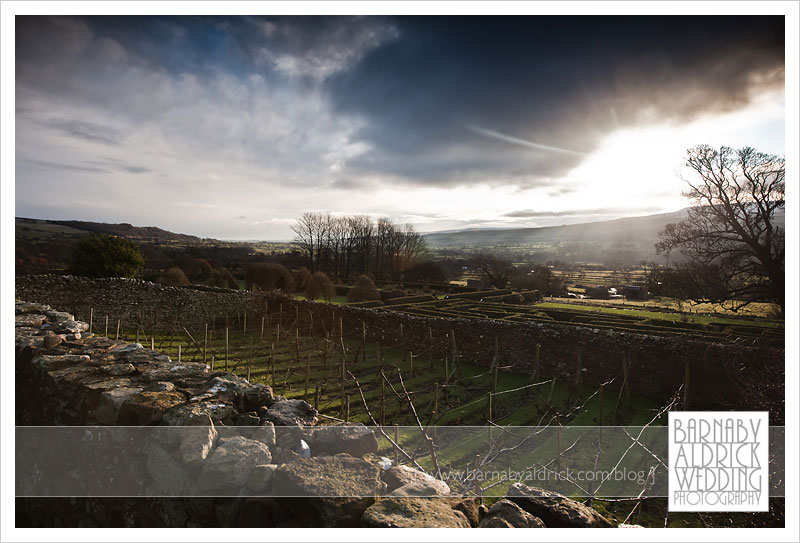 Round the front of the castle are some impressive gardens, vineyards, bee hives and a maze 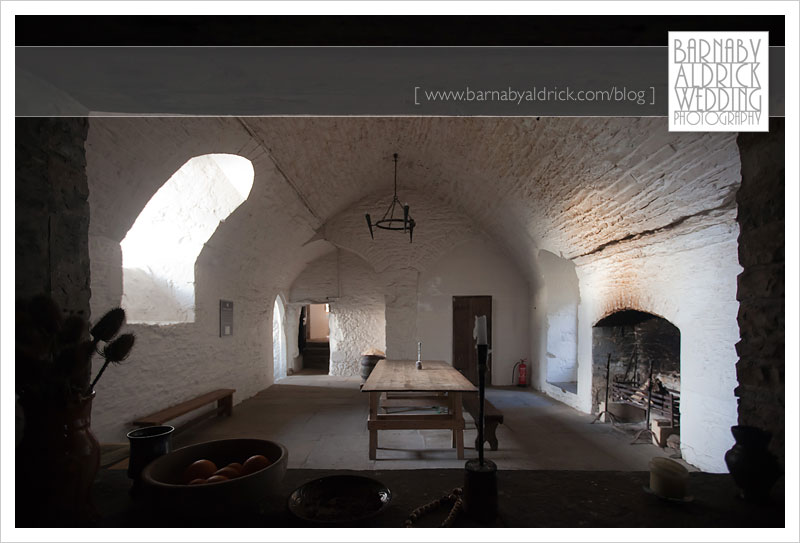 The castle is actually closed to the public during the winter, and they’d opened it especially for is.  It’s not every day you get a castle to yourself.

Sophie & Rob showed me around the interior, which would possibly make for THE BEST EVER game of hide and seek. 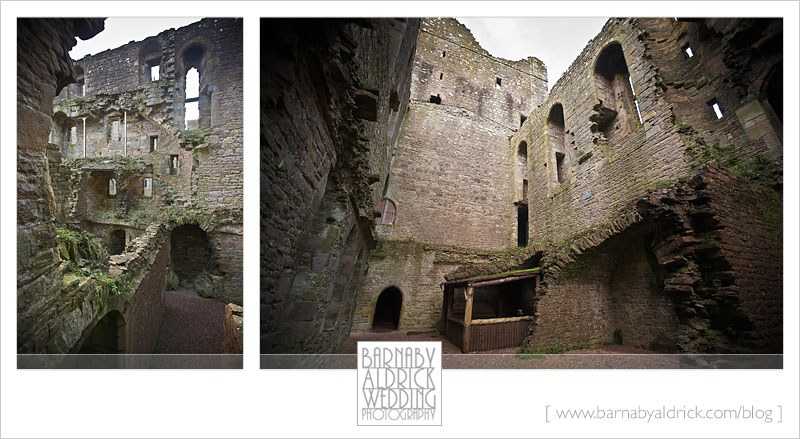 Then we had a nose around the outside 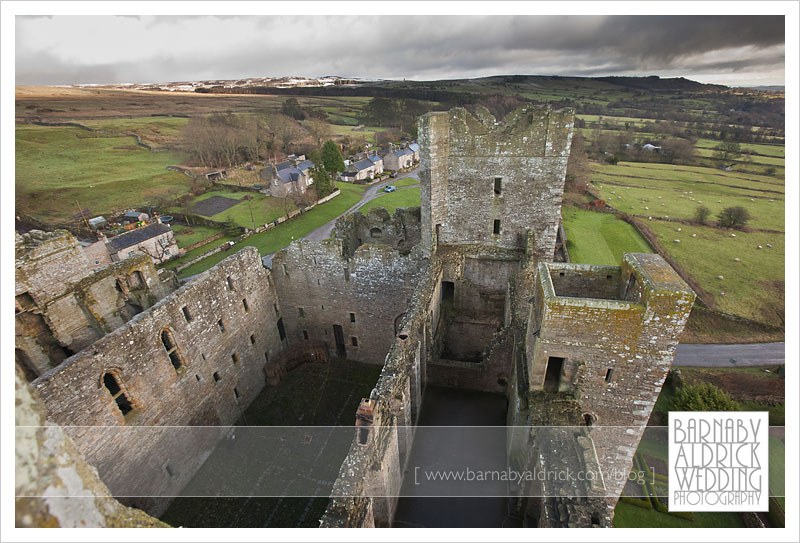 and went up the towers to survey the landscape!  Amazing eh? 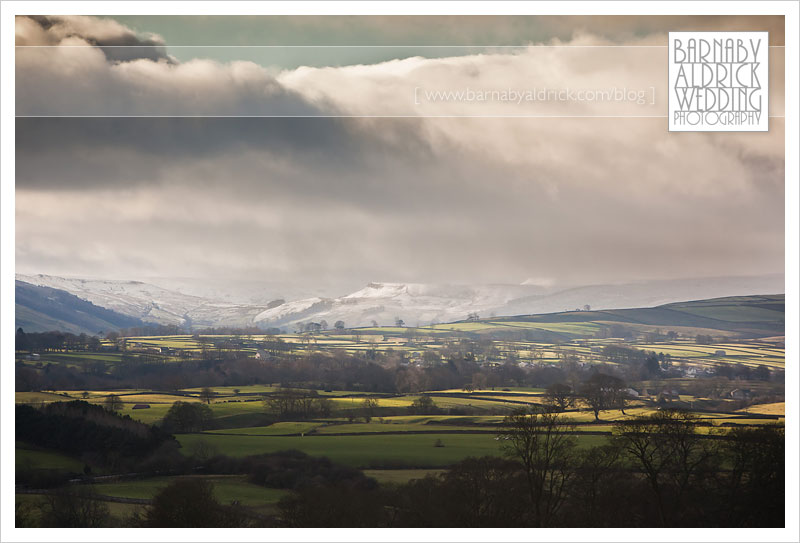 It’s quite the view from the top. 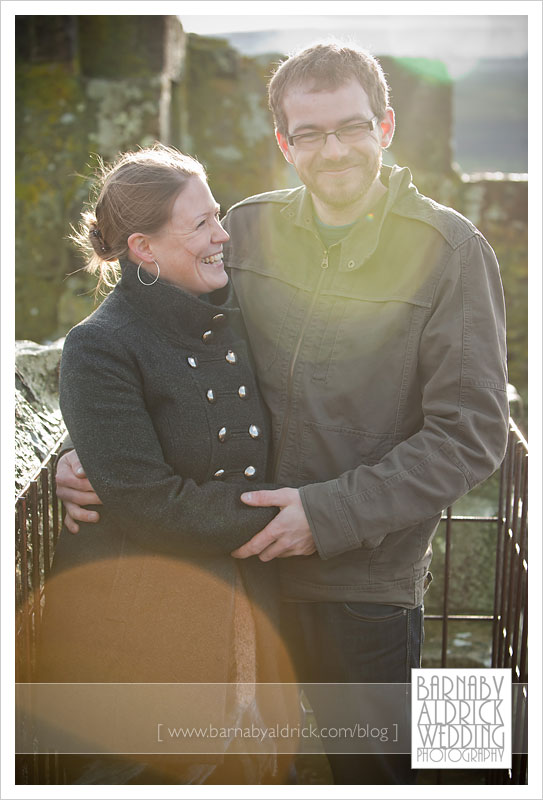 And there we kicked off the practice photoshoot! 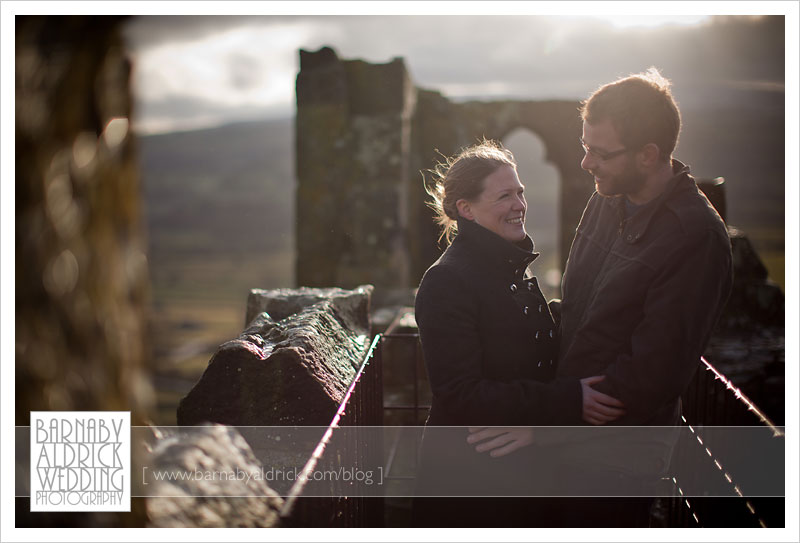 I like to put all my couple through the experience of being photographed before the big day. 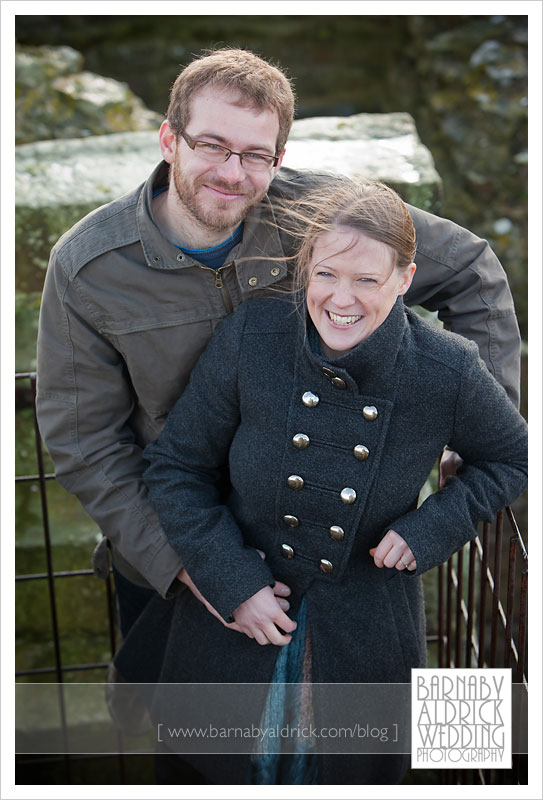 It’s generally not the most natural experience, and it helps them get used to being in front of my lens. 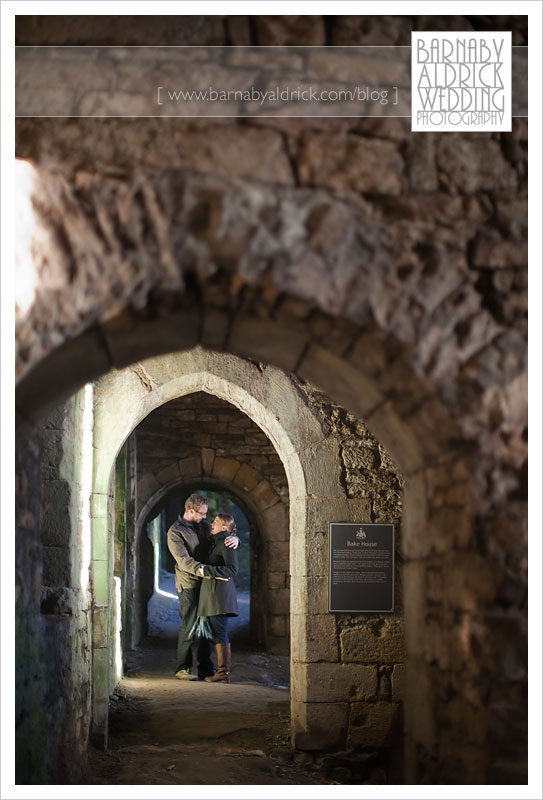 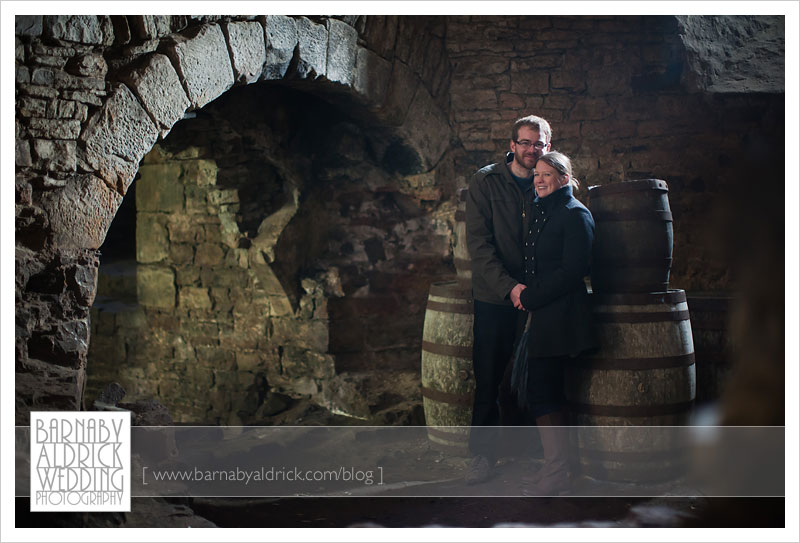 …of which there were loads of fun spots! 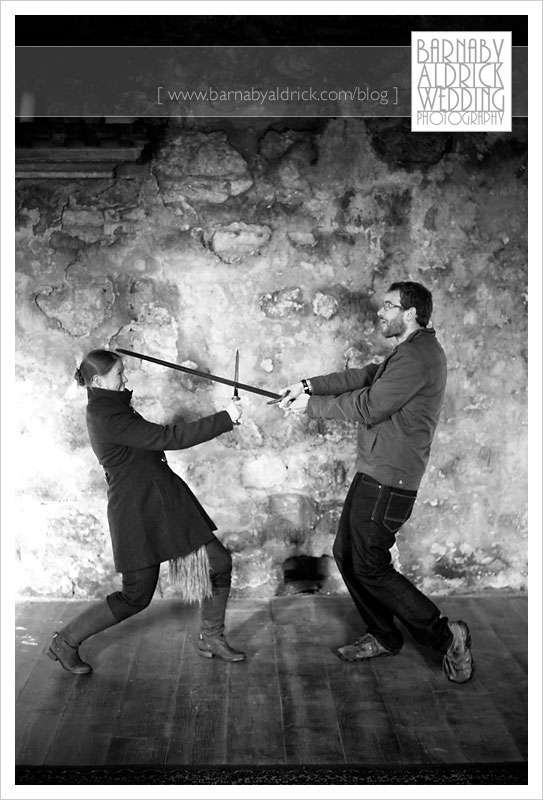 It allows my couples to have a sword fight. 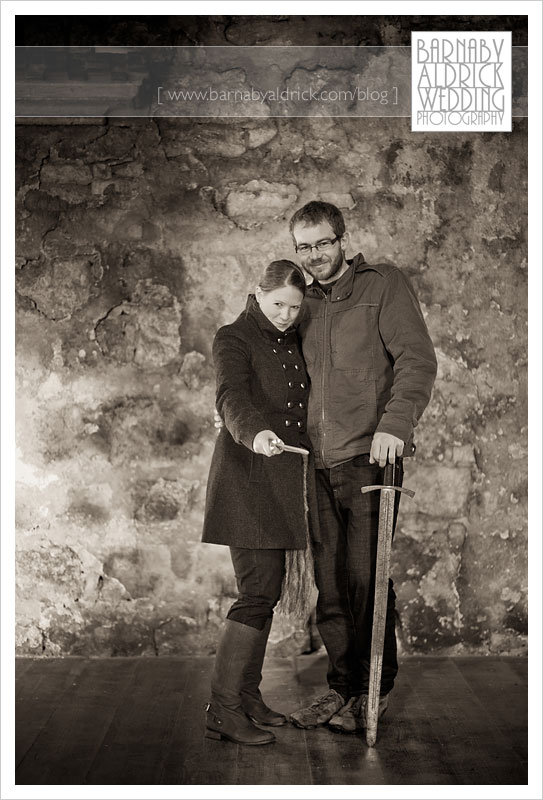 All weddings should have swords and daggers! 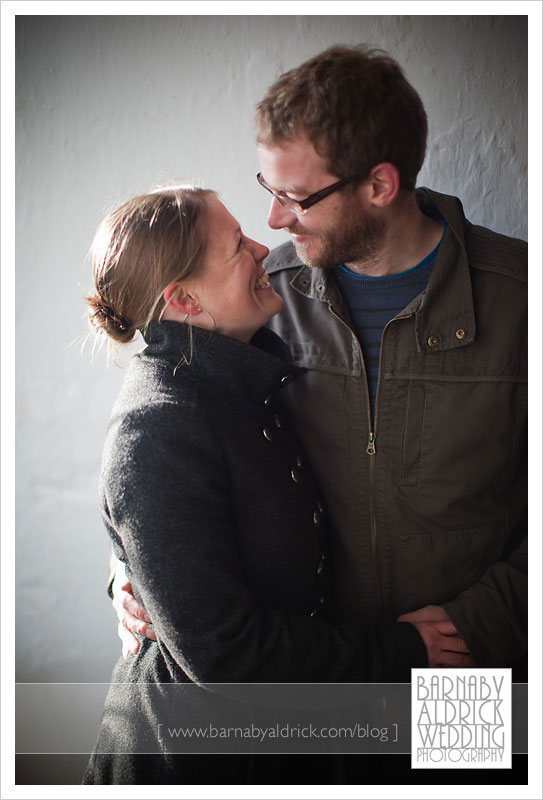 But really it’s about helping my couple feel comfortable in front of the camera. 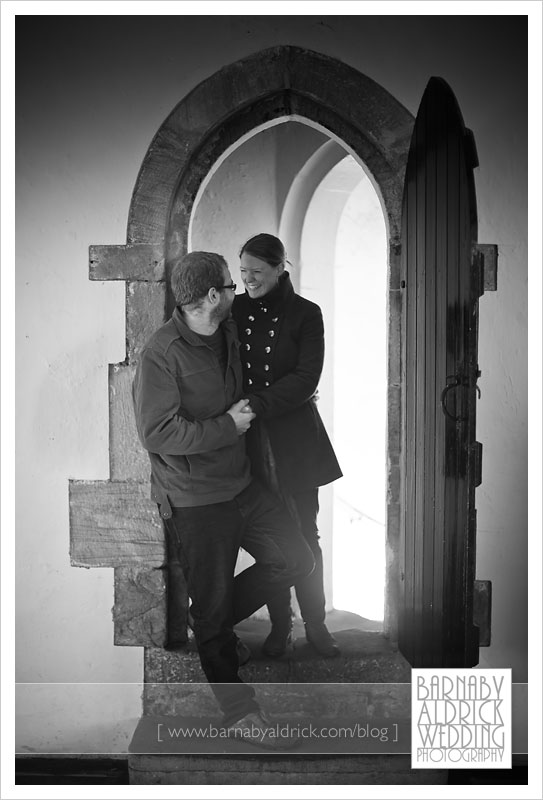 Sophie told me her Dad was a budding photographer, and was always taking photos of the kids.  To the extent that Sophie said she’d turn around and face the wrong way! 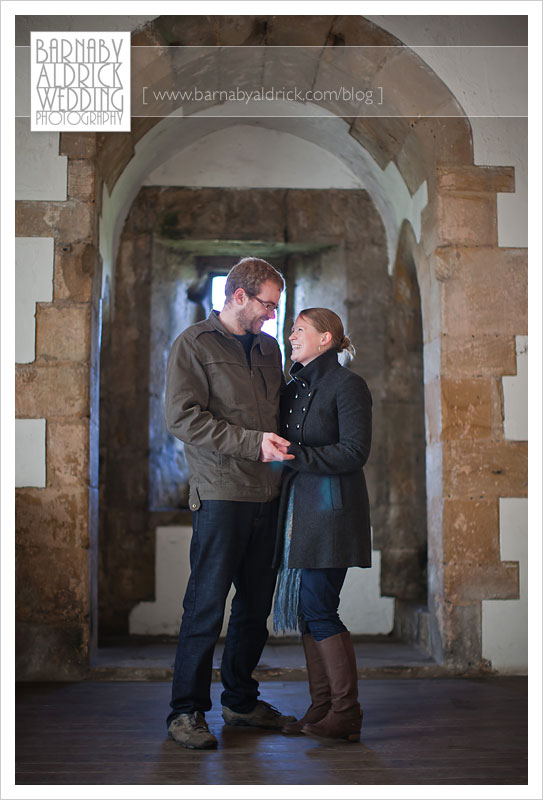 So it’s good showing couples that however awkward it feels, I’m here to capture the fun and love between a couple 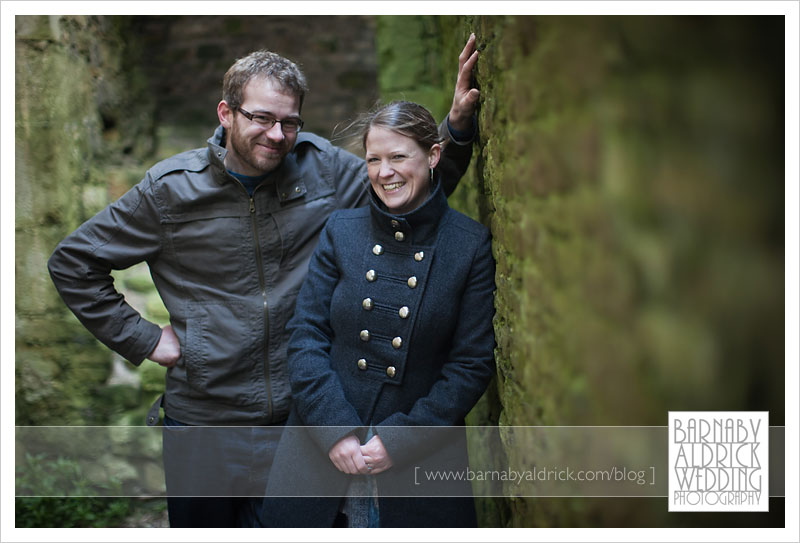 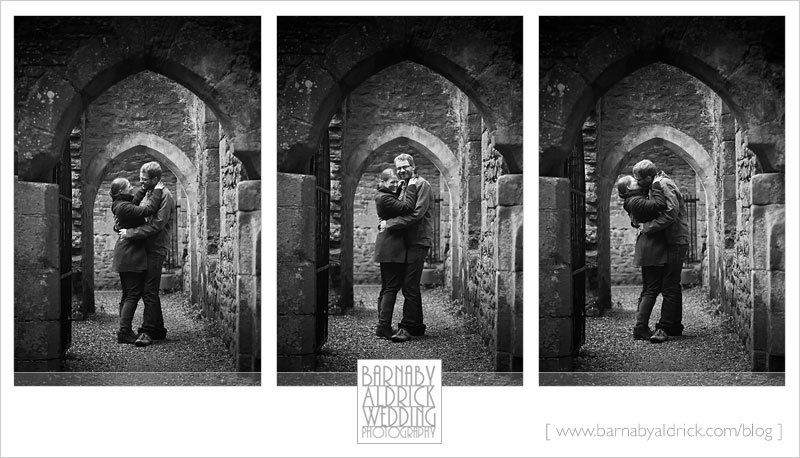 And this little triptych 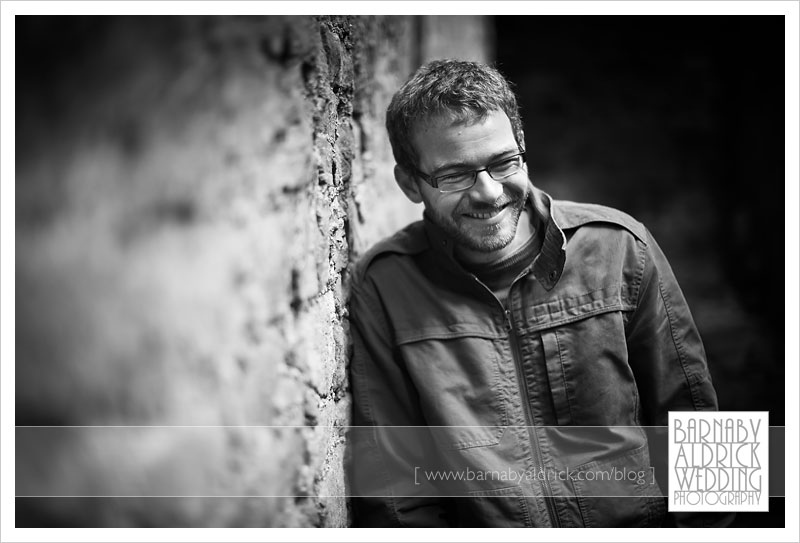 A few solos of Rob… 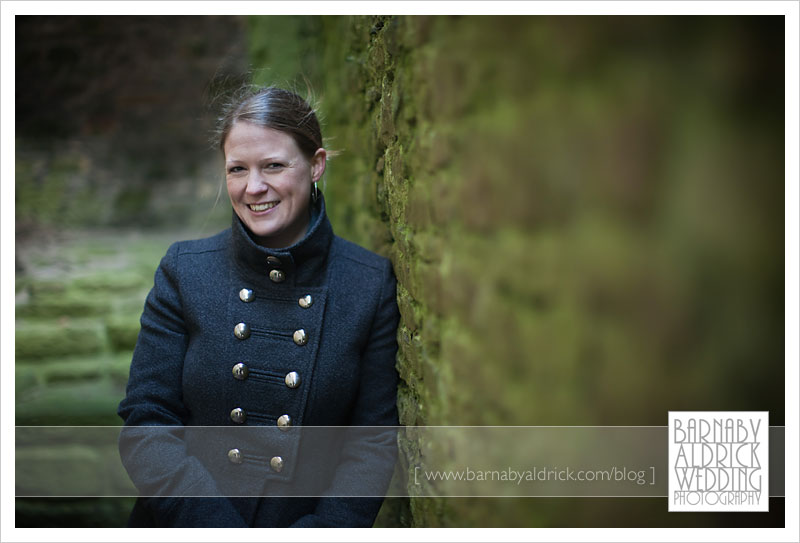 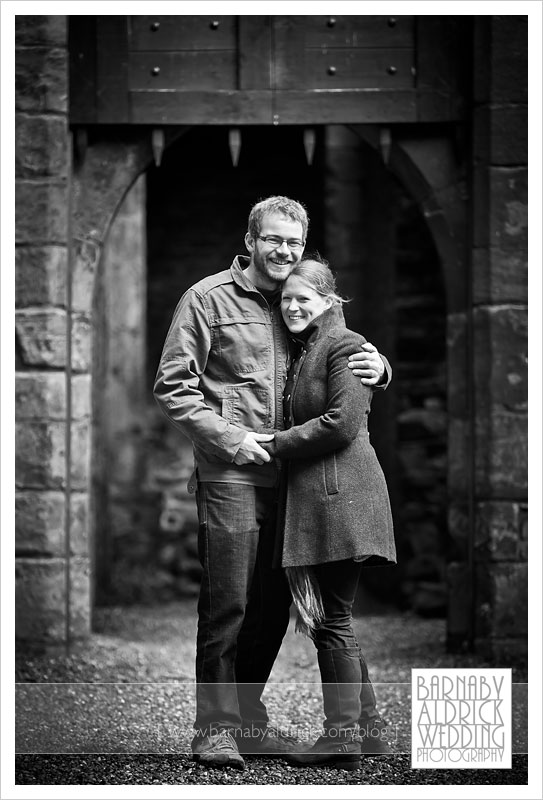 This is probably my fave one from the shoot; really natural, and featuring some ace castly gate action in the background! 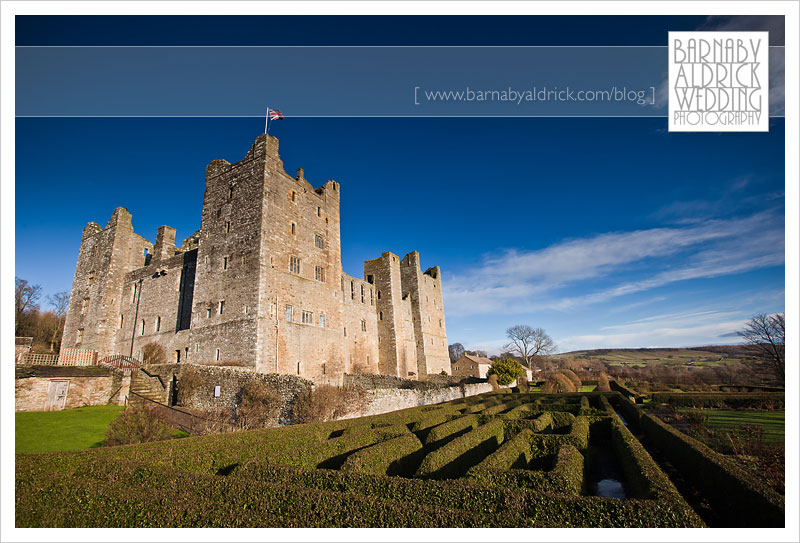 When the shoot had finished, the sun had burnt off the misty chill of the morning, so I headed round the front again for a snap of the Castle looking powerful against the blue skies!

Can’t wait to join these kids there for their wintery wedding!

Watch this space for more…