Some of you may know I host a Leeds band night on the last Sunday of every month called The Sunday Service & last Sunday was our Christmas Special. 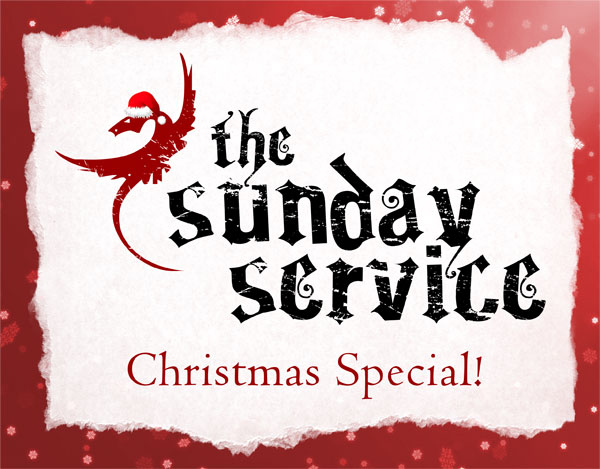 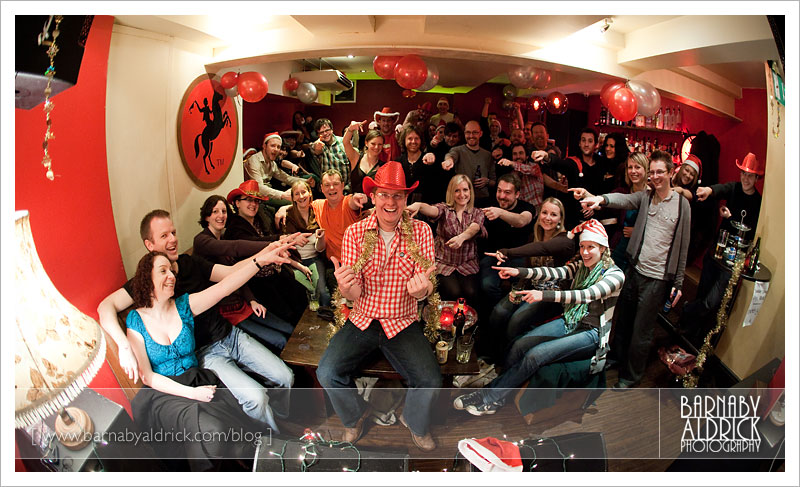 Above is a shot of last years special (full post here), downstairs in the small, but perfectly formed Verve Bar on Merrion St.  NB: I’m not sure why everyone’s pointing at me!   However, the last Sunday of this month is in fact Boxing day, and not an ideal night for a Christmas special!  Opting for the 19th Verve was sadly booked for another band night, but as luck would have it, the team behind Verve & Reform (my pals Mel & Phil) just opened an ace new bar in the heart of Leeds’ trendy drinking epicentre, Call Lane… 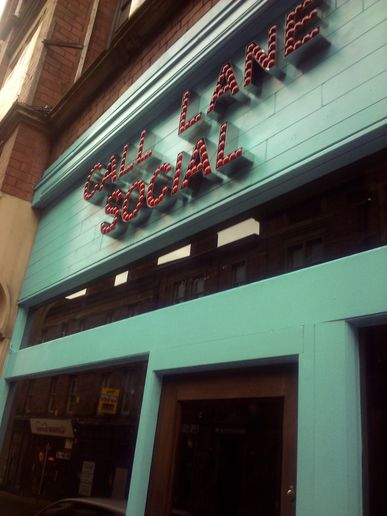 As it happens, my girlfriend Clare was gonna have her bday in the upstairs room back in October, but it sadly wasn’t anywhere near ready so we had our fancy dress party at Lazy Lounge (fancy dress pics here!).  In fact, the finishing touches were literally being added to the room the night before our Xmas special!

There’s nothing like sailing close to the wind eh? 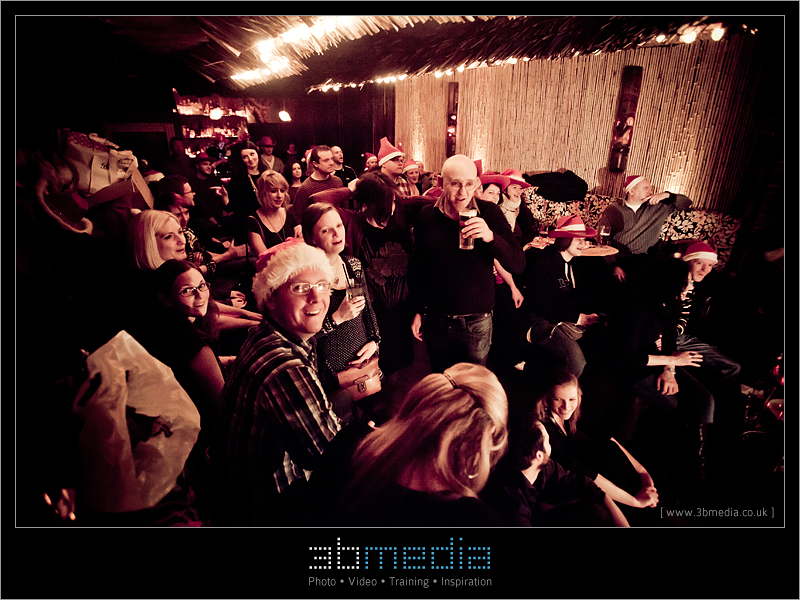 And here it is!  The first ever gig night at Call Lane Social’s Hawiian-themed upstairs Tiki bar. 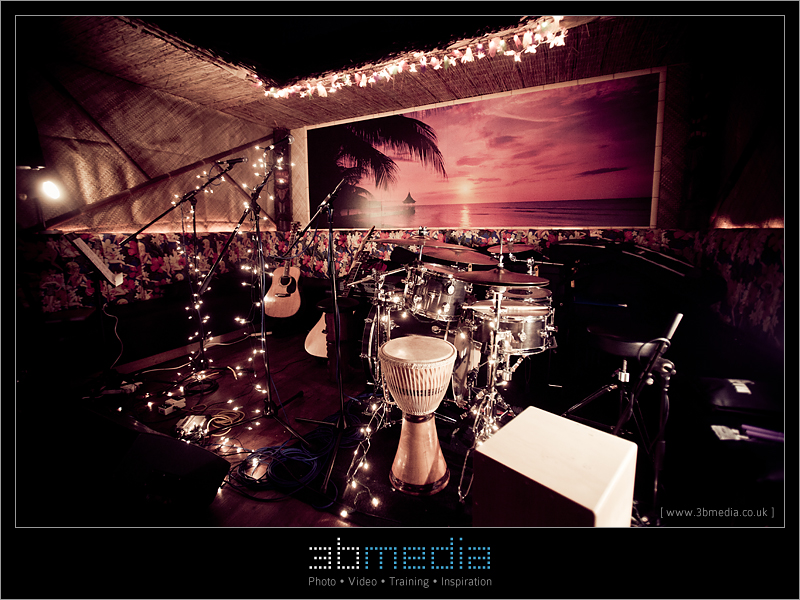 Our gear & festive lighting all set up on the Tiki Stage!

By the way, I took the night off from snapping and fellow 3B Media mogul Phil Barber stepped in to document.  Big up P Daddy! 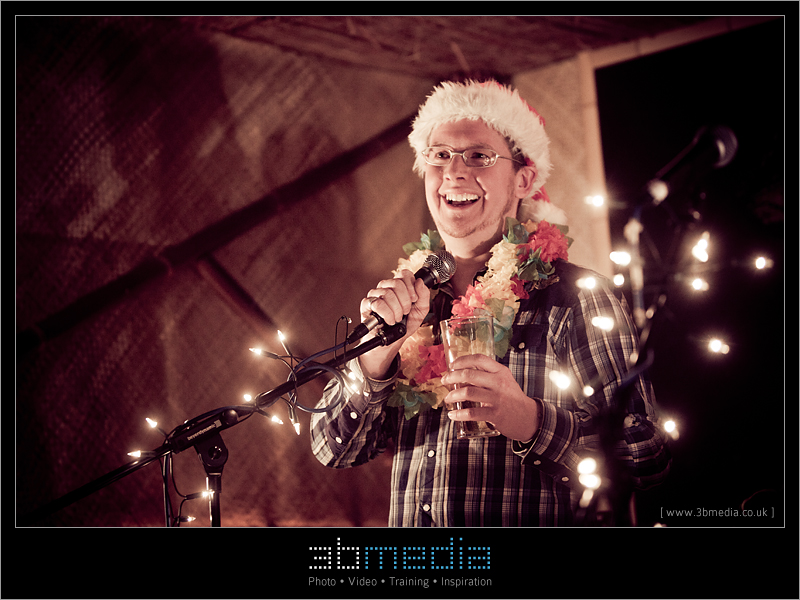 Here’s me givin it MC.

Nothing that makes you think of Christmas like a Hula-themed bar & a floral lei necklace, eh? 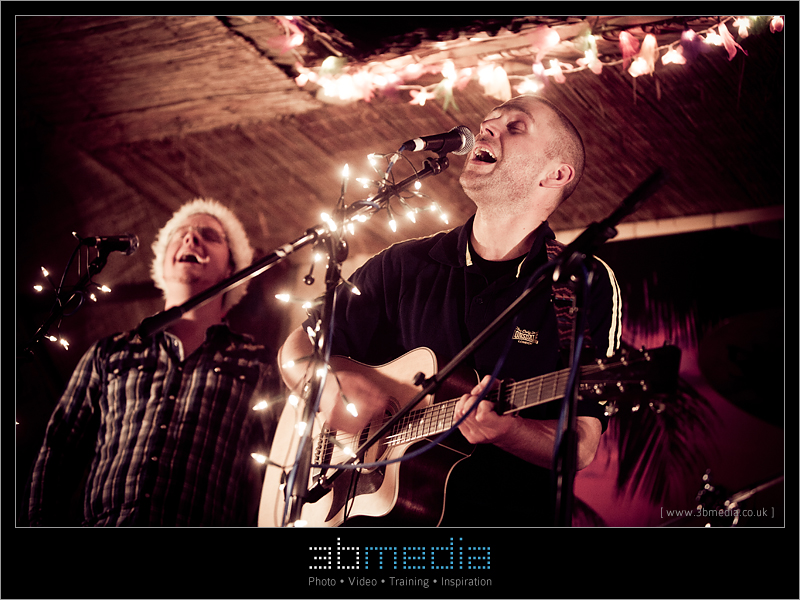 I occasionally harmonize on my pal Dave Pilla’s amazing music (check out his myspace here) and we’d practiced a few together as well as rustle up a rocking cover of Shakey’s “Merry Christmas, Everyone”.  It’s law to do an Xmas Cover at the SS Christmas Special! 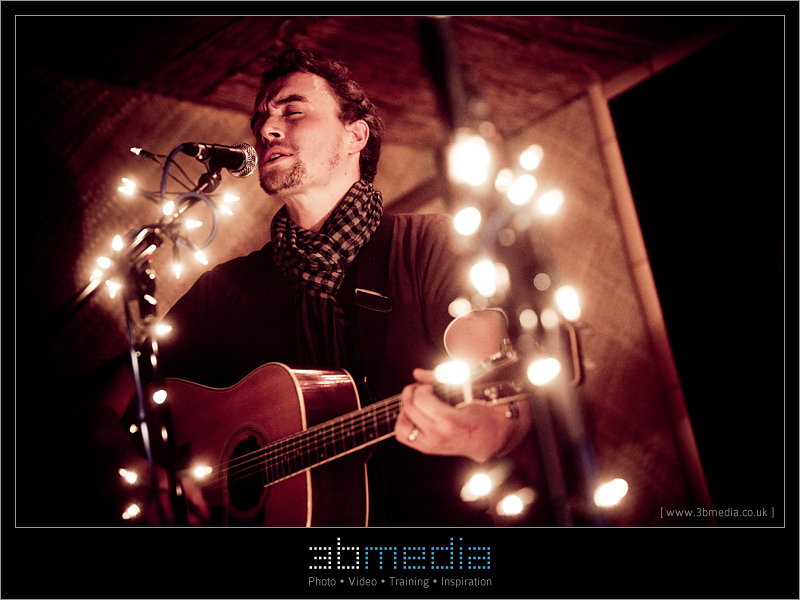 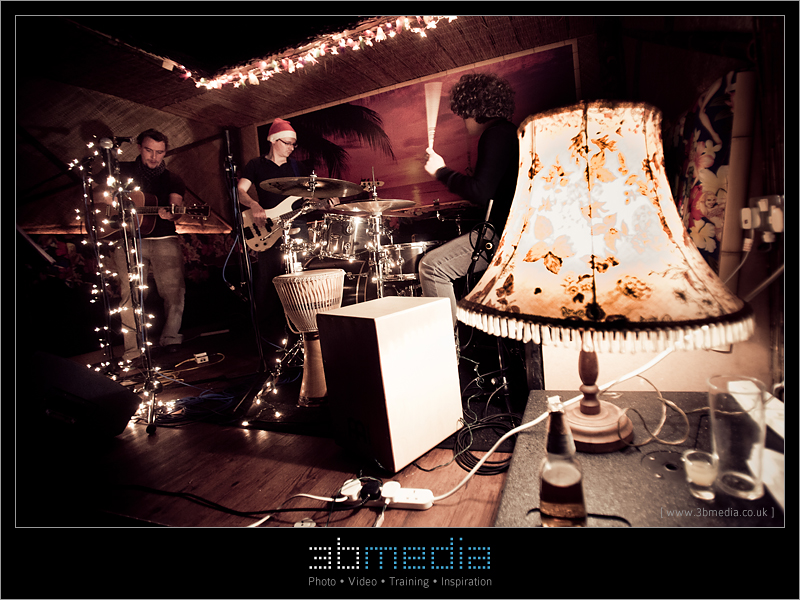 There’s the old Sunday Service lamp representing.  It’s been to every gig in 4 years! 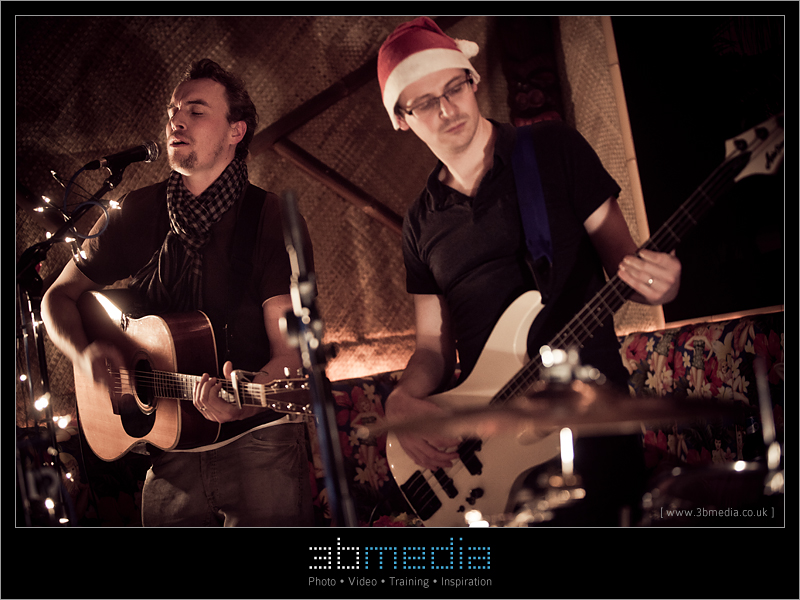 After an amazing set (& a Spice Girls Xmas Number One!), Gav’s bandmate Dan Norton – bass-machine & the male half of leeds band Man&Wife – stepped up to the plate to conduct a bit of carolling!

After various messy attempts at 3 part harmonising to traditional carols, he room into men on one side & women on the other & we essentially shouted the male & female parts of Shane MacGowan Kirsty MacColl – Fairytale of New York at one another!

As per usual, after a great Christmas Special gig, I feel super festive and positively exude good will to all, so that leaves me to say…