Tonight Clare & I are off to see the Aussie alt rockers Temper Trap play at the Leeds o2 academy tonight.  I think they’re seriously good, and have really hit the big time this past year.  They really stood out when I first heard them rocking the Leeds Festival last year… 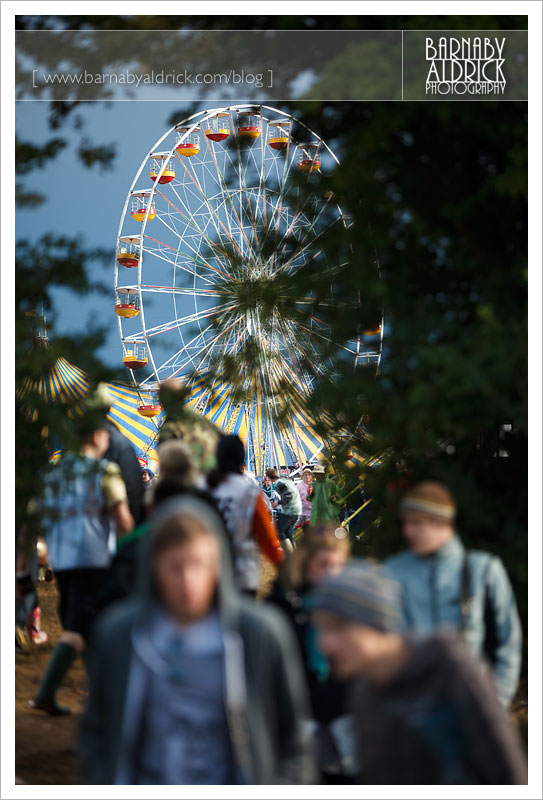 One perk of shooting for The Leeds Guide is the free all-access Leeds Festival press pass each year.  I love photographing music, and do so alot around Leeds, but there really is nothing like shooting the first 3 songs of about 50 bands over a weekend on (and here’s the most important thing) massive LIT stages! 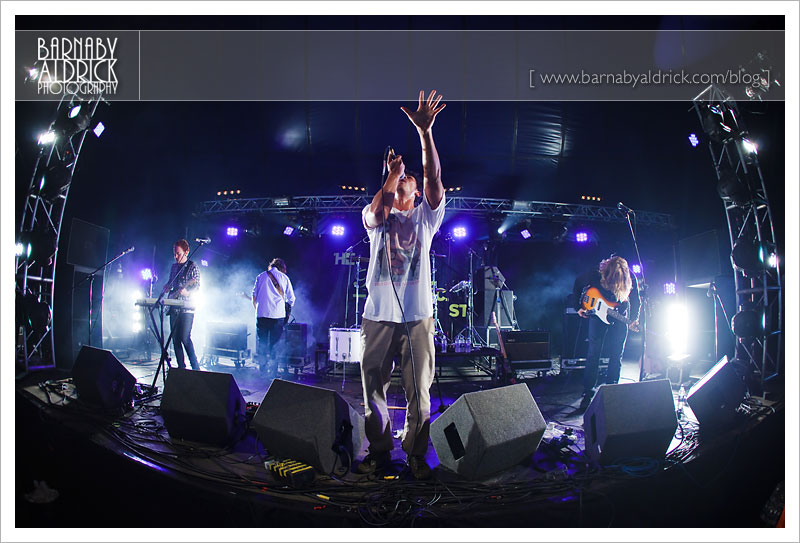 There were only rumblings of the Temper Trap’s potential at this stage, and I’d circled them on the list as one of Zane Lowe’s not-to-miss acts. 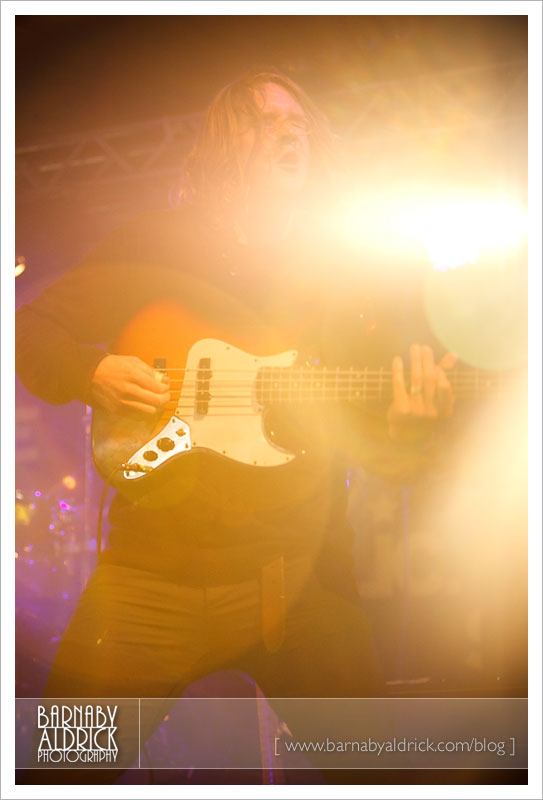 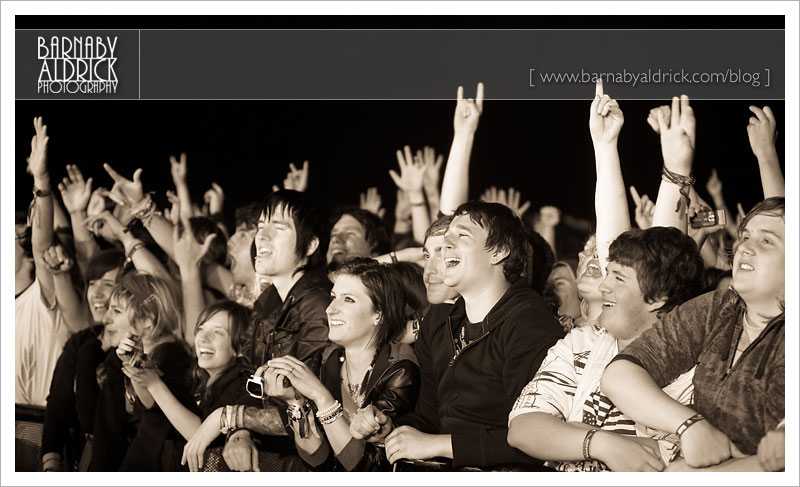 The crowd seemed to enjoy themselves. 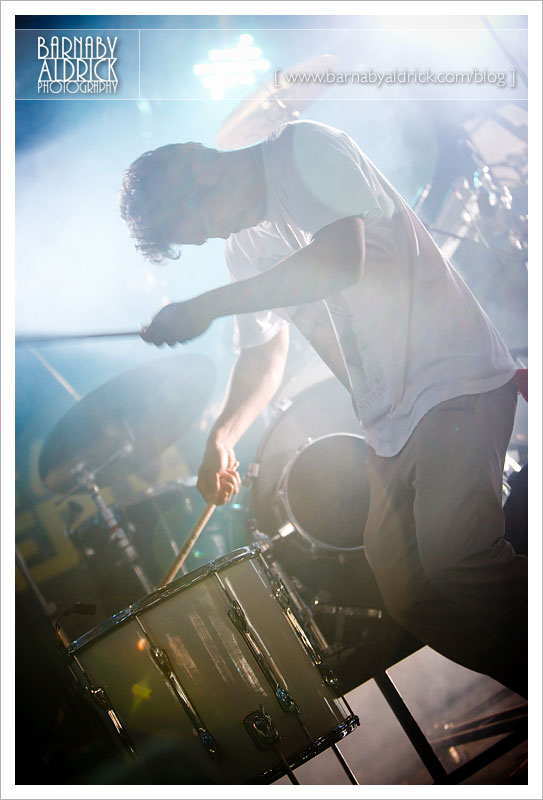 As did the singer, Dougy Mandagi, who when not working the delay, likes to thrash a Tom 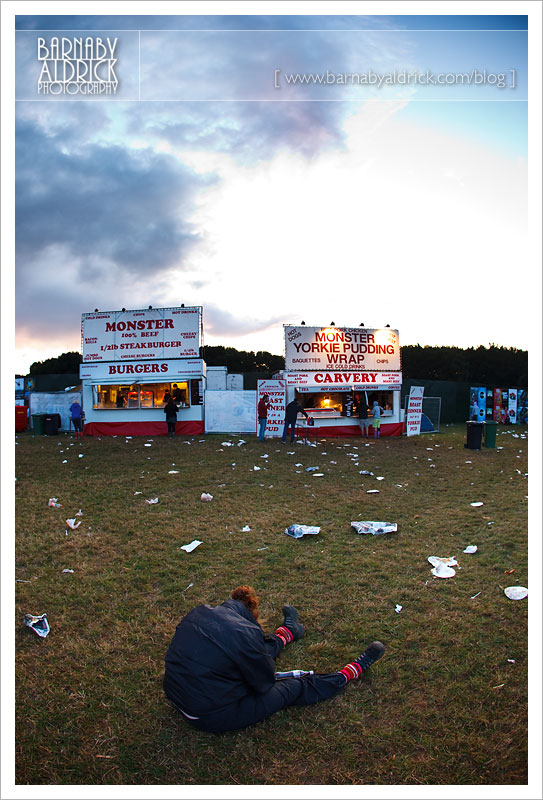 Later I spotted this early casualty of war.  If you ain’t prepared, those monster Yorkie pudding wraps’ll get ya. 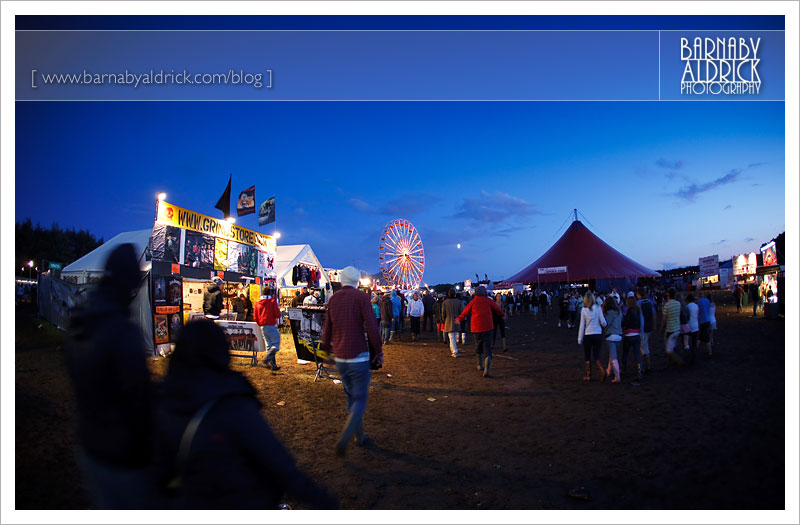 How to photograph gigs with a compact camera// Take That Live
James Vincent McMorrow & Lindi Ortega // Live at the Leeds City Varieties
Party In The Park
Arrested Development // Live at The Wardrobe, Leeds
X