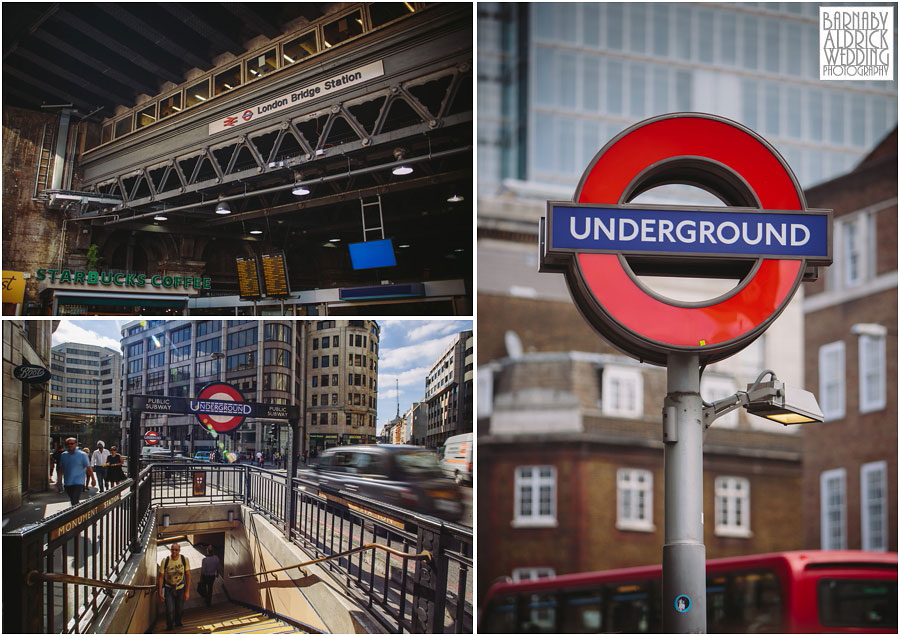 A few weeks back Clare & I headed to London to join an old uni pal of mine, Beccy & her fiancé Rob for their pre-wedding shoot around London Bridge! 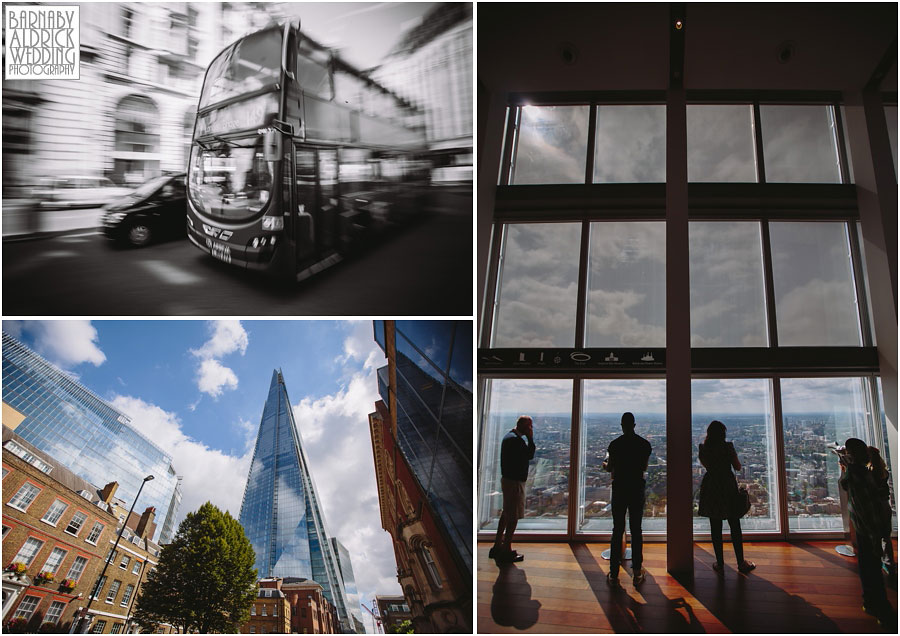 Before meeting them in foodie heaven at Borough Market, we decided to set the scene by going up the shard for an elevated view of the big smoke! 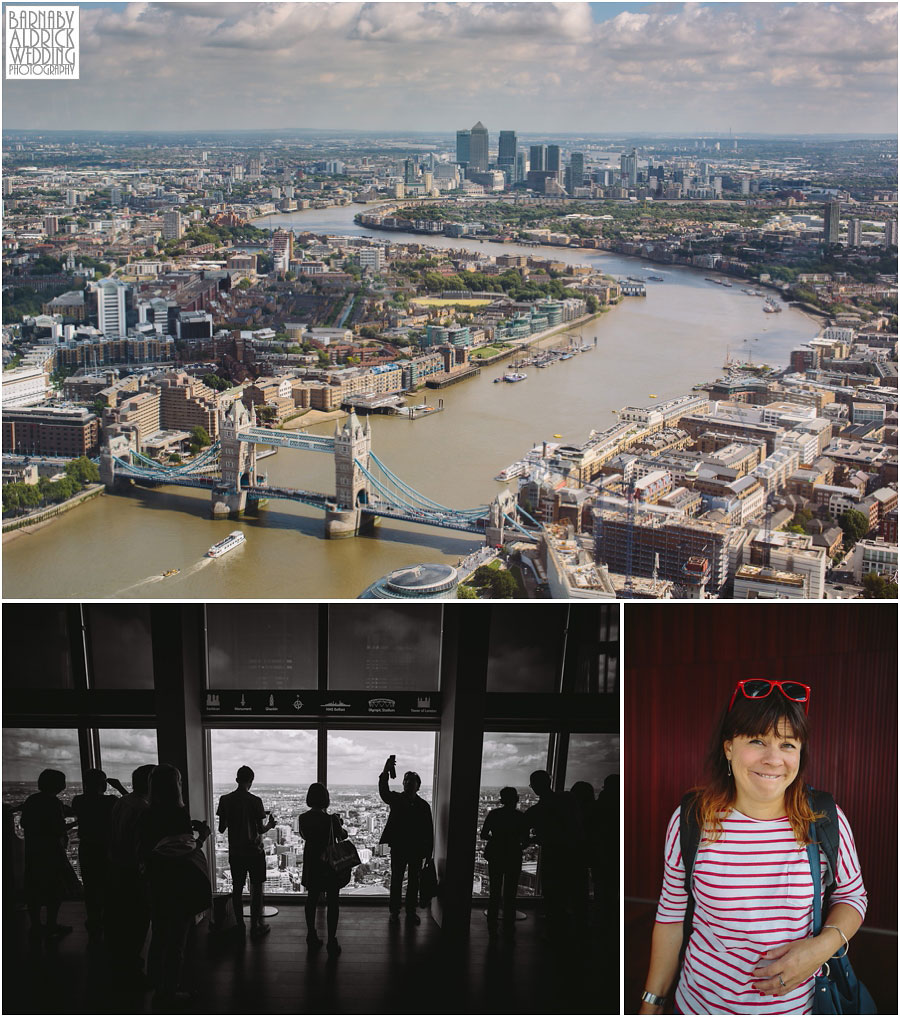 Not bad at all eh!  Though Clare is kinda terrified of heights! 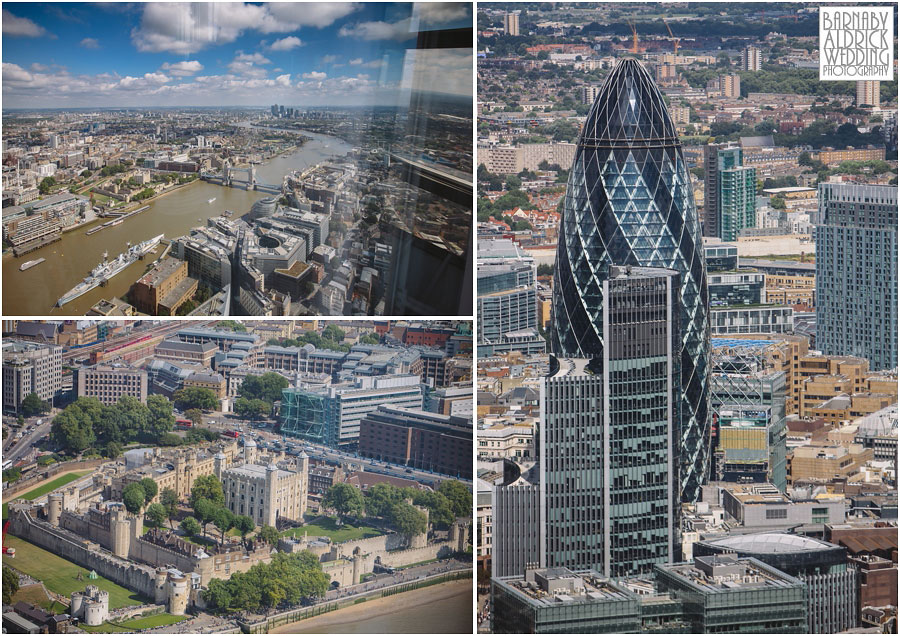 The Tower of London & Gherkin 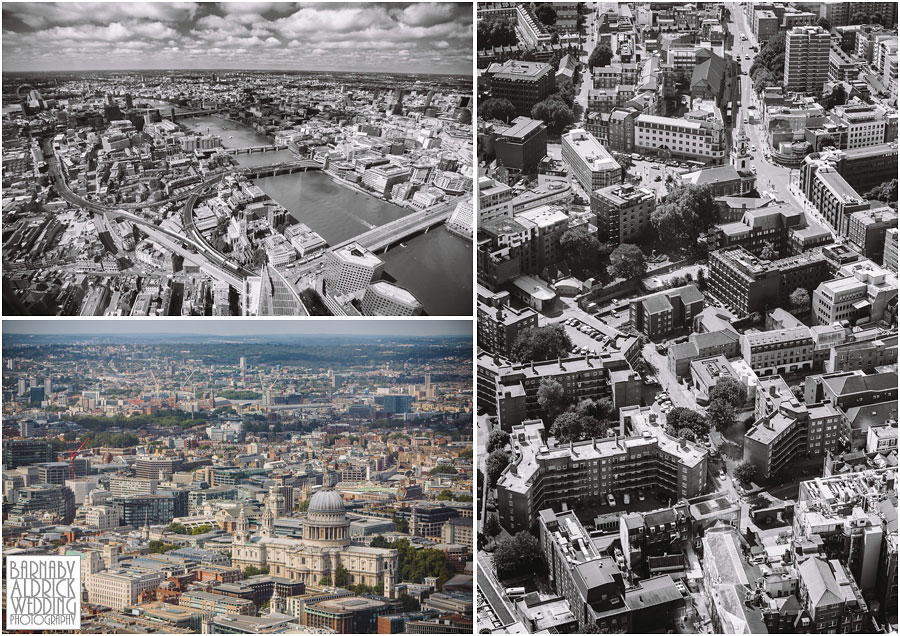 St Pauls and London flats, and battersea powerstation in the distance. 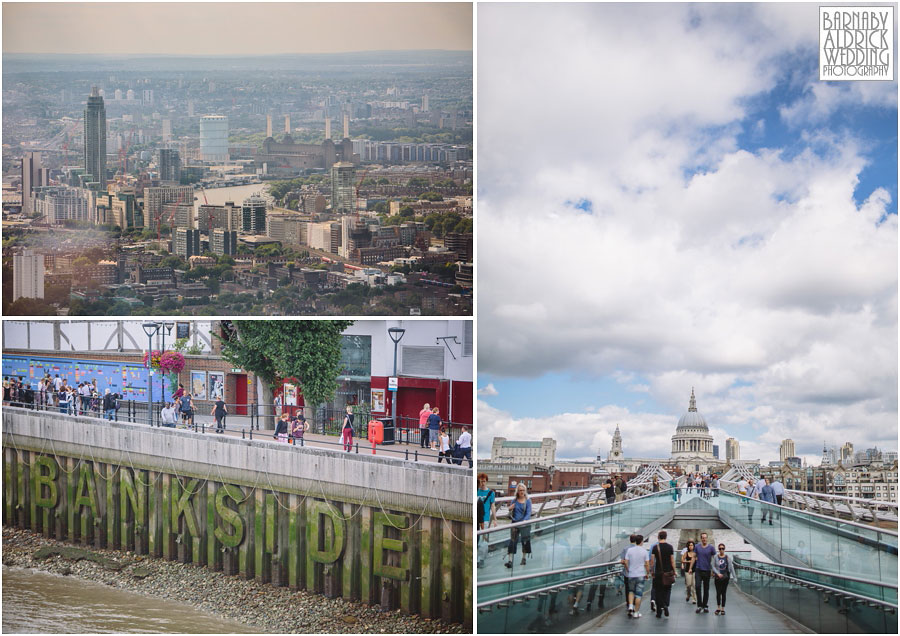 The reason Beccy & Rob wanted to do their pics round the Bankside area was because they used to live here, and it’s a spot close to their hearts. 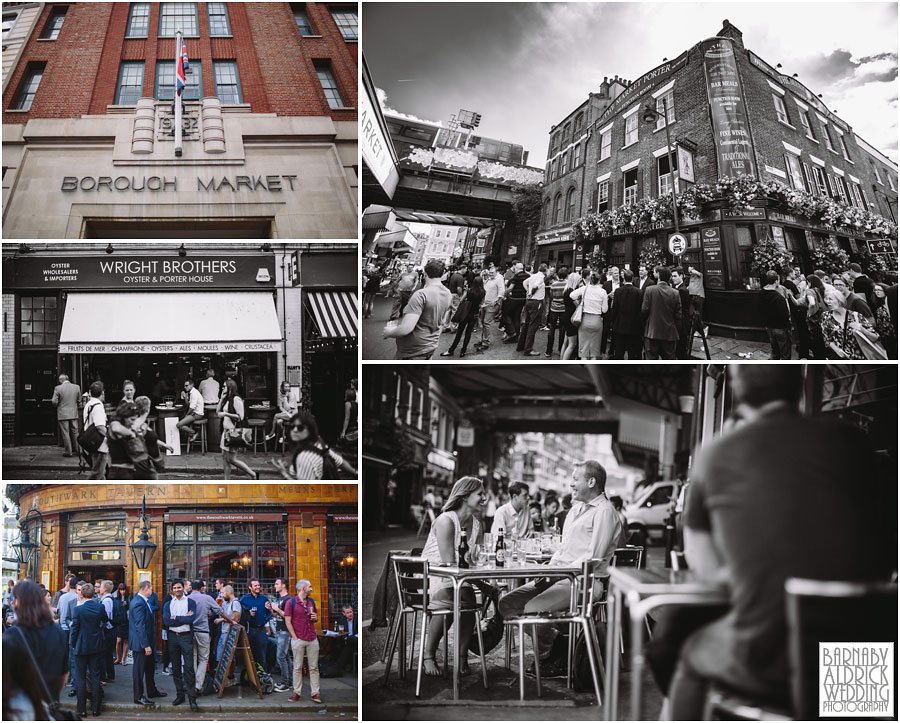 So after catching up over the big day plans over a few beers and glasses of wine, we headed out for the practice shoot! 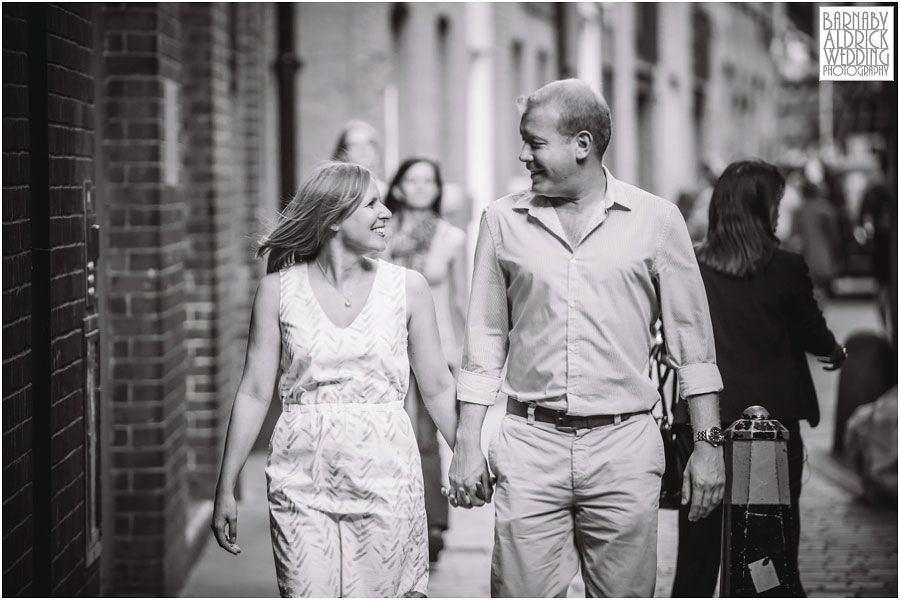 I put all my couples through a round of relaxed portraits before the big day to show them they’ll look great, and to teach them what I’m looking for from them. 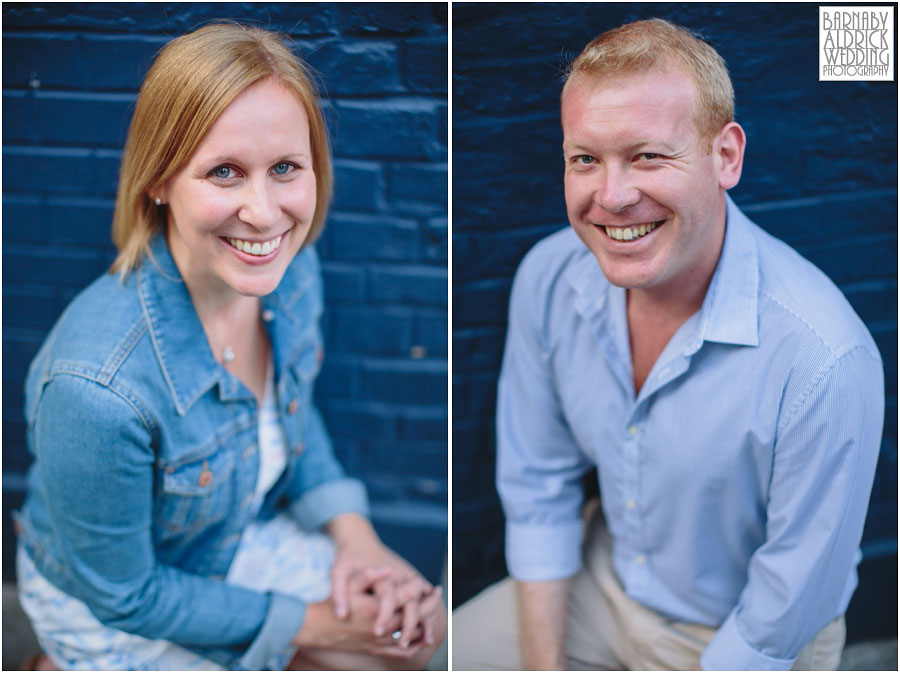 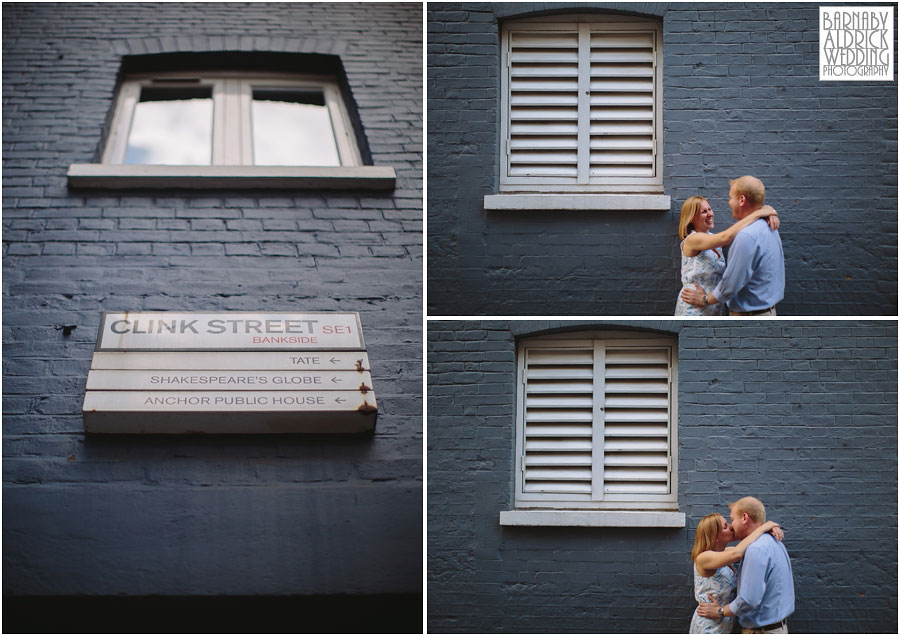 Clink Street has an ancient London jail, which may be why a nickname for prison  is ‘The Clink’! 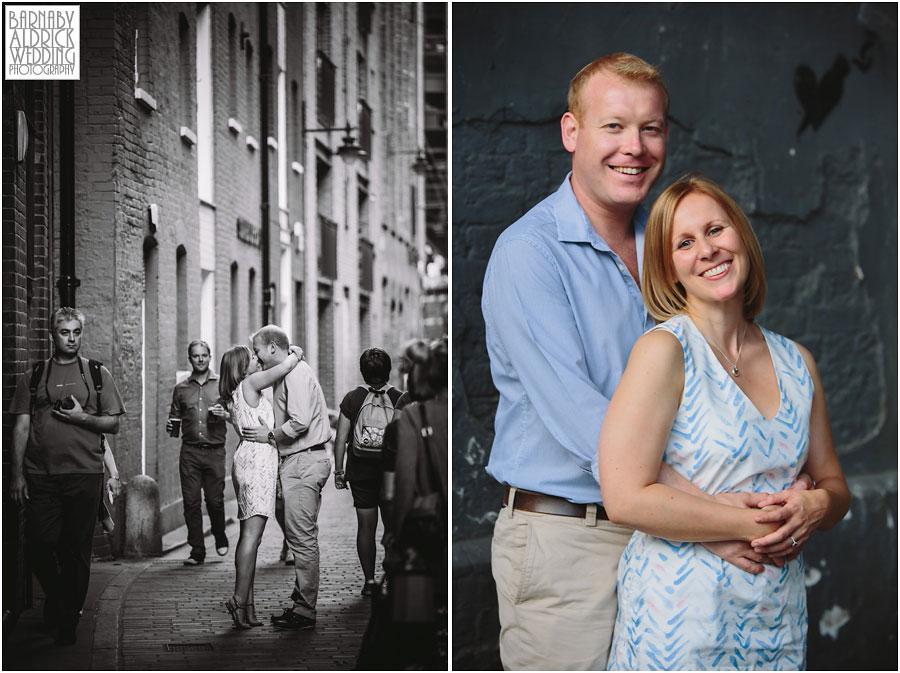 It takes a bit more bottle from the couple, but it’s also fun shooting kisses and cuddles in busy crowded locations, such as central Leeds or York.

London’s so full of tourists taking photos that it’s easy to get away capturing people walking by. 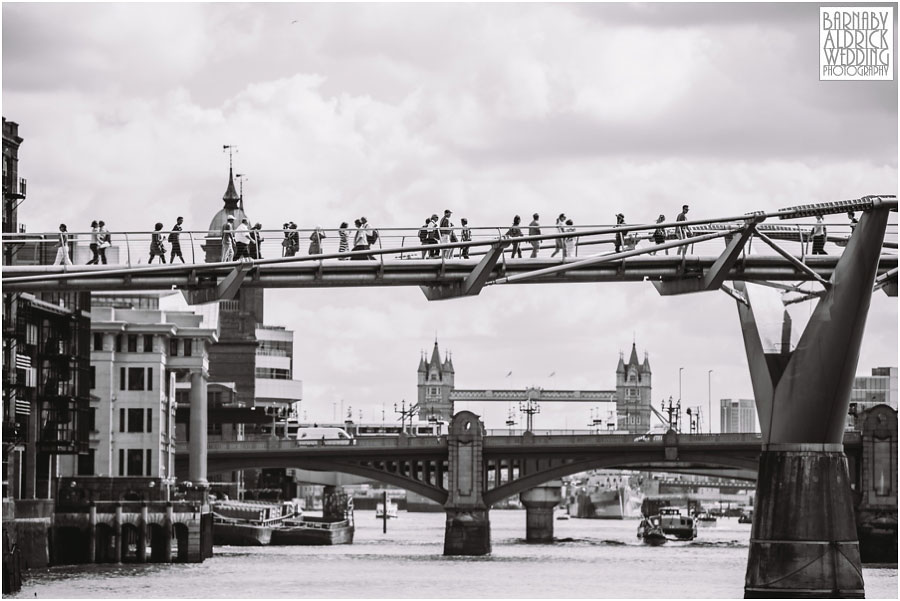 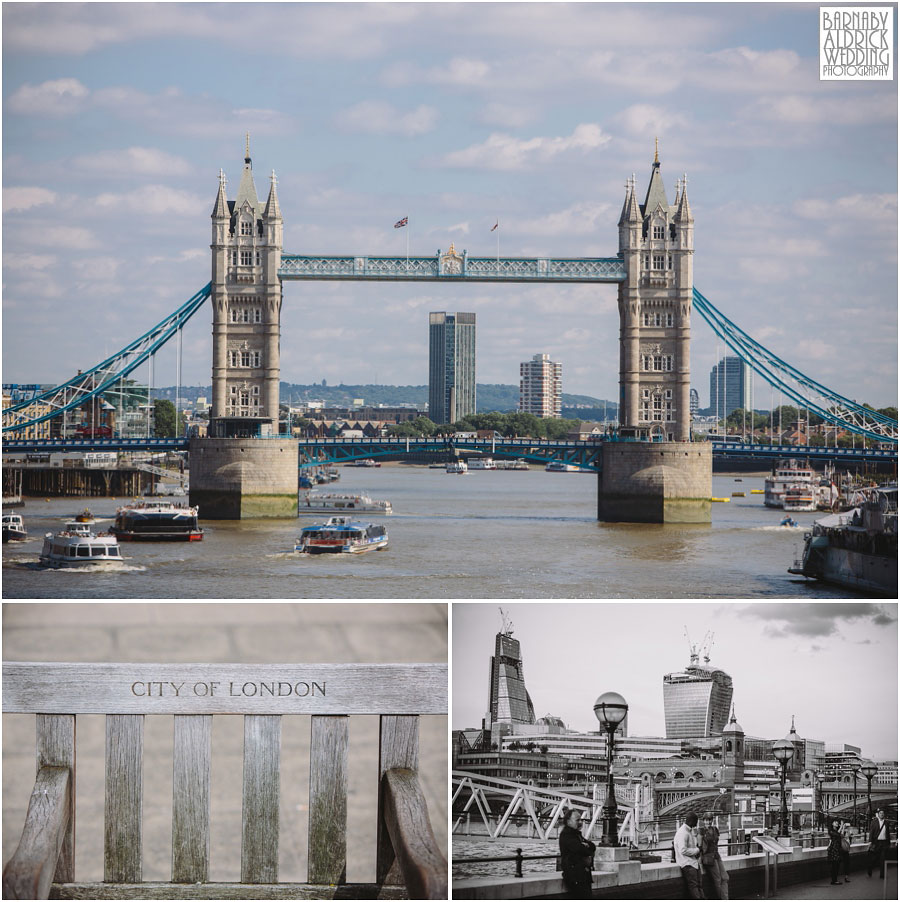 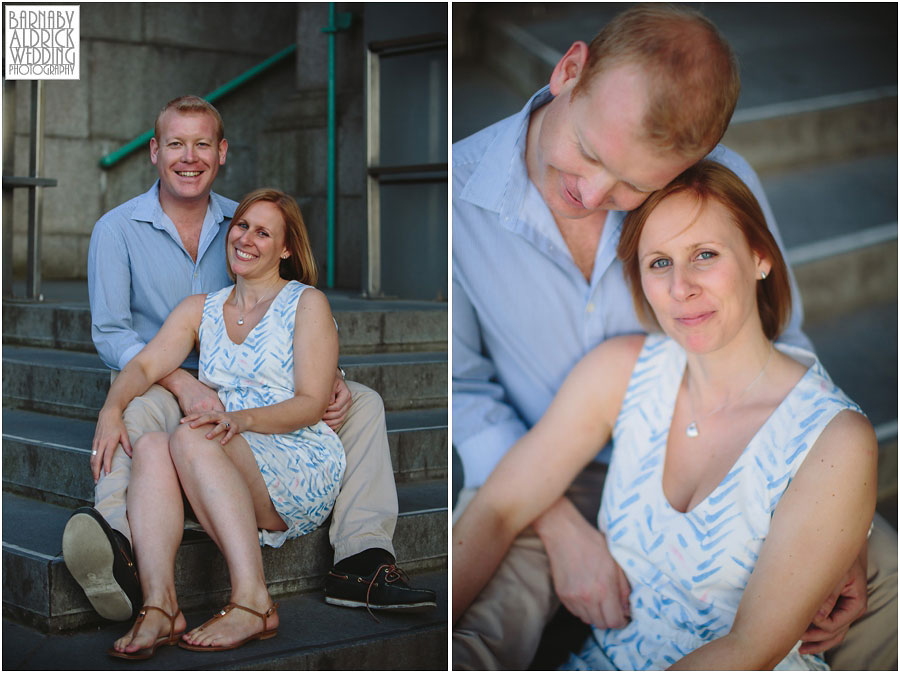 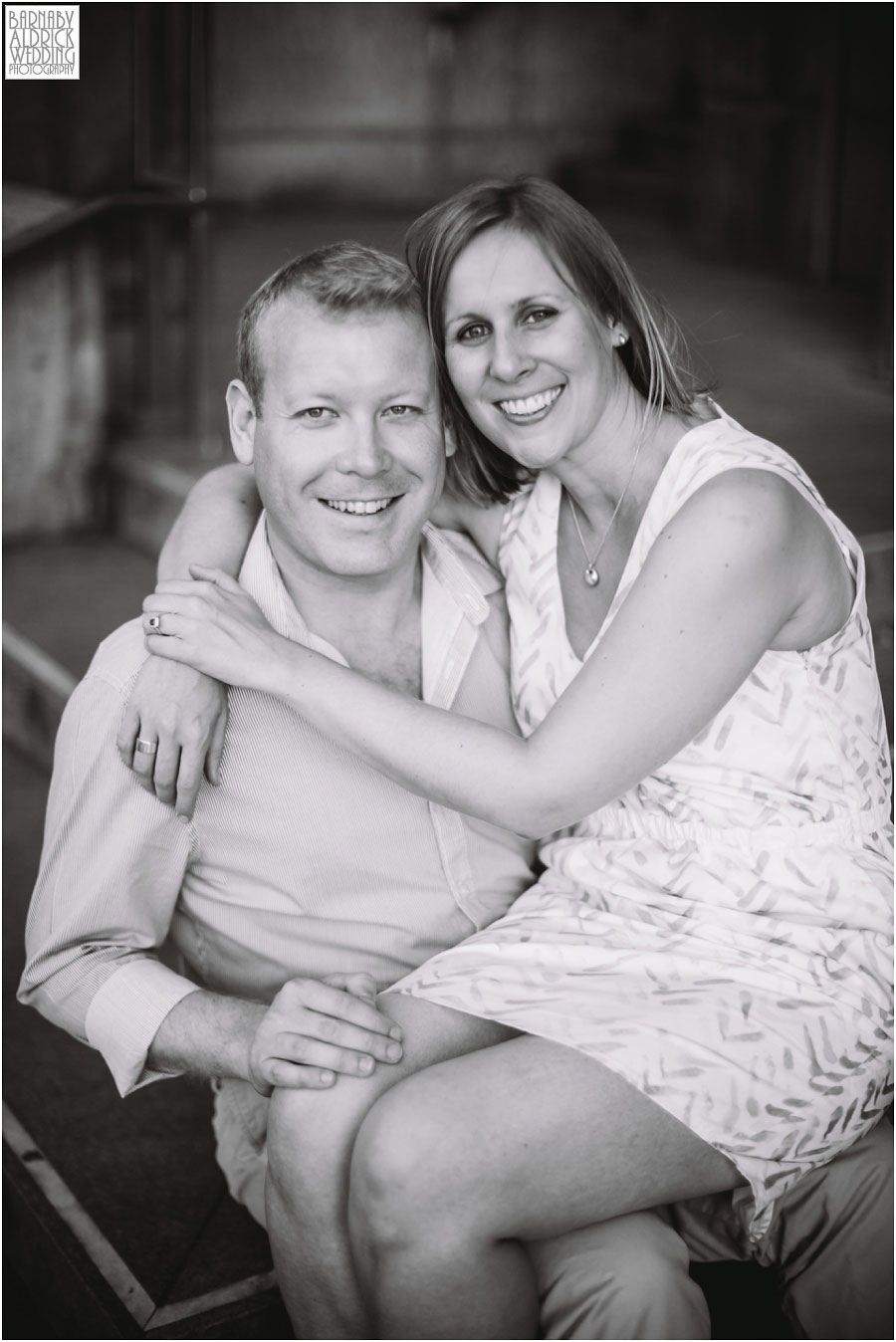 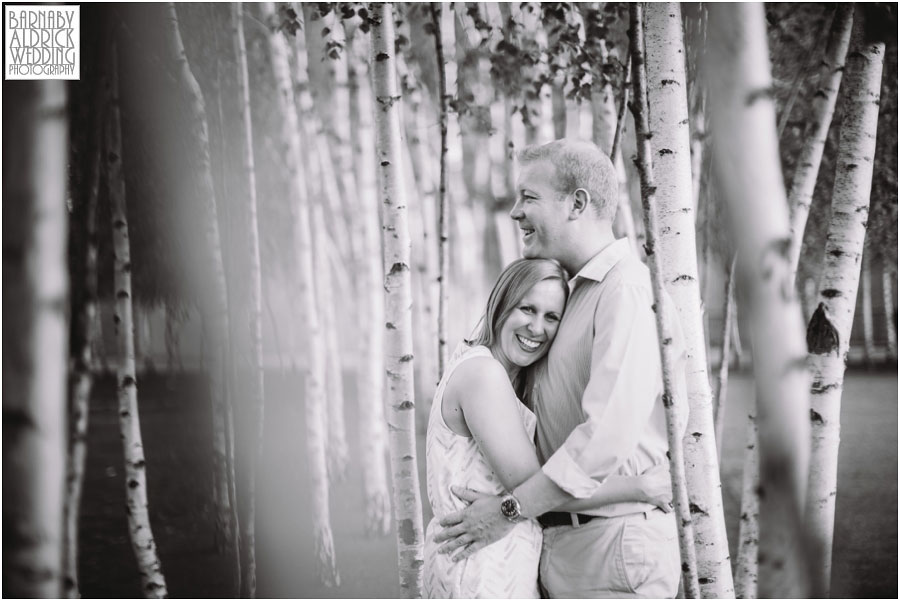 At The Millennium Footbridge, by the Tate Modern Art Gallery, we found these cool silver birch trees to cuddle in. 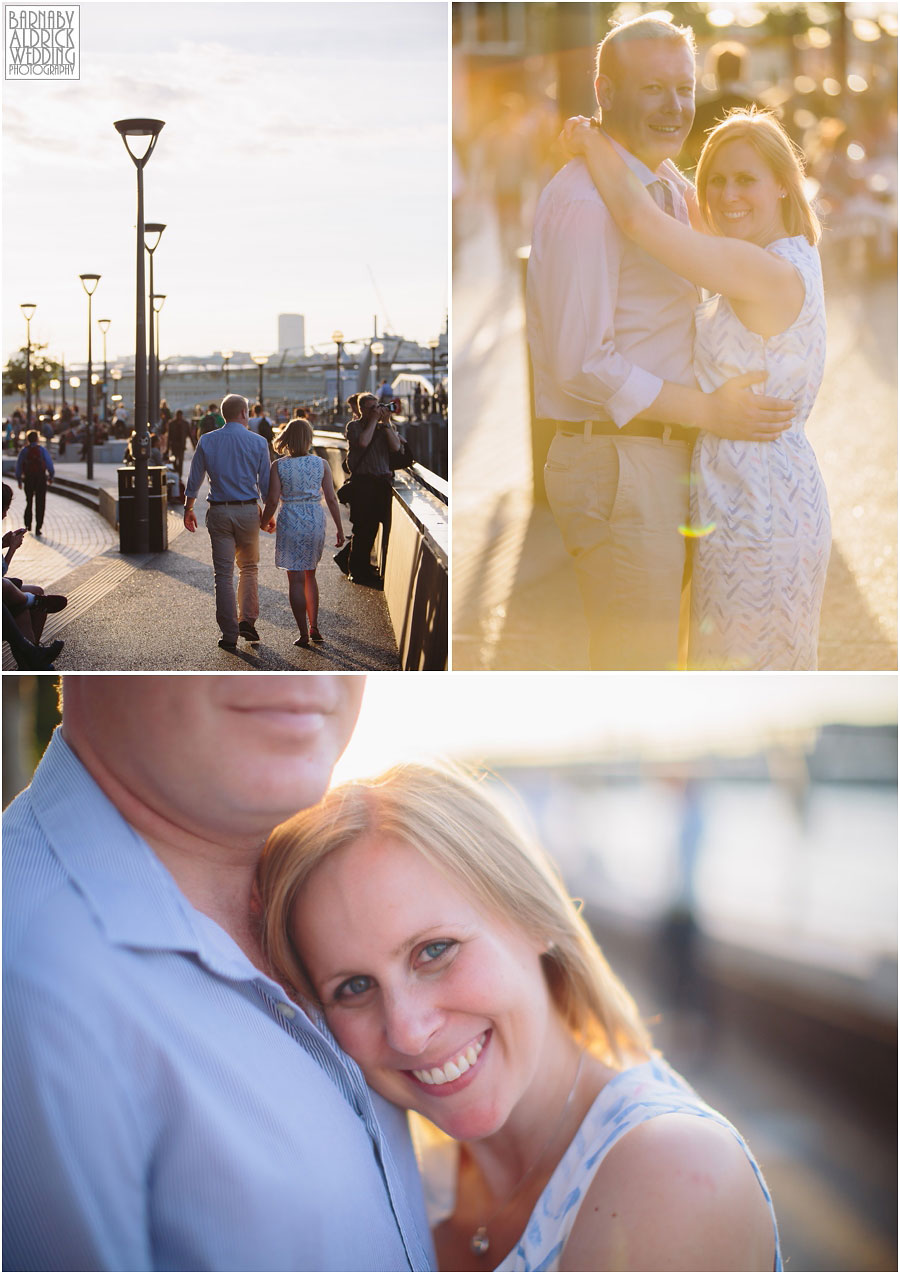 After which time, the sun had started to set and we had some beautiful golden hour light to shoot in! 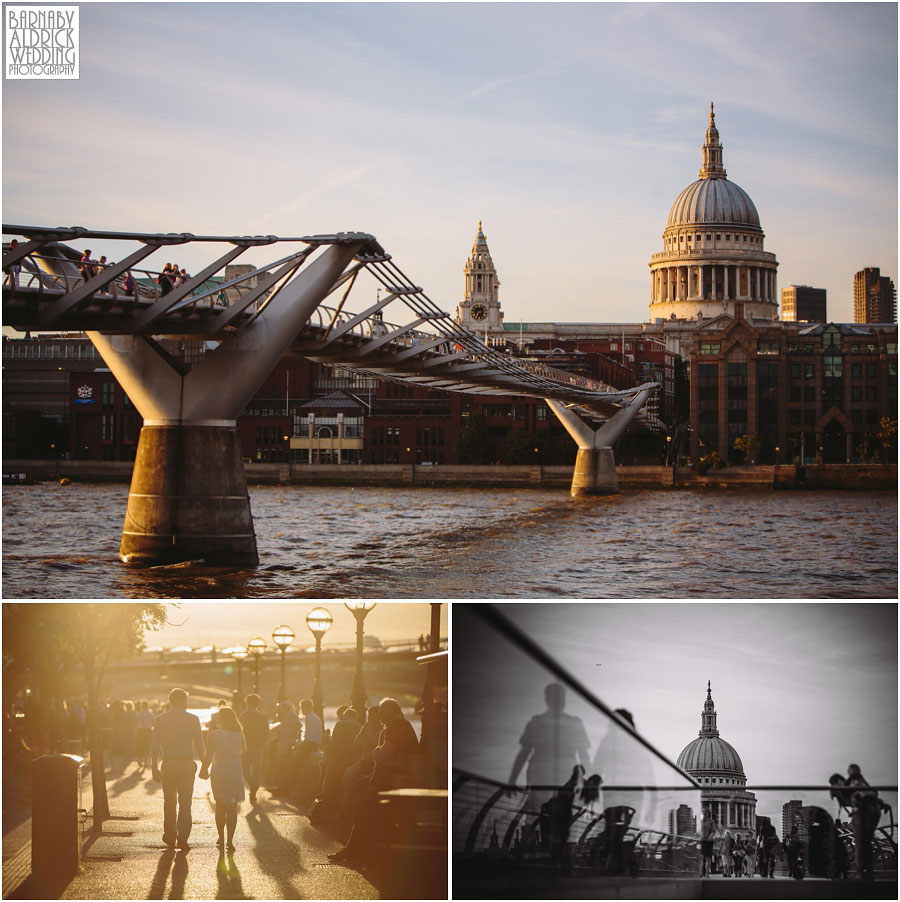 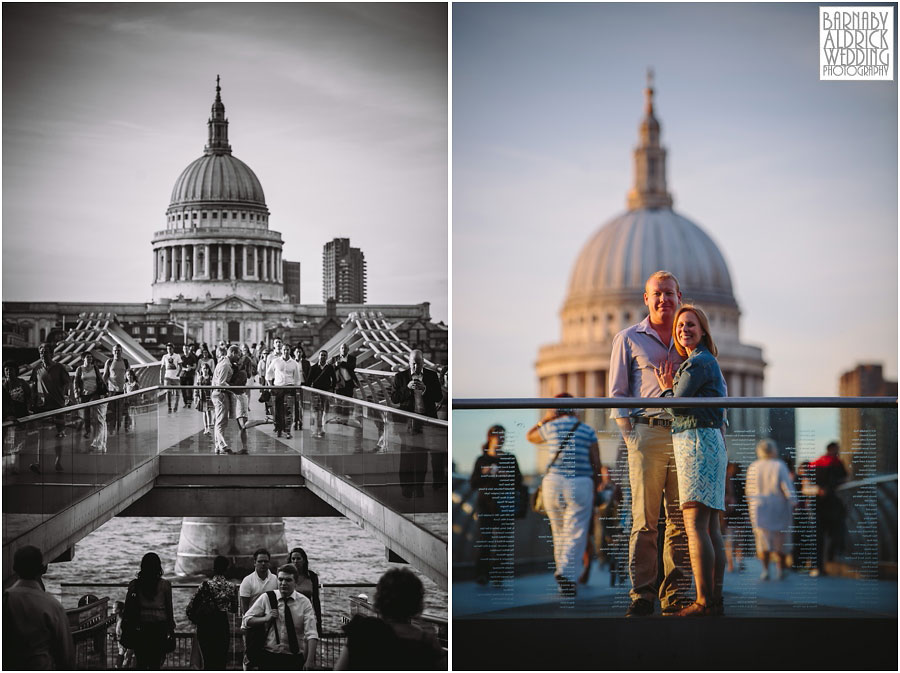 I’m really looking forward to this wedding, not only because it’ll be ace to see my old pal get married, but also because Rob’s in the Air Force so there’ll be dress uniforms on display!

Should be a fun wedding blog this one! 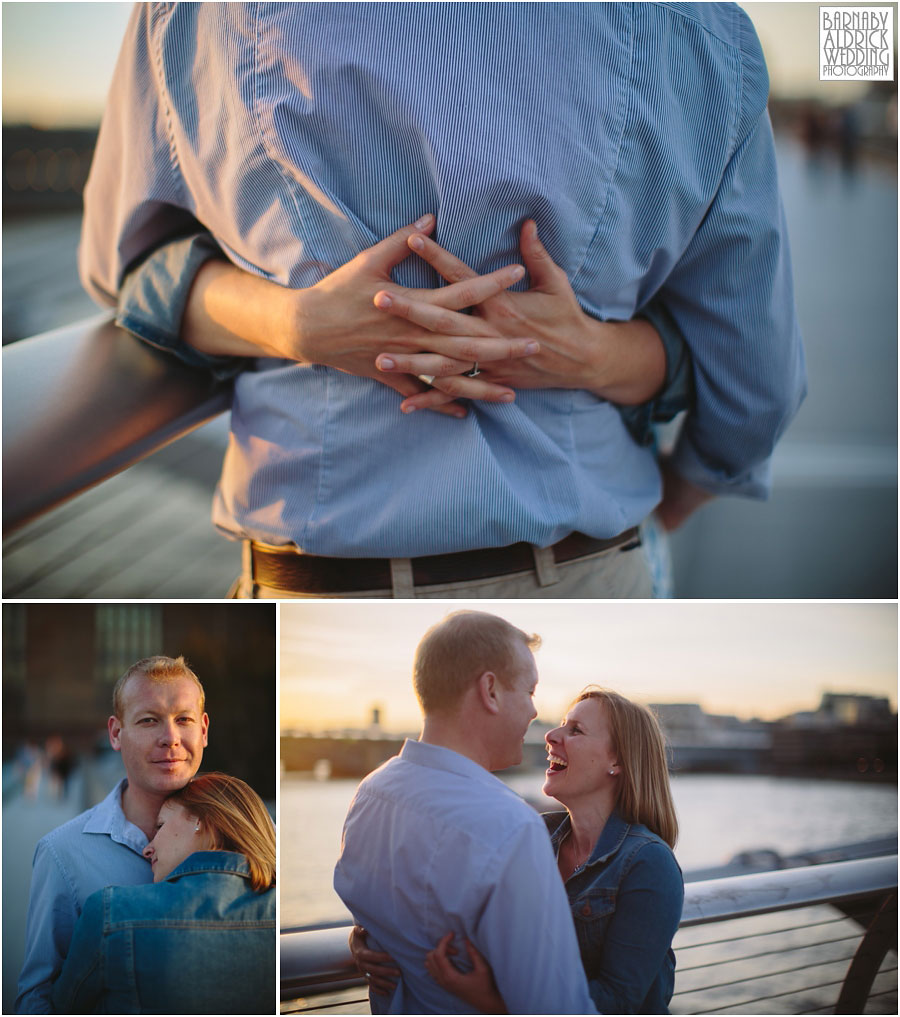 It was so nice to catch up with these guys and have a good wander around Bankside & London Bridge. 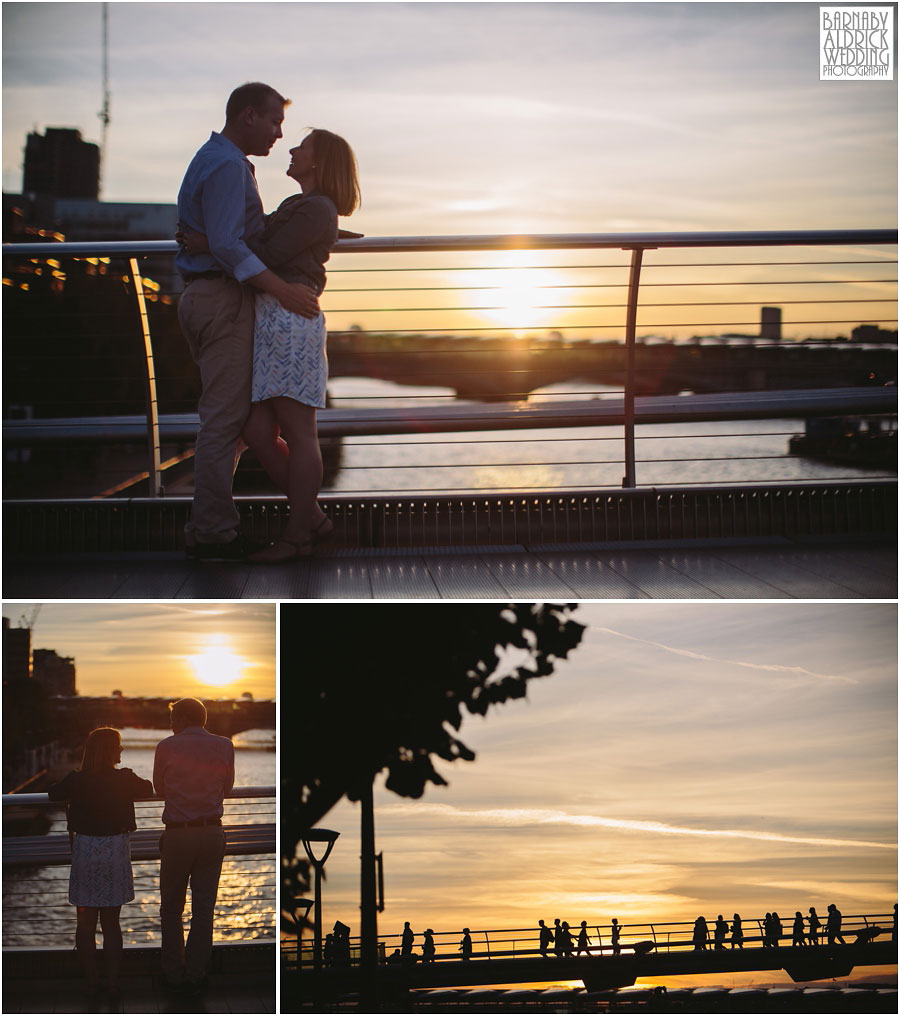 Afterwards, we headed out with Beccy & Rob for dinner at an ace Swedish place in ‘South Ken’ (daaaaarling) and proceeded to have a lovely weekend down in London!